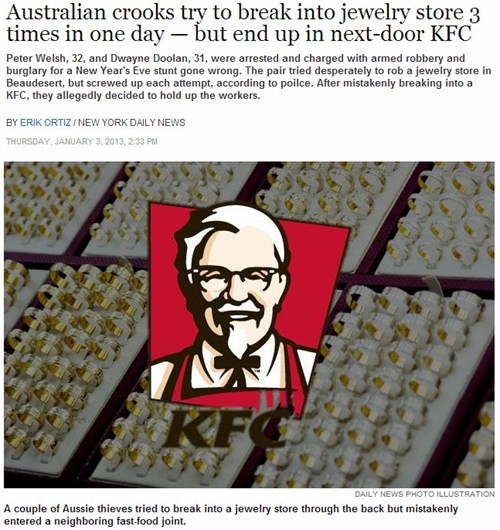 Photo of the Day: Man Tried to Smuggle 94 iPhones Into China 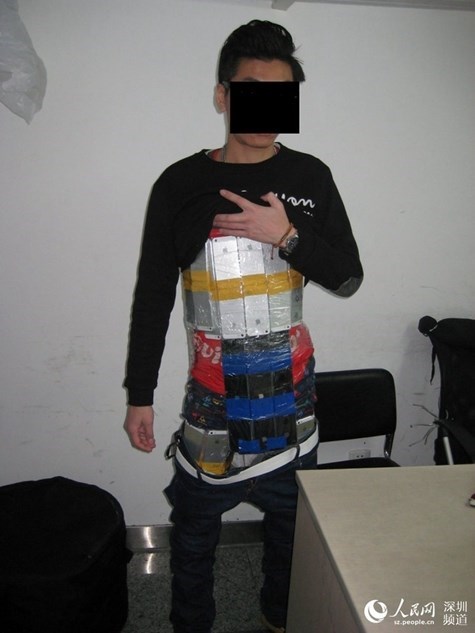 Is this Marvel's newest superhero?

A man in China was arrested this past weekend for trying to smuggle in 94 iPhones from Hong Kong where they are cheaper to purchase.

Customs officials were suspicious of the way he was walking, so they had him go through the metal detectors.

That's when they discovered $49,000 worth of Apple products (both iPhone 6 and iPhone 5S models) taped to his midsection in this makeshift suit of armor.

Witness the Glorious Ineptitude of This Attempted ATM Thief

Nothing Went Right in This Robbery 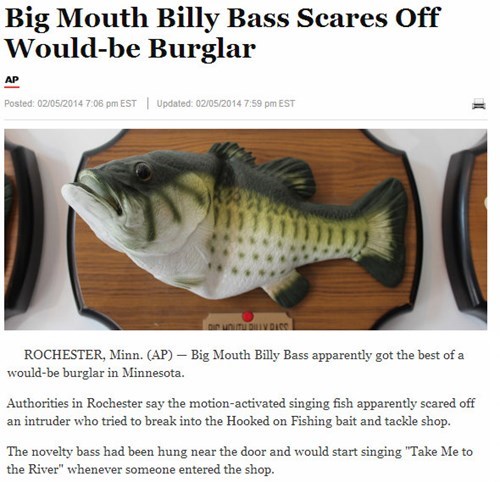 Sir, do You Know How Fast You Were Mowing That Lawn?

If You're Going to Deliver Meth by Drone, Keep it Under Six Pounds 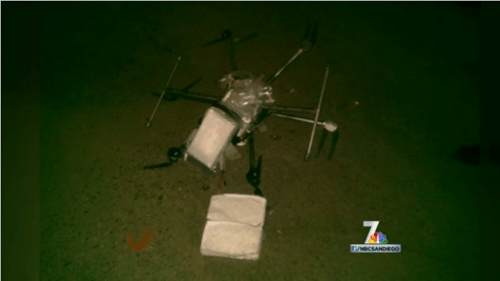 A drone carrying methamphetamine crashed in Mexico near the San Ysidro Port of Entry on Tuesday night.

The unmanned aircraft hauling more than 6 pounds of crystal meth in six packages fell from the sky into the parking lot of a supermarket in Tijuana just before 10 p.m., according to Vicente Calderon, a Tijuana-based freelance journalist for NBC 7.

An Idaho Man Wore This While Being Arrested on Robbery Charges. Seriously. 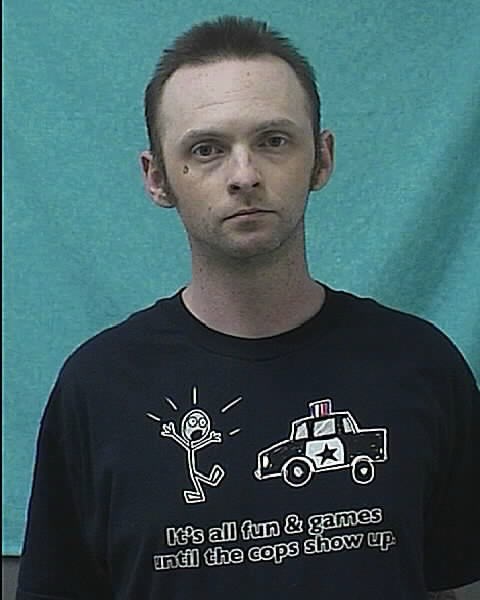 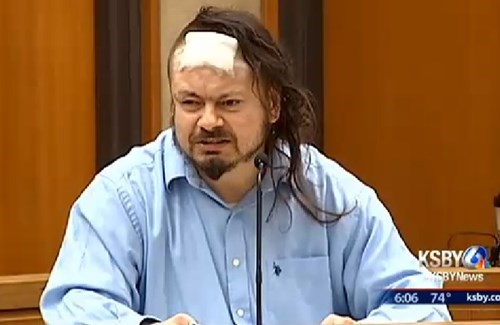 If there has ever been a reasonable case for a plea of insanity, maybe it's this one.

Andrew Gilbertson is charged with robbing a Bank of America in October 2013 - which is perhaps the first bullet point in an insane person. I mean come on, there are SO many easier illegal ways to get money in 2015. While taking the stand this Wednesday, he reached into his pants to grab his own personal brand for a snack, as instructed to him by the Virgin Mary herself.

Here's a video report of the full story, which thankfully does not feature any actual footage of the "One Disturbed Man, One Cup" incident:

This Counterfeiter Made a Real FAIL 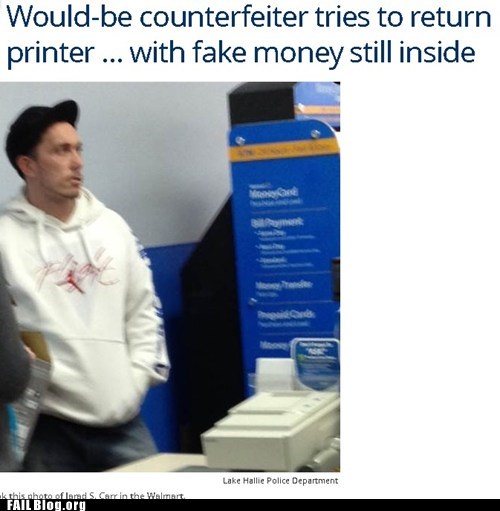 A Guy in Crutches Tried to Rob Kid Rock's House 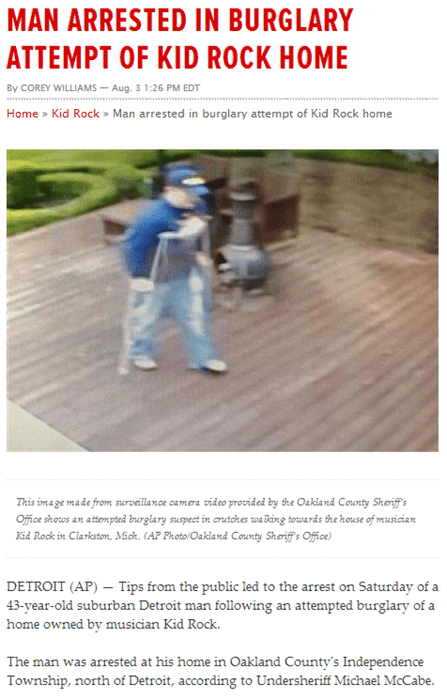 This is Easily the Saddest Mugshot Ever 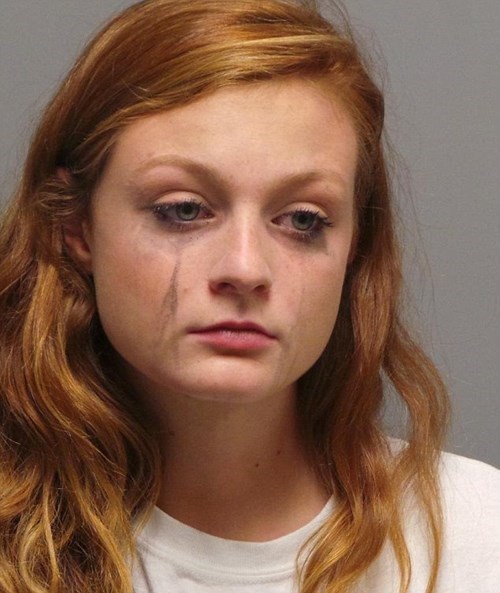 It's a story as old as time: Woman gets mad at bad parking job, woman stuffs banana in car's tailpipe, woman writes angry note then gets arrested for damaging said car. It's all pretty poetic, really.

The Judge Can't Even Believe This Guy's Name, and Neither Will You 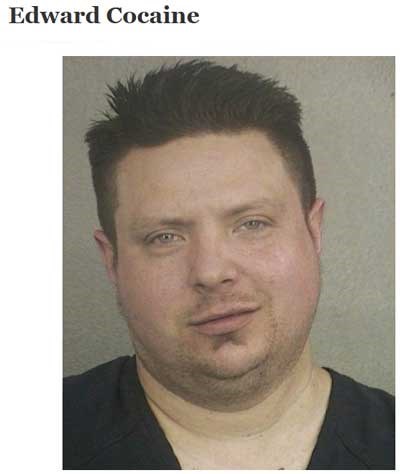 "My last name is c0caine," proudly stated the man at the podium. His name was indeed legal and inscribed on his driver's licence. "You know, I'd thought I'd seen it all," Hurley laughed, shaking his head. "How many times have the police told you to step out of the car during your life?" 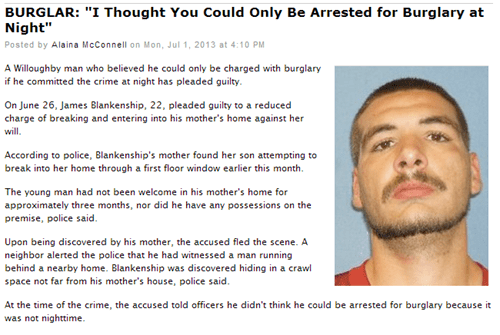 This Robber Plays Dead When His Burglary Goes Awry. Brilliant or Stupid?