Too Much Information FAIL 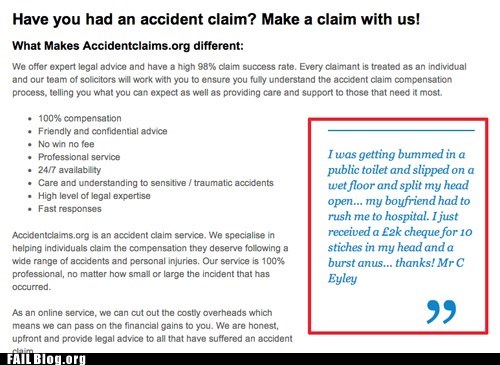 Unfortunately this page was removed from the main site, but the internet preserves all!

WARNING: Language in this video, and way too many close calls.

Body Mod of the Day: Guy Cuts Off Nose to Look Like Red Skull

This Venezuelan man is one of the latter.

Henry Damon had his nose chipped off along with several other surgeries to make him look more like the villain Red Skull from Captain America.

"He has loved comic books since he was a kid and always dreamed of being Red Skull, but never got round to doing it," said one of his friends.

Damon now goes by the name "Red Skull" and in addition to the nose removal, he also had his eyeballs tattooed black, his face tattooed red and black and subdermal lumps added to his forehead.

His next step is to get silicone implants on the cheekbones, chin and cheeks and dye his entire face red.

Maybe he should have opted for the Chris Evans look instead. 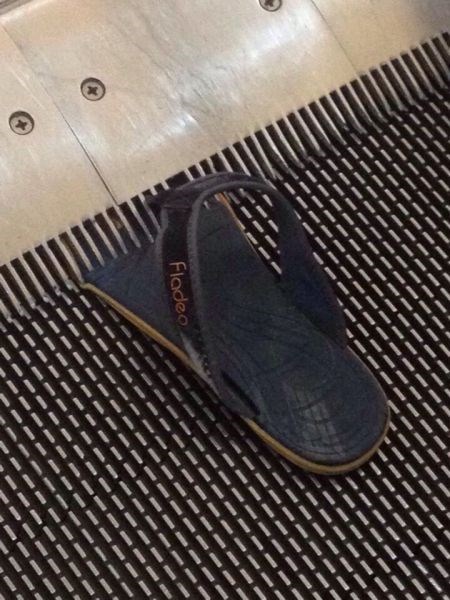 I Didn't Need to Wipe Anyway 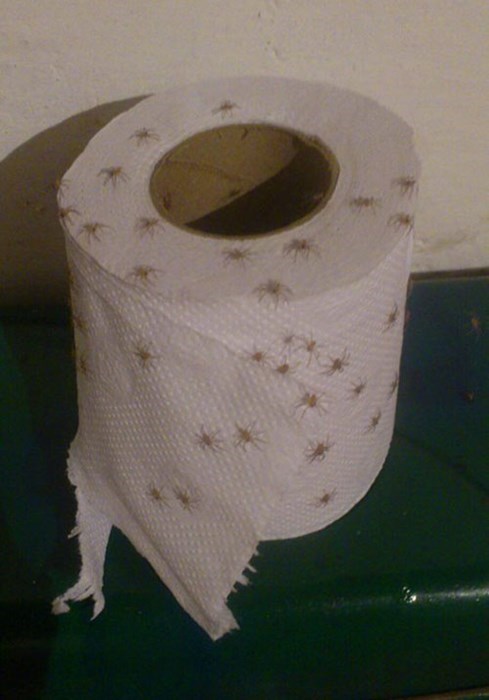 Having a Bad Day? At Least It's Not RAINING SPIDERS ON YOU

The Streets in Baltimore Are Literally Collapsing from Rainfall

You Will Never Poop in Peace Again 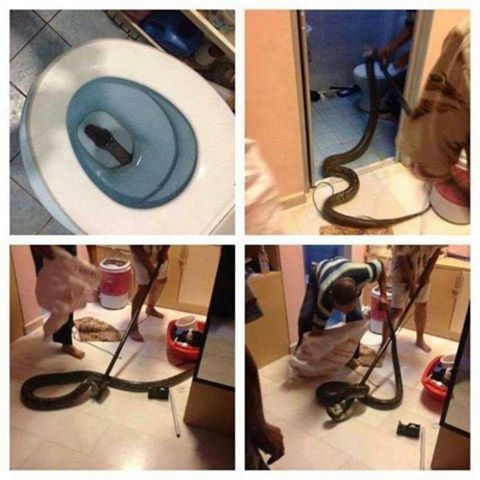 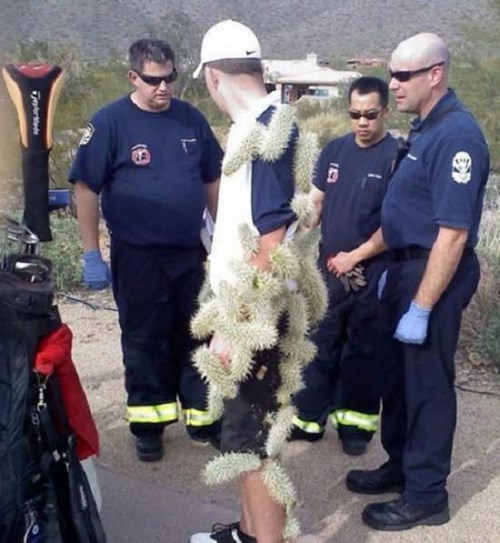 The Unluckiest Guy Gets Stuck in an Elevator With a Genuine Crazy Person. Elevator Karaoke Ensues.

WARNING: Language in this video. And sweet Metallica covers at the 1:30 mark. If you want to see what led us to this point, check it out here:

Glad I Missed It FAIL 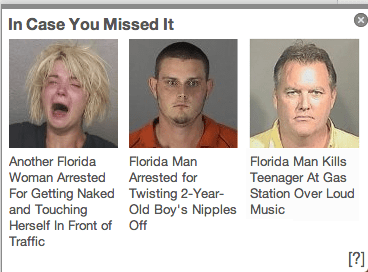 Yeah, so it's been a bit of a rough news week, it would seem.

That Prank Should Scare Away the New Tenants! 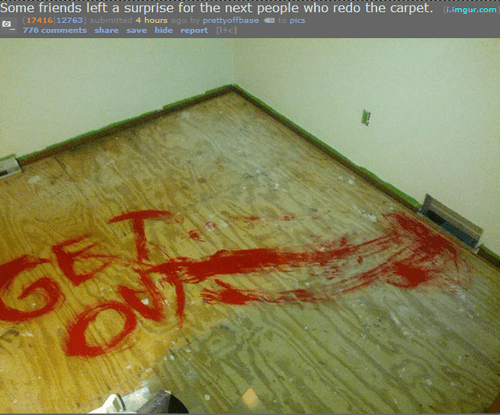 Well, it turns out that people don't care if you're a convicted child rapist on Tinder, as long as you're really attractive.

This 'experiment' was run by a user on Reddit who created a fake profile of a supremely attractive male model who confesses to 'wanting to be with kids'. The experiment itself is pretty f**ked up, but the reactions are even more so.

Never forget the rules of Tinder: 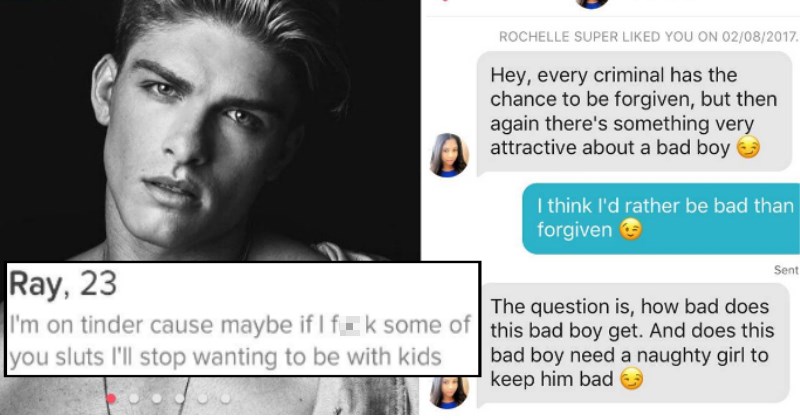 Never Ever Try This at Home: Brave (Crazy) Russians Test Out a Bulletproof Helmet

No seriously, this is the worst possible idea.