Oh boy, this is just beautiful. Karen the customer came in to a restaurant ready to stir up all kinds of trouble with her toxic stance of ferocious entitlement; but she met her match. Yes, turns out the best medicine for dealing with an angry Karen is to meet the entitlement with pure and unwavering kindness. It's as if the wholesome kindness counterbalances the negative Karen energy.

Check out some more Karen content with this work Karen who made everyone get up for a 4AM meeting. 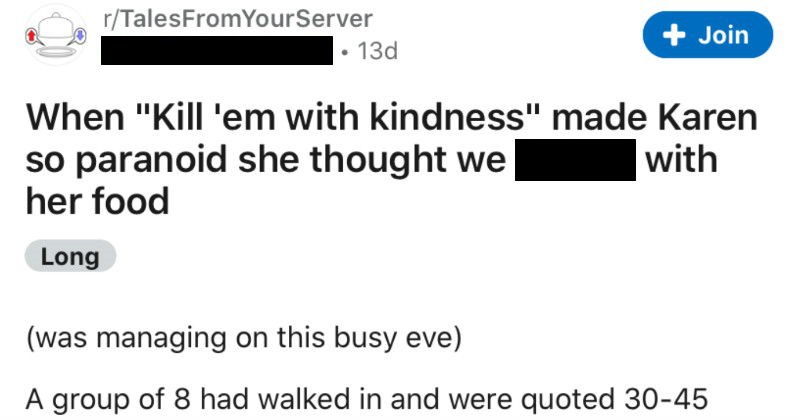 What a beautiful take on getting back at a testy customer. For whatever reason (ignorance), some customers think it's alright to turn up at establishments and stink up the atmosphere with toxicity, entitlement, and aggressive rudeness. In this scenario, Karen meets her match in a server who decided to approach Karen's unpleasant cloud of negativity with excellent customer service, and theatrical apologies to the point that Karen actually seemed to wake up.

Check out another time that Karen lost, with this tech support employee who called Karen's bluff.

Sometimes customers throw out an order that seems to escape the very definition of logic. It's like the customers just threw a bunch of random foods together, and decided to surprise the waiters with pure nonsense. I mean, hey, everyone has their thing, and sometimes people enjoy a particular food combination like ice cream and ketchup. Yes, let that settle. Ice cream and ketchup. 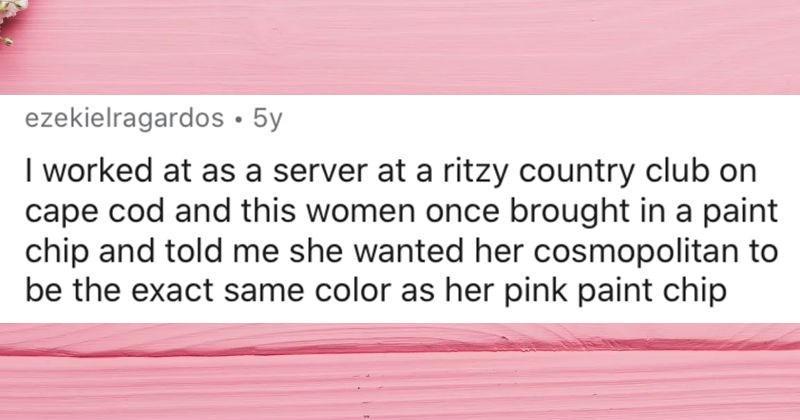 Waiters, waitresses, and baristas are sharing their unexpected overheards that they've experienced while working on the job. Nothing quite like just trying to muddle through your work day, while you're also playing third party to what could be the ending of a relationship, or some other kind of emotional blowup between a couple people eating a meal. 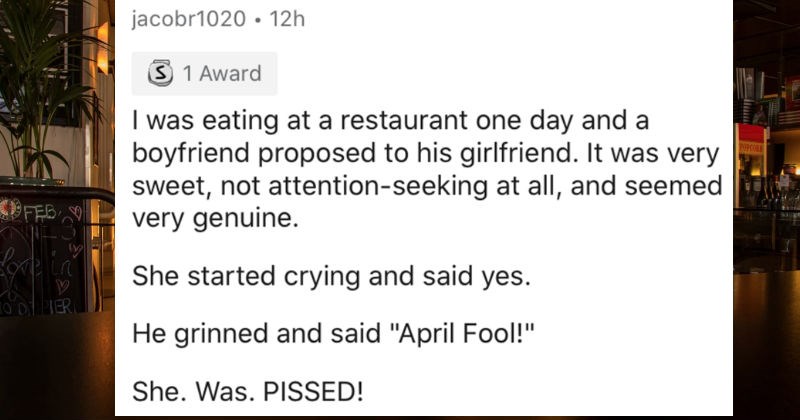 Waitress Gets Back At Mean Boss By Spreading All The Kindness

This waitress managed to get back at her mean boss lady in quite the satisfying way. The saying "kill em with kindness" has never rang more true. In this case, the mean boss lady won't give the waitress her birthday off from work. So, after doing something totally normal like working on trading shifts around she managed to piss off the boss so much that she gets called out for being rude.

From there, she decides to quit at the end of the season, but commits herself to being nice as possible to everyone around her. She ends up winning over the hearts of all her co-workers, so much that they quit with her! 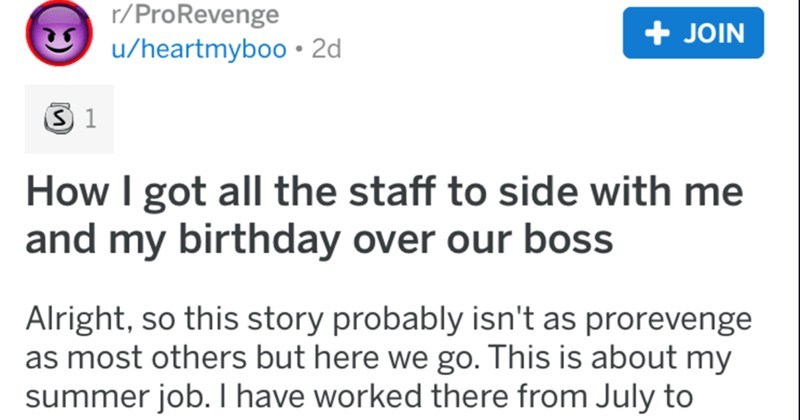 This server shares a story about trying out the honest approach with some awful customers. If anything it's impressive and encouraging that this server actually got through to them. They did not sound like the kind of people that would approach much of anything with an open mind. 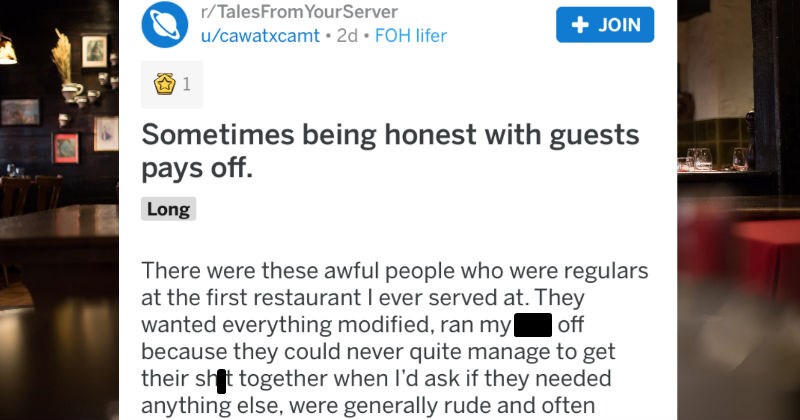 Waiters and waitresses have that outside-in perspective when it comes to you entering their domain, to take a chance at meeting someone for your first date. Those sporadic conversations you have with your date, consisting of information you'd already know if the other person was a consistent part of your life, are a giveaway. But at the same time, things aren't always as they appear. Maybe you're reading this as someone who's in a loving relationship, and realizing you might look like you're on a first date with your partner, every time you guys go out! 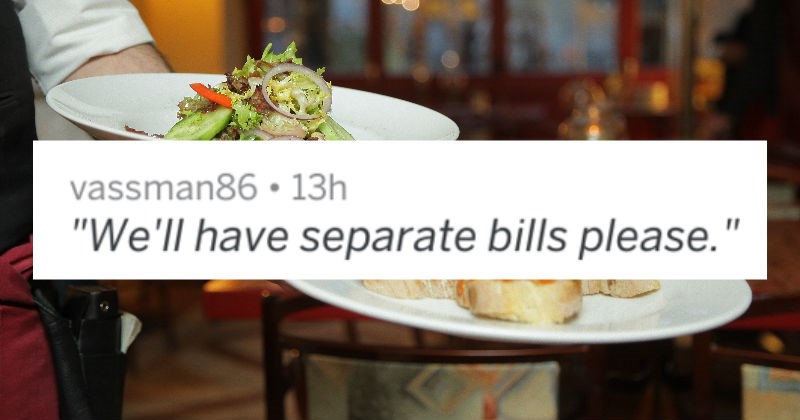 This unfaithful bastard had it coming. The fact he went and ate at the same restaurant with his wife AND side chick just screams careless stupidity. 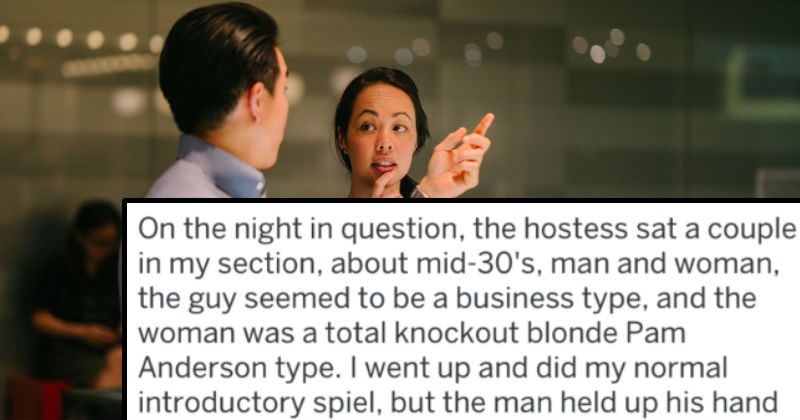 Every time you've had an awkward meal, your server has totally picked up on it. And if you're lucky, they tell that story about you all the time. Also, quick tip: it's probably a good idea to not propose at Olive Garden. 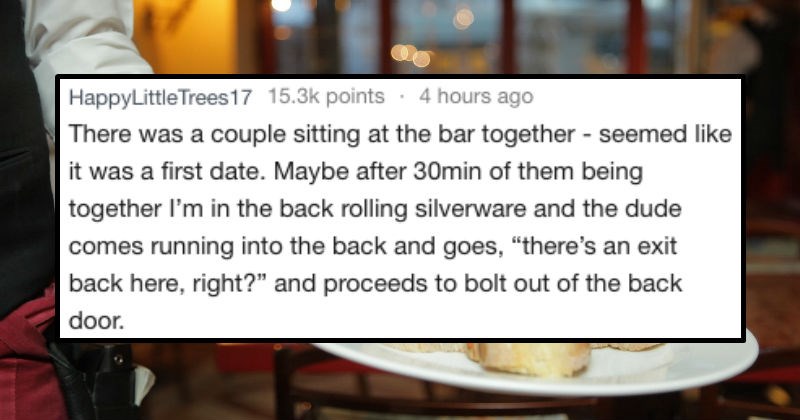 She singlehandedly restored our faith in humanity for a moment. 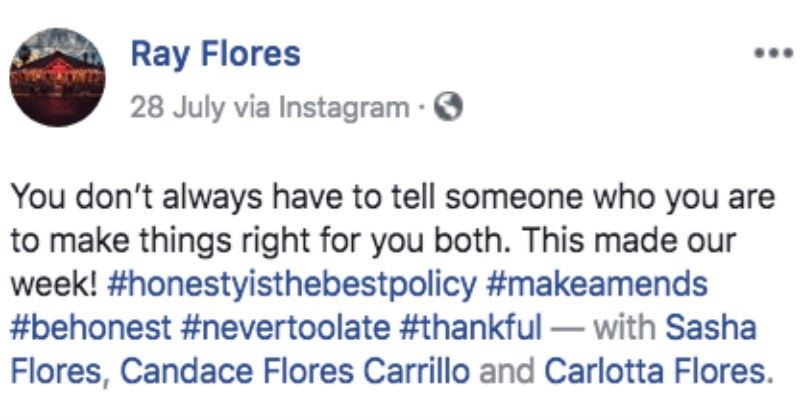 Waitress Gets Shamed For Disgusting Customer Service On Father's Day

The receipt makes explaining this one away near-impossible. Can I get a, "JOB OPENING!" ? 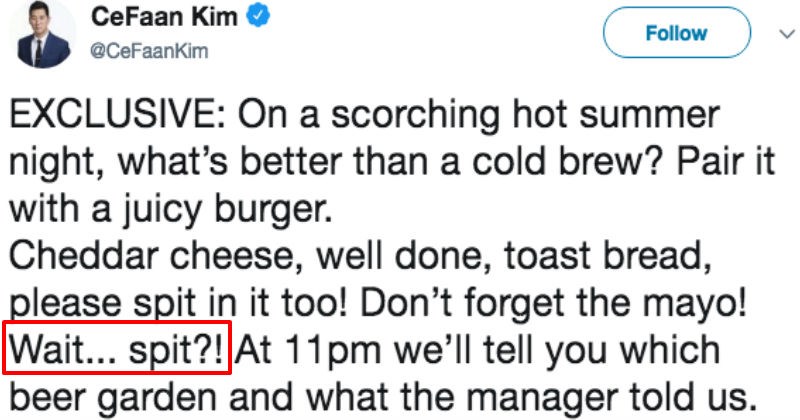 Who's in the wrong here? 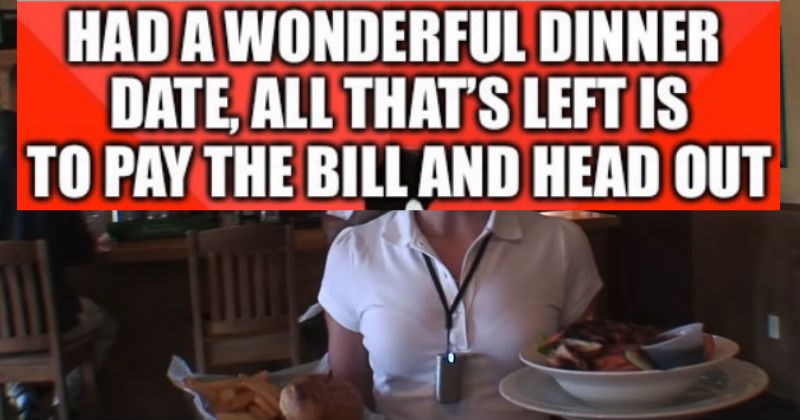 College Student Quits Waitress Job to Become Full-Time Sugar Baby, and Her Life Is Even More Ridiculous Than We Thought Possible

Apparently slinging grimy, sauce-crusted dishes while dealing with predictably testy patrons at her local restaurant just wasn't getting it done. The only logical next step was 'vaguely' whoreing herself out as a sugar baby, which is quite the lucrative career. I quote our Sugar Baby of the hour, “I did buy a bra that was $500”. Yo, that's well outside the min wage/tip jar budget, so if that's what gets her off in this crazy little thing called life...well, then have at it.

I'm feeling for the poor boyfriend in this situation that's just one more bedazzled, $500 bra away from full-fledged cuckolding. 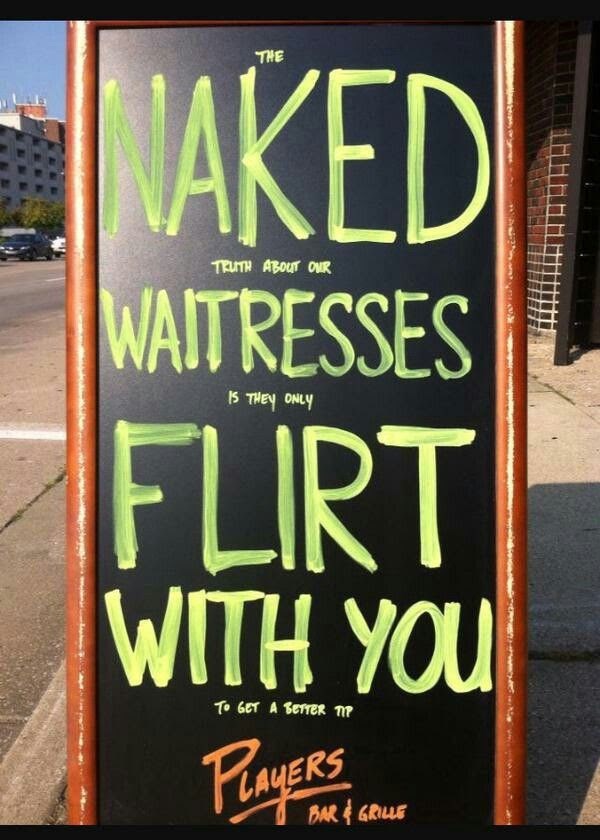 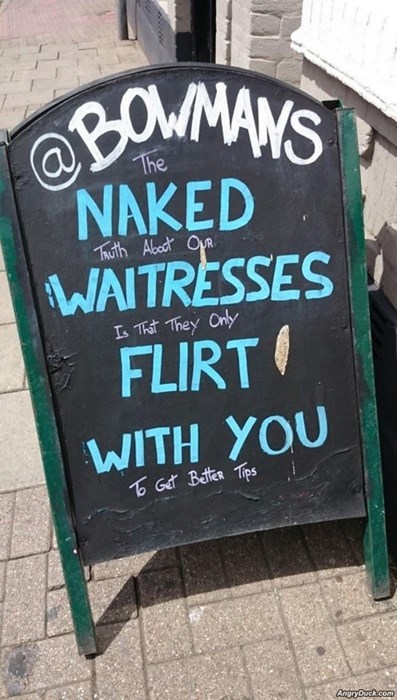 I Think The Waitress Was Trying To Tell Me Something 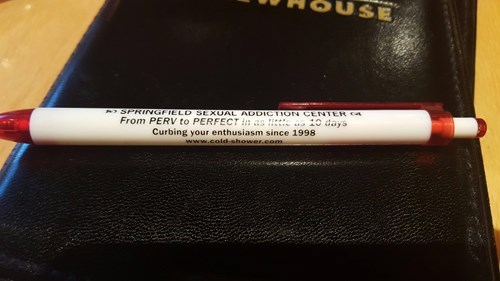