I guess a devilish and hilarious little prank like this goes to show that one should never stand in the way of a dude and his dang WWE pay-per-view.

Sure, the world might have its own expectations about what is proper conduct, but the mad lads of the world don't see it that way. Mad lads pave their own way through shenanigans, trickery and bold brashness of all kinds. They may have different ideas of what counts as out-of-bounds, but they're all maniacal mad lads who don't give a dang. 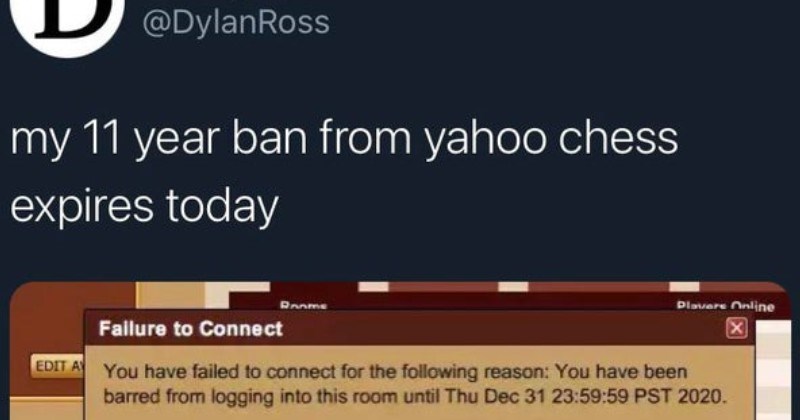 Dad's just too clever for his own good. We get the feeling that this is the kind of dad who gets a whole lot of enjoyment out of dispensing a steady procession of dad jokes that are dangerously dadly.

Of all the pranks we've come across for when the city gets blanketed in a ton of snow, this one right here might be the most clever and devilish of them all. Just imagine what must've been going through their poor neighbor's head when they saw the scene of the (staged) crime.

Package Thieves And Porch Pirates Get Defeated By Glitter Bomb

Man, there's nothing lower than having the audacity to steal people's packages off their front porches. But alas, people just keep on doing it. Well, this dude has an established reputation at this point for combating all that bullish thievery with ingenious glitter bomb traps. The thieves never see it coming, and it's absolutely glorious. Enjoy this compilation of porch pirates getting their rightful comeuppance.

Mad Lads Who Blazed Their Own Path

In this world of structure and rigid expectations, nothing hits the spot quite like mad lads who play by their own rules. We spend so much time and energy following the humdrum of daily life that seeing someone go out of their way to do something stupid, weird or clever is a breath of fresh air. These mad lads played the game their way. 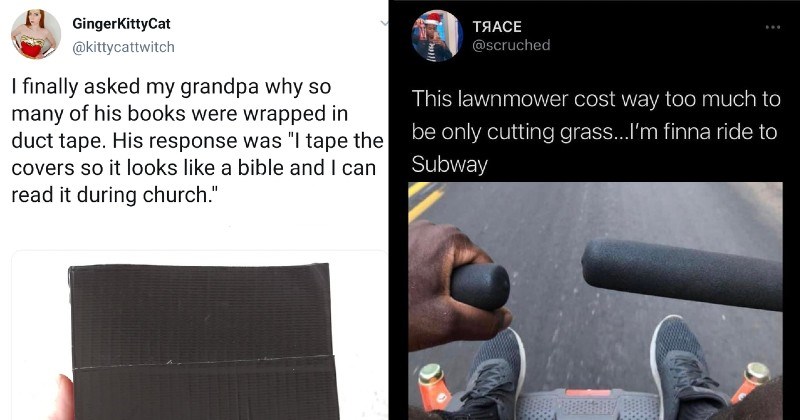 Leave it to Ryan Reynolds to make the most out of his quarantine time by putting together a hilarious dating app parody that perfectly mocks the dumpster fire of a year that has been 2020. He manages to creatively point out that 2020 basically walked right out of hell itself. Check out some more comedy gold from Twitter king, Ryan Reynolds, over here.

James clearly has it all figured out. There was a little bit of stress over that language question, but the dude still managed to glide right through it like a true champion.

Via David Dobrik Too
Repost
Recaption

Sacha Baron Cohen's off the cuff one liner skills are off the charts. The dude's timing couldn't have been any better.

"What am I missing here?" Apparently that wig really did its job after all. That being said, this is just too sweet and wholesome.

Mad Lads Who Played By Their Own Rules

Be they a silver tongued devil, one such merry prankster, or perchance a chaotic force of shenaniganry, these mad lads don't give a dang. Does the world need more humorous chaos? Maybe? Though sometimes those on the receiving end of a mad lad's prankery might not feel the same way. 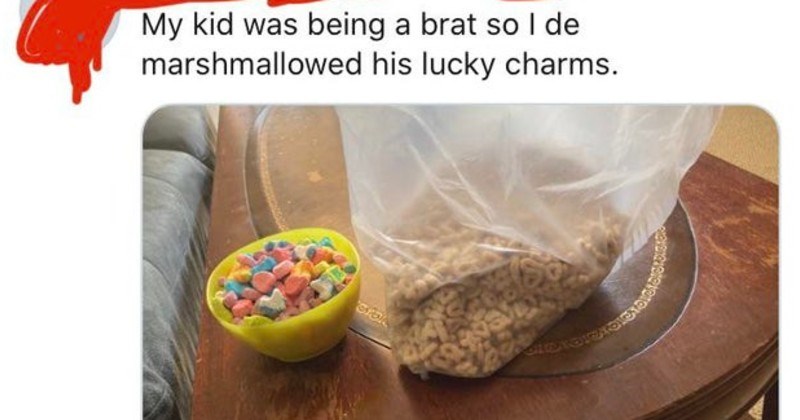 Poor dude was just trying to see if Tess was around. By the time he went and connected the dots it was far too late.

This is the teacher that everyone wishes they had when they were in school.

What began as a silly spider prank, evolved into a rollercoaster of unforeseen circumstances. Just picturing a prank backfiring to such an extent that you're literally staring at your boss who looks like he's having a heart attack, is enough to give anyone with a decent head on their shoulders, the fear. As it turns out though, this boss was merely taking the prank to the next level, and pulling the iconic reverse UNO card. Did the boss take it too far, by letting things play out for as long as he did? Maybe so. At least we got this story out of the experience. 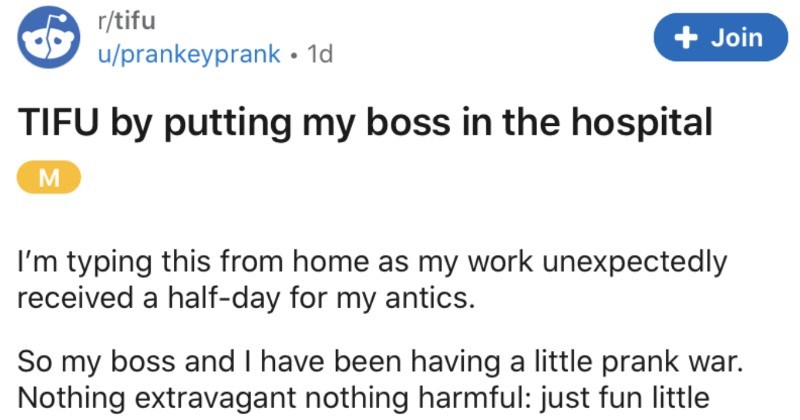 Sister's One Direction Posters Get Shrekt

Ah, yes, good old sibling rivalries. These rivalries can manifest in brothers and sisters playing extremely devious pranks on one another. For instance, this guy who decided that he'd redecorate his sister's most cherished "One Direction" belongings with a ton of Shrek faces. 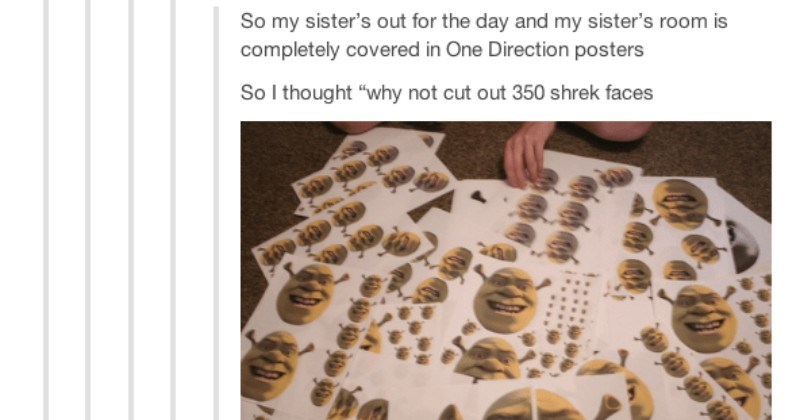