The Govenment Has Officially Banned Nickelbacks, Plus Several Other Shitty Bands 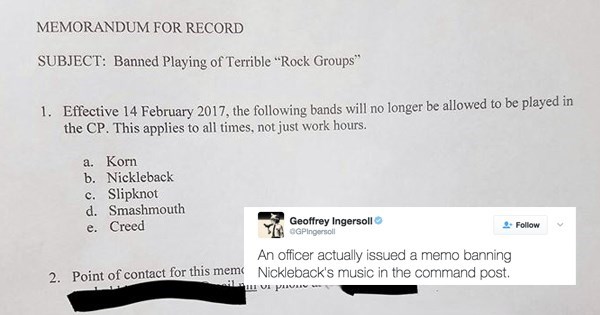 We all spend a lot of time giving Nickelback a hard time. Why? Because they are demonstrably lame. Sorry, Canadians.

But apparently the Department of Defense isn't having it anymore. This memo, which as been shared over 1,500 times on Twitter, officially bans Nickelback, among other "Terrible 'Rock Groups'" from Command Post.

So if you were thinking about playing your copy of KoRn's Follow the Leader or "All-Star," you could be cleaning the floors with a toothbrush.
Comments

Yesterday we reported with glee that Arnold Schwarzenegger gave a quick slam to Canadian doormat Nickelback, saying that they have a higher approval rating than Congress.

When Congress is less popular than herpes & Nickelback, how do 97% of them get re-elected? Gerrymandering. WATCH: https://t.co/SoX0tdlTeM

Well, Nickelback has struck back, asking Arnold to look at the proverbial Photograph, which apparently is a production still from Batman & Robin.

Then Arnold responded to that and the two buried the hatchet.

Suddently, it became apparent that all the world events were converging into one. Arnold, Nickelback, gerrymandering? What did it all mean? Were we on some collision course with the future? The unknown future rolls toward us. I face it, for the first time, with a sense of hope. Because if a machine, a Terminator, can learn the value of human life, maybe we can too.

Avril Lavigne is Fed Up with People Bashing Nickelback 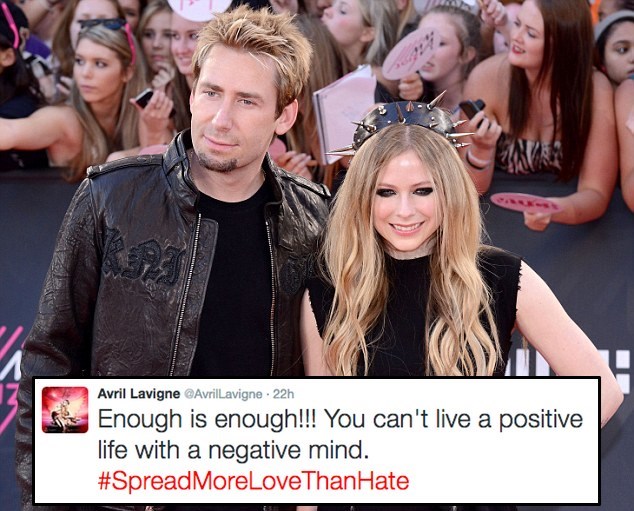 If there's one thing the internet loves to hate on, it's Nickelback. Even though every '90s kid can sing along to that 'Photograph' song, or even 'How You Remind Me' it's something they wish the could forget.

Avril Lavigne is on a mission to squash the hate and asks fans to remember the good times. You know, those times where you were force fed Nickelback on the radio and there was nothing you could do about it... 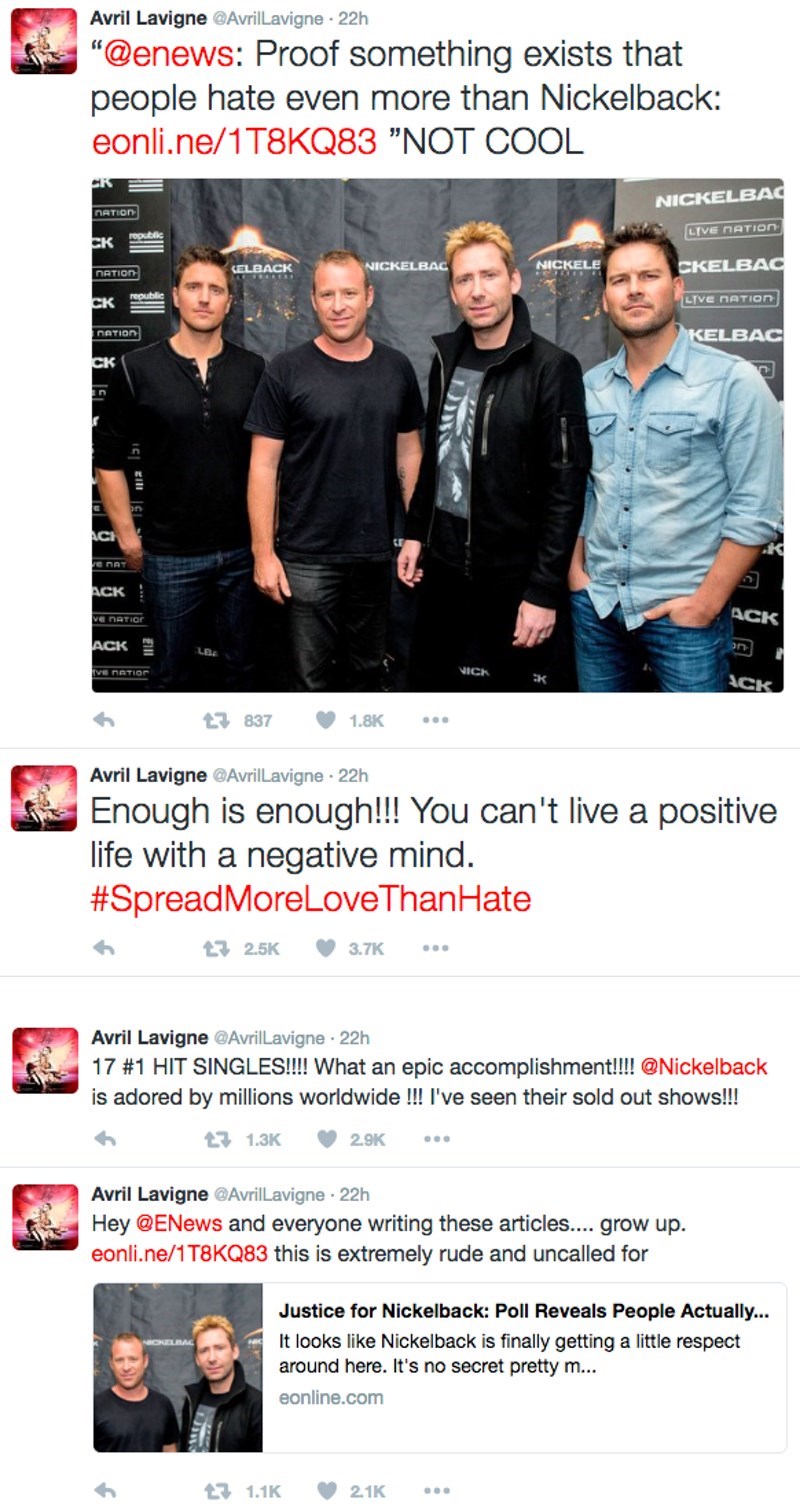 Nickelblock is the App Everyone After a Breakup Deserves

There Was No Greater News That Day 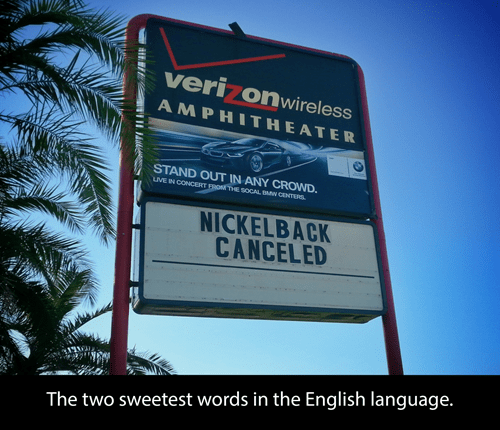 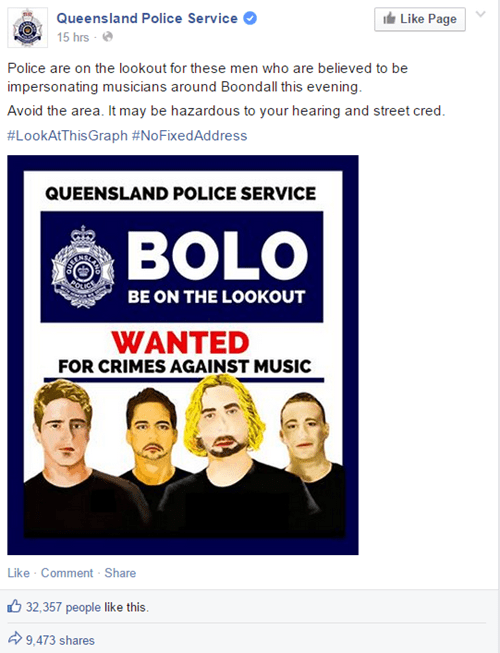 When the band isn't forcing all of us into rudimentary data analysis, they're busy touring Australia and subjecting good normal folk to Neo-Dad-Rock anthems. Thankfully, the Queensland Police department has had it up to here with the band and has warned the public of their arrival.

Personally I just hope we get some convenient spider rain during their show. Is that so much to ask?

And this isn't even the first time the Queensland Police have shown their distaste for the band:

You Should Be Glad They Don't Recognize the Nickelback Song 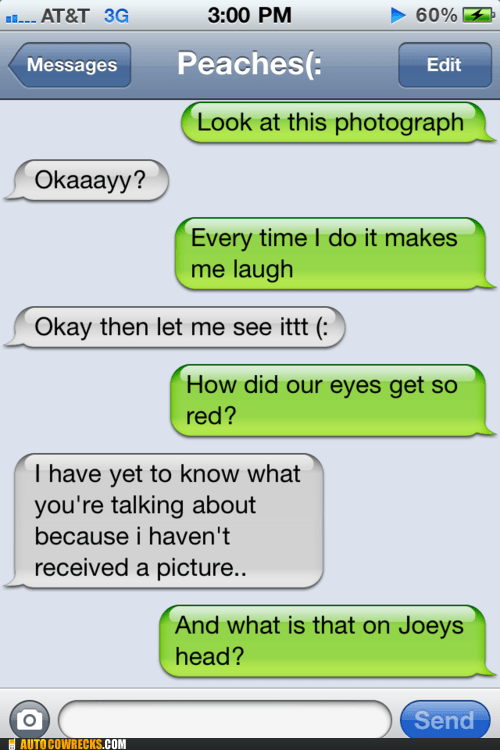 No seriously, I'm not singing anymore. What's that on Joey's head, he's starting to weird me out...

It's Cold in Canada, But Not This Cold 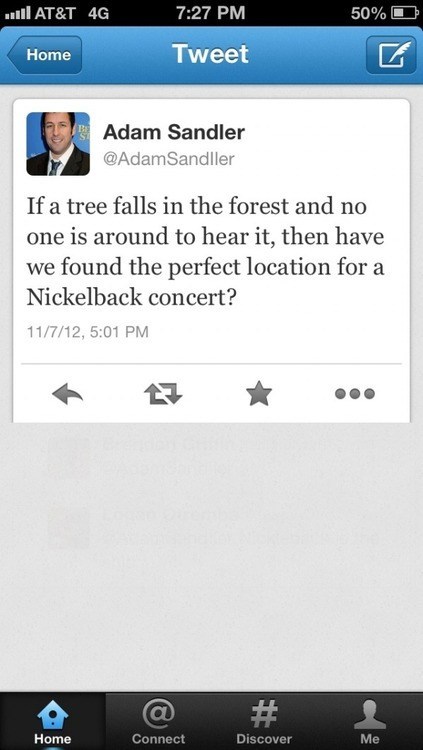 DON'T Look at This Photograph 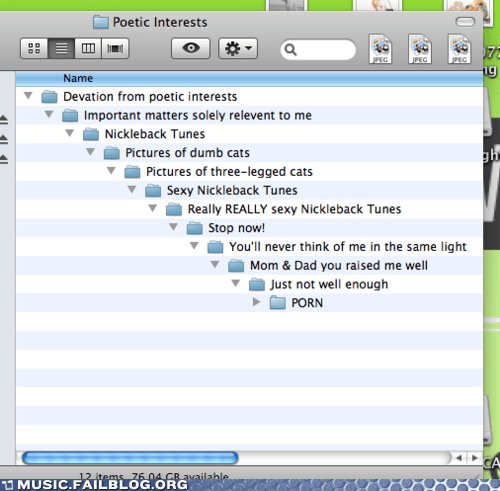 You Can't Polish a Turd 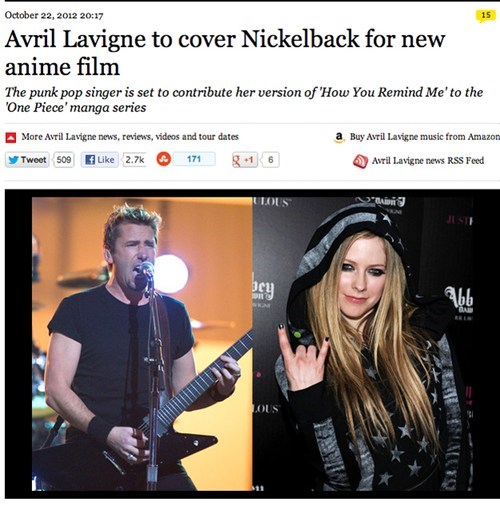 Nickelback is So Groovy 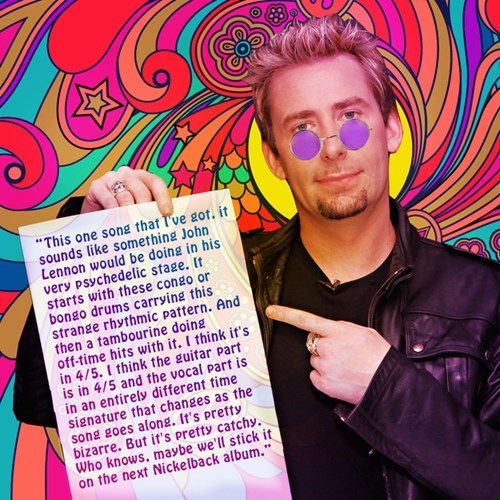 Chad Kreuger: the musical genius behind the Lennonesque song with a meter of possibly 4/5... or 5/4... wait, what's a music?

First You're Going to Need to Make Change...

Is That a New Single Falling Out the Back? 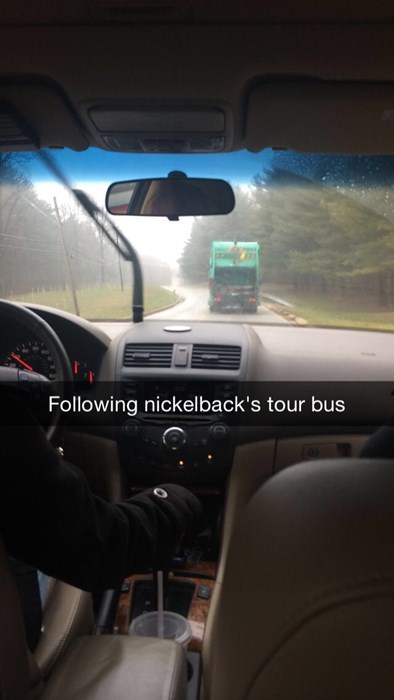 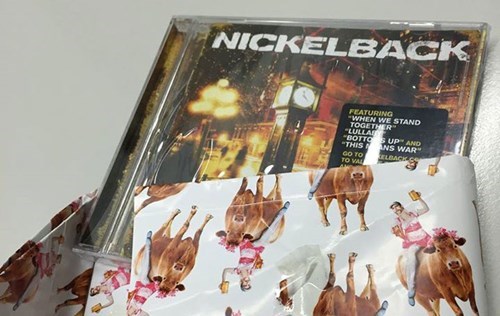 The Queensland Police Service is having a little fun at Nickelback's expense this Christmas.

The cops posted this photo of one of their recently unwrapped CDs on Facebook along with the following message:

Police media team report a suspicious package has been received as part of the office secret Santa. It will now be destroyed

Apparently hating on Nickelback has now become an international pastime.

What's Worse Than Finding Out Your Kid Does Drugs?