Recently a mysterious figure using an old TV set as a mask delivered a bunch of old TVs to 50 people's doorsteps. Here's the full Washington Post story, but mostly people were intrigued by the strange nature of the act. The police weren't even sure if any crimes were actually being committed. Is the TV Head Guy just someone who needs to get rid of a bunch of TVs? Is this performance art? Apparently a similar TV doorstep thing has happened in that area in the past, so maybe people will just have to get used to it. Perhaps the creepiness of it is worthy of a cursed image? Either way, anything can happen out there, people see weird and creepy stuff at night. 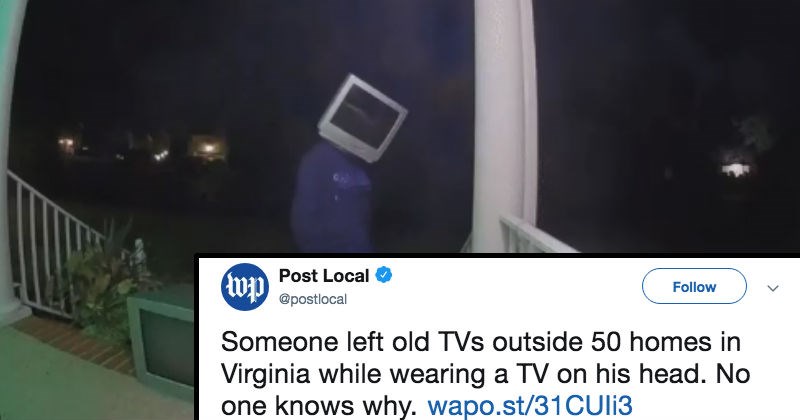 Keaton Patti is a wonderfully weird writer who's behind other "bot written" scripts such as this John Wick script, as well as this Diner's Drive-Ins and Dives script. He claims that each one is written by a computer program that has consumed over a thousand hours of their respective content, but since the amount of content for each doesn't come close to a thousand hours, we're not so sure about that process. Either way, we love these. 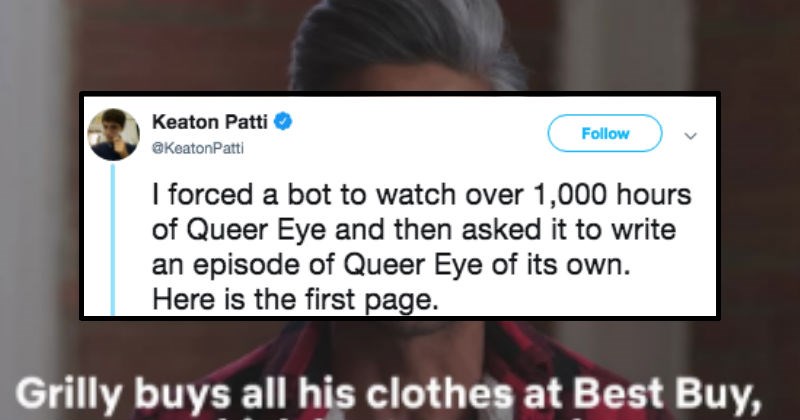 Best Exit from a TV Show That the World's Ever Seen

We've seen it before in tons of reality competition tv shows. Someone's leaving the show and they get to make a final statement. But this guy, holy crap this guy. We're pretty sure the first half of this guy's speech is ripped from Rocky Balboa in 2006. The rest is uh... the rest is hard to put into words. Like it's literally hard to spell.

Game of Thrones might be over, but that doesn't mean that we don't want that (much needed) apology for how things shook out over Season 8. You could say that fans were just a little bit disappointed. That being said, this deep fake of Jon Snow apologizing for Game of Thrones Season 8 is pure gold.

It's no secret that HBO's Chernobyl has taken the world by storm. It's being hailed as the highest rated TV series of all time on IMDB. No small feat! This gallery compares the show's prominent characters and scenes to their real world counterparts. The results are equally as chilling. 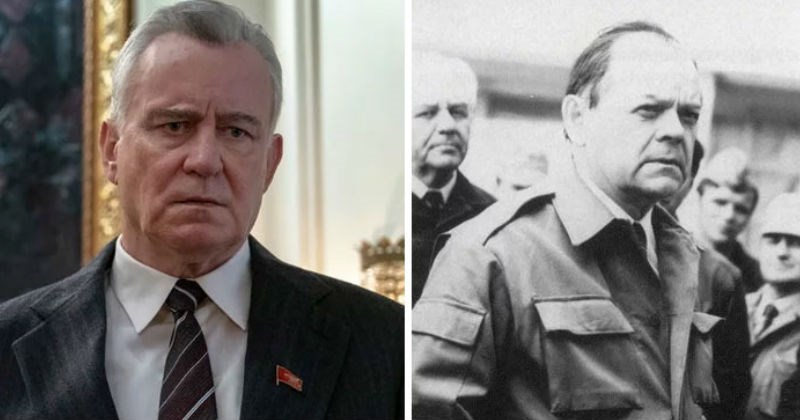 Well, play stupid games, get stupid prizes. We're fans of any revenge story where the powers that be get theirs just for thinking they could swing their weight around. Check out this story for a sales dude getting back at his company. 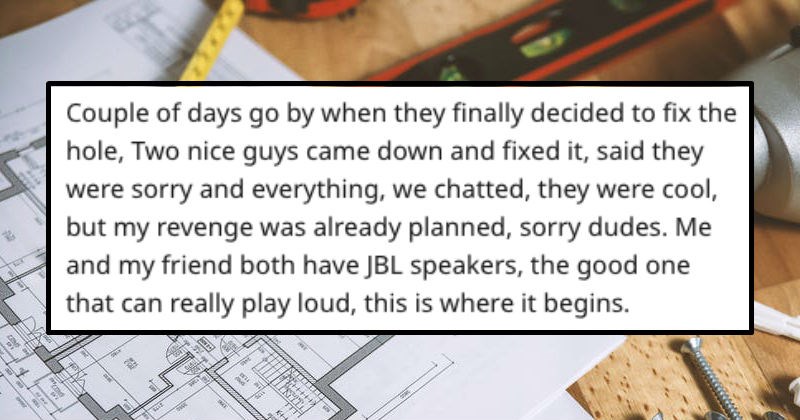 Twitter users are reminiscing on those TV shows they watched back in the day that have since then aged terribly. There seemed to be a lot of hate towards that show Entourage. Seems like some scripts just can't keep up with these changing, evolving times. 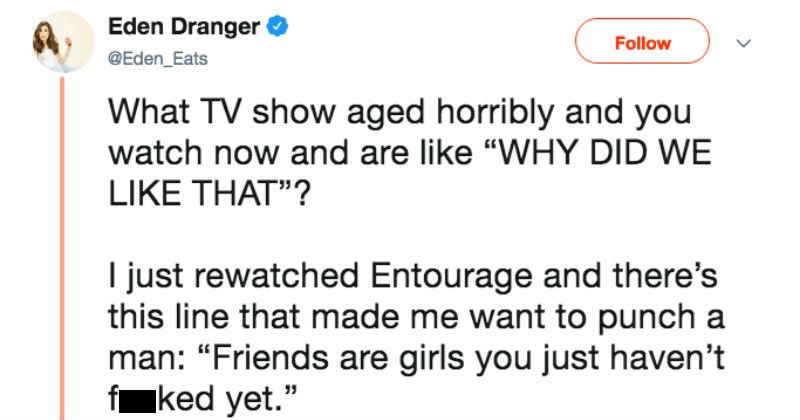 WATCH: Weatherman @JamieFOX45Now in Dayton, Ohio snapped at viewers complaining on social media about the network's decision to cut into The Bachelorette Monday evening with emergency tornado warning coverage

"I'm done with you people, I really am. This is pathetic" pic.twitter.com/m4nxmoUUkY

Jamie Simpson, a meteorologist based out of Dayton, Ohio called out angry viewers for complaining about his tornado warnings interrupting the latest Bachelorette episode.

He's clearly had enough. "I'm done with you people, I really am. This is pathetic"

Game Of Thrones Cast Reacts To Their Season 8 Script

A behind the scenes look at how the cast felt about the state of things in Game of Thrones Season 8. The show ended recently, and while it left many fans bitter, upset, and disappointed over how the story shaped up; it would seem the cast got a real kick out of it!

What Happened To The Game Of Thrones Characters After The Finale

Twitter User @FoldableHuman, hilariously describes what could've happened to each Game Of Thrones character after the finale. The resulting ideas definitely got a laugh out of us! 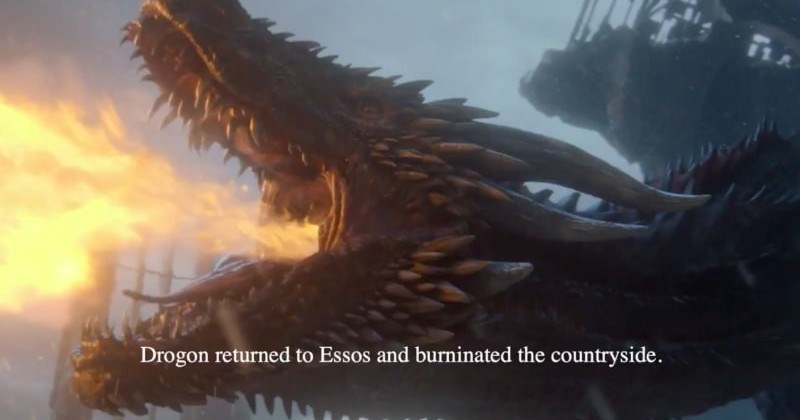 10 Of The Biggest Game Of Thrones Fails

Game of Thrones is doing the best it can to not fail like the rest of us. That being said, an epic and unforgettable fail will pop up on the show every now and again. We're still laughing about Starbucks making an unexpected guest appearance for Season 8. And along that vein, we've decided to look back and remember 10 special fails from Game of Thrones as we gear up for the finale next Sunday. 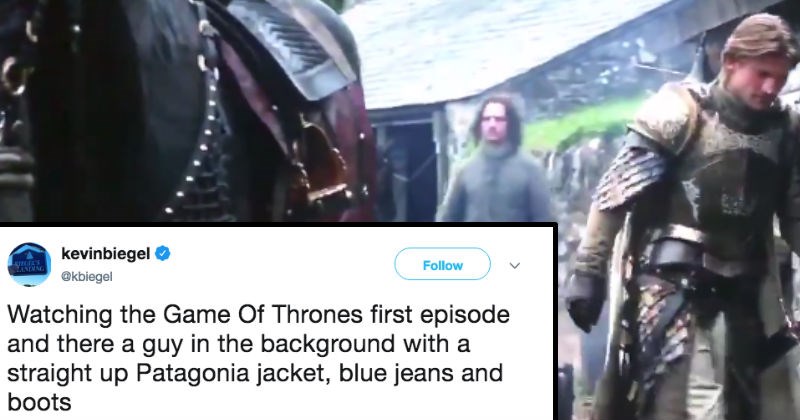 It's no secret that Game of Thrones Season 8 has left the internet feeling a little disappointed. This Twitter user stepped forward to offer his comprehensive breakdown on why this season of Game of Thrones has felt so different to fans. 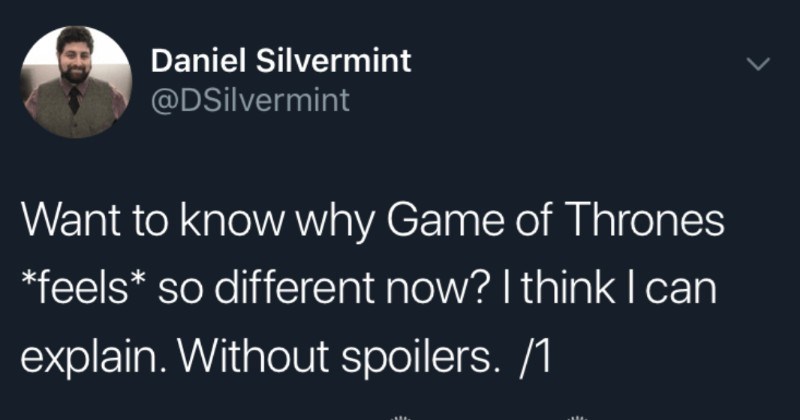 The internet's been stormed with wild theories about how Game of Thrones will end when the final episode for Season 8 airs this coming Sunday. To make matters more interesting, the show's writers apparently penned multiple endings to combat against the likelihood of leaks. So, even if you saw something about how Game of Thrones will end, you can't really be sure. Now, on to the theory that absolutely blew us away.

Ryan Caldwell's theory on how Game of Thrones will end went viral, and it is no surprise. Caldwell states that Daenerys Targaryen is a dragon. Yes, you read that right. And he supports this incendiary theory with quite the convincing argument. 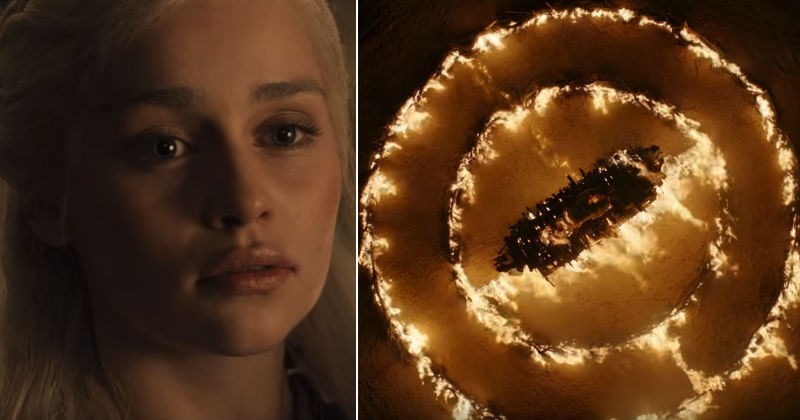 Witty and Stupid Jokes that are Technically Correct