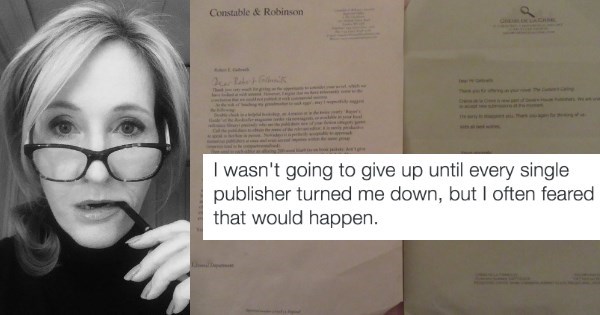 J.K. Rowling, in her never ending quest to become everyones "cool aunt" on Twitter, has offered up some inspiration in the form of rejection letters. 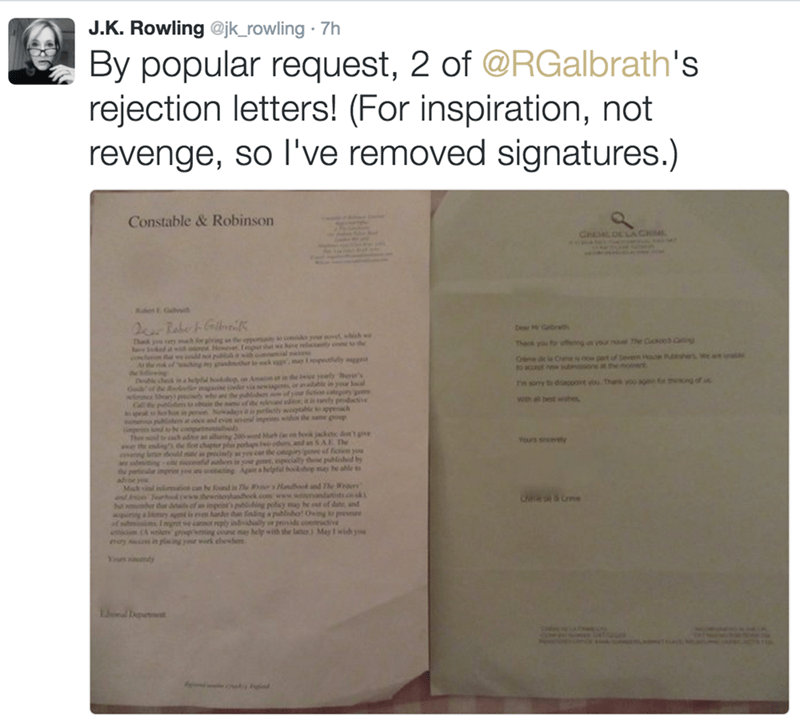 The pictured letters are both tiny and a little blurry but if you put on your reading glasses you might see that one is a polite and short dismissal and the other is apologetic and offers some helpful tips after saying "No, thank you."

This was part of a discussion where Rowling also answered questions and, as usual, offered a response to a fan that was both supportive and wise. 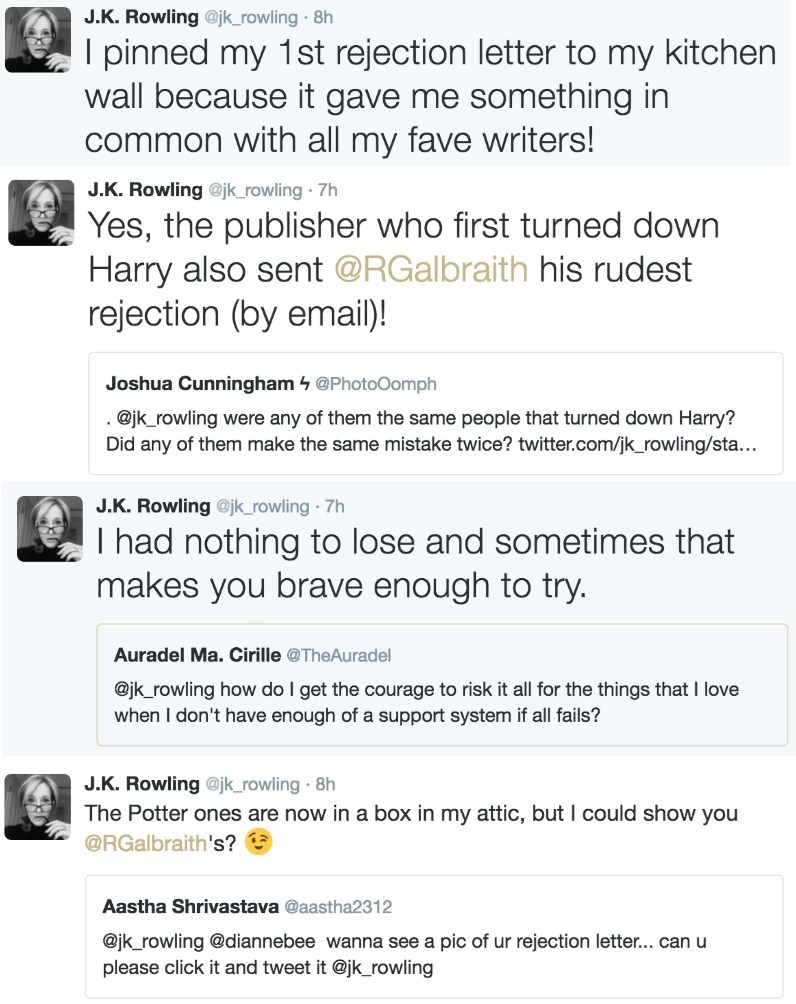 See, just like everyone else, J.K. Rowling got rejected a few times before becoming an international sensation. Take away her fame and she still gets rejected every now and then. 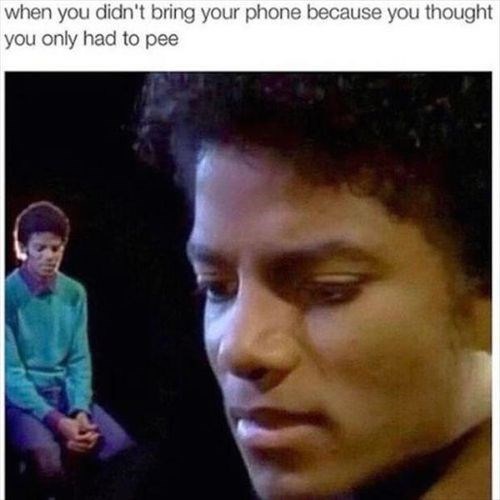 You Can Now Search Through Every Tweet Ever, Just in Case You Wanted to Catch Up on #Blessed 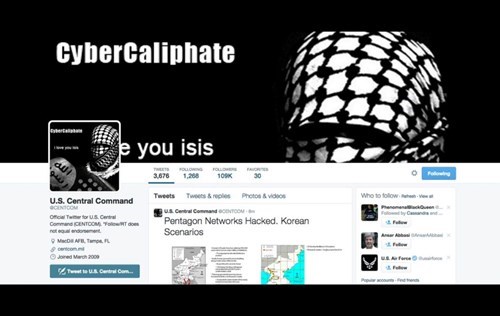 Social media accounts belonging the United States Central Command were hacked on Monday by a group claiming to be ISIS sympathizers.

The attack comes at the same time that President Obama is promoting his plans to bolster cybersecurity.

The hackers posted a number of eerie warnings on the Twitter account @CENTCOM, which has since been suspended. They changed the profile images to those in the photo above with the words "CyberCaliphate" and "I love you ISIS."

"AMERICAN SOLDIERS, WE ARE COMING, WATCH YOUR BACK. ISIS," they wrote. They also posted spreadsheets with contact info for retired U.S. army generals and maps of North Korea and China. Nothing posted was classified, however, and it is all available publicly online.

Their YouTube account was compromised as well with two new videos added called "Flames of War ISIS Video" and "O Soldiers of Truth Go Forth," according to Reuters.

"We can confirm that the U.S. Central Command's Twitter and YouTube accounts were compromised earlier today. We are taking appropriate measures to address the matter," Centcom said in a statement.

Another tweet linked to the following message on Pastbin:

"While the US and its satellites kill our brothers in Syria, Iraq and Afghanistan we broke into your networks and personal devices and know everything about you," they wrote. "You'll see no mercy infidels. ISIS is already here, we are in your PCs, in each military base. With Allah's permission we are in CENTCOM now. We won't stop! We know everything about you, your wives and children. U.S. soldiers! We're watching you!" 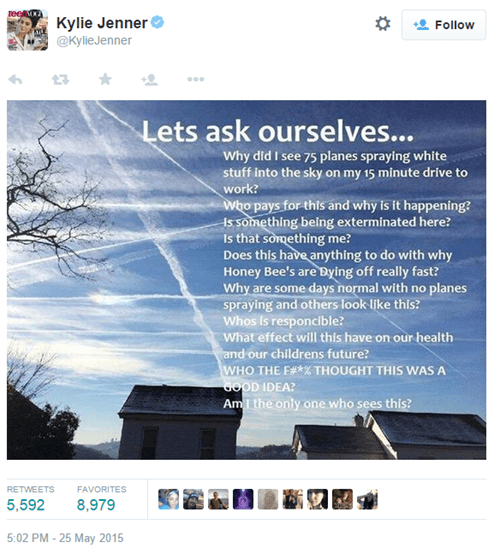 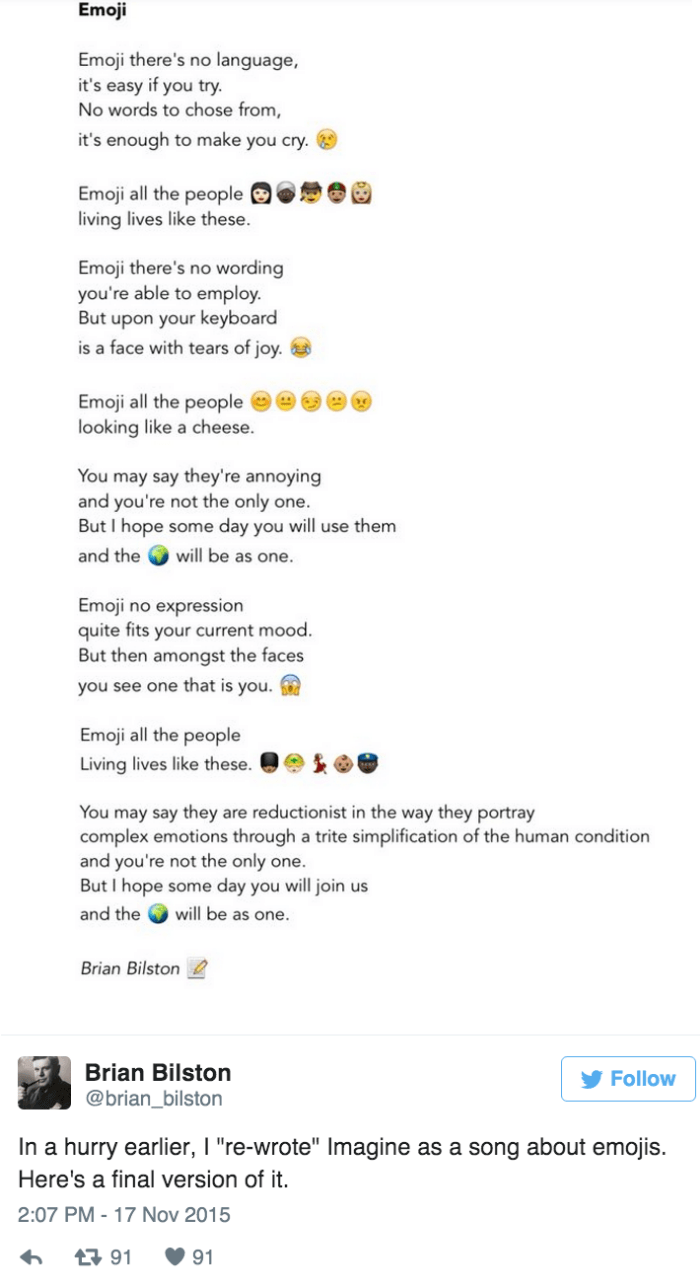 Biology and evolution are pretty crazy, and these tweets point out just how absurd some specimens of the animal kingdom really are. Like, for real, who the hell decided to give spiders butt ropes? Were they not already terrifying enough as is? On the bright side, thank God they can't fly though, amirite? 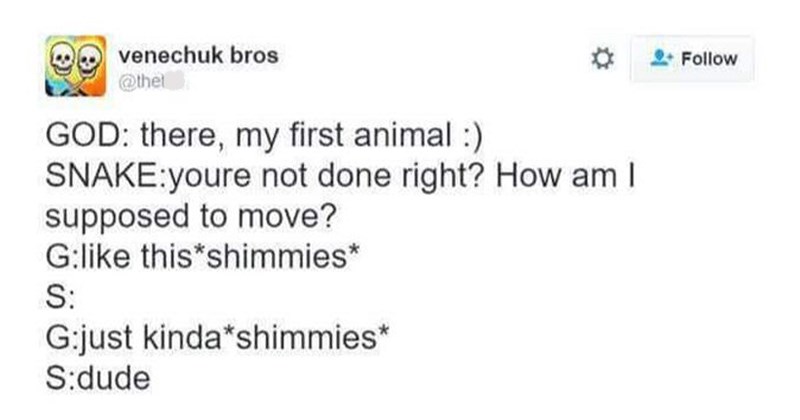 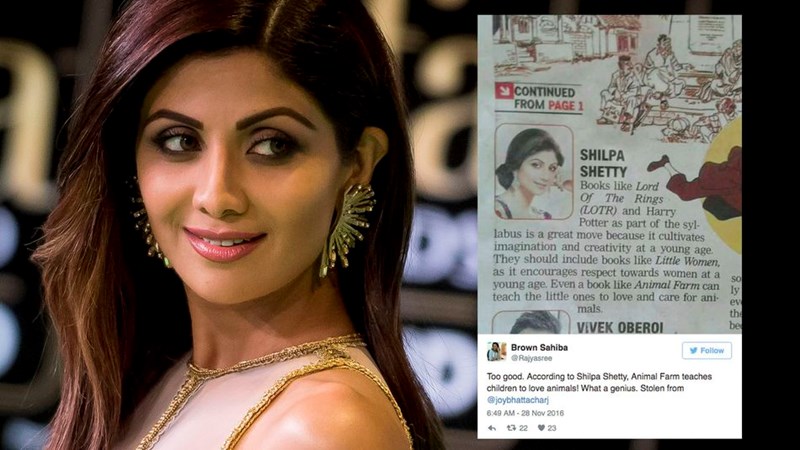 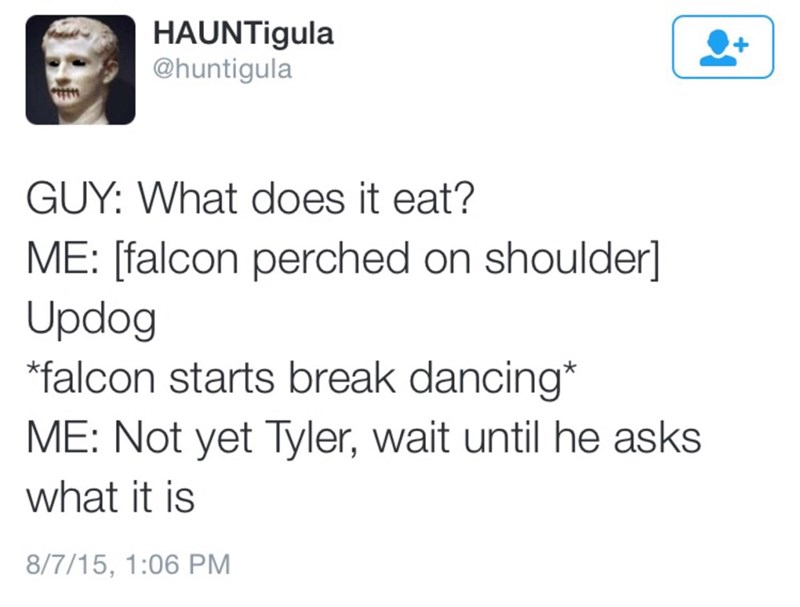 Bieber Has No Chill

Bieber DGAF about your presents either. 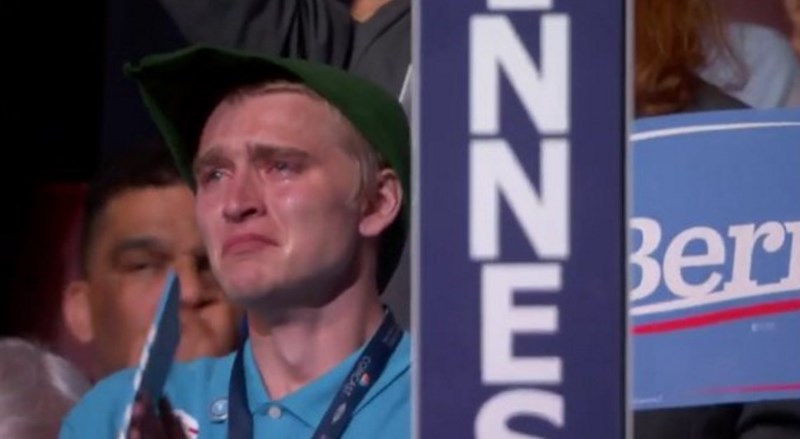 Thanks for worrying about us.

You Look Better With Them, to be Honest 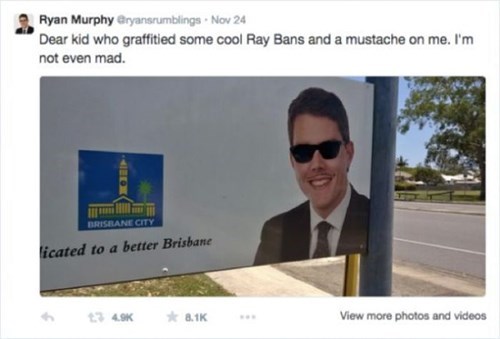 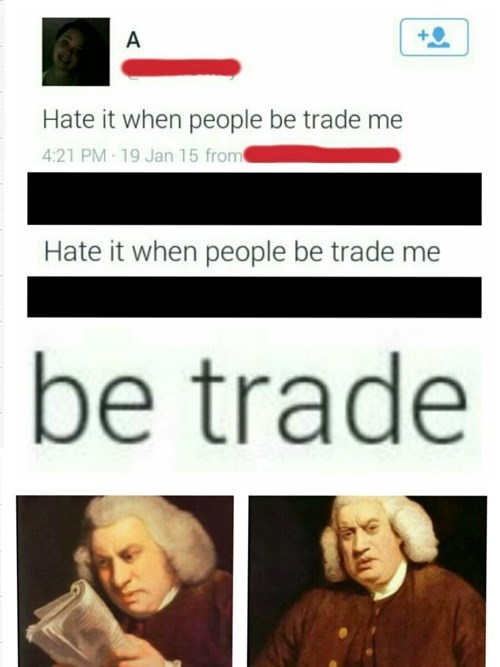