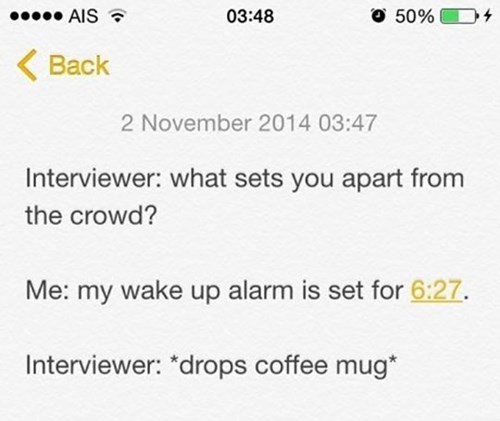 These "Skills" Are Sure to Get You a Job, Even in Today's Competitive Market

These days practically everyone has a college education and debt they need to pay off that goes with it. There has to be some way to distinguish yourself, that's where a having unique skill comes in. 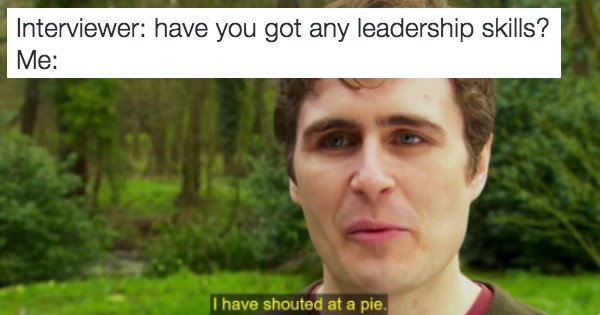 Meet the Man Who Invented Bitcoin, and Then Leave Him Alone. Forever.

The search for the real inventor of Bitcoin is over. According to the video description, the man in the video is the real deal:

Australian entrepreneur Craig Wright has publicly identified himself as Bitcoin creator Satoshi Nakamoto. His admission ends years of speculation about who came up with the original ideas underlying the digital cash system. Mr Wright has provided technical proof to back up his claim using coins known to be owned by Bitcoin's creator. Prominent members of the Bitcoin community and its core development team have also confirmed Mr Wright's claim.

Wright seems completely uninterested in fame or recognition. He gruffly insists that he wants to stay out of the spotlight, so why would he do an interview at all? His reasoning, in what he says will be his one and only interview, is to put an end to the controversy surrounding the identity of Bitcoin's inventor for the sake of his family and staff.

I constantly hunger for a challenge. I have a very cann-do attitude. I am a team player, and have experience spearheading team projects.

Says Warren Spector, That One Guy Who Gets All the Credit 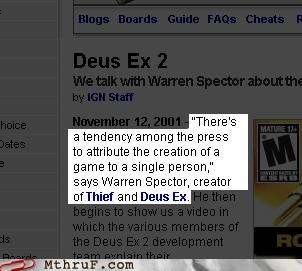 Remember: no matter how much work you do, your boss will get credit for it.

Here at DerpCorp, We Don't Like to Hire People With So-Called "Flaws" 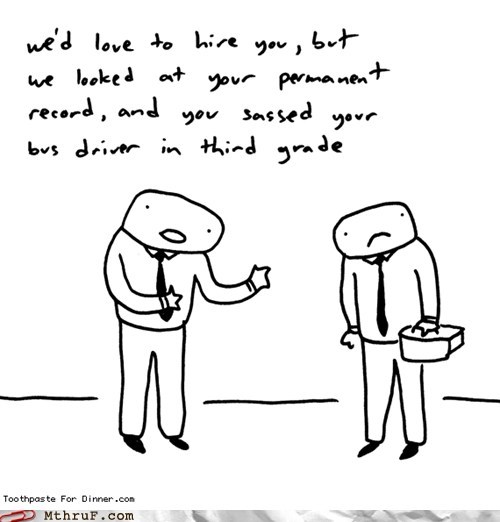 Via Toothpaste for Dinner
Repost
Recaption

"Then how did you get hired in the first place, sir?"

"Hmmm, candidate uses logic and is openly defiant of superiors. You're just shooting yourself in the foot now buddy... candidate also only has one functional foot..."

How Dare You Ask Me That 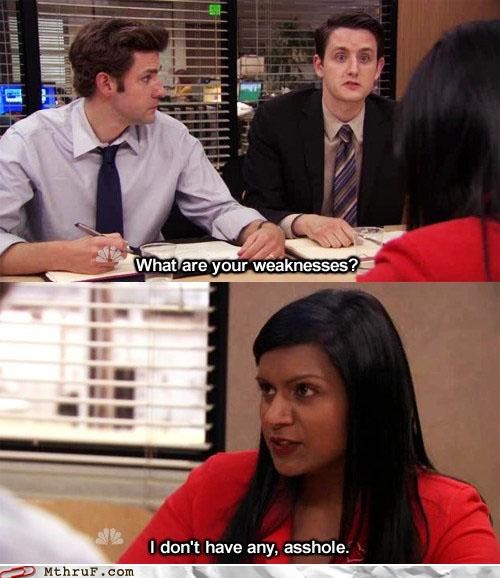 Oh geez you guys, new episodes this Thursday! I swear NBC didn't pay me to say that!

Sorry, But You're Just Not What We're Looking For 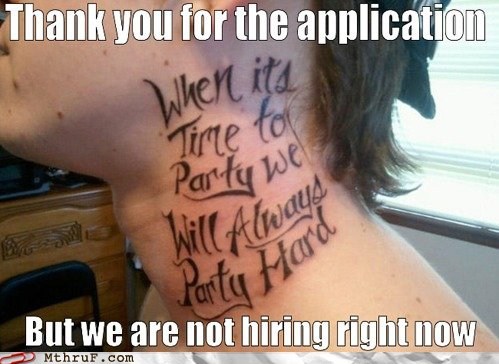 Here at Party Supply Inc., we sometimes like to party soft. Unfortunately, that's outside the scope of your qualifications.

Also, we have a number of other applicants who we're considering.

And Now for Public Opinion on the Upcoming Fiscal Cliff, Here is Lobster. Lobster? 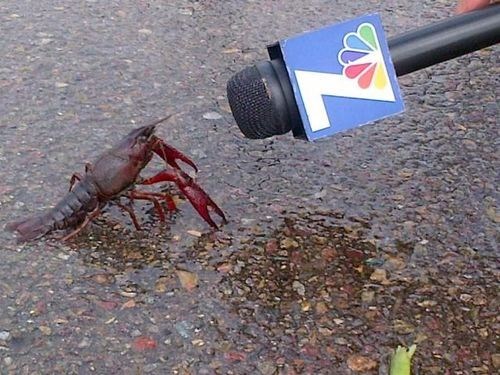 "I was a little skeptical of trying to introduce a chained consumer price index which might drive up the eligibility age for Medicare. I'm sorry, Dave, this issue just really gets me boiling mad."

So Do I Get the Job? 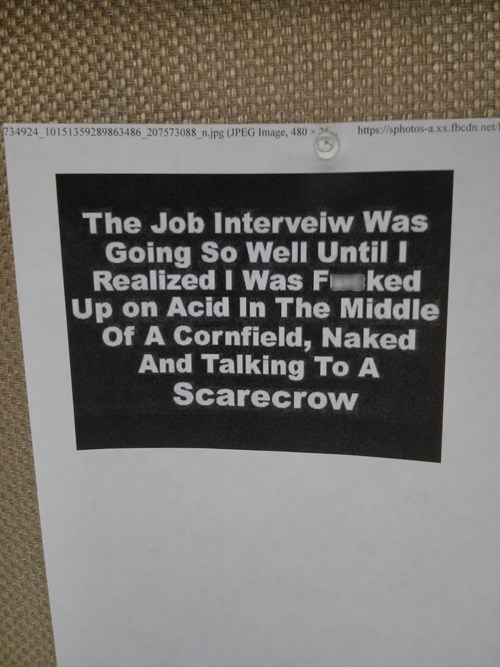 How I Do Words Gud?

Along With Low Wages and Annoying Coworkers! 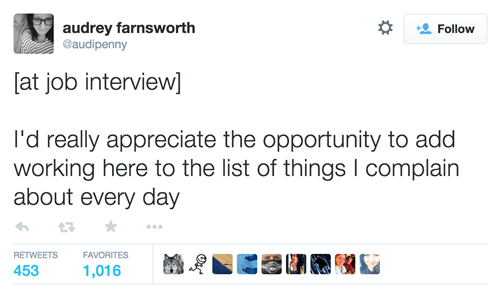 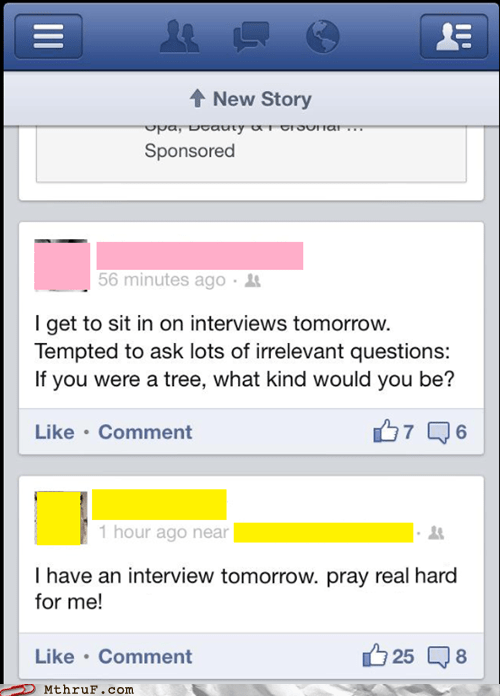 These Cardinals' Fans Have the Right Attitude at a Baseball Game

Via downest3
Repost
Recaption
Comments
The Daily What
Favorite

This 'Arby's Employee' Might Be the Weirdest TV News Interviewee Ever

We hate to admit it, but this is too good to be true.  This is a spectacular work of editing by a comedian inserting himself into a 2011 news report as an employee of "the house that beef built".

It's even been confirmed by the news station that did the story. 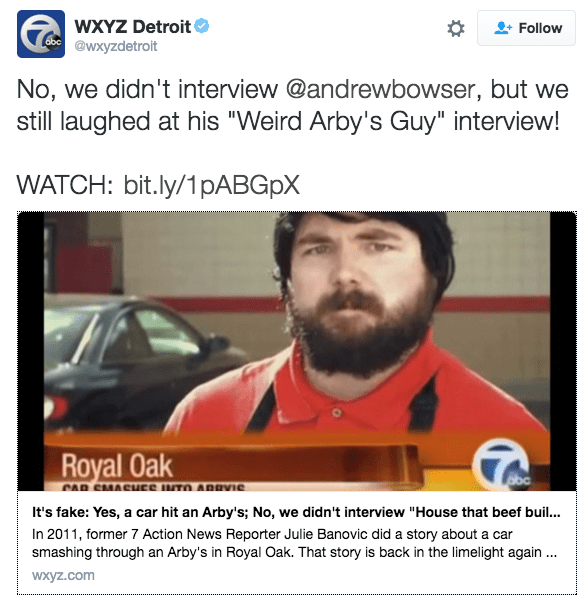