After 30 Minutes of Dangling From a Plane, Watch This Skydiver Land With Only a Cut on His Hand

There was a problem rendering this video - it may have been deleted.
Via Maurice Mathey
Repost
Recaption
Comments

"Moreos" Aren't a Real Product Yet, but They Should Be 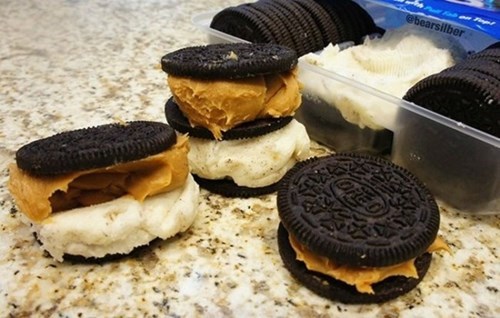 The proud nation-snack-state of Nabisco does not recognize "Moreos" as an official product as of yet, but in due time perhaps They'll recognize the genius of this and give it a go.

Ice Cream Headaches Are No Problem for This Guy, Who Chugs Frozen Cocoa Like it Was Nothing

Here's What Aztec Warriors Used to Intimidate Their Foes Before Combat. Spoilers: It's Terrifying. 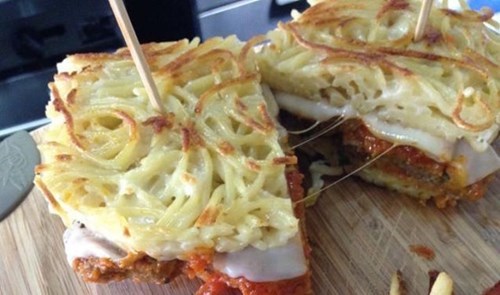 This delightful monstrosity is available at The Carving Board in Los Angeles. Worth it? Worth it.

That feeling you're experiencing is "Pre-Munchies."

Via The Big Texan
Repost
Recaption

At this year's 72oz Showdown at the Big Texan Steak Ranch in Amarillo, Texas, Schuyler was matched up against four teams of two, and she singlehandedly destroyed her competition while besting herself in the process.

The other teams included professional wrestlers and football players and they each had one hour to throw down as much as they could.

Basically, as The Big Texan describes it, she consumed more than 13.5 pounds of food which is "the equivalent of a bowling ball or averaged sized three-month-old baby." 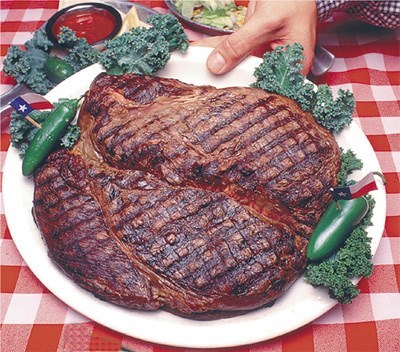 Anyone who stops by The Big Texan can take the challenge, but if they don't finish their meal in an hour they have to pay $72.

Schuyler not only got the 3 free meals, but also a $5,000 prize… and apparently an extended trip to the bathroom.

The Charlotte Hornets Invite You to Eat This 8-Pound Burger 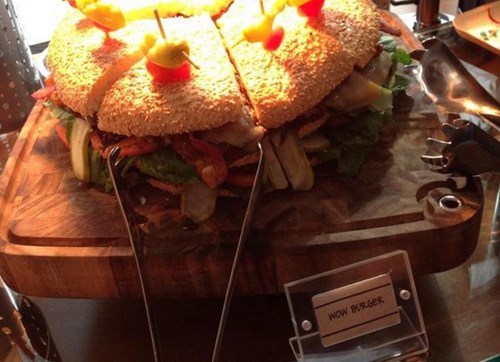 This Clever Spider Anchored its Nest on a Rock. Humanity is Officially Doomed 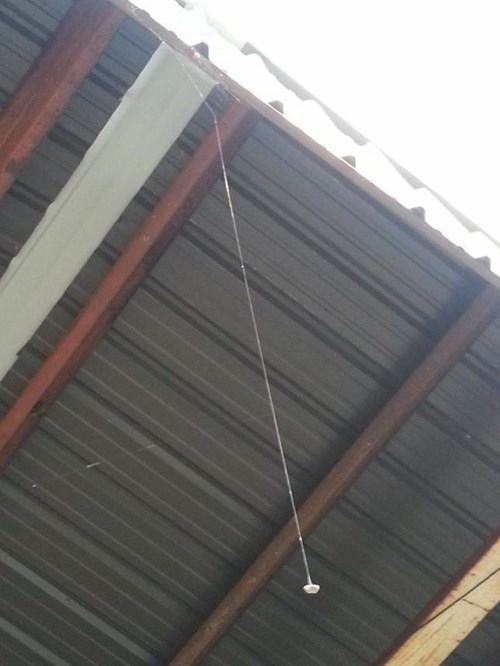 The Pizza Cake is Very Real and We Would Like Twelve of Them, Thanks 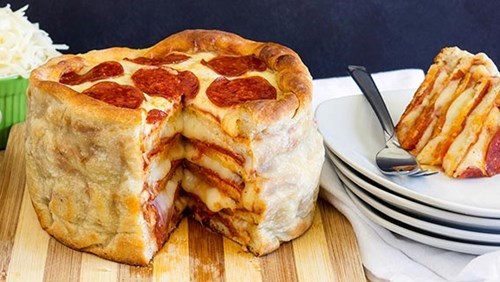 Some genius/devil/crazy person over at Pillsbury has a recipe for making this pie-cake-cheese-meat monstrosity. If you have the right stuff, go for it!

Korea is Taking the Double Down to the Next Level 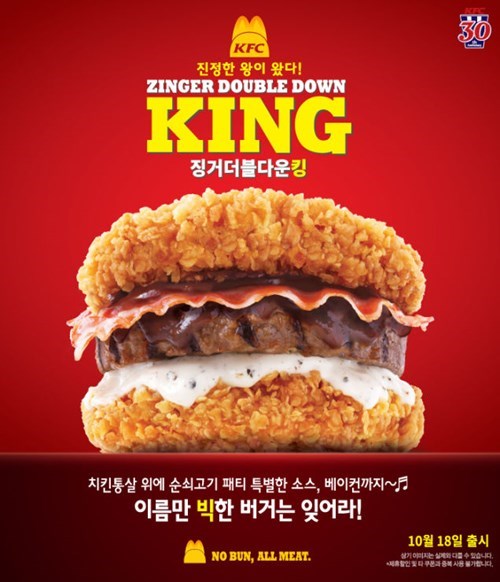 Yes, that is a Double Down (you know, the sandwich with chicken instead of bread) with a beef patty and bacon in the middle. Your heart valves just closed reading that sentence.

He Claims He's Made the Strongest Cup in Existence, and He'll Take a Bullet to the Crotch to Prove it

Obvious Liars Called Out For Lying To The World