In Honor of 4/20 Here Are the Most Impressively Toasted, High AF Interviews

It's 4/20 folks. Reefer madness has swept across the land with newfound vigor. The internet's a dank, smoke-filled black hole of marijuana related content. Fortunately, we'll occasionally get videos like this. Ridiculous and easy on the eyes all at once. Sold.

Epic Meal Time Makes the World's Most Potent Weed Brownie, and You Could Stay Stoned Till the End of Your Days

Gotta love Watch Cut Video for getting families together to talk about the shit that's real. Unfortunately, the Devil's Lettuce clearly did a number on Andrew in this video, as he threw us into a cringeworthy spectacle, opening Porndora's Box and asking his grams if she got down with dirty videos.

Watch AsapSCIENCE's Explanation For Why Eating Weed Makes You So Much Higher, Dude

But in the moment, you know that moment when you realize that maybe eating the whole brownie was a bad idea, and you've got dinner with your grandparents in 20 minutes, and, oh, shit, why did I eat the whole thing, it can be a bad thing. But there's a reason why eating weed can be more intense.

AsapSCIENCE explains why this is the case, and as a bonus, they also explain why you get the munchies.

Watch a Priest, a Rabbi, and an Atheist Walk Into a Studio and Smoke Weed

In the name of spiritual unity and coexistence, a rabbi, a priest, and an atheist are smoking weed and talking about god together. This video is a high-guy conversation for the ages.

Then they bless each other.

Is this seriously what the U.S. government thinks is being passed around and puffed at the nearest, fine and highly enlightened hotbox session? If so, please allow me to bag up the nearest suitable mound of grass clippings, and light that shit up. 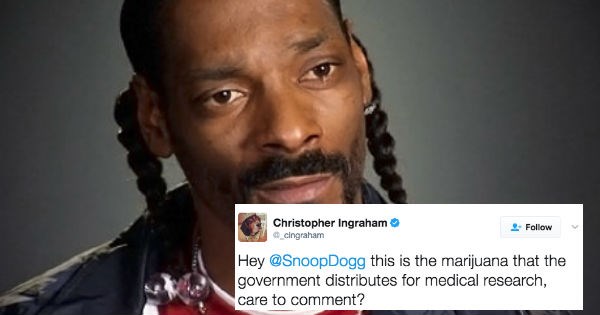 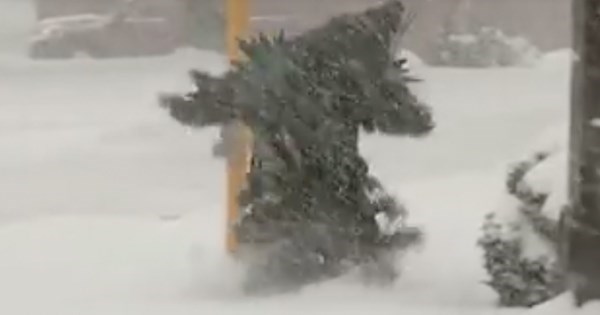 Urban legends don't get much higher than this.

In the middle of this week's east coast blizzard, a Western Massachusetts meteorologist was doing a live report, when a some... thing walked across the background.

But is this real or a hoax? Who is Pot Saasquatch? What does he or she want? Are we just imagining this? You be the judge.

Timothy Olyphant Tells Story of Wild Time He Smoked Willie Nelson's Weed, and It Lives Up to the Hype

This Is Some Weed MacGyver Shit, Right Here 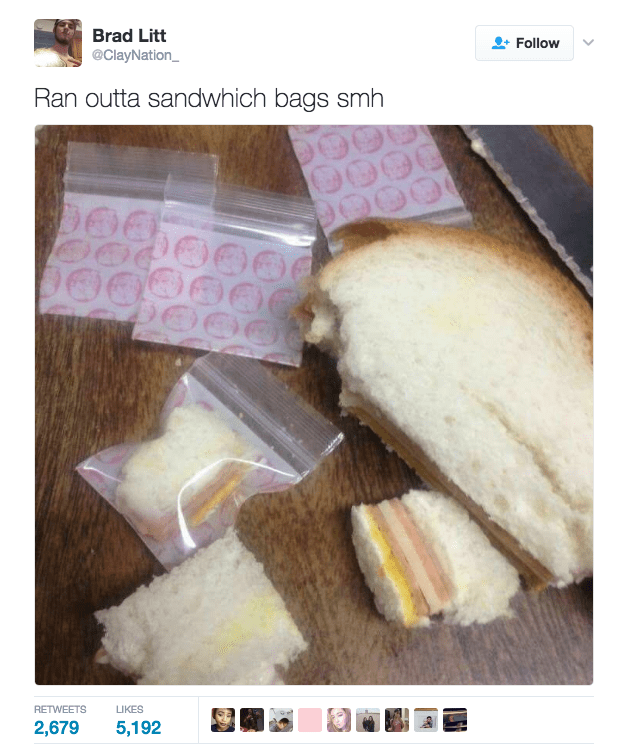 Well, there you have it: today in shit that never happens, we have what shows all signs of a legit police station taking to Twitter to kindly invite the mystery owner of a homeless, sweet five-pounds of the Mary Jane to step forward and claim what's theirs. You know what though. It's 2017. We're having a hell of a first week as far as the extreme and unexpected, generally far-fetched news goes. So, is it really that hard to fathom mystery dude coming out the dark to reclaim his stash? Yeah, but for the sake of a solid story, please let something develop here. Please. 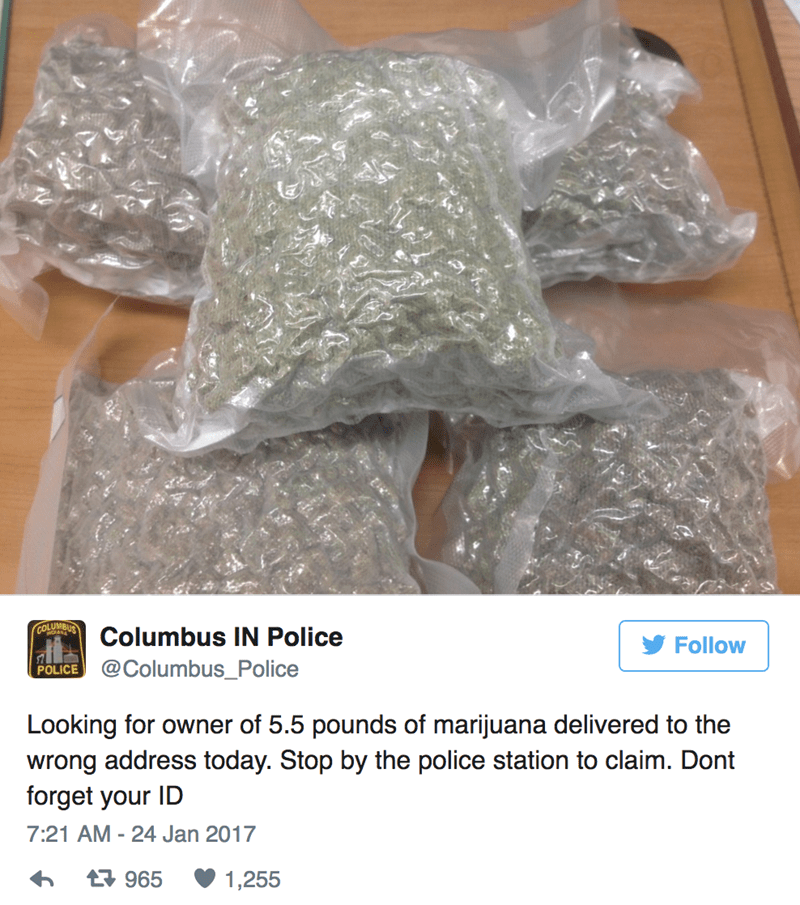 Ratings couldn't be any higher.

When ESPN cut back from commercial during a college football game last night, they caught  broadcaster and former player Bill Walton going on about marijuana legalization, with others in the room cheering him on, saying “get ‘em, Bill.” As if to make this clip even better, he’s also dressed in a full Uncle Sam garb, asking Obama to free anyone who was arrested for marijuana-related crimes.

It’s pretty awesome. Though, this isn’t the first time Bill Walton has let his pot politics known. He’s criticized marijuana laws on ESPN2 before, as well.

But I’ll tell you one guy who didn’t find it awesome or “cool.” This guy: 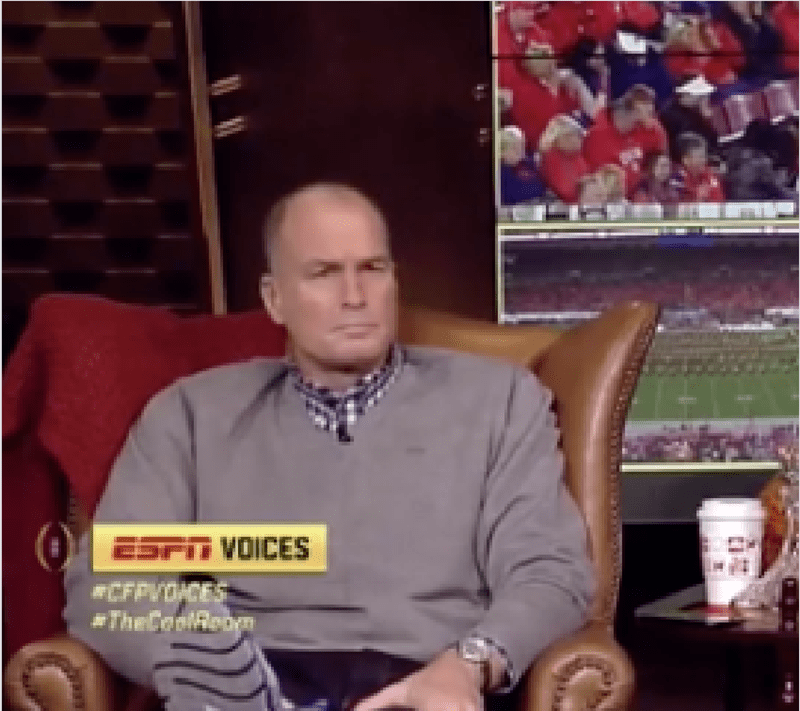 Thanksgiving is Over, But This Guy is Definitely Making His Emotional Appreciation For Weed Known Now