One of the things that makes human beings unique is our ingenuity. For example, the famous cookie tin/sewing kit. A variety of medications, toys and uh, personal products are inventions that are now used for something other than their intended purpose. That doesn't make them any less useful. It means people are good at adapting. People are also pretty dumb, which is why we have so many brilliant ideas that were stupid upon review. 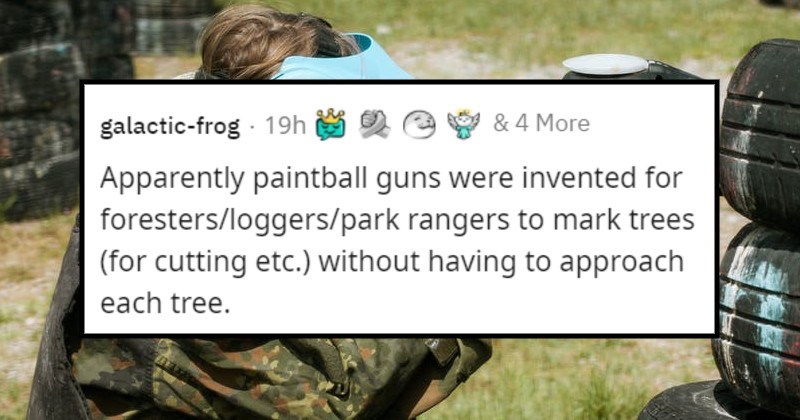 Design Fails That Could've Used A Second Set of Eyes

Designing things is hard. And it's not just a matter of spelling something correctly so that it doesn't accidentally say something filthy. Sometimes design fails exhibit really poor craftsmanship, horrible toilet placement or just a complete lack of sense. Whether it wields some kind of irony or is just sort of gross, design failures remind us daily that things can be worse. 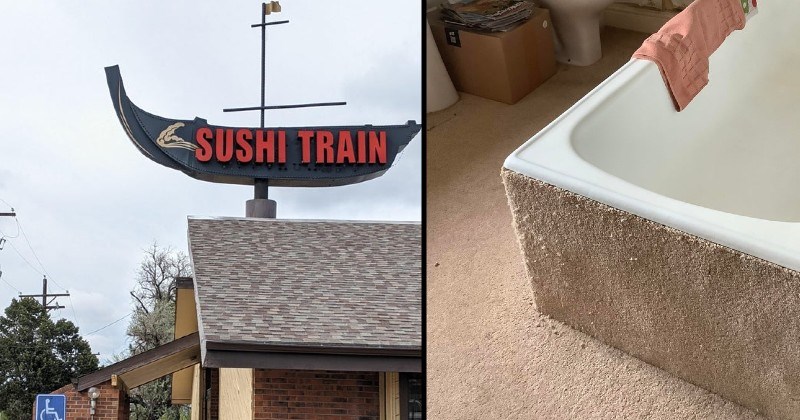 Scams That Have Been Normalized By Society

We are at heart, frugal, sometimes to the point of staggering paranoia. We're the kind of people who are inclined to look at an overpriced jar of pickles and say to ourselves "Big Pickle must be stopped." Just because a business, practice or concept has been operating for decades doesn't mean that it's not just a scam that people overlook. Stupid pickles are just vinegar and cucumbers anyway.

On the flipside, here are some things people think are scams but aren't really. 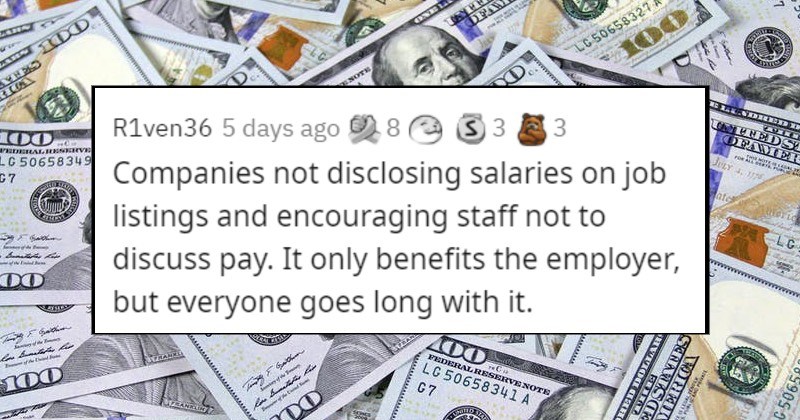 Wonderful and Absurd Knockoffs and Off Brands

There's a lot of good money to be made off of well-known brands, and people know it. The whole issue is all those pesky licensing fees and copyright claims. What is a shrewd business-person to do? Obviously, create some uncredible off-brand and bootleg products. No, we don't have Pepsi, Shrek or Pokémon but how about Poopsi, Shronk or Pokermoms? Anything is possible in the world ofridiculous knockoffs. 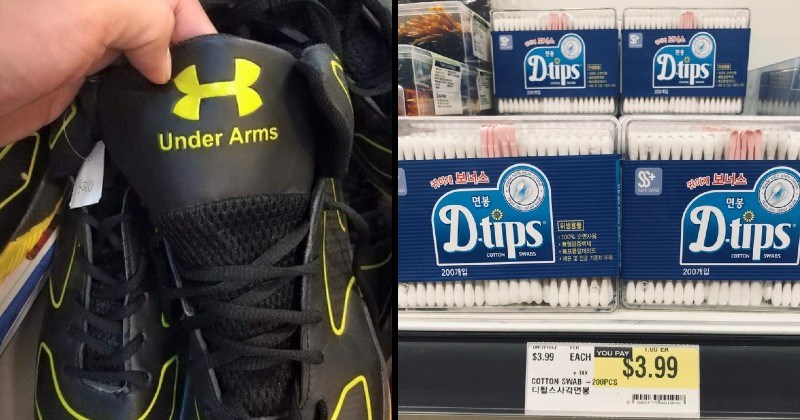 Startling and Ridiculous Knockoffs, Bootlegs and Off Brands

In an age where brand recognition means everything, who wouldn't try to associate their products and services with more well-known brands? Sure it's legally dubious and the product itself gets dragged through multiple loopholes before becoming a mangled shadow of itself before emerging on the other side, but it's a way to get noticed. The resulting uncredible off brand and bootleg products are a bit much. 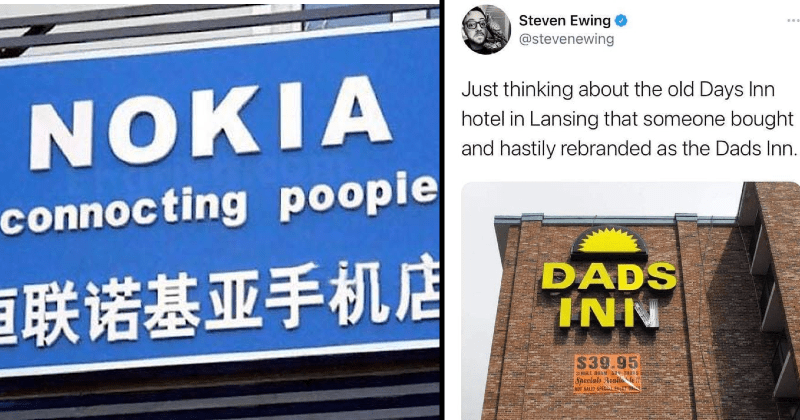 No one can really tell the difference if your bag says Gucci or Gercho, so who really cares, you know? Someone else around the corner has bootleg everything, from classic movies to Oreos. It just so happens that only sometimes bootleg and knockoff products become absurd. 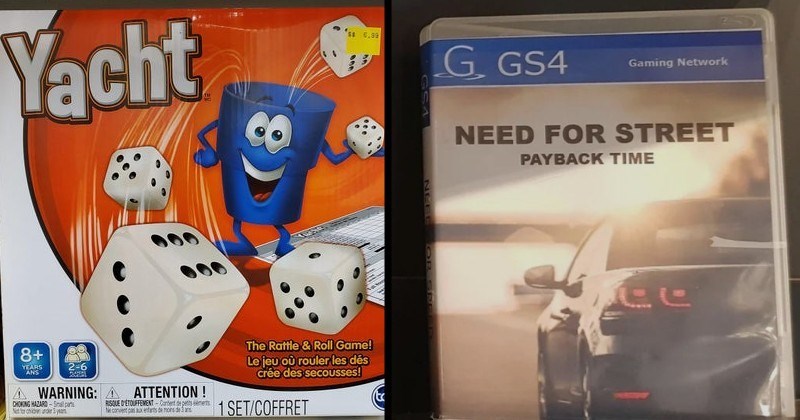 Design Failures that Deserve Some Blame

Designing things is hard, and people aren't very good at it. Whether it's an accidentally creepy sign or some painful looking stairs, we make things that probably could have used some extra input. This world is full of design failures that were someone's fault. For some more professional buffoonery, here are some "you had one job" moments of occupational incompetence. 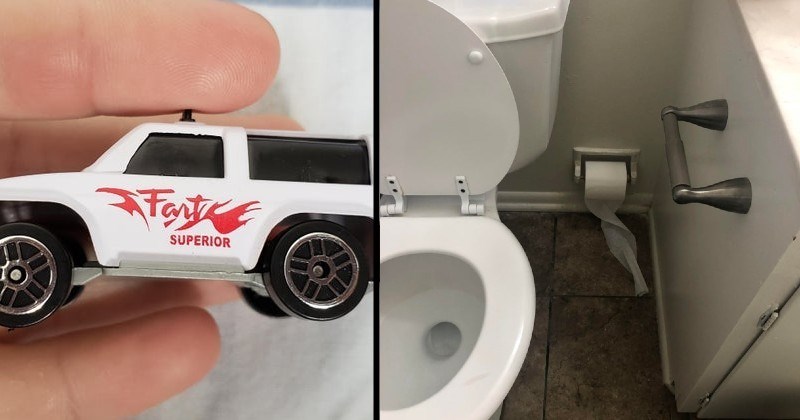 "Not My Job" Moments that Got the Job Done-ish

What would the world be without impressively unprofessional "not my job" moments? Probably more efficient. It just so happens not every task is as easy as we'd like it to be, but that doesn't stop us from putting in the minimum amount of effort. There's staircases to nowhere, misspelled everything, and a straight up general lack of responsibility. Not bad. 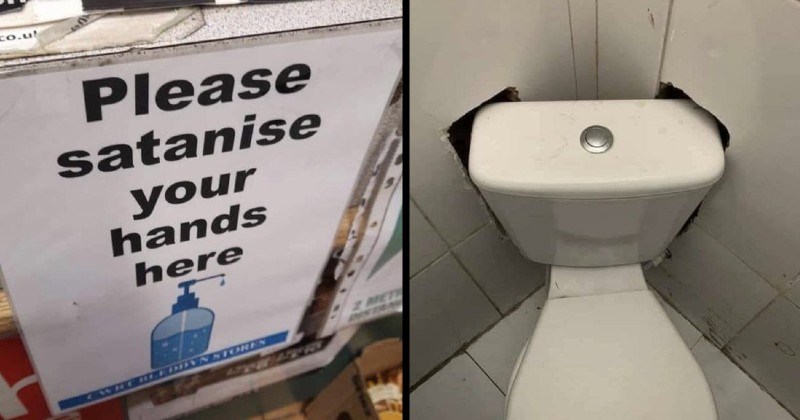 Every industry has its sketchy secrets, and once tons of companies realized they could use their popular brand to leverage their loyal customer base into paying more for less, you can find yourself looking at a creme egg going "whhaaaaa???". It's also easy to fall into the nostalgia trap of "remember the better olden days" when that product wasn't much better to start with, but shrinkflation has definitely attacked a variety of products and things from all sides. 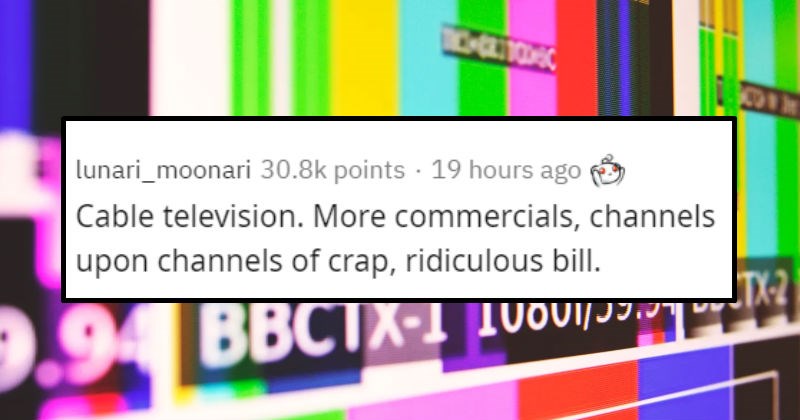 There's something special about seeing a product or thing that you haven't thought about once in 20 years. There's something satisfying about those little "a-ha" moments you get from remembering a toy you used to have, a commercial you saw over and over again or seeing a twitter thread that takes a voyage through being in school in the 90s. 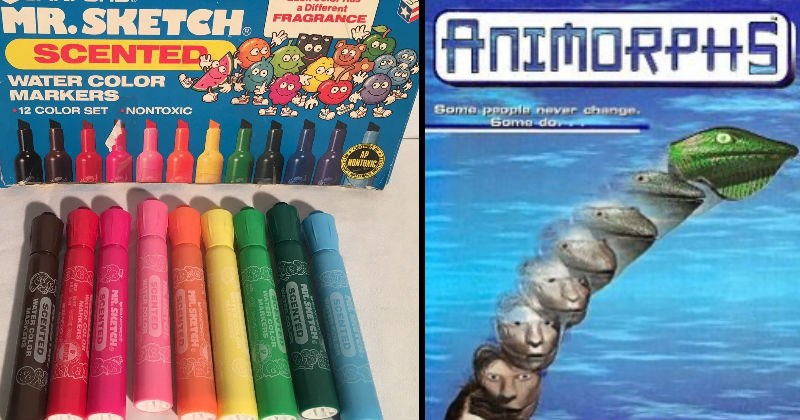 Deceptive Ads and Products Made by Jerk-Holes

You wouldn't think that cartoonish scams like selling a sandwich with one slim front-facing strip of meat would still exist these days, but for some reason the practice of misleading products is going strong. Here are products designed by monsters that sell something other than advertised, charge people for BS, or have misleading interfaces. 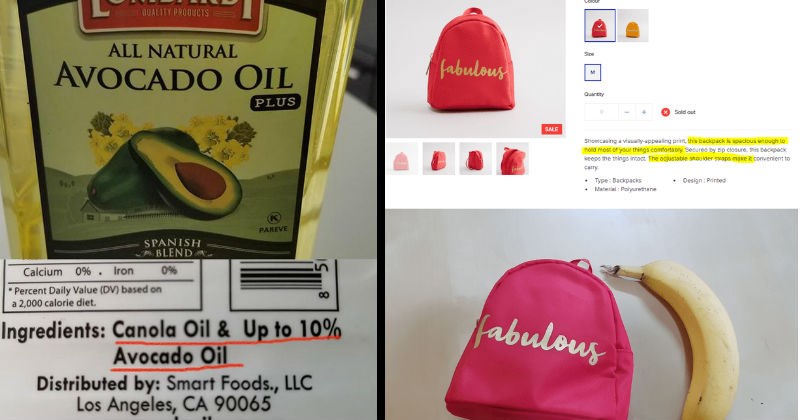 People are pretty great at finding alternate uses for things. Sometimes it's some military invention that gets re-marketed as a household convenience, sometimes it's a reflection of changing times, and sometimes its people realizing it's fun to shoot at each other using a paint-launching logging device. Here are some cool and interesting inventions. 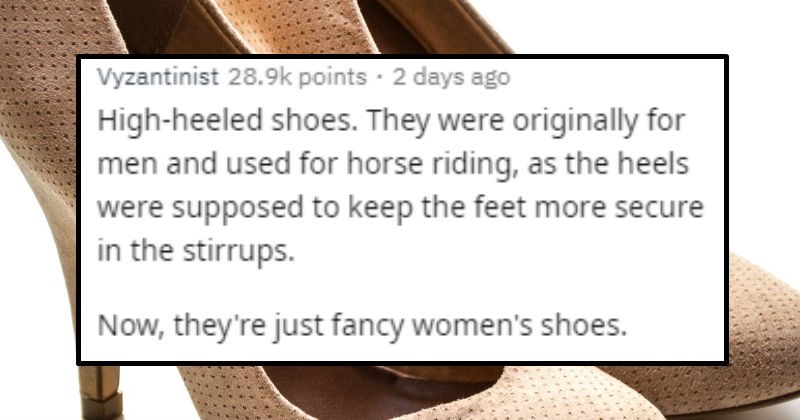 Things That Exist Almost Exclusively to Piss People Off

Here are some minor things that seemingly have no upside, and feel like they exist just to make someone angry. Like, who's reading the entire story about someone's vacation in Italy? I just wanna learn how to make pasta sauce. There are a lot of nice things about life, but it's also full of misfortune that intrudes on people's lives as well as manipulative and horrible products. 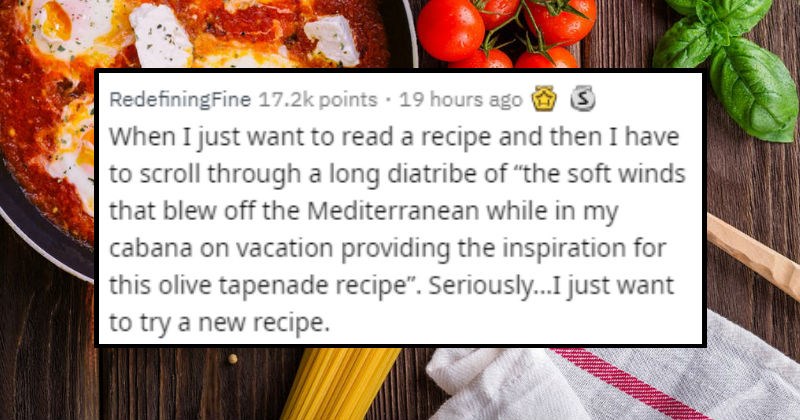 Deceptive and Terrible Products and Services Designed By Jerks

The world is rife with manipulative and awful products and ads, and it's worth it to point them out when they're clearly unfair. There's wildly misleading labels, sandwiches made to look like they're twice as big as they actually are, and apps that make you pay money to delete them, just to name a few. It makes you start to think this stuff could be designed by the devil. 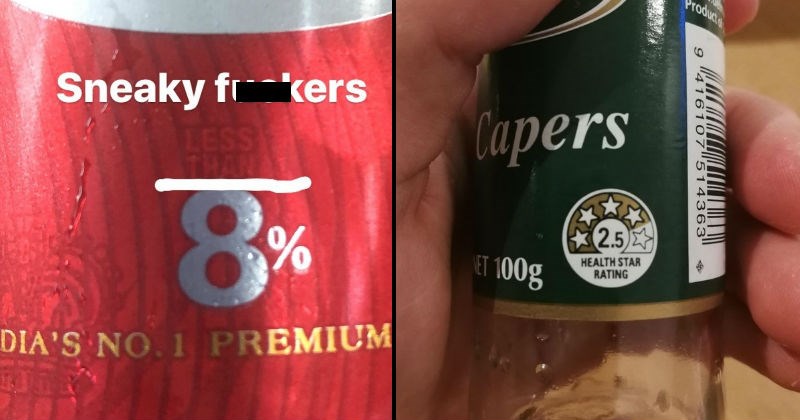 Disappointing Purchases People Made After Being Misled By Ads

We've all been woo'd by a good commercial at some point in our lives. Especially when you're a kid, Nerf really makes it look like having a sweet blaster will make you the coolest kid on the street. We've all gone crazy at some point for those ads for laser tag games and frozen drink makers, and many of us never learn and keep making stupid purchases far into our adult years. That said, this isn't always our fault, sometimes products are straight up misleading and manipulative. 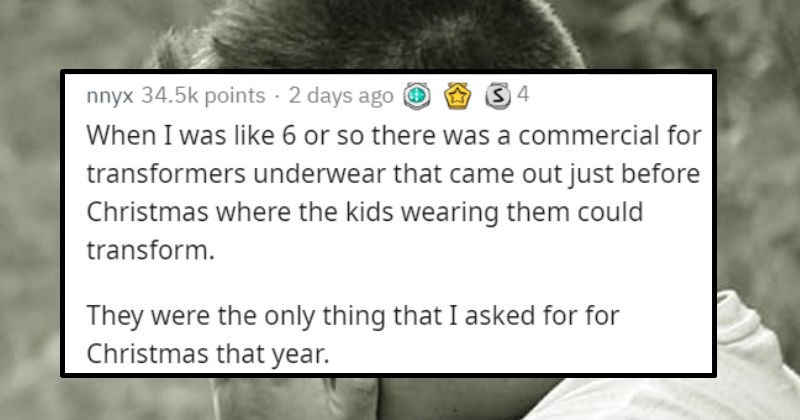 Throwing it back to the golden olden days. Careful, the nostalgia hits hard in this post. 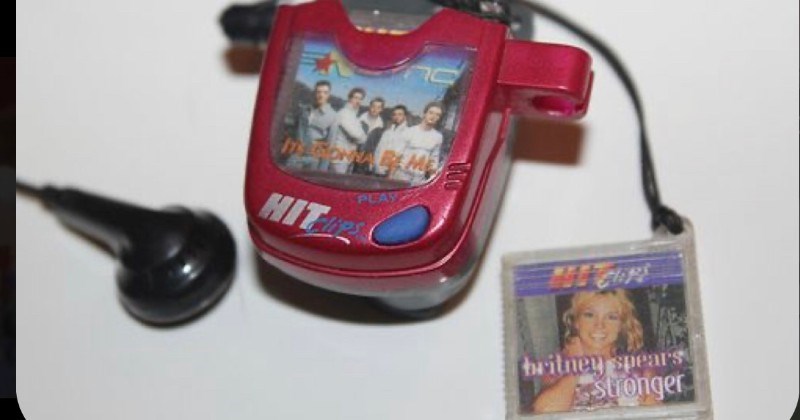