Guy Outsmarts His Worst Customer Ever

This guy tells the story of how he managed to keep a cool temper (thanks to his wife), and go on to outsmart what was arguably his worst customer of all time. Fair to say that this choosing beggar got so destroyed by this pro revenge that there's no way he'll think about trying his scam on someone else anytime soon! 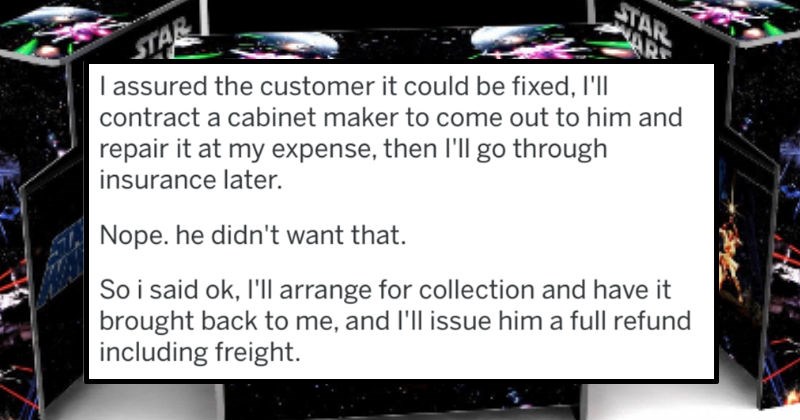 An Electric Organ Revenge That Was Years In The Making

The longer the wait, the more satisfying the petty revenge. This one was years in the making. That being said, we can only imagine the look on the grandparents' faces when they heard that electric organ actually working. At least the kid was overjoyed. 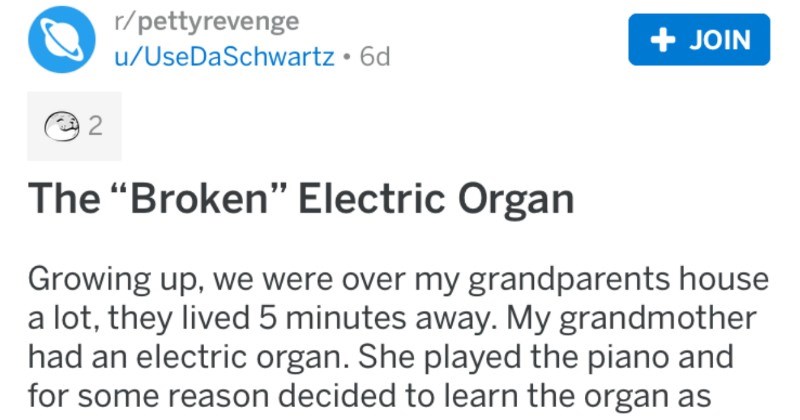 You've got to love it when someone goes from a daunting amount of medical debt, to a sizable cash settlement some years later from a crappy collection agency. As far as satisfying pro revenge tales go, this one right here is something special. Job well done for this dude! 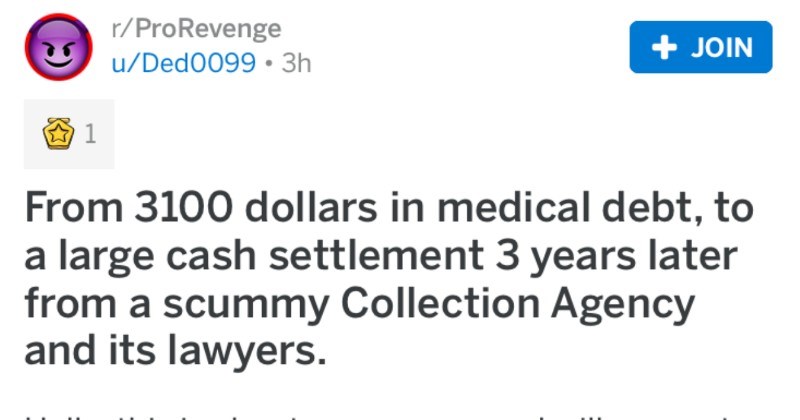 These rowdy and inconsiderate frat bros paid the price, and then some, for disregarding their neighbors' rights to their own parking spaces. So, a good old-fashioned revenge was planned, and around 10 cars ended up getting reported, ticketed, and towed, leaving a group of very angry frat bros without their cars for a few days. Add on to that, that they'd each have to pay some serious coin out of pocket, and you've got a pro revenge on your hands. 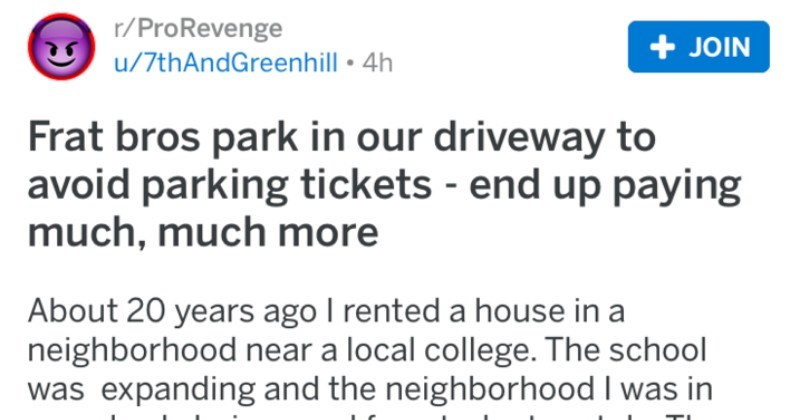 Military IT Guy Gets Back At Meathead Mercenary With Epic Revenge

This is one of the lengthier pro revenge stories I've encountered, but damn is the payoff worth it. Never mess with a military IT guy in the middle of the Iraqi Desert! 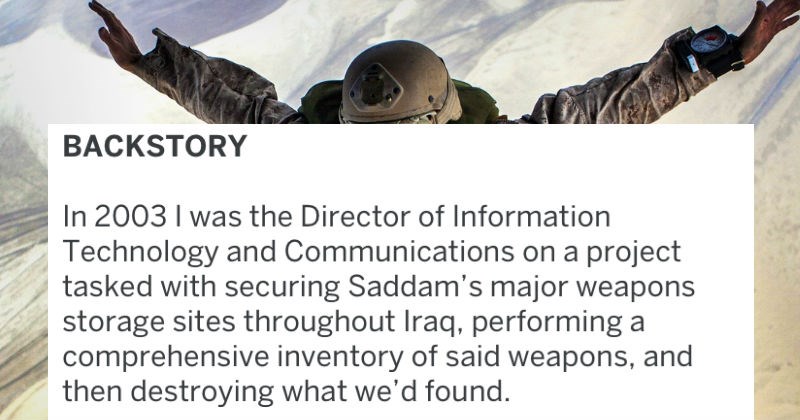 A stinging reminder to BEE good!. These kids got a bit of a kick in the ass by karma, when they went about disrespectfully knocking over a calm and calculated bee keeper's hives. If you don't find a little bit of a smile on your face, picturing that old man driving by and seeing those kids experiencing the sting of their regrets, I'll be surprised. 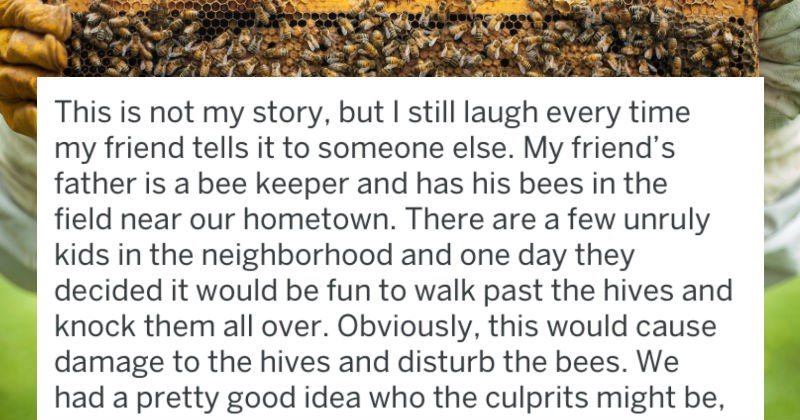