So many of us have unfortunately been caught up in a ridiculously competitive video game with a bud who just proceeds to dissolve into a complete rage puddle. The Madden games are especially notorious for exorcising people's most irrational inner demons. This Madden pro certainly had a tough day of it.

Let us never forget the time that Marshawn Lynch got fined several times for not doing interviews, and then proceeded to give just the kind of interview that you'd expect from a living legend who stubbornly refused to play their game. It's like he tried to give the worst interview possible, but unintentionally ended up giving one of our favorite interviews of all time.

Some human beings have that level of athleticism that is just supernatural. We're seeing that in this video.

Quarterback Throws Touchdown To Himself

That's some Madden cheat codes stuff right there. It's not every day that you see a quarterback accidentally throw himself a touchdown. Oh to have been there when this occurred. Nowadays, we're busy living through an NFL season where fans are all forced to watch games from their homes.

Never forget the time that this NFL analyst proceeded to have a breakdown after being asked a question off the script.

Ahead of the big Super Bowl matchup between the Kansas City Chiefs and the San Francisco 49ers, Mohawk Writer Vincent Schilling, seeks to explain the impact of the KC Chiefs on offensive stereotypes concerning Native Americans and Indigenous people. Schilling's thoughts are definitely making a wave across Twitter. 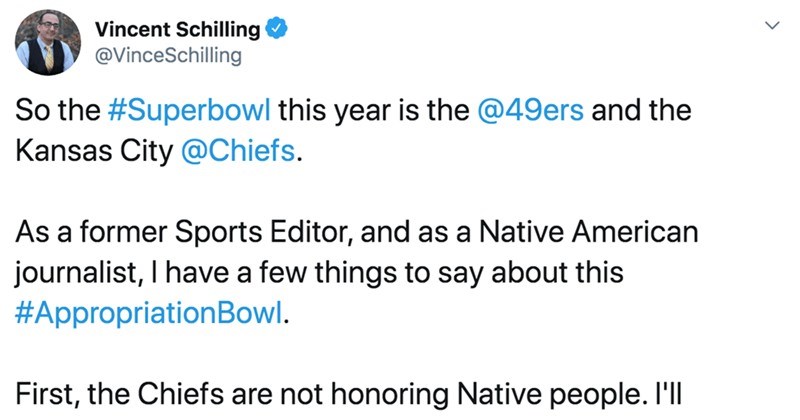 PETA is facing a bit of backlash after sharing their Super Bowl ad that was rejected by the NFL, on Twitter. The comments are pouring in, and would seem to carry the common theme of general outrage and confusion over a display of clueless stupidity. I mean, fish don't have knees. Come on. 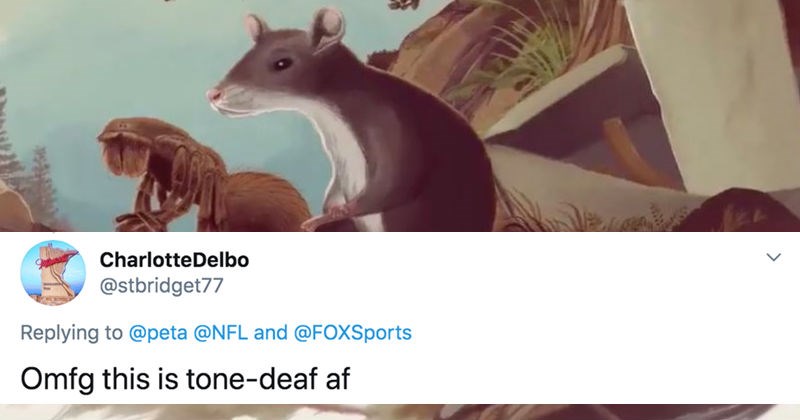 Sheehy-Guiseppi had the heroic confidence to take a leap of emboldened faith and reinforce the talent he knew he possessed. You can read a great recap of his full story on the description of the YouTube video. Quite inspiring, and we hope he has nothing but a great career ahead of him!

Marshawn Lynch found himself in the middle of a heated confrontation with some angry football moms after they found out he'd been hurling "f-bombs" at their kids during a drill. In the footage you can see Marshawn Lynchexplain himself, and it looks like things ultimately get settled down and figured out by the end of the video. Definitely a little bit dramatic, but at least Lynch ran up there to make sure "they didn't throw dirt on his name."

With the NFL draft coming up, people were excited to share their own stats. When comparing themselves to actual athletes, twitter was understandably self deprecating. 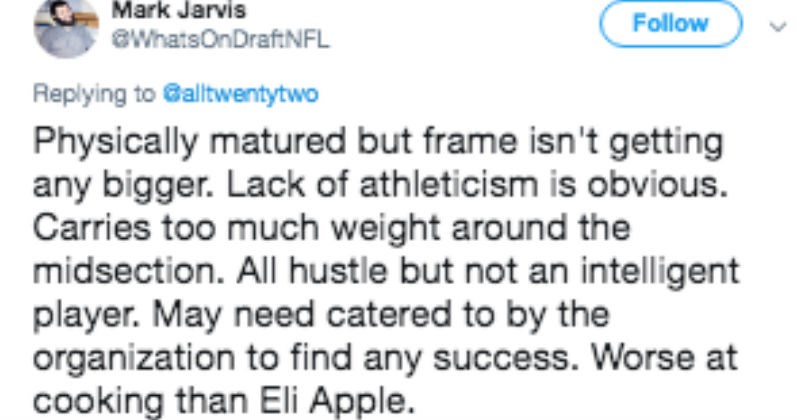 The fans and haters are not feeling this tweet, Tom Brady. Should've kept yourself busy staying off Twitter. 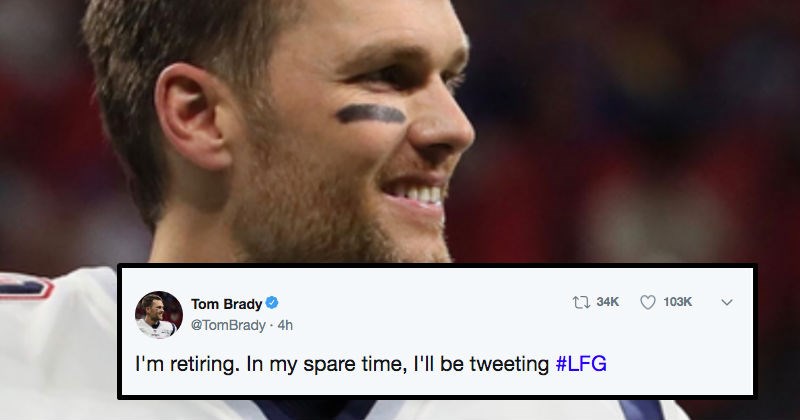 Absolutely insane. Usain Bolt shatters what some of us might think as physically possible, with a lightning bolt kind of speed. In this case, Bolt, turns up at the NFL combine in a pair of loafers, and proceeds to chase down the record with what looks like effortless grace. What a beast.

Tom Brady's Getting Dragged (Again) For His Ridiculously Oversized Coat

Tom Brady and his cartoonishly enormous coat are back, and people on Twitter can't get enough of it. I mean, can you blame them? That thing is HUGE. Just what is Tom Brady hiding under there? And it's worth noting, this isn't the first time he's broken out a beast of a coat. See here, for that reminder. 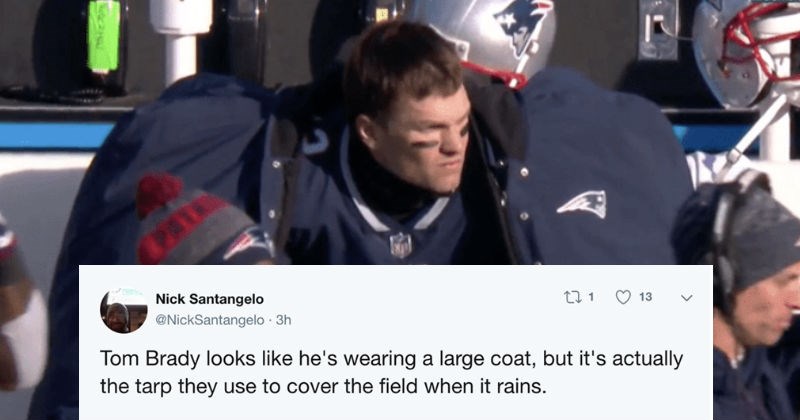 Some might suggest they're even working harder than the offense! 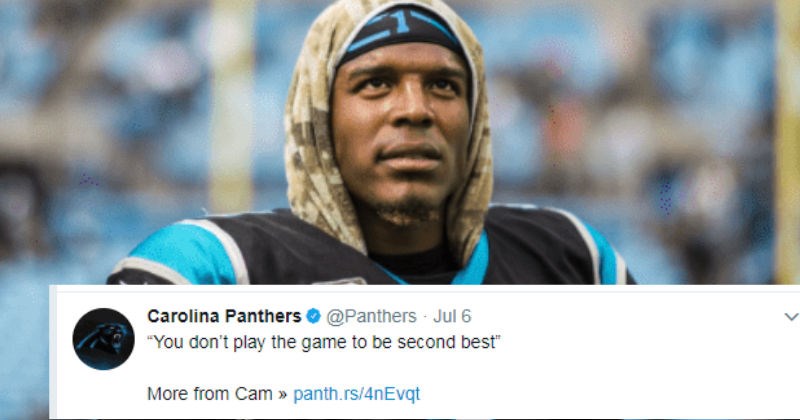 Buffalo Bills Safety, Jordan Poyer learned a harsh lesson in not f**king around with crazy. His wife decided to release a series of troubling texts between herself, and other 'victims' of internet personality, Summer Rae's psychotic, manipulative games. Poyer and his wife have reportedly since mended things after splitting up last July, amidst the cheating allegations; but DAMN, does Rae sound like one especially crazed individual. 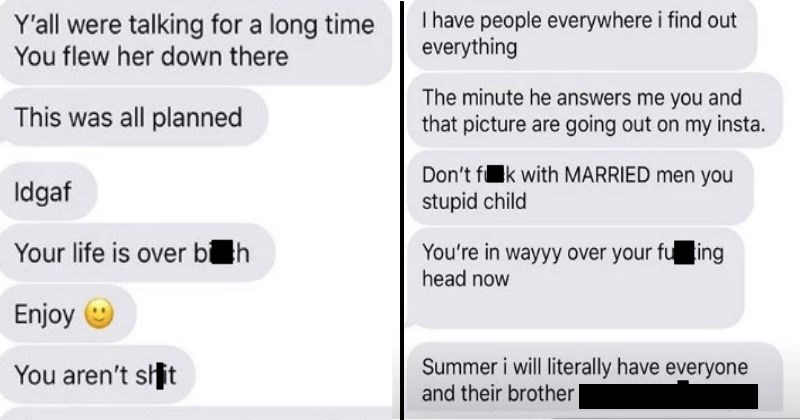