Little did the world know that all we need to motivate ourselves to get out there and seize the day, is an inspirational chompin' T Rex. I'm all for the extremely wholesome chompin' action.

Video Of Dinosaurs Crossing The Street Is Halloween At Its Finest

This ridiculous video of dinosaurs crossing the street in NYC and causing a general ruckus is going viral. There's just something so wonderful about these beasts roaming the street. They look absurd and hilariously out of place, and we are all for it. 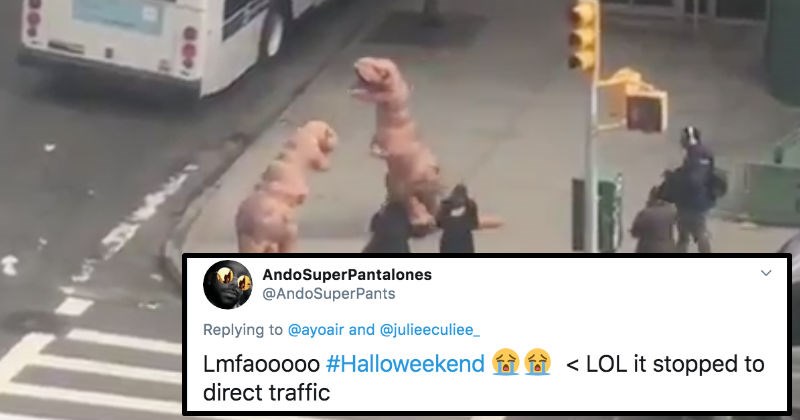 Jurassic Park but with Pee Wee Herman Is a Hilarious Nightmare

This one's for the dinosaur kids. This Tumblr thread goes into the gritty details of the lengths artists and scientists went to to make the amazingly realistic effects in Jurassic Park. Turns out the film leaves an incredibly interesting legacy. Pretty cool rigs, man. 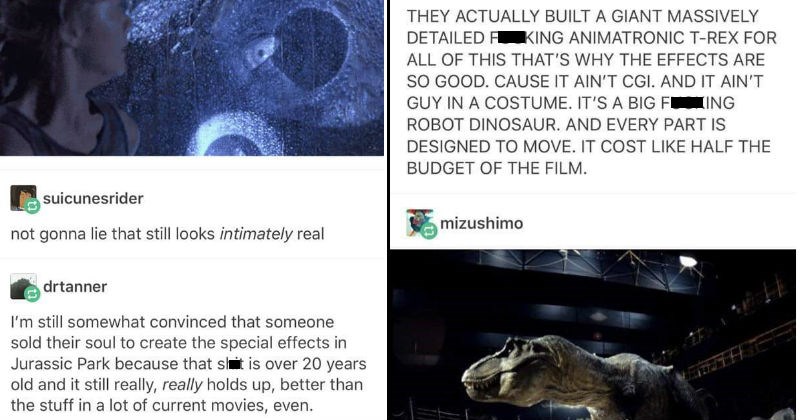 It's always cool when people throw in some creativity to make something new. Our dads didn't do stuff like this for us, and frankly that could explain our outlook. Anyway, as for people who go the extra mile and make create stuff for their loved ones, here's a guy who pulled off an incredible birthday surprise. 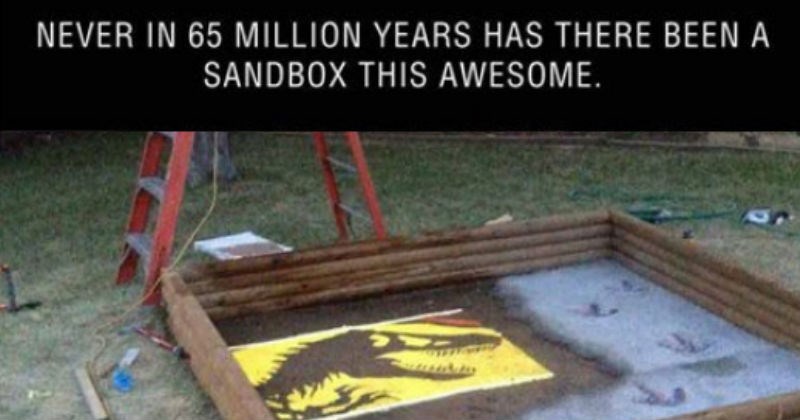 25 of the Dumbest Things People Have Ever Heard

It's a big world out there, which means there's a whole lot of opportunity to hear some pure, unadulterated stupid. You wouldn't believe how many people out there are totally in the dark about how the technology, biology, and even tarps work. What a great time to be alive. If this isn't enough, then here's more of the dumbest things people have heard. 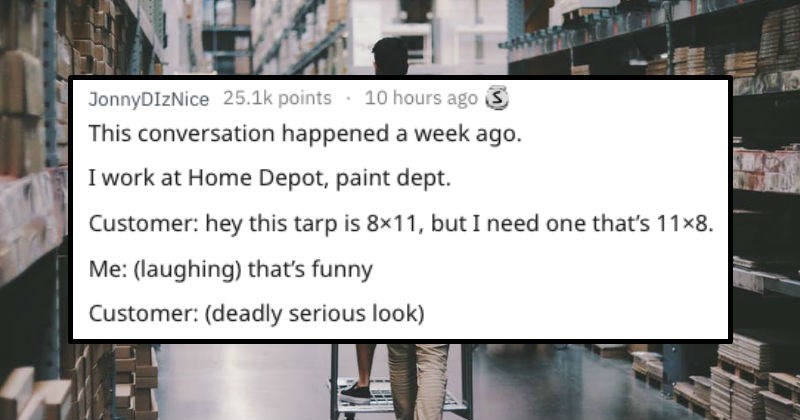 Strangely Proportioned Toy Dinosaur Gets Roasted Back Into Extinction 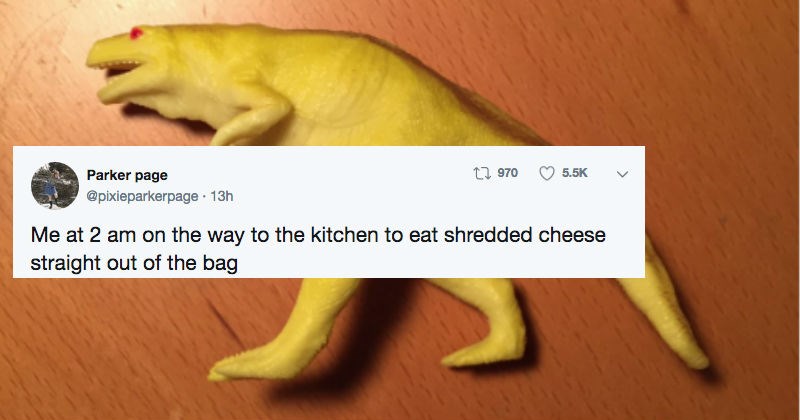 These real-life optical illusions will have you double-taking all over the place. 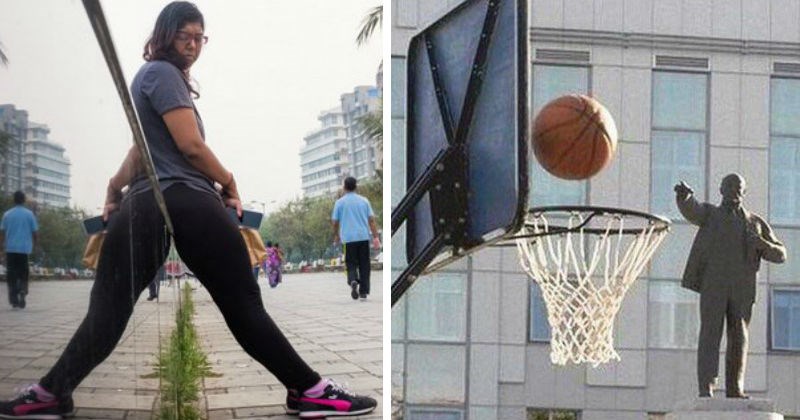 Grab your Goochi purse, lace up your Air Jardos and enjoy this bootleg bonanza. 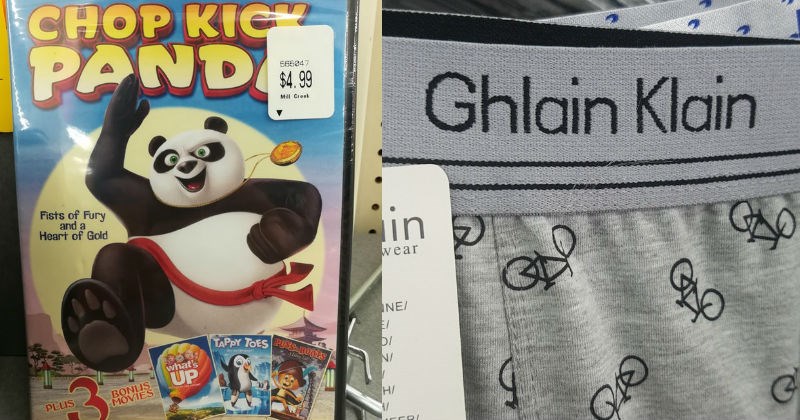 Maybe your parents lied to you, maybe you were reading a discredited book, or maybe you heard it on the playground. We've got a lot of erroneous garbage banging around our noggins. 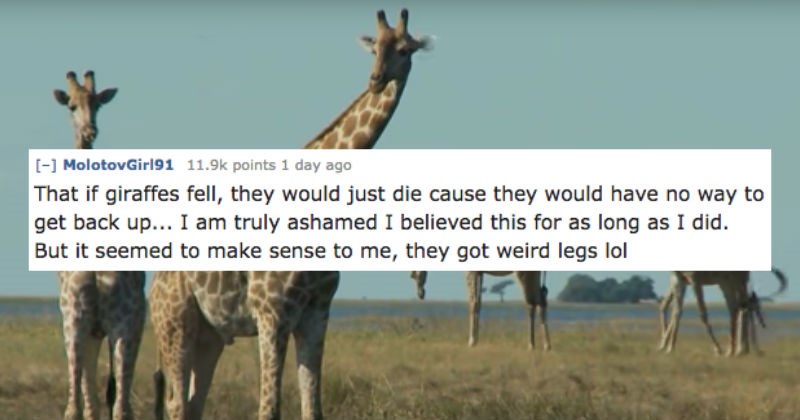 People are being dumb out there, stay safe. 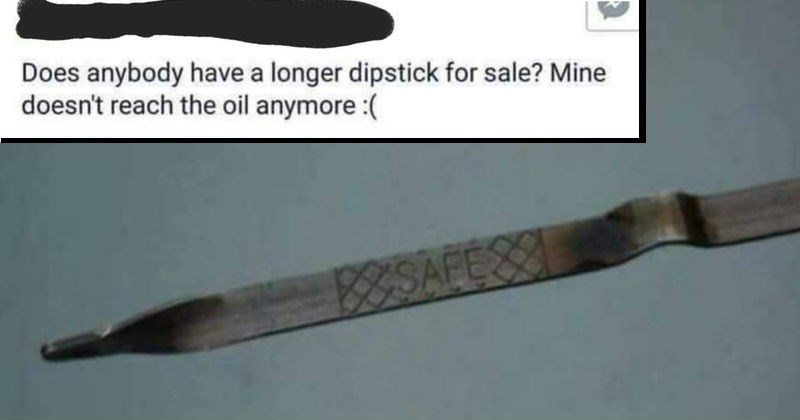 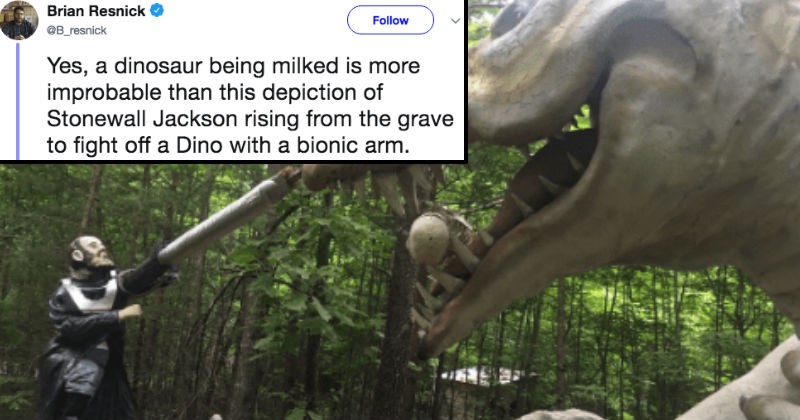 Pics of Dinosaurs with Googly Eyes To Improve Your Day

Hattie Grace Illustration enlightened Twitter with the fact that dinosaurs, which are great on their own, can be vastly improved with the addition of googly eyes. 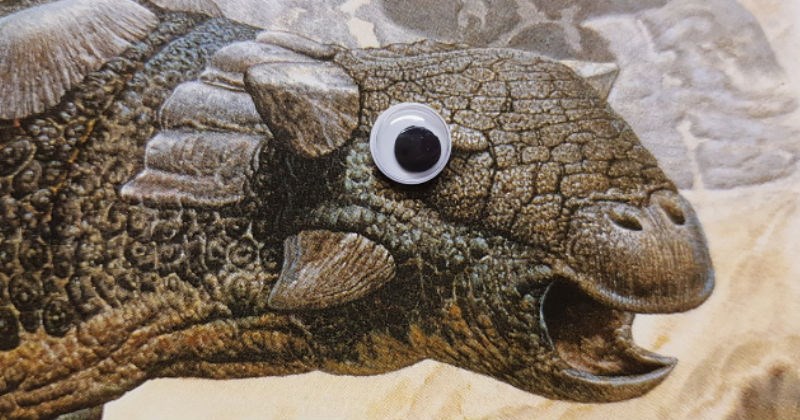 Donald Trump bestowed the world an arrestingly cringe-packed gift of a nationally televised moment this morning, just in time for Halloween. Yep, we're talking about an unmistakably uncomfortable interaction between DJ Trump and T-Rex kid. Maybe, T-Rex Kid was trying to get back at Donald Trump for talking sh*t about his parents working in the media industry? Long shot, BUT, Trump did after all bash kids' parents in front of them for working for fake news media. Naturally, people throughout Twitter pounced on the opportunity to crack some jokes about the moment. 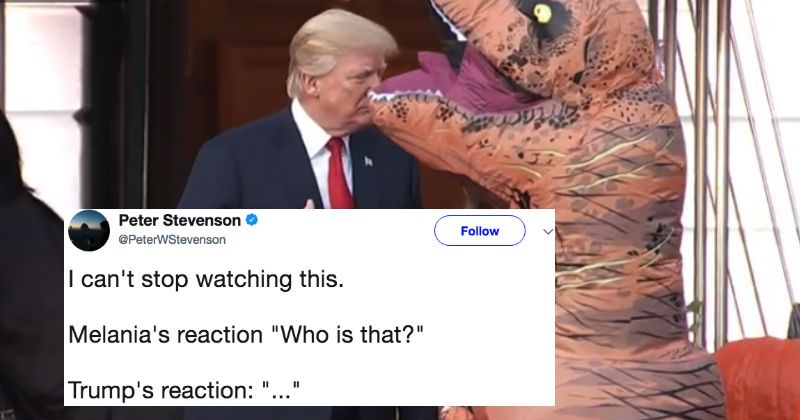 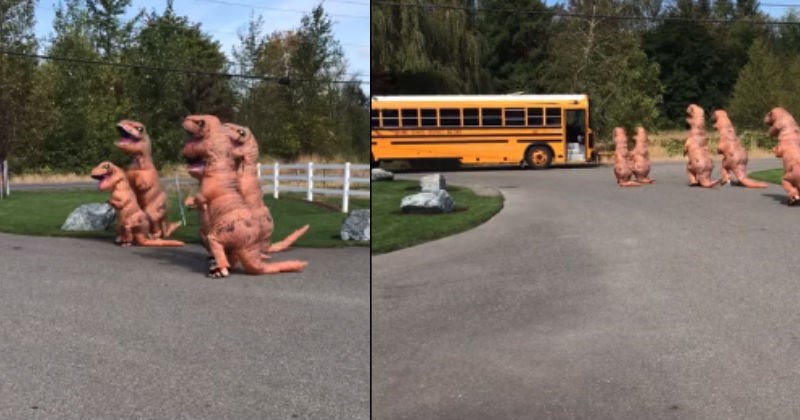 Can't think of a better way to pass the time while waiting for the school bus to arrive---as a T-Rex!