Known to some, but definitely not known to enough, Arnold Shwarzenegger was featured in quite a few ads in Japan in the late 80s and early 90s. There are way more than this one. It's not uncommon for American celebrities to shill themselves in other countries where they won't cheapen themselves in the eyes of their domestic audience. But that doesn't make it any less funny to see Snoop Dogg bust out of a refrigerator to sell German cell phone services. Honestly, money aside it would be very hard to turn this type of offer down. It has a very "do it just to say you did" quality to it.

This fun Tumblr thread captures the experience of someone realizing that YouTube had a seven hour ad. Now that is something you don't see everyday. And certainly not something that you want to find yourself having to sit through. Thank goodness YouTube has the "skip ad" feature nowadays. 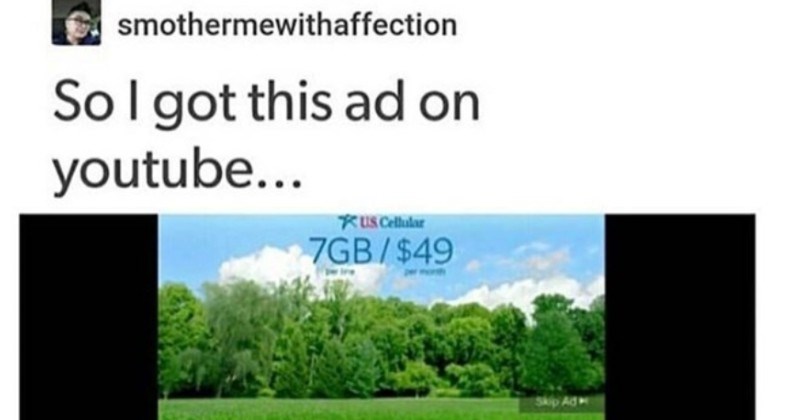 If you wanted to feel unhealthy or question the state of society at large, here's a telling reminder that at one point people considered soda a sometimes food. 16 whole ounces. Isn't that the kids size now?

I mean what can we say? Other than a bunch of puns about spreading seed and plowing.

An Unsolicited Commercial for a 30 Dollar Hot Tub

Unwanted Commercials makes commercials for various small businesses and craigslist ads. They do not tell the person or business that they've created an ad for them. They just do it out of the goodness of their hearts.

Every once in a while human beings pull something off that restores our faith in humanity for a little bit. This is one of those times. These dudes absolutely hooked it up for a perfect stranger that was trying to sell a car on Craigslist. Nicely done, fellas.

The Time Drunk Orson Welles Did A Wine Commercial

Some of the more infamous moments of Orson Welles professional oeuvre came when he gave into the world of commercials. For the uninitiated, Welles acted in ads for stuff from peas to cement, and he was featured in a string of successful Paul Masson wine commercials between 1978 and 1981. Most notably, it's speculated that a few extra drinks at lunch led to the set of wondrous outtakes in this ad for Paul Masson's French Champagne.

Someone on AskReddit asked for people to share their experiences with commercials that were so bad, they ultimately deterred interest in people giving companies any business. Breaking out the loud, squeaking tires on a commercial is no way to go about winning over the hearts of someone. Or, showing the same commercial over and over again, like they forgot about it when they saw the commercial a mere few minutes ago. 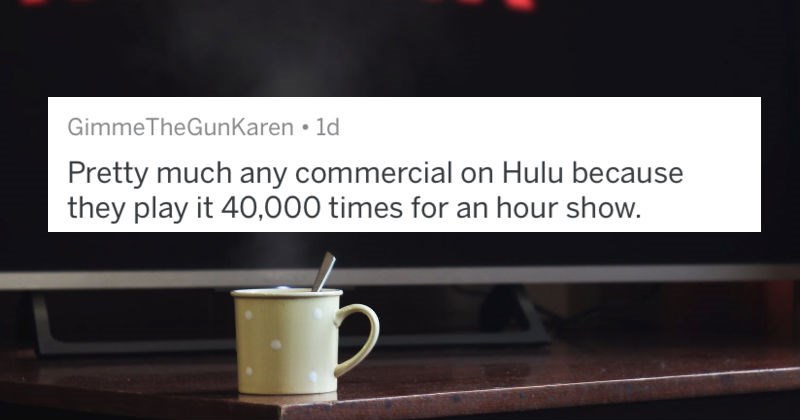 The Time Gorbachev Did a Pizza Hut Ad In The 90s

The 90s were a strange time. In this case, a 1998 pizza ad that featured the former leader of the Soviet Union, Mikhail Gorbachev. This article on the Gorbachev Pizza Hut Adstates that he needed the money for a foundation, and it was the only high profile commercial offer he took.

Just look at them snap. Look at that painful, stilted movement. There's something strange going on behind those '80s eyes. It's almost as if they're thinking "look at us, we will never not be cool." Oh man were they wrong.

Epic Thai Bug Spray Commercial Is Everything We Want from Advertisements

This bad boy has got everything. Terrific overacting, a riveting three-act structure, and a bunch of dudes in big bug costumes. We assume the product itself is probably effective too, but that's not what's important right now.

Via Will Tempfer
Repost
Recaption

If you grew up knowing anything about the Disney Channel then you're familiar with those short magic wand "I'm blank and you're watching the Disney Channel" animations. Turns out the perfect Mickey Mouse logo was HEAVILY edited in post. These are great.

"Hide The Pain Harold" Uses His Meme Fame For Good

András Arató, the face behind the classic memes, has had a resurgence in popularity over the last few years as people have gotten to know the real him. Recently he was featured in a Helpline advertisement in Hungary, where he lives. Even without knowing the language, his performance pretty touching. It goes to show how universally relatable the guy is.

He finally ate the mac and cheese! 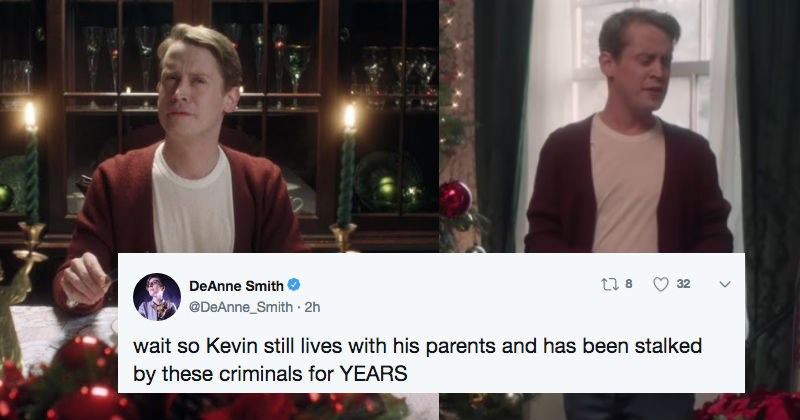 Sprint Is Brutally Trolling Verizon With a Fake Pop-Up Shop

Just the kind of ruthless troll-filled battle we love to see!