It must be hard to have that kind of memory. Like, just picturing the fact that you're plagued by an existence where you remember every fine and otherwise irrelevant detail in life. But alas, it's clearly helping out Magnus Carlsen. Dude was ready to answer the questions before the interviewer even had a chance to finish setting up the board.

This kid thought he was gonna play a friendly game of chess, but he had no idea that they brought in an actual chess master to show him the true meaning of chess. That giant health bar and Dark Souls stuff is just icing on the cake.

Apparently in reality the game went relatively wholesomely, but who has time for that.

We love nothing more than to see a cheater get outed on their antics. Sit back and enjoy the show as an international chess master Levy Rozman proceeds to absolutely destroy a blatant cheater beyond repair. On that note, catching a cheater is one thing, but if you're able to checkmate them in the process....there's the golden moment.

Let's all come into agreement that grandmaster is easily one of the coolest titles to have associated with your name. Maurice Ashley makes quick and easy work of this spicy New York trash talker in a game of chess. It was all over when that pawn took out a couple knights. There isn't really any kind of rebuttal for that.

LIKE.A.BOSS. Apparently he played and defeated Magnus Carlsen. I don't really know shit about chess, but mad props to this guy for the big 'ol victory, and to Magnus Carlsen for what has to be the most befitting World Champion Chess player name of all time.

Terrified Mom Thinks Her New BF Has Evil Plans For Her Son, Until Internet Helps Her Out

Mom's heart was in the right place... 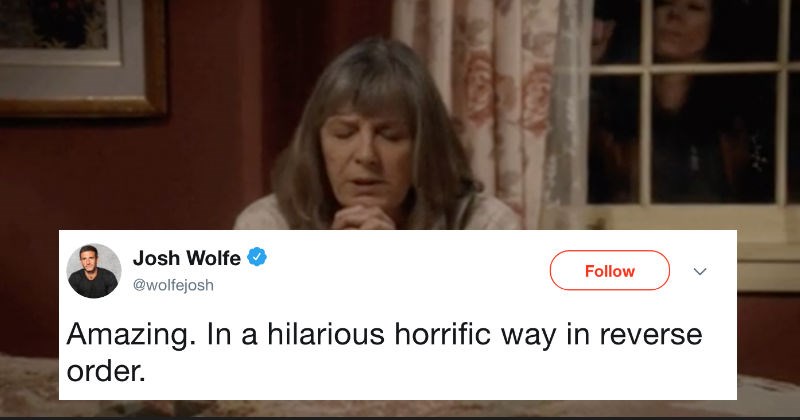 Can a chess hustler fool a grandmaster? Absolutely not. Props for trying, though. The look on the hustler's face when he finds out who he just played is priceless.

All War Really Is... 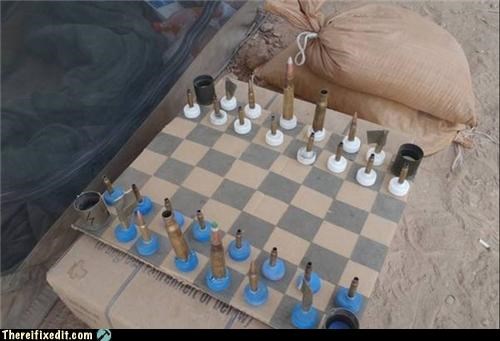 This may well be the most profound metaphor ever published on this site. Or it might just be a cool chess set. What do you think? ~NSHA 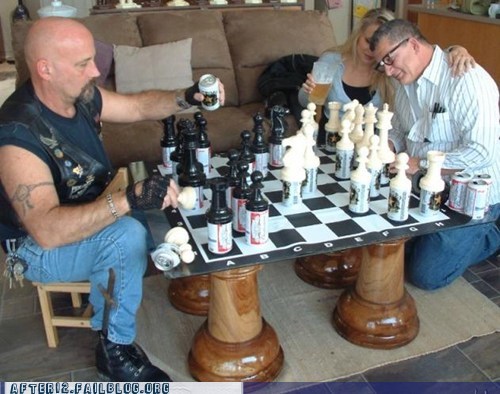 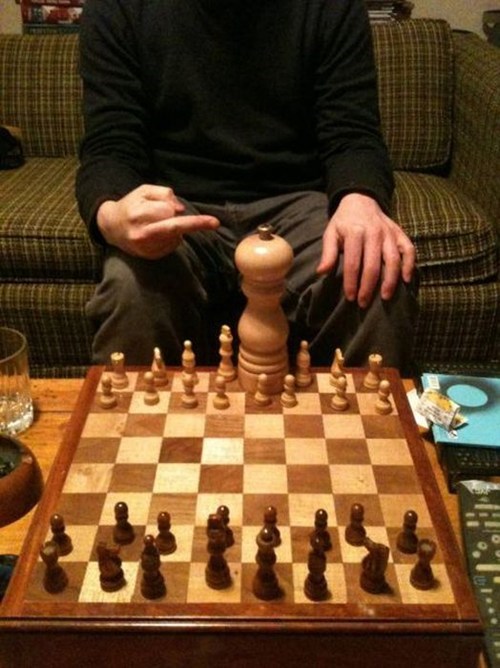 If You Have too Much Money to Spend, Feel Free to Pick Up the World's Smallest Chess Set 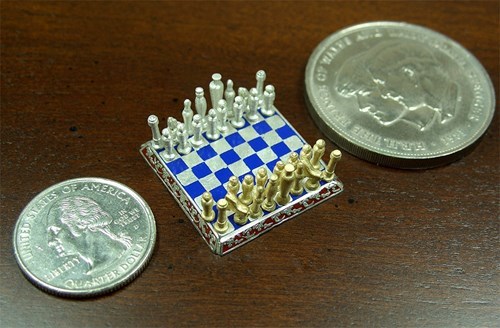 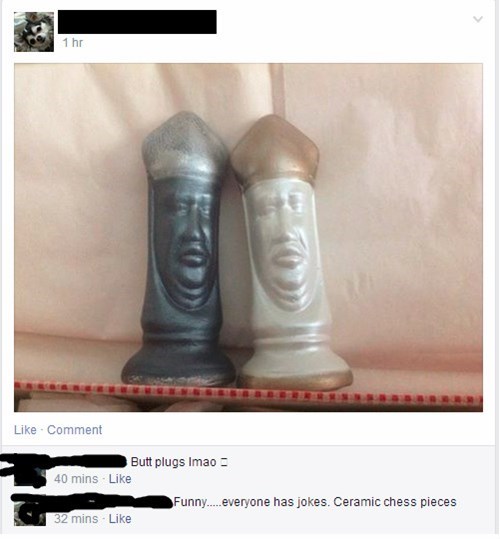