You know what? Let's make this a thing. Instead of all the navel-gazing GPOY (Gratuitous Pictures Of Yourself) I see everywhere, let's spread the love and start sharing GPOO (Gratuitous Pictures Of Others) to each other. Much less self-centered and a better way to show our friends we care. The only thing to fix is the acronym GPOO. The less it sounds like poop, the better. 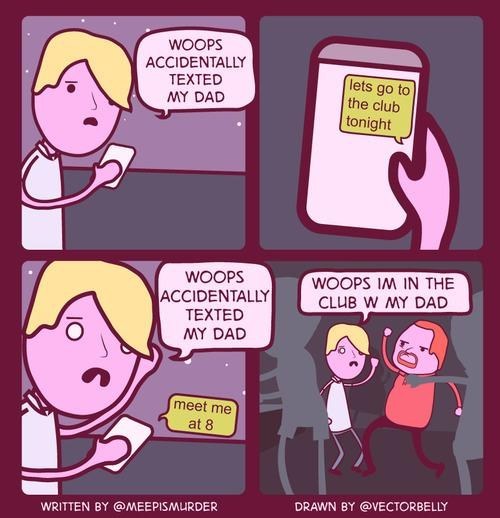 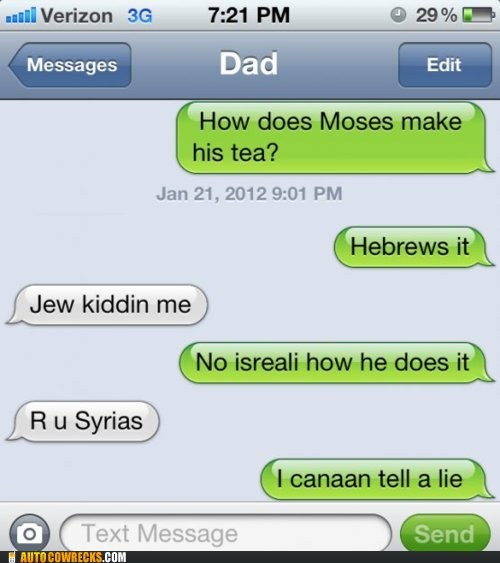 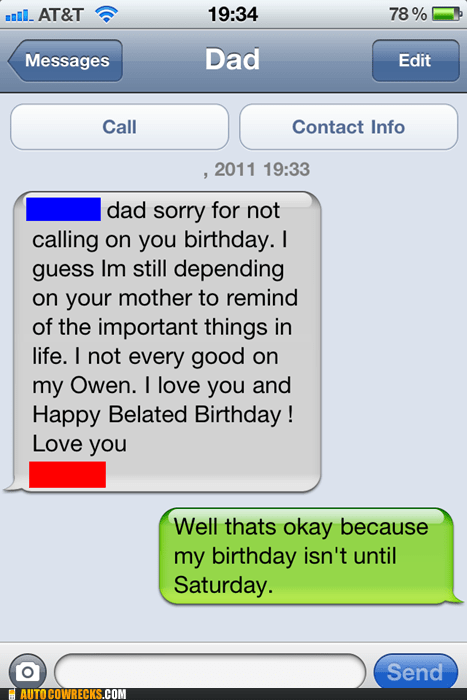 Dad Hates Everyone, It's Not Just You 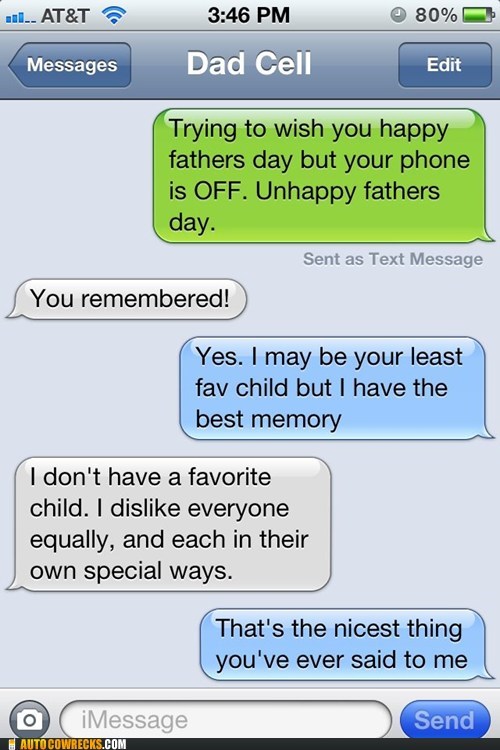 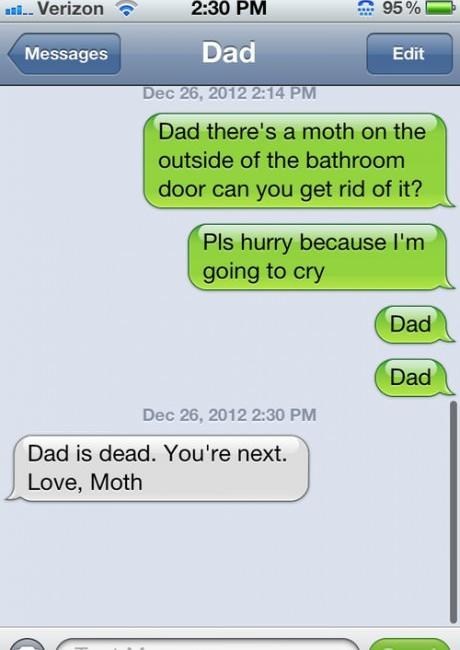 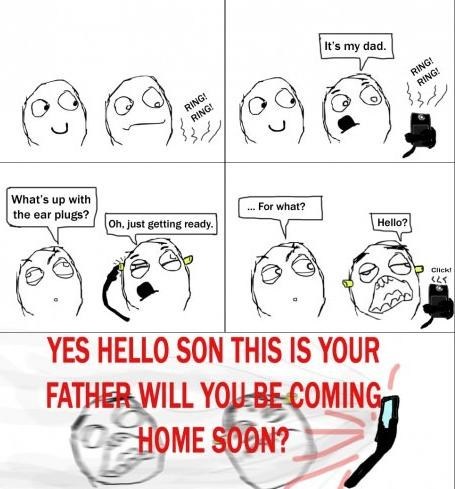 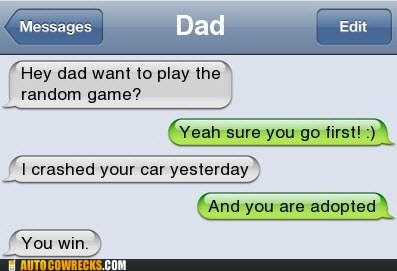 So the sender, who's listed as "Dad," calls the recipient "Dad" as well? My theory is that recipient adopted a child at a very early age - let's say he adopted a 2-year-old when he was 5 - and to help his son cope with the scant age difference between the two, the father just told the son that they were both each other's daddies because they had each conceived the other at the same moment in some quantum wormhole. The dad went to such great lengths to preserve this white lie that he listed his son as "Dad" in his contacts list. In this exchange, however, the dad finally tells his son the truth. 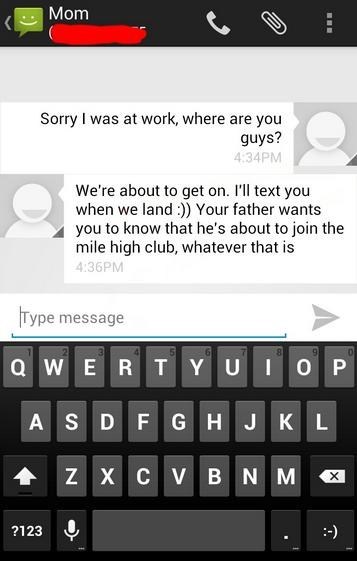 The couple never had sex again. 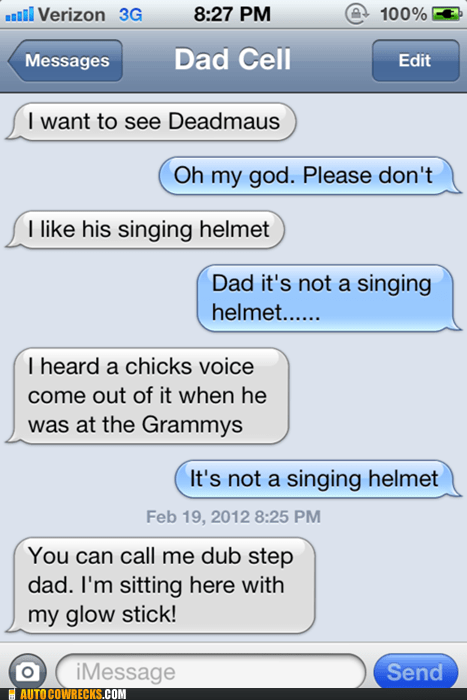 That's it. If was ever cool before, it's now officially deader than disco.

Should Have Deleted Your History

Don't think he won't check your Facebook, either, if he already has your phone under surveillance. Now he'll read all your friends replying to that status with "CONDOLENCES BRO" and other such things.

My Parents Party Harder Than I Do 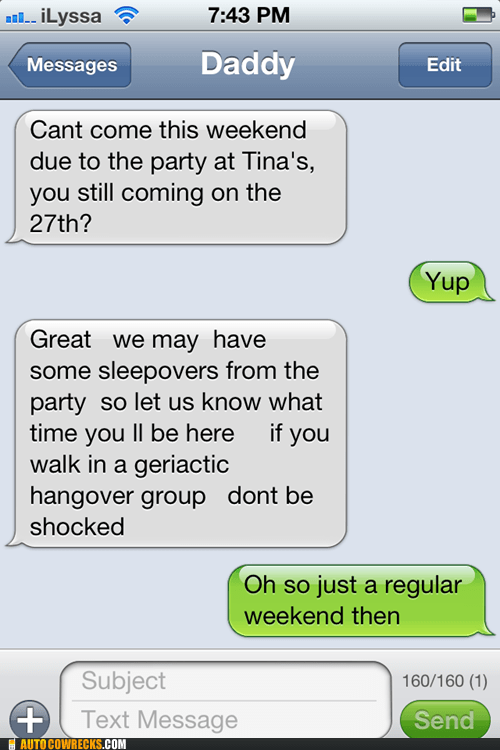 Dad, we should probably talk about your drinking...

One More Pun and I'm Disowning You 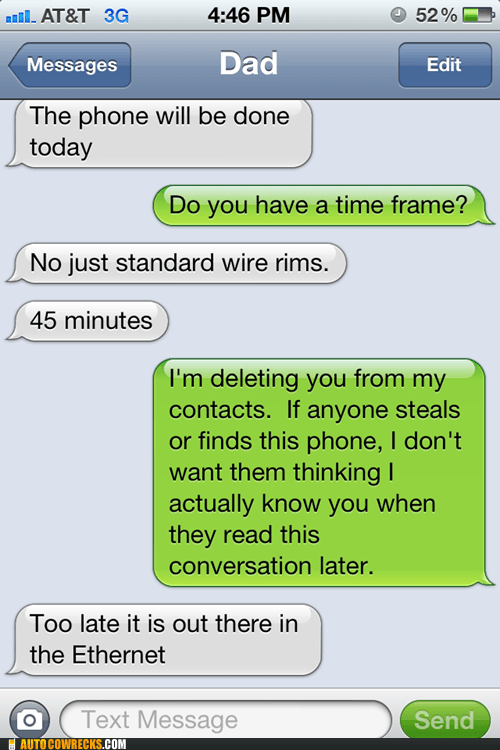 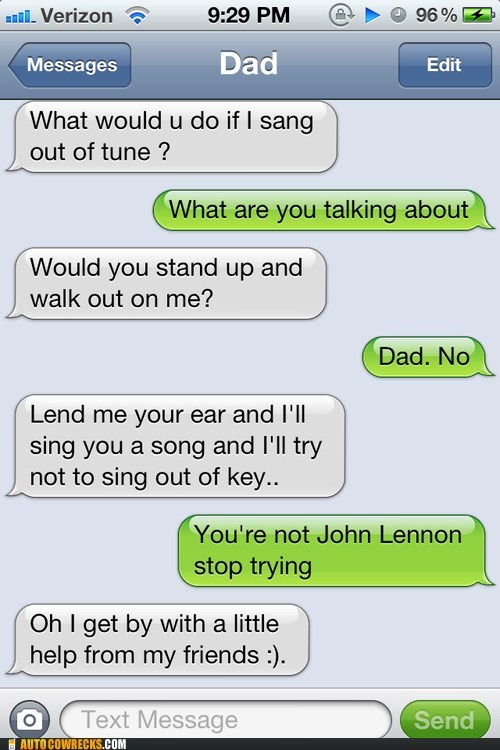 The Beatles are always appropriate.

Dads Have the Worst Sense of Humor 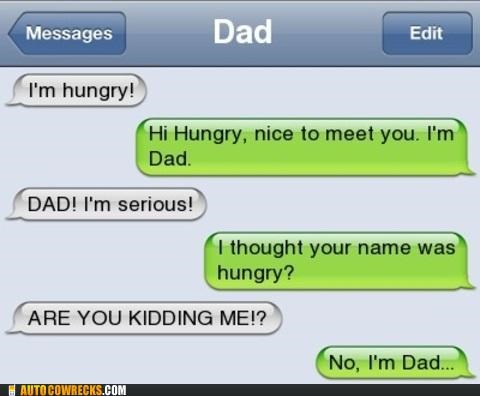 Every Dad ever should be crowned the king of awful jokes.