In Case of Emergency WIN 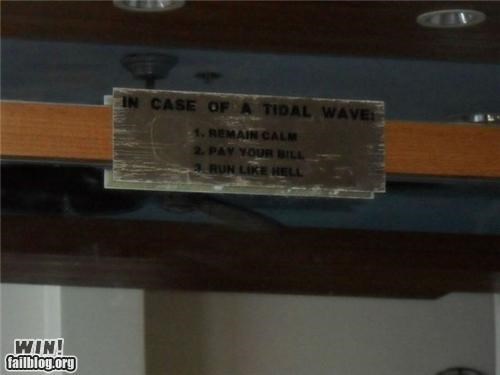 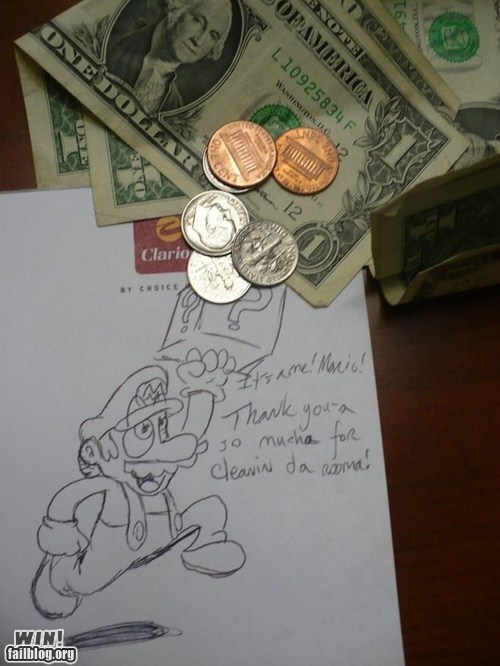 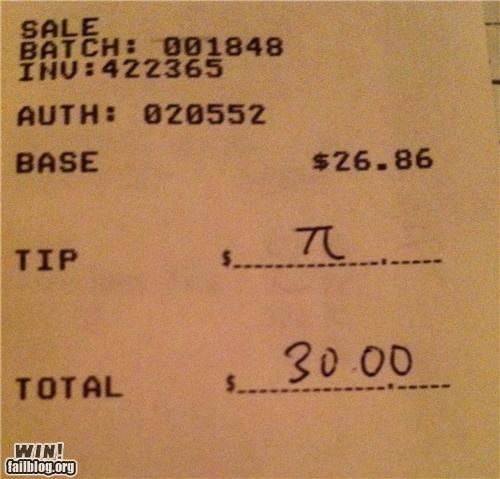 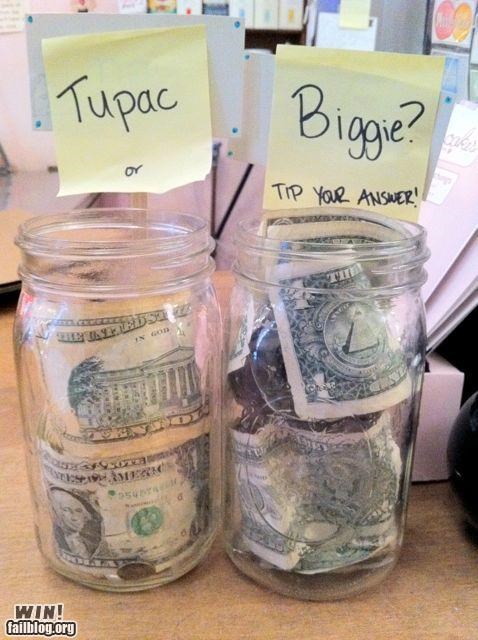 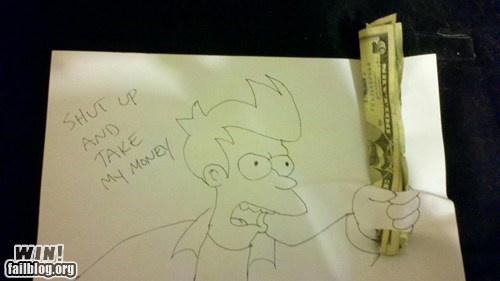 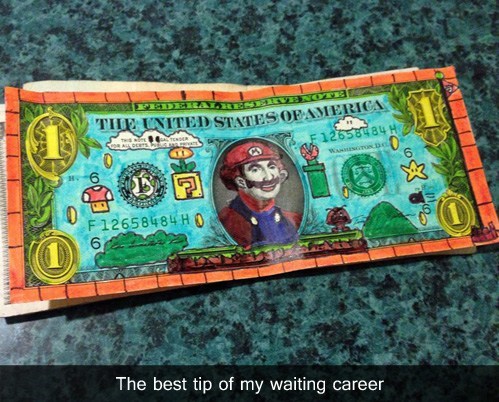 That must have been some pretty tasty gumbo.

He wrote a note at the bottom of the receipt clarifying that the amount was to be split between three people: $1000 for chef James Turner, and $500 each for the owner Christofer Nardelli and bartender Laura Dally.

His meal consisted of fried chicken, gumbo and some Old Chub Scotch Ale, according to theWashington Post.

And the anonymous patron told Nardelli that he did it because he is “very happy with what we’ve built and that he’s proud to be a customer.”

The restaurant posted a picture of the gumbo on Facebook Thursday, hoping to bring in some new customers thanks to all the publicity.

“The now famous Generosity Gumbo!” they wrote. “Chicken and Andouille sausage gumbo is still on special, so stop by and try a bowl of your own!” 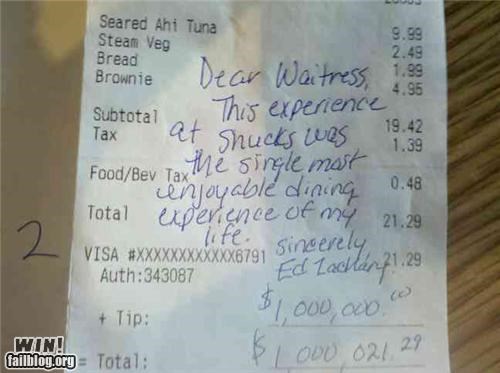 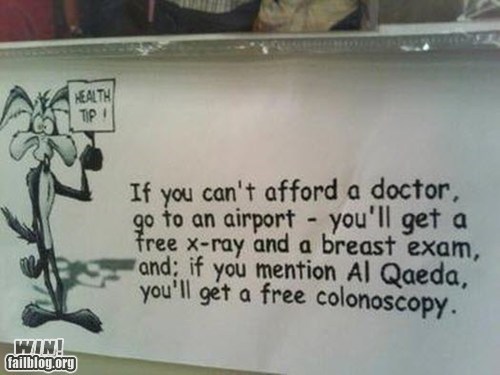 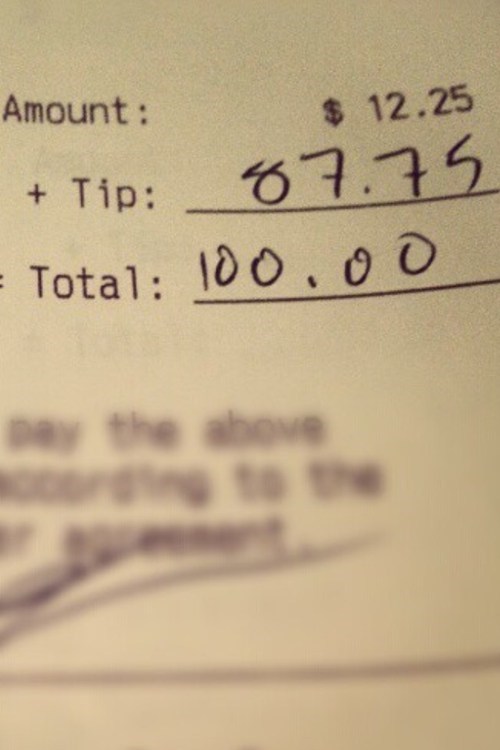 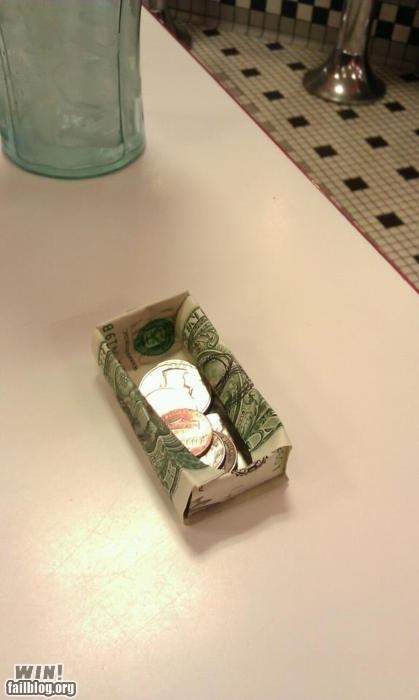 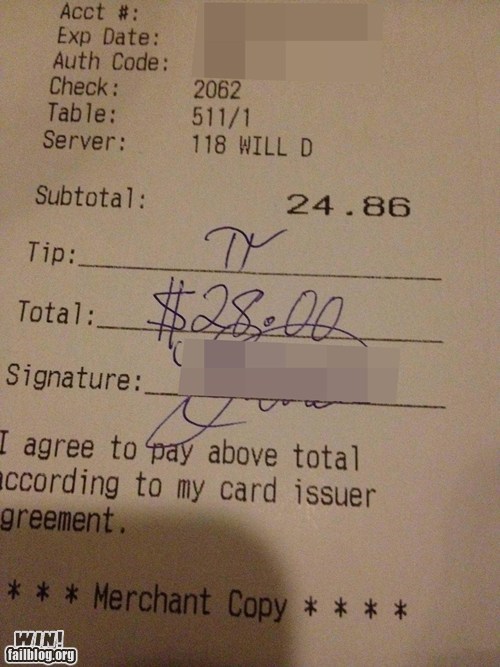 People's Most Incriminating "It's Not What It Looks Like" Moments