A Thank You to Mom 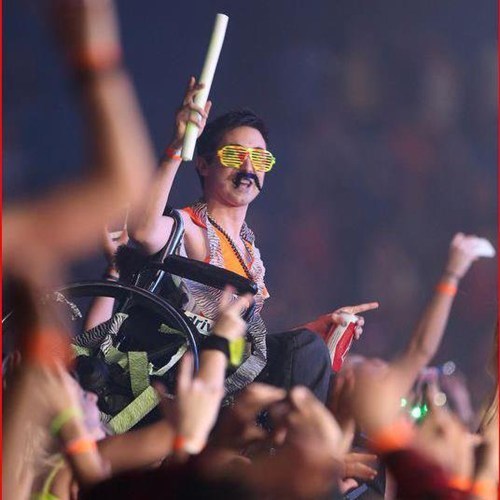 The Service Was Terrible, so Why Did This Couple Leave a Huge Tip? 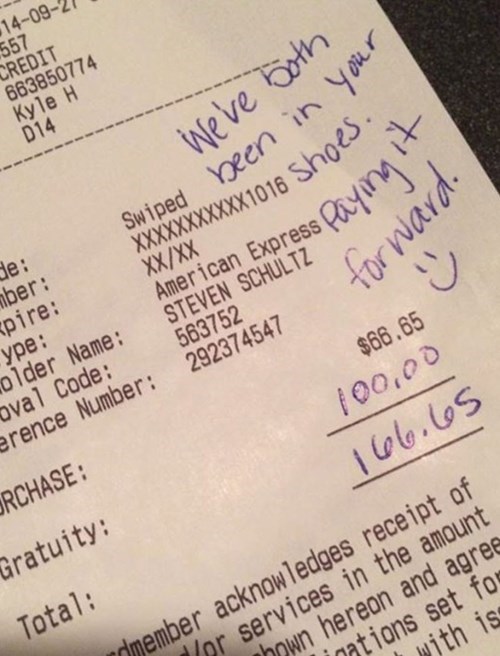 People all around us were making fun of the restaurant & how bad the service was. Yeah, it was pretty terrible. But, it was very obvious that the issue was being short staffed, not the server. He was running around like crazy and never acted annoyed with any table. At one point we counted he had 12 tables plus the bar. More than any one person could handle! As I sat there and watched him run back & forth and apologize for the wait, I said to Steven… Wow, this used to be us. Waiting tables. I don't miss it at all and I never loved that job. I did it for the tips. Steven and I agreed it would feel good to make this guys night when he would probably be getting minimal to no tips due to slow service. We walked out before he saw this and I'm not posting this for a pat on the back. I'm just sharing this as a friendly reminder to think of the entire situation, before you judge. And always always always remember where you came from.

One Fan Repurposed an Adrian Peterson Jersey for Something Amazing 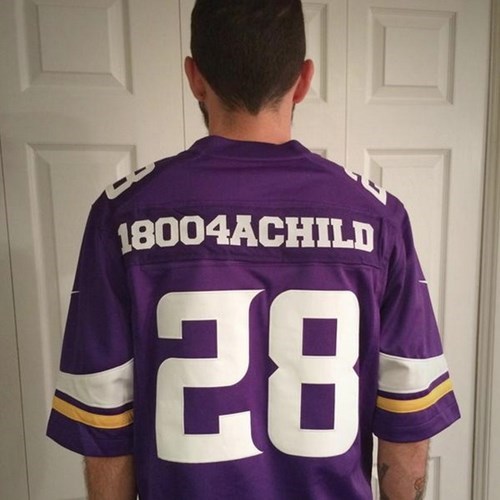 Surprise of the Day: How Will This Homeless Man Spend $100?

Prankster Josh Paler Lin gave $100 to a homeless man on the street, but it wasn't just a random act of kindness. He wanted to know exactly what he would do with the money and capture it on film.

Next thing you know, the guy is walking into a liquor store. But what he buys will surprise you and probably bring a tear to your eye.

"I wasn't expecting to get this kind of footage," he writes in the caption. "To be honest, I thought this video would be more an exposing homeless people video at first. But I'm so glad that I could witness and capture such a beautiful moment."

This Little Guy's Kindness is Something We Could All Learn From

Five-year-old Josiah Duncan asked his mother about the disheveled man at a nearby table in a Waffle House in Alabama. Aftear learning about homelessness for the first time, he begged his mother to buy him a meal. At this point, pretty much everyone in the establishment was cutting onions (not that we are either, no not us not at all).

Alright, seriously, maybe it's time we stopped making fun of her ridiculous youthful antics and all that. 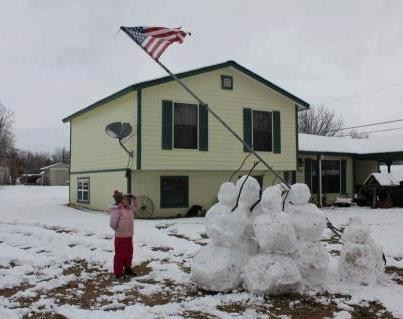 A Radio Station Reaches Out to a Mother in Need

How the Police in Houston Are Looking Out for the Homeless

A 10-Year-Old Girl Sent $20 to India's Reserve Bank, and They Had the Best Response 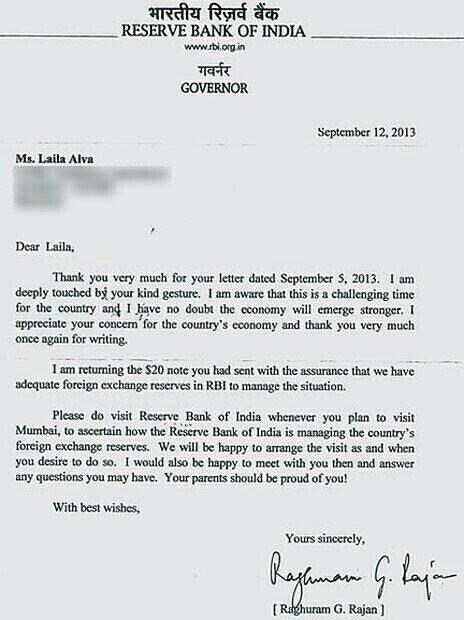