Weather of the Day: South Carolina Was Treated to a Rare and Beautiful Fire Rainbow 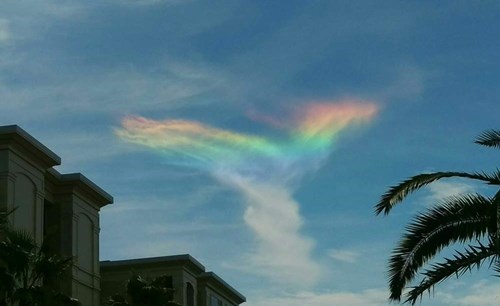 If its just a regular rainbow, the people of Isle of Palms in South Carolina aren't interested anymore.

They were treated to the rare meteorological spectacle known as a 'fire rainbow' Aug. 17 and nothing will ever be the same.

Look at this thing:

According to Meteorologist Justin Lock, a strict set of conditions are required for fire rainbows to appear. First, they only occur in high-level cirrus clouds made up of tiny ice crystals.

"To produce the rainbow colors the sun's rays must enter the ice crystals at a precise angle to give the prism effect of the color spectrum," Lock said, adding the sun must be at an altitude of at least 58 degrees above the horizon. "Again, it has to do with getting the precise angle."

Lock says we often see the same kind of thing occur with colorful sunsets in which high-level cirrus clouds produce many colors because of the low angle of the sun reflecting and diffracting light, producing brilliant reds, oranges and purples.

It took off on social media as well and Instagram rejoiced.

Without clarity. So beautiful Somehow it's actually prettier than that time lightning and a rainbow got in a fight.

It's a beautiful world, y'all. 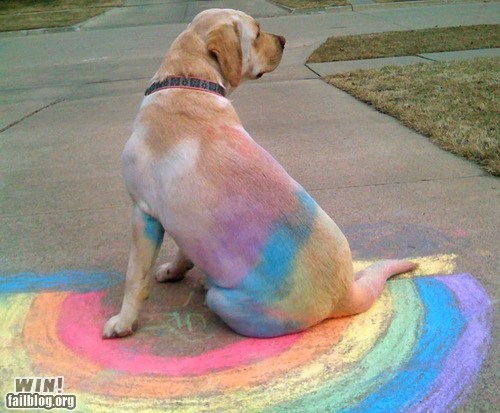 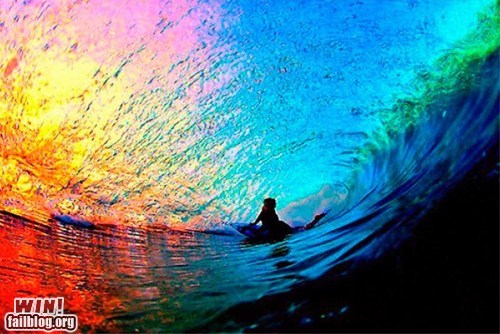 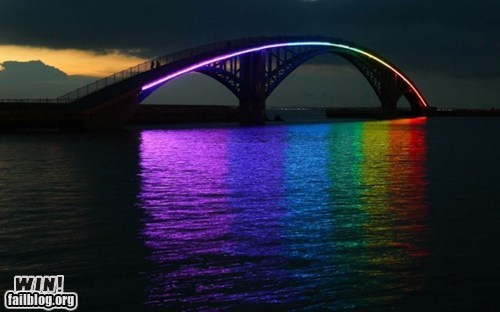 This is the Xiying Rainbow Bridge in Magong, Penghu County in Taiwan. Check the via link for more cool pictures! 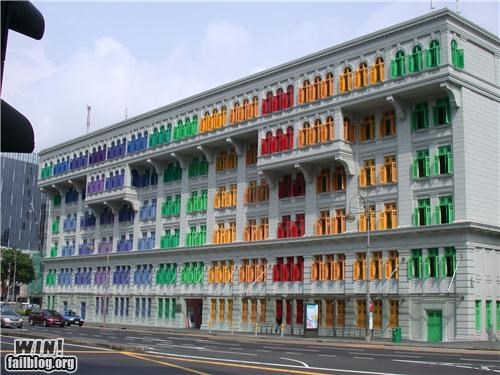 Not What I Meant WIN 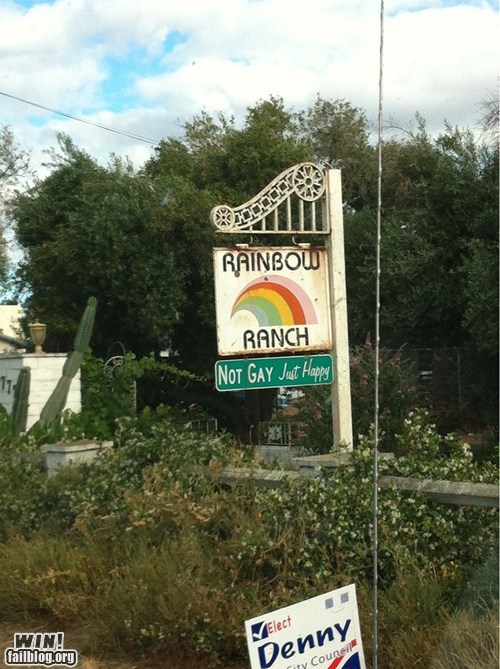 Taste the Rainbow (on the Way Back Out) 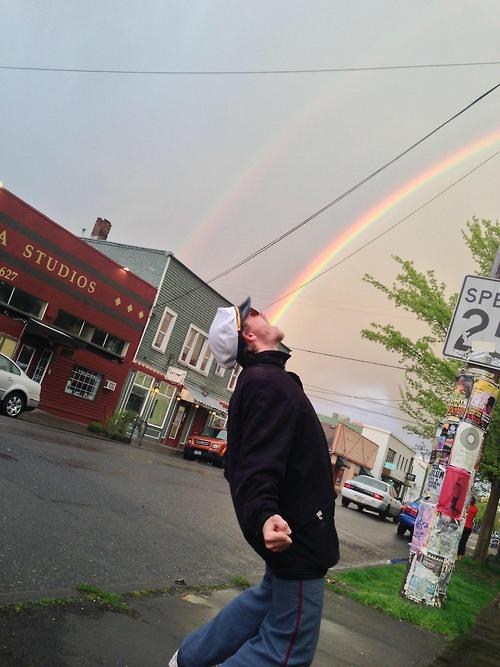 Find Out How Those Deliciously Trippy 'Rainbow Bagels' Are Made

Thanks To Snapchat Lenses Everyone's Cat Can Be Nyan Cat! 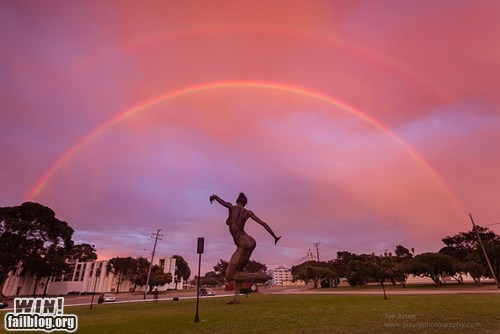 Quick, That Boat Has Gold in it! 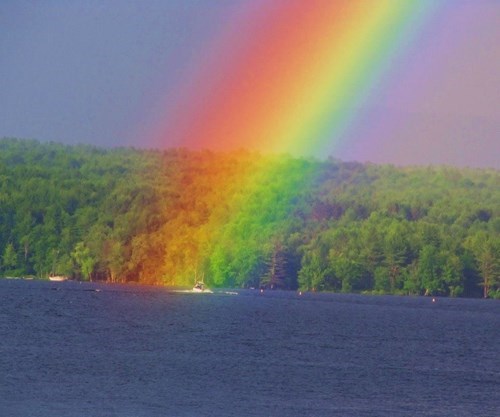 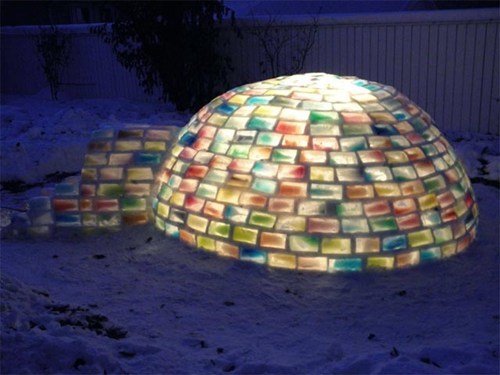 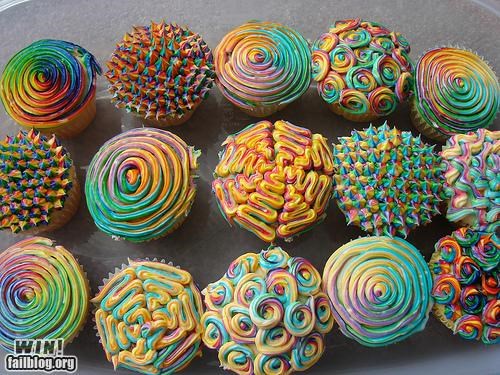 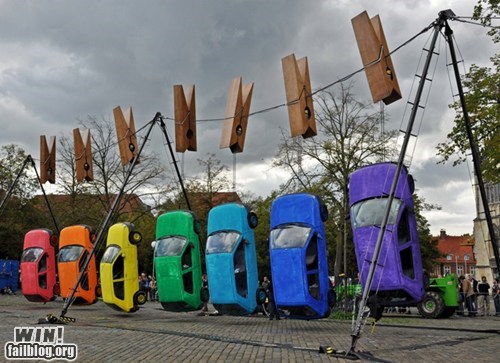 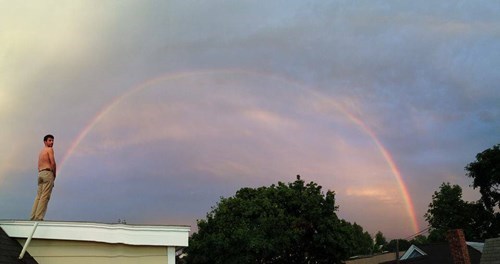 Most people welcomed Doritos decision to team up with the It Gets Better Project and make rainbow tortilla chips.

Some people didn't and voiced their disgust on the Doritos Facebook page.

That's where Mike Melgaard and his fake Doritos ForHelp account comes in. 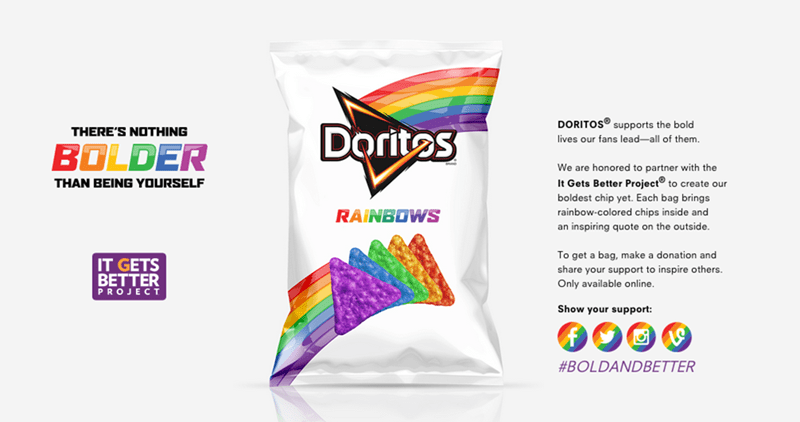