The Pope Receives a Sweet New Hat from the Crowd 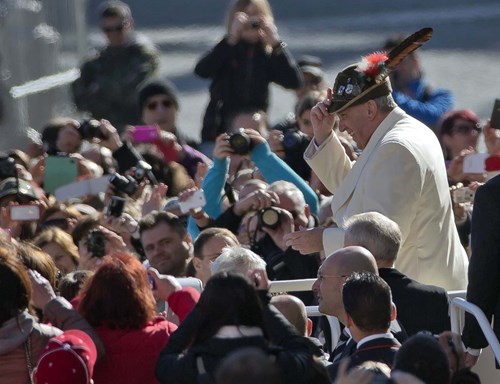 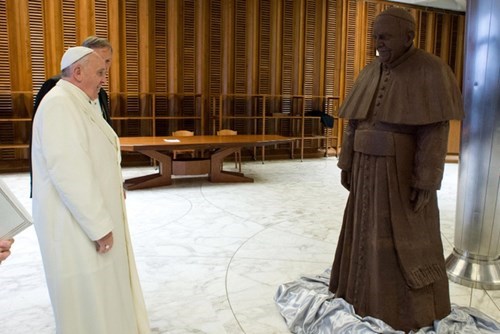 This life-sized chocolate likeness of Pope Francis was presented during Wednesday's general audience. Regrettably, the Jesuit oath of poverty may prevent his holiness from eating the statue and getting the most righteous stomach ache ever.