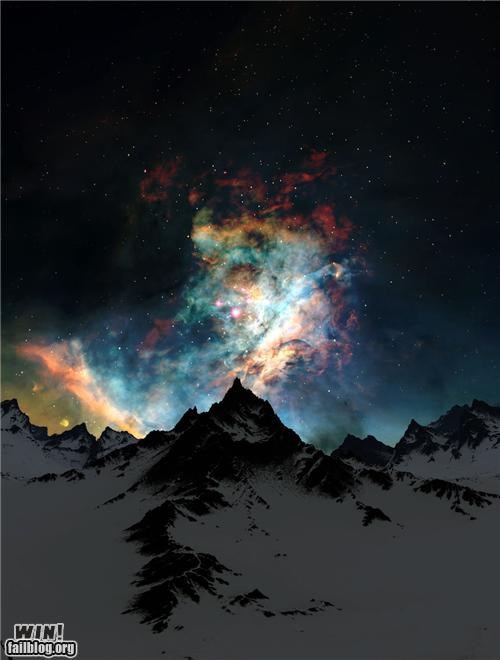 This beautiful video is a look at a map of the Milky Way that was just released. The video description explains in detail about how the image was made:

This video takes a close look at a new image of the Milky Way released to mark the completion of the APEX Telescope Large Area Survey of the Galaxy (ATLASGAL). The APEX telescope in Chile has mapped the full area of the Galactic Plane visible from the southern hemisphere for the first time at submillimetre wavelengths — between infrared light and radio waves — and in finer detail than recent space-based surveys.

The APEX data, at a wavelength of 0.87 millimetres, shows up in red and the background blue image was imaged at shorter infrared wavelengths by the NASA Spitzer Space Telescope as part of the GLIMPSE survey. The fainter extended red structures come from complementary observations made by ESA's Planck satellite.

Guy Demonstrates Reason To Not Try To Crush Obsidian