Dancing to the King WIN

Rare footage of members of the FAIL Blog team dancing?

Riots broke out in Baltimore on Monday following the funeral of Freddie Gray, with people looting shops, fighting each other and setting fires across the city in what CNN is describing as a “war zone.”

But not everyone is causing trouble.

Amid all the chaos, a Michael Jackson impersonator named Dimitri Reeves has been spotted dancing in the streets as part of a peaceful protest.

There are a number of different videos being passed around on social media of the guy blasting music and showing off his moves on top of a truck.

NBC reporter Shomari Stone posted the “Beat It” clip above on Twitter, and you can check out more of him below.

He’s also been retweeting shout outs from people thanking him for using his music to encourage peace and bring some joy to an otherwise dismal day.

There's Flooding in Argentina, but All This Guy Sees is a Chance to Practice His Moonwalk 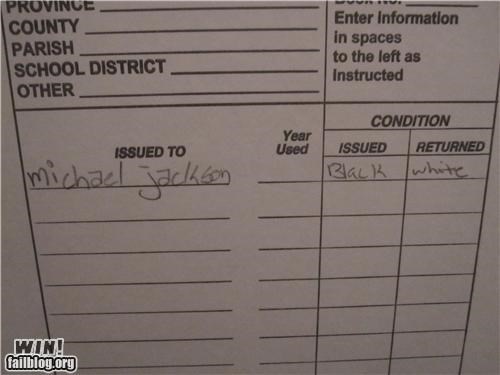 POTUS Gets In the Halloween Spirit with MJ's 'Thriller'