Who Needs a Holster Anyway? 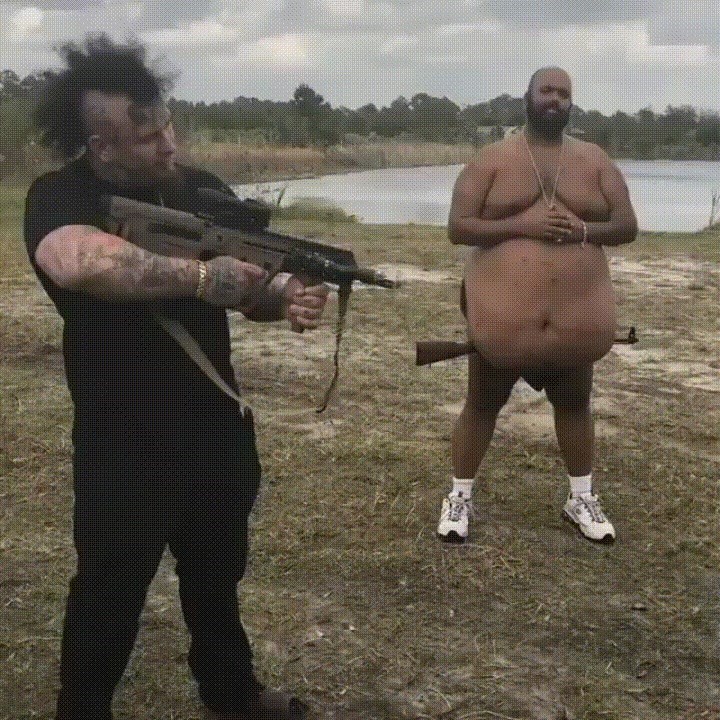 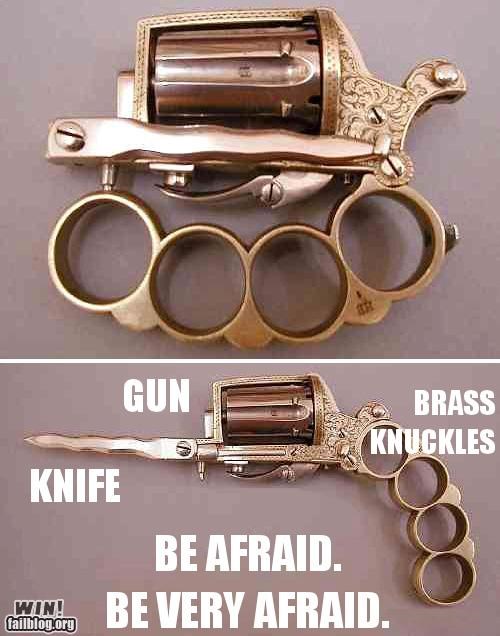 He Claims He's Made the Strongest Cup in Existence, and He'll Take a Bullet to the Crotch to Prove it

I Don't Know That I'd be This Brave, But Apparently You Can Stand Real Close to an Assault Rifle Under Water and Not Get Shot

It's harder to create movement in water than in air, because water molecules are closer together than air molecules. To show the difference in resistance, physicist Andreas Wahl puts himself in front of a weapon submerged in water and fires it - on himself.

The Ferguson Police Department is testing out a new device which they think might help prevent unnecessary shooting deaths.

“The Alternative” was invented by a retired police officer and is produced by a California-based company called Alternative Ballistics. It’s an orange accessory that sits on the end of a gun and basically slows down the bullet so it is less likely to kill someone (although it has never actually been used on a human).

“It’s going to feel like you’re getting punched in the chest by Barry Bonds,” CEO Christian Ellis told CNN. “It’s going to break some ribs.”

The company claims it only takes a few seconds to attach the device to the gun, and it doesn’t obstruct the view of the target through the sight.

Here’s a description of how it works according to Alternative Ballistics:

Once the weapon is fired; the bullet embeds itself inside the projectile with no chance of escaping, simultaneously transferring the bullet’s energy, propelling it directly at the target. Once the bullet is fired from the gun into the projectile they permanently become one unit. The docking unit will automatically eject from the weapon and the firearm returns to its normal function before it cycles in a new round.

How Many Peeps Can A .50 Cal Go Through? 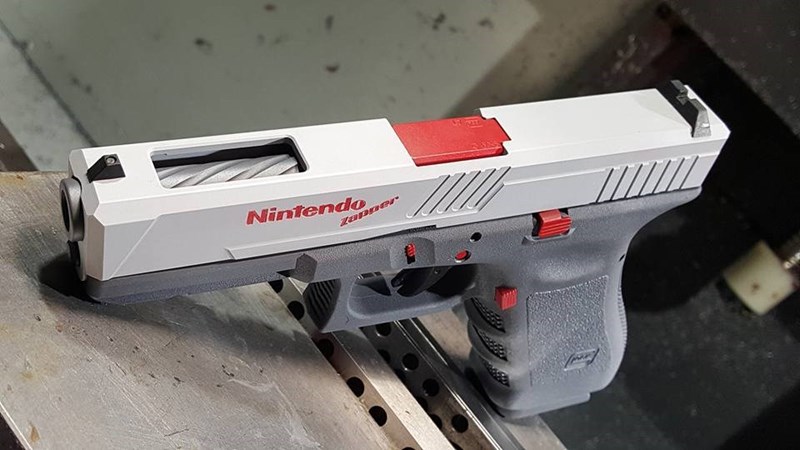 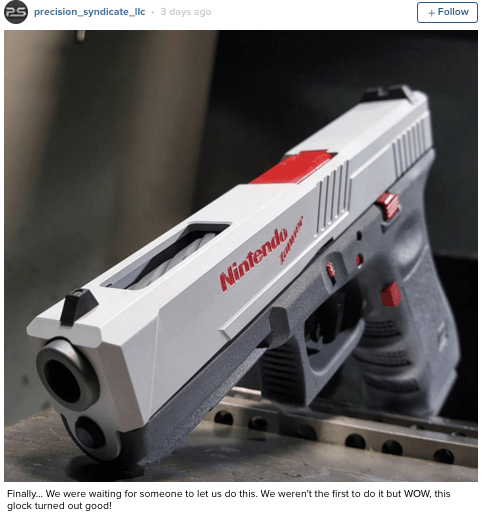 Some People Don't Care for iMacs, but This Guy Escalates it Way Further

Cooking Bacon on the Barrel of a Rifle, is Anything More American?

Via Dustin Ellermann
Repost
Recaption
Comments
Must Have Cool
Favorite 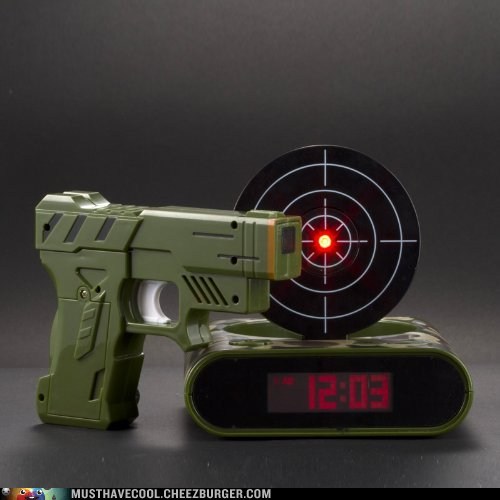 There is Nothing More Steampunk Than This Fully-Functional Gatling Gun

Trigger Discipline is Important, Especially at the Coffee Shop 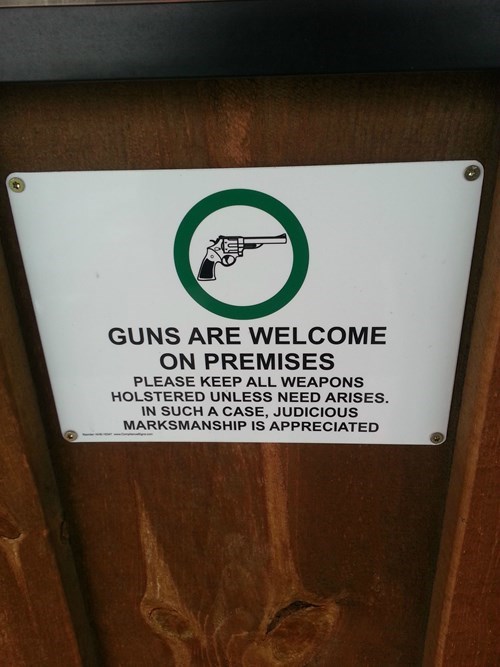 It's Not Really a "Handgun" at This Point, is it?

Most Messed Up Things People's Roommates Did