These Kids Are What America is All About

Danny Keefe, age 6, is the waterboy for his school's football team. Danny suffered a brain hemorrhage shortly after birth, which caused him to have problems with speech growing up. Speech therapy has helped immensely, but it still hasn't prevented Danny from getting picked on by bullies at his school. A few days ago, the football team decided that enough was enough, and rallied around Danny in a truly awesome way.

I need a tissue. Seriously.

The World's Game Just Got Geekier 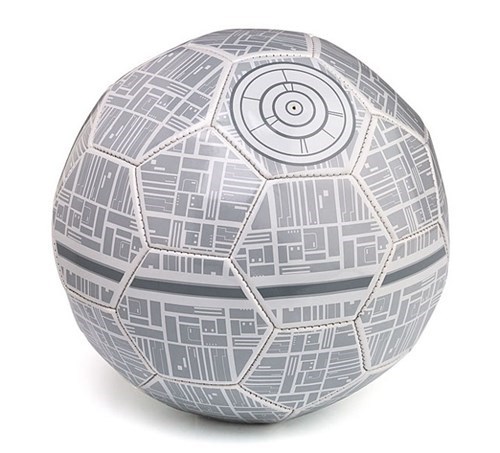 In a bizarre twist of fate, your goal will actually be to put this ball into a small exhaust port on your opponent's side of the field.

There was a problem rendering this video - it may have been deleted.
Via joey3688
Repost
Recaption
Comments

When You Score Your 3rd Touchdown of a Game, You Might Try the Mario Celebration on the Goal Post Too

Laces Out! This Middle School Kicker Uses the Ref's Face to Get The Extra Point

You Won't See a Hurdle Like This Outside of the Track

Watch Houston Texan's J.J. Watt Play an Impressive Game of Catch with a Fan in the Stadium's Upper Deck

Via News 4 You
Repost
Recaption
Comments

There Are Popcorn Lovers, Then There's This

Yep, This Young Athlete Has a Scholarship in the Making