It comes complete with a non-private toilet, wolverine claws, and remote controlled turret guns, all underneath his garden shed!

Aside from the obviously calming nature sounds, why have so many of us watched this video?!

Now All You Need is Pants! 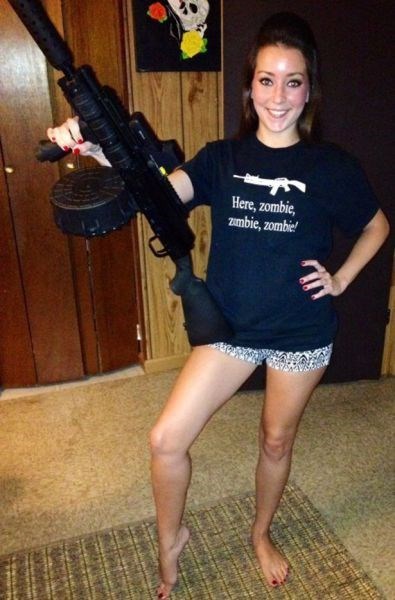 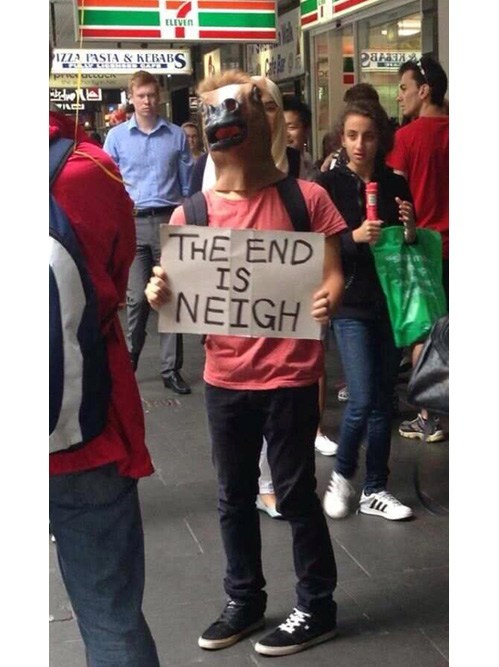 Mother Nature FTW: It Was a Nice World While it Lasted 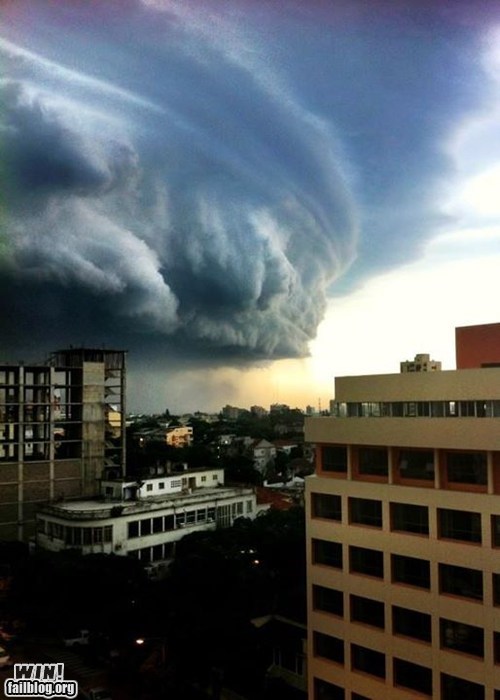 Fine, we get it, Mother Nature is not too happy with Brother Nature. Can we all please stop fighting and enjoy the WIN? 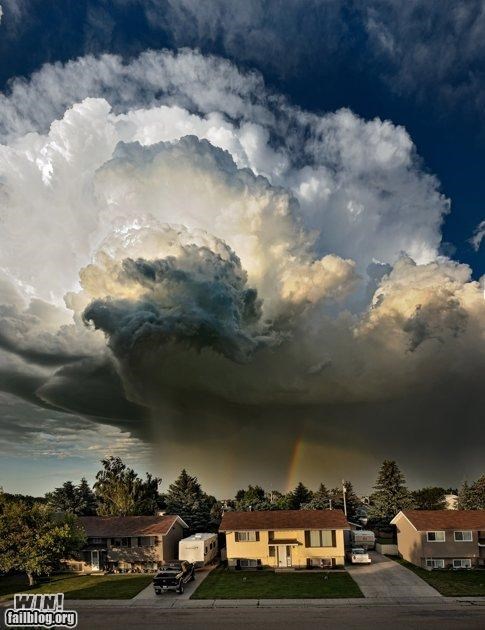 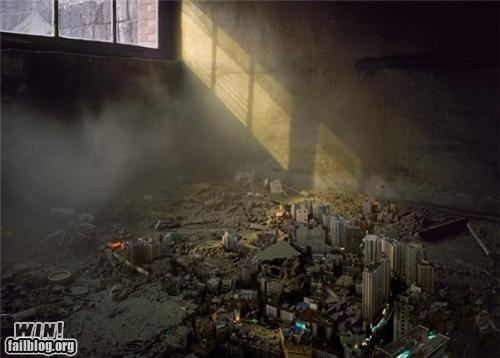 Apocalyptic Anthem of the Day: This is CNN’s ‘Doomsday Video’

This is CNN, and this… is the end of the world.

That's probably the last thing you will hear right before this video is aired on live television, as the the zombies tear through your neighborhood, the aliens blast through the White House or a giant asteroid crashes into the Earth's surface.

Jalopnik writer Michael Ballaban, who used to be an intern at The Situation Room with Wolf Blitzer, has unearthed this "Doomsday Video" that CNN will reportedly play at the end of the world. He found it on their database one day with a note to "HFR [hold for release] till end of the world confirmed."

Regarding their final broadcast, CNN's founder Ted Turner once told The New Yorker:

"Normally, when a TV station begins and ends the broadcast day, it signs on and off by playing the national anthem. But with CNN — a 24-hour-a-day channel — we would only sign off once, and I knew what that would mean. So we got the combined Armed Forces marching bands together — the Army, Navy, Marine and Air Force bands — and took them out to the old CNN headquarters, and we had them practice the national anthem for a videotaping. Then, as things cranked up, I asked if they'd play 'Nearer, My God, to Thee' to put on videotape just in case the world ever came to an end. That would be the last thing CNN played before we — before we signed off."

In a note on the site, Ballaban says they won't disclose any details about who actually leaked the video to them.

"It's not something we've been sitting on since I was an intern in 2009. While I've been aware of its existence since then, it was only acquired after I came onboard here at Jalopnik," he writes. 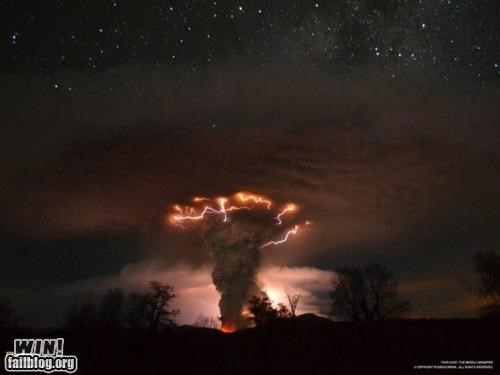 Via our friends over at The Daily What:

Chile's Puyehue-Cordón Caulle volcano complex spews a scary cloud of ash and lightning during a June eruption that disrupted air travel throughout the region. Ricardo Mohr's stunning shot was picked to appear in National Geographic's "Pictures We Love: Best of October." 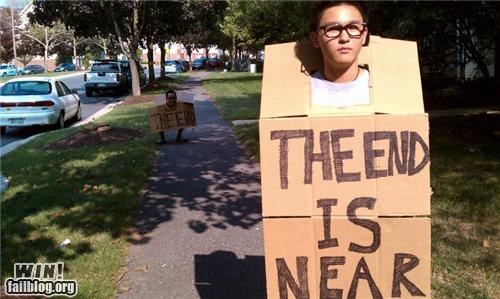 Get ALL THE WORDS over at So Much Pun! 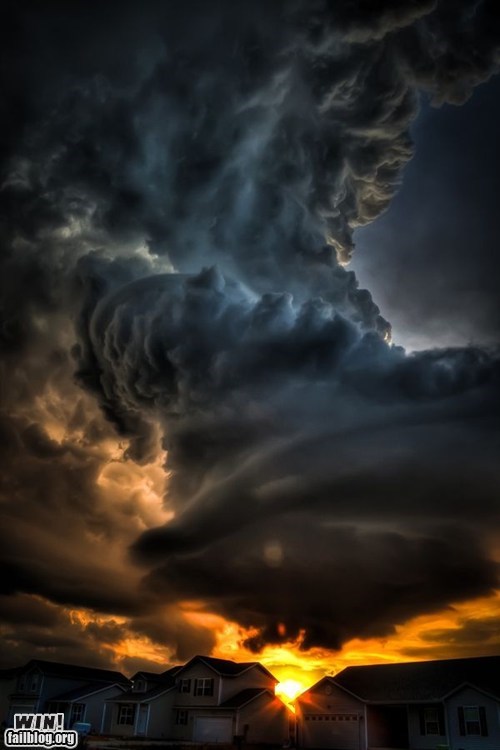 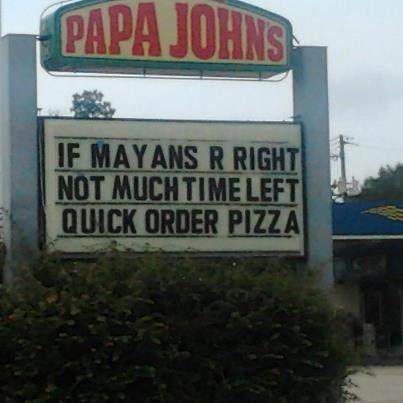 CLASSIC Mother Nature FTW: GET IN THE CAR 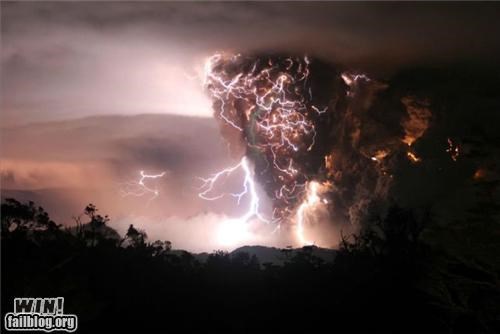 The bad news: Computer AI's can talk to one another and generate answers in real time, thus bringing us one step closer to the robot apocalypse. The good news: It will be the most logically recursive and convoluted apocalypse ever.