Jeopardy of the Day: A Contestant Actually Got Alex Trebek to Say 'Turd Ferguson' on Air

One brave (or stumped) Jeopardy contestant got Alex Trebek to say "Turd Ferguson" during Sept. 16's final round.

This is one for the ages folks.

Of course, she got the idea from none other than Burt Reynolds and his mastery of comedic timing and poise. Meme of the Day: Contestant Brings the Internet to Jeopardy! 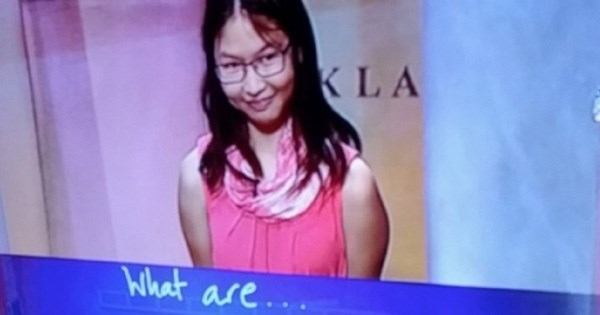 Jeopardy! has been making quite a comeback in the past few months — what with Alex Trebeck rapping and calling his contestants losers and all. But last night, a contestant on Jeopardy!’s Teen Tournament took the gameshow back for the players.

During "Final Jeopardy!," the contestant, Sabrina, didn't stumble when she didn't know the answer. Instead, she shut Jeopardy! down with an Internet-ready response worth all the Daily Doubles in the world.

Her response to the answer “Roughly half the size of Texas, it's the largest structure made by living creatures and can even be seen from space” was... 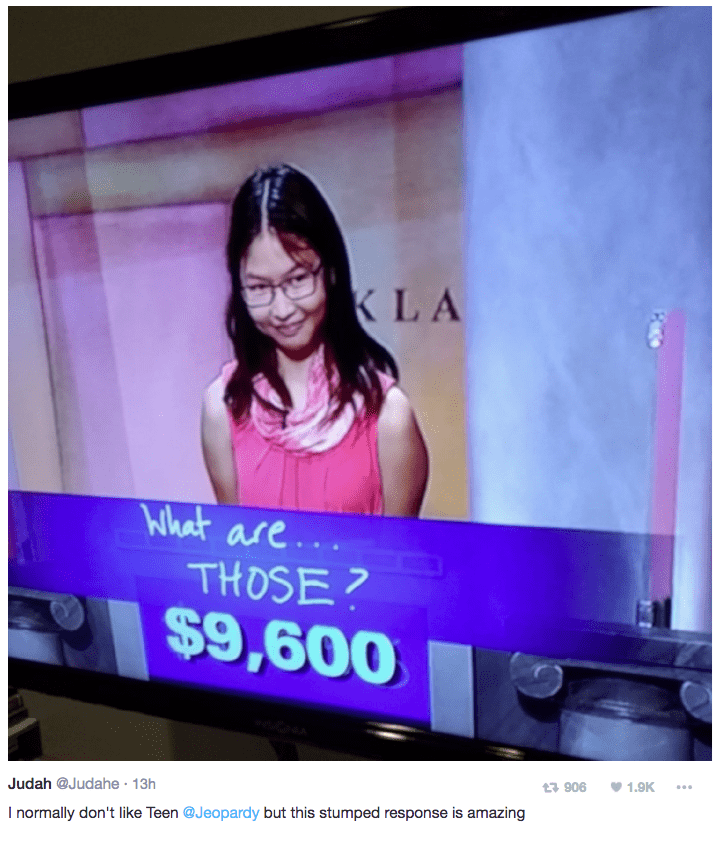 Forget that the answer is "The Great Barrier Reef" because this is all that matters now.

And the crowd went wild: 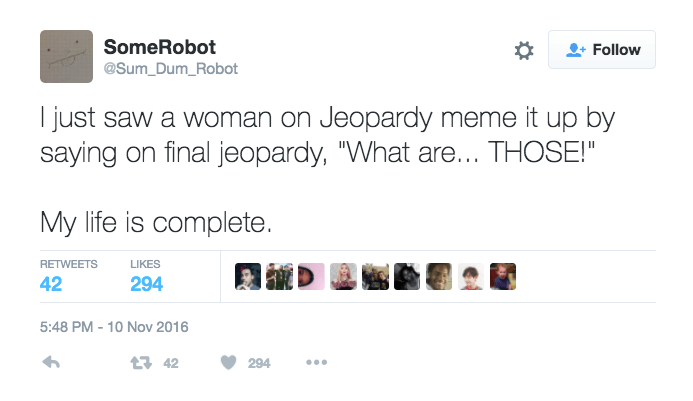 If This Clip is Any Indication, Alex Trebek Has Completely Given Up on His Own TV Show