WWII Veteran With Speeding Ticket Gets Wholesome Treatment From Judge

Via Caught In Providence
Repost
Recaption

This guy looks great for 93-years-old. He comes to court for his speeding ticket, and proceeds to tell stories of his time fighting in the Pacific during WWII.

The story goes like this: over 70 years ago a World War II soldier filled 31 rolls of film with pictures, and in 2014, The Rescued Film Project, recovered all 31 of those rolls. What follows, is a video showing what went into the development of these photos, and then as an audience, we even get to see some of them! Pretty neat.

It all makes sense now! 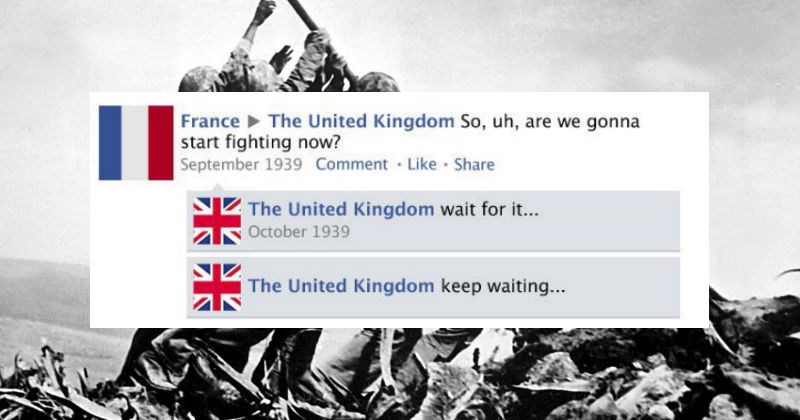 After Muslim Ban 2.0 Gets Shot Down By Hawaii Federal Judge, Man Makes a Pearl Harbor-sized Mistake and Asks What Hawaii Knows About Being Attack

If you're going to tweet, make sure you crack open your seventh grade history book — or at least have the history channel on — first.

Twitter user @FiveRights, self-described "Trump, Free Speech, Limited Govt," or so says his Twitter bio, really doesn't like that a federal judge in Hawaii said, "You're fired," to Trump's regurgitated travel ban. So as so many Americans do, he turned to the internet for support and tweeted this gem:

Hawaii, what do you know?
You were 5,000 miles from 9/11.
You run your little world and let the grownups run the mainland. pic.twitter.com/1R4AWmmg7R

Wow. What a take. What gigantic, Pearl Harbor-sized take! What does Hawaii know about being attacked? It's not as if an attack on Hawaii didn't plunge us into a World War or something.

Anyway, people on Twitter seem to think that this might be a little off base, unlike a certain naval base that was attacked on December 7, 1941.

What, You Don't Remember the Australian-American War? 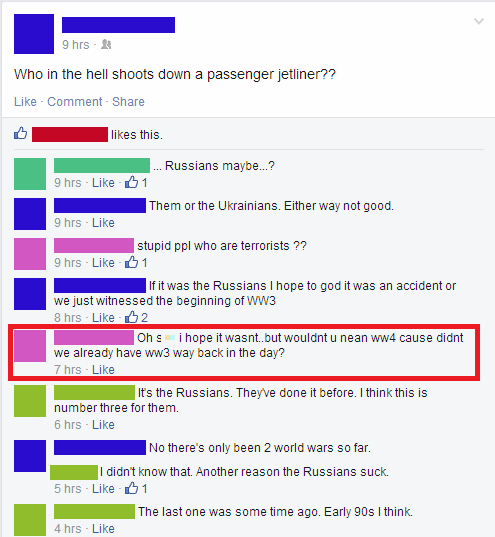 Yahoo Answers: The Story of Anne Frank Means So Much More Now 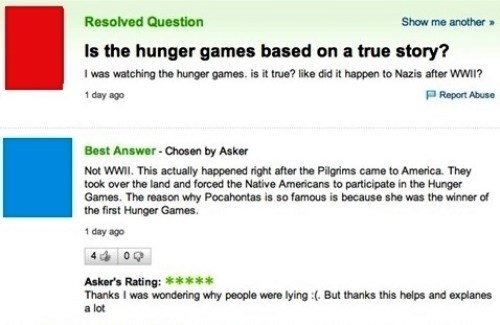 Learn a little about jazz and history from the recently-passed jazz legend.

I Hope You Know Your American History 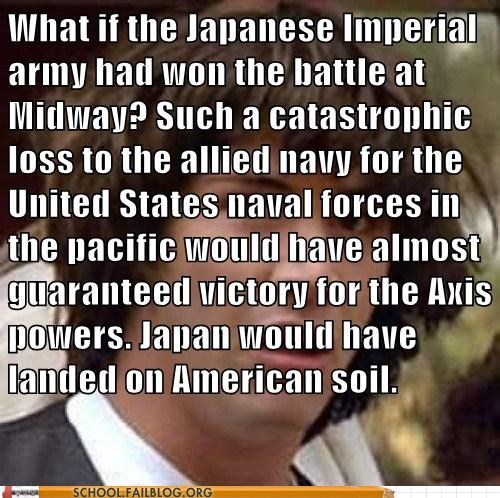 The history of the iconic poster dates back to Blitz-era Great Britain and was actually a part of a larger series of propaganda posters. Whoda thunk? --Dr. Prof. Nick, Ph.D, M.D., Esq. 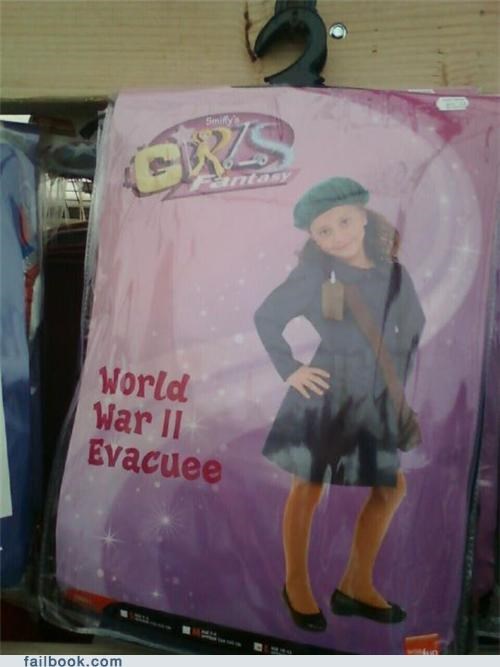