No, the keys didn't get stuck and the editor doesn't have a degenerative nerve disease, that's the name of the town. And this weather guy Liam Dutton pronounces is perfectly. You can tell by the look on his face when he says it that he's bringing the heat.

"I know what you're talking about ... unfortunately." This candid funny on-air moment is pure gold.

These old folks getting social media and turning into damn savages out here tho... 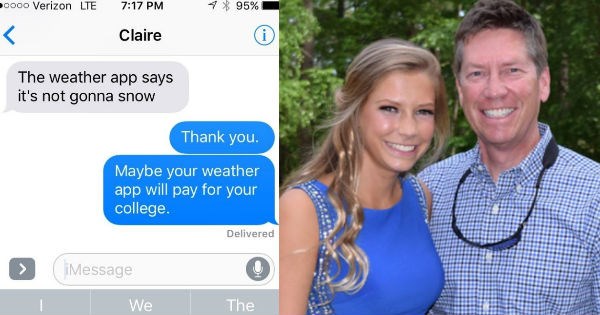 Unfortunately Szilard Horvath's comedic genius wasn't rewarded (as it wasn't approved by his bosses) and he's looking for another job already.

What Season is About to Befall Us? This Finnish Weatherman Knows

Watch This Weatherman Reacting to an Earthquake as it Happens

When You're a Weatherman, Bringing Your Dog to Work Can Be Distracting

Weatherman of the Day: Jim Cantore Gets Really Excited About Thundersnow

Via The Weather Channel
Repost
Recaption

Winter Storm Neptune gave New England quite a beating this weekend, piling even more snow on the area after what has been a pretty terrible month thus far.

One good thing to come out of it all: this video of The Weather Channel’s Jim Cantore freaking out about Thundersnow.

It’s basically just what it sounds like, thunder during a snowstorm. But here’s a more detailed explanation of the phenomenon from Weather.com:

Thunderstorms accompanied by snow are usually of a different character than the “normal” thunderstorm. The latter are usually rather tall, narrow storms containing a rising updraft of warm, moist air that has risen in a layer from near the surface that may go upward to 40,000 feet or more. Temperatures at the surface are usually well above freezing. Snowstorms, by contrast, are mostly associated with rather extensive layers of flat, relatively shallow cloud.

While covering the blizzard in Plymouth, Massachusetts early Sunday morning, Cantore got super excited with every clap of thunder.

“Yes! Yes! We got it baby!” he shouted while jumping around in the snow. “You can have your $500 million jackpot in Powerball or whatever the heck it was. But I’ll take this baby!”

And then this happened too.

Watch a little toddler get just as excited as he does, only from the comfort of her living room. 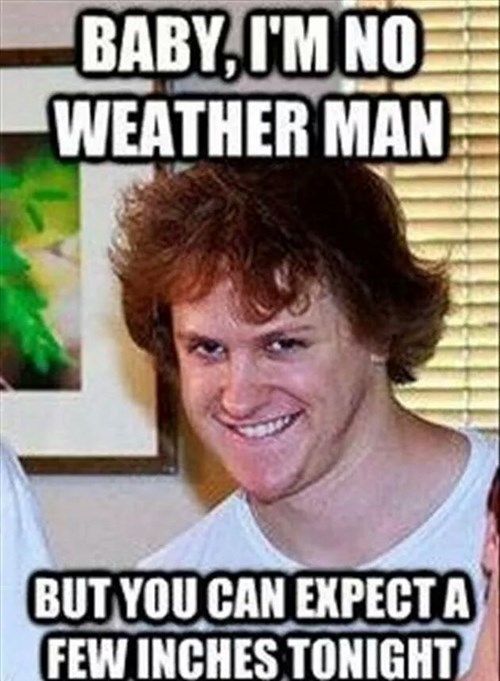 Via BananaBoatBooty
Repost
Recaption
Comments
The Daily What
Favorite

Trick of the Day: Weatherman Does Forecast as Skeleton 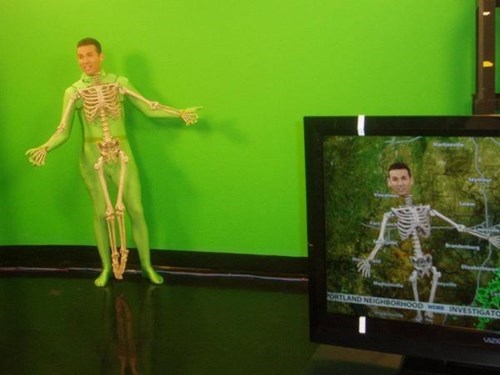 Is this the best costume of the day?

And in other news, it's going to rain in Louisville tonight. 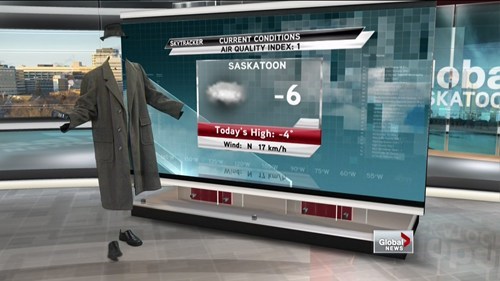 Too Hot to Continue FAIL 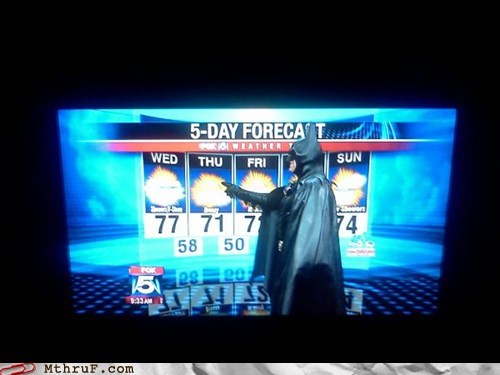 WHERE'S MY LASER POINTERRR??? WHERE???