Give this man a raise ASAP! Jeremy is the hero we should all aspire to be day in and day out. 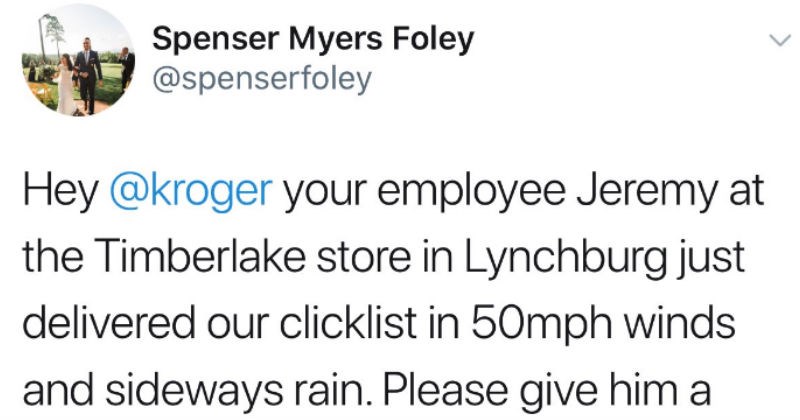 This woman's son saw a dust devil forming behind them, and it didn't take long for it to take on a (SCARY) life of its own. Look at that thing go!

The Dog Days of Summer came early this year!

What on earth is the bird trying to say?!

Is it heating up in here or what?

This is some mesmerizing madness right here.

Watch This Insane Footage Of Whole Ocean Frozen Over

This looks like it's a scene ripped right out of the post-apocalypse movie, Day After Tomorrow. All we need is Dennis Quaid to roll through and save the day.

Something's not quite right here...

10 Funny Floridians That Beat Back Hurricane Irma With Comedic Relief

Amidst the horrific madness of Hurricane Irma -- $30 billion+ in damages, 2.6 million people and counting without power, at least 46 people dead --- it's something else to see the fierce Florida spirit remain strong and determined. Our thoughts and prayers go out to those affected by the terrible catastrophe. 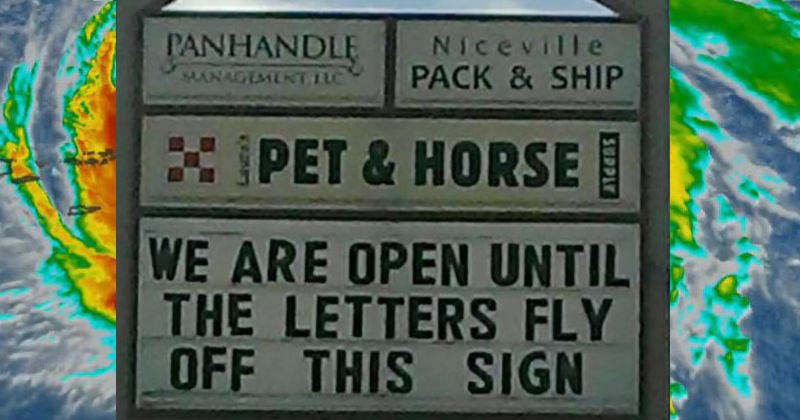 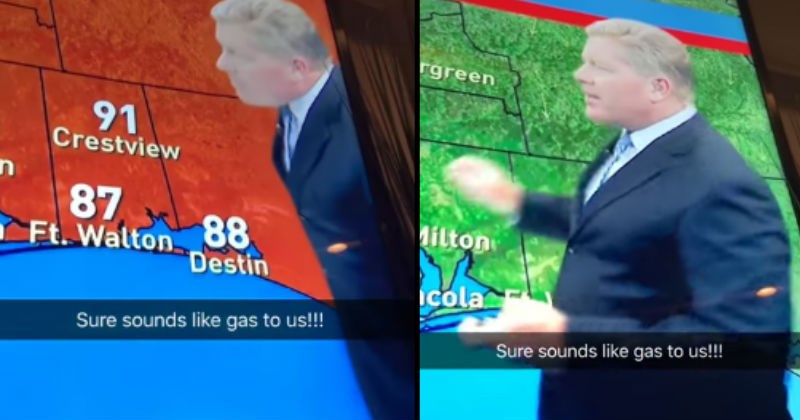 This Weather Lady's Got the Moves

The age old sentiment when it rains, it pours just got a massive booze-infused upgrade, cause now it's apparently raining tequila. Yep, what a time to be alive, dudes. Better yet this odd nature-defying situation was not concocted by the mind behind that crazy little flick called 'Cloud With a Chance of Meatballs.'

Nope, in an effort to capitalize on Germans' general well-documented distaste for their consistent rainy weather and love of tequila, the Mexico-based ad agency Lapiz went ahead and started up with vibrating tequila at such high frequencies that it turns to mist, using ultrasonic humidifiers, and then as the mist condensates and reforms as a liquid, it proceeds to fall from the cloud as separate raindrops of sweet-distilled tequila. Ahem, anyone else out there thirsty?

Matty McLean, where'd it all go wrong, man? Blaming Adele there was a bold move too. Along the vein of live TV weather reporting fails, this ranks right up there at the damn top. To stumble and fumble the 'c bomb' once would've already cleared headlines; but to do so twice. Dude, this guy just became a legend, as we watched his career implode in an arresting display of self-inflicted funemployment.

NYC Called Off The Blizzard Warning, So Everyone's Calling the Blizzard "Flake News"

New York City is calling a better safe than sorry on the whole blizzard thing.

After New York failed to get the promised 18 inches of snow and instead just got a shit-ton of freezing rain, weather officials downgraded the storm, making it kind of a bust.

But as you can imagine, that just means we're going to be getting a different kind of storm: A tweet storm.

Yeah people are making jokes about the storm, and it's even more brutal than the snow. 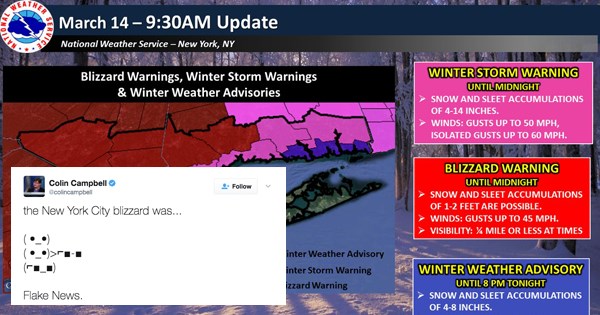