Right around the 1:00 mark....Ted Cruz quite literally defies the natural laws of physics. His body does the OPPOSITE of what's supposed to happen when taking a sizable running start, and jumping off a trampoline. I have questions, Ted Cruz.

As you might well know, Ted Cruz has long since been at the end of a running joke about him being the Zodiac Killer. Dark-humored, for sure; hilarious, most definitely. And now, as fate would have it, a year later Ted Cruz bestowed us all with the unexpected gift of acknowledging the absurdity on Twitter. Granted, this might be pawned off as some sort of botched social media move by a Cruz intern, like when he went and 'liked' the NSFW tweet (see here); but either way, we'll take it. 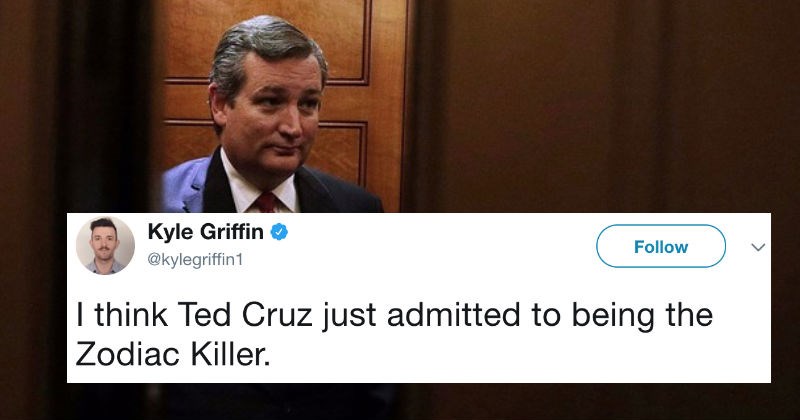 Eagerly waiting for Ted Cruz to break the silence on this gem. Pretty unreal that we're talking about Cruz, the guy who at one point argued for the government to possess police powers for the overriding purpose of dissuading "prurient interests in sexual gratification." 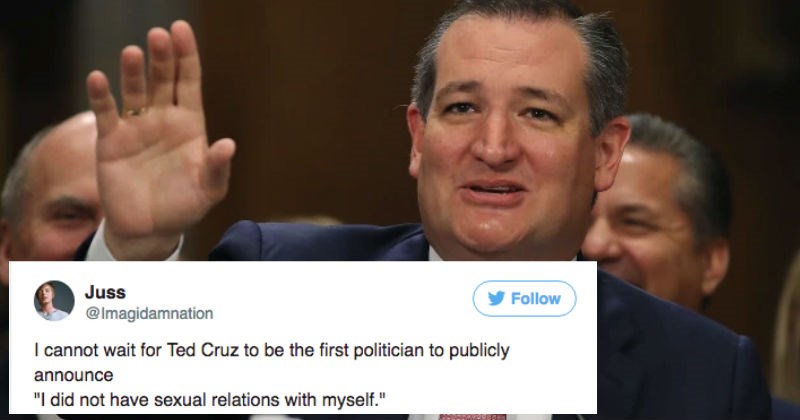 The court rules in favor of love. Now, you two kiss.

But aside from the insane-o politics of the Supreme Court right now, Ted Cruz was looking like he was having a good time yesterday. Who wouldn't be having a good time when your boss once said that your dad might've been involved with the Kennedy assassination.

All of those feelings bubbled to the surface when Cruz took one look at Merrick Garland, the man who would make corporations can be treated as people in the eyes of the court, especially if a company has a religious belief and a company wants to go to heaven one day.

Tell you about who was in heaven already: Ted Cruz. Look at this guy:

Is this a confirmation hearing or a date? Ted Cruz is looking at Neil Gorsuch like he hung the moon and the stars. pic.twitter.com/VGo8Ztq65i 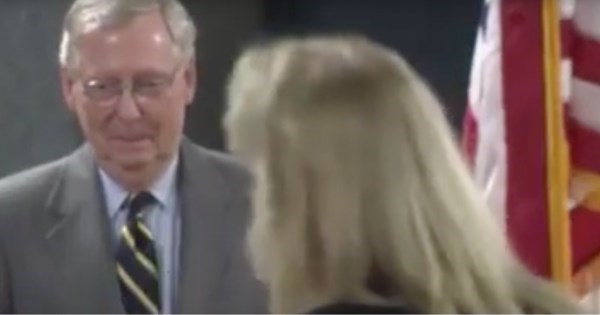 If you're like me, there's nothing you like in the world more than someone shouting "shame" at a politician. Man, it's great. When you watch these guys who continuously lie and take adavantage of the peopl their supposed to be representing, just getting destroyed by their bosses.

Well, thankfully, the Washington Post, who recently changed their Masthead to read "Democracy Dies in Darkness," has released a new way of watching my favorite thing.

The Yell-O-Matic let's you pick a politican, and then you can watch a bunch of constituents yelling at them. It's great. Here are some good ones:

Ted Cruz, do you even meme bro? Yes, yes apparently he does. And I'll be damned if he didn't address some sass from a potentially canned Deadspin Social Media chump, with steely, ice cold savagery. Big ups Cruz. Not your biggest fan, to put it lightly, but big ups my dude. 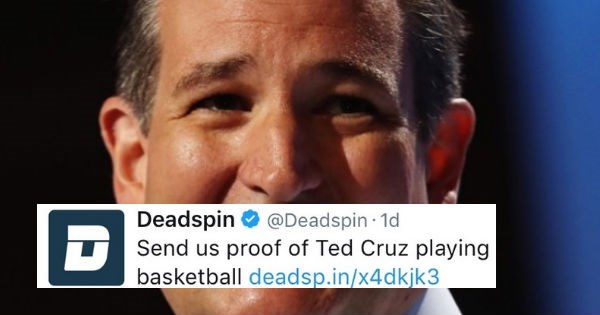 Ted Cruz Has Ruined Queso for a Lot of People, but He Makes Some Good Points

There was a problem rendering this tweet - it may have been deleted.
Repost
Recaption
Comments
FAIL Blog
Favorite

Maybe He Was Asking For It, Dressing Like Such a Douchey Politican

Even the Zodiac Killer Has Feelings 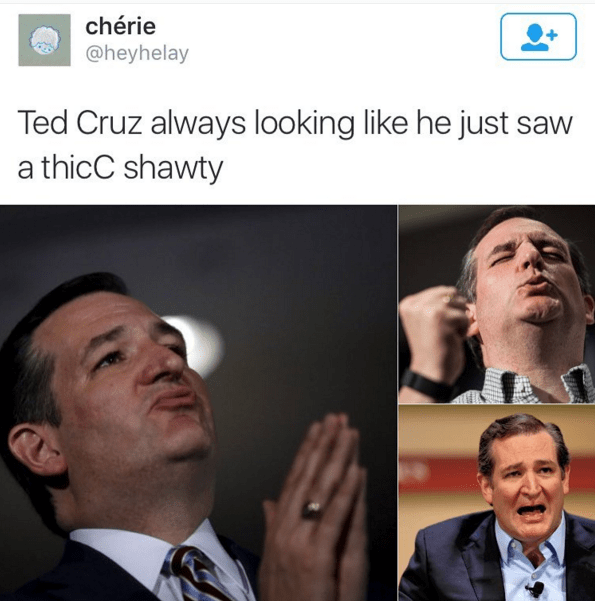 Just Ted Cruz Eating a Booger During the Debate, NBD

Fifty bucks says you feel like you need to pick/blow your nose now.

You might recognize Craig Mazin from his screenplays. He was the writer of the Hangover sequels and the Melissa McCarthy movie Identity Thief. He's also quickly becoming known as Ted Cruz's freshman roommate from college. Mazin isn't the only person who hates Ted Cruz, there's an entire internet meme accusing Cruz of being the Zodiac killer. But one thing is certain, Craig Mazin hates him the most. 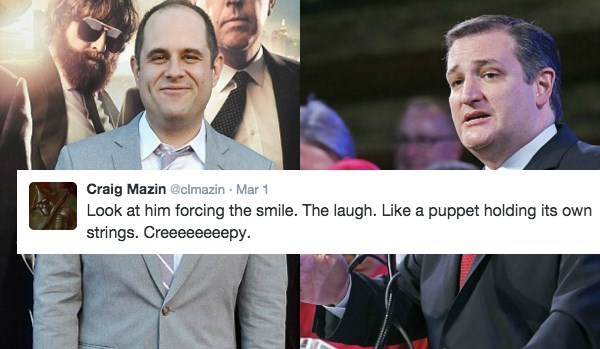 This is Somehow a Real Political Ad for Ted Cruz

It's got duck calls, guns, that homophobic dude from Duck Dynasty; what more could you ask for?

We Need That Kind of Luscious, Full-Bodied Hair in Office Right Now! 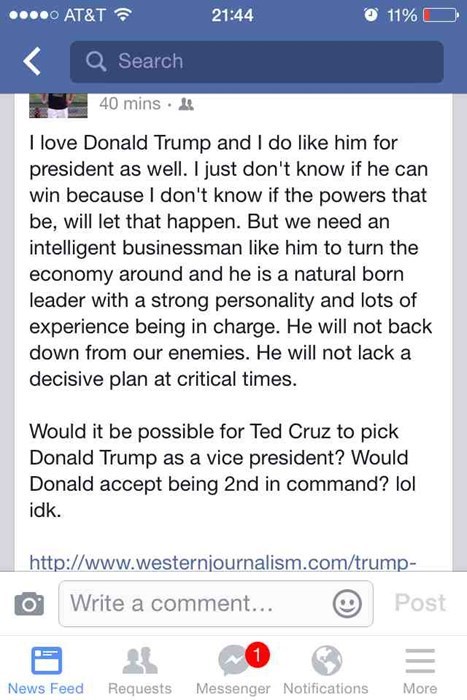