This feels like it could be scripted or something. It's too much cringe to be real life. Too much.

Sit back and witness the mesmerizing interview of Tom Cruise where he does a whole lot of talking, without saying anything at all. It's bizarre and very hard to stop watching.

Shelby got these unsuspecting scientologists good with her photoshop skills. Really seems like they bought it. 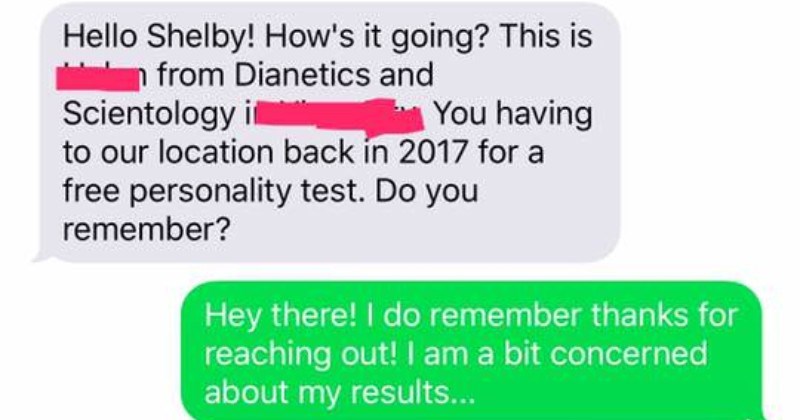 Scientology Stalker At The Front Door

Her responses sound like they were programmed, and give off the general vibe that she's a robot without any individualistic thought of her own. The jargon is generally incomprehensible.

How is it possible for someone to talk SO MUCH without saying anything at all? No wonder those scientologists tried to wipe this silly video from the face of the earth in 2008. If it hits the internet, it is forever.

When a random scientologist reaches out to you, with a wrong number, it is your duty to take advantage of that with some kind of devious trolling. In this case, the silly photoshop trolling gives way to a rather ridiculous, ALL CAPS, meeting invitation. Definitely surprised over that outcome. 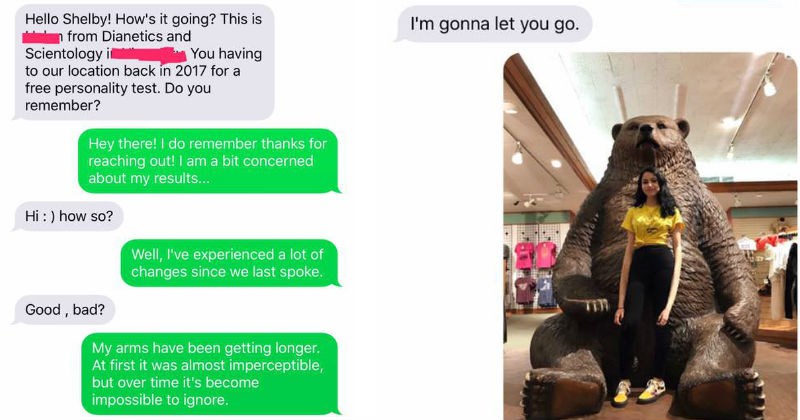 These folks peddling Dianetics didn't know what they were getting into when they tried to reconnect with "Shelby." But they did not escape the long arm of the troll. 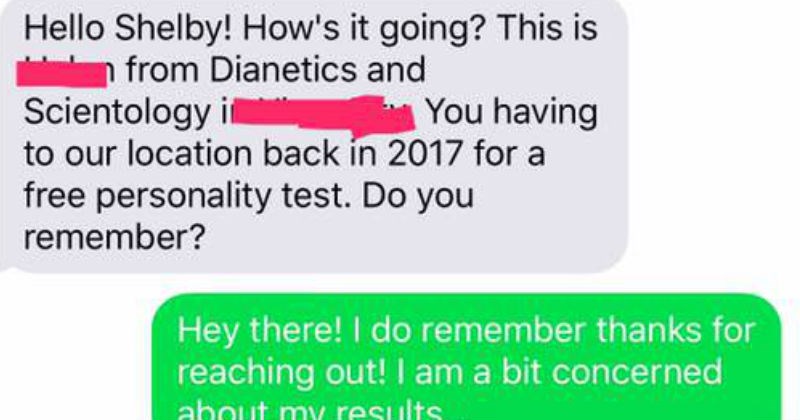 STRONG culty vibes with this, no?

Girl's Ridiculous Conversation About Scientology Will Make You Instant Facepalm

Crazy? No. Stupid? Absolutely. Anyone else feel like sending their fist through a wall upon reading this conversation. 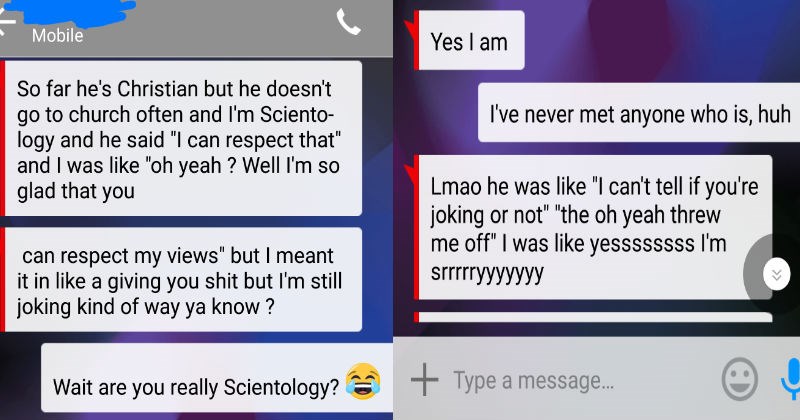 Scientology and Pizza, Who Knew? 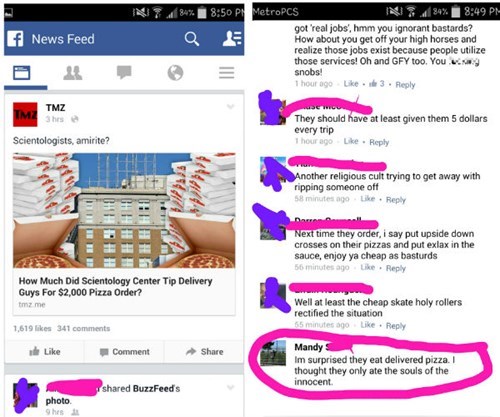 By Medusamandy19
Repost
Recaption
Comments
Advertisement
The Daily What
Favorite

WTF of the Day: A Former Member of Scientology is Ambushed and Harassed by Three Current Top Scientology Officials in LAX Airport

The man being berated is Marty Rathbun, who spent two and a half decades in the church, rising to become a top official there before breaking away in 2004. On his blog, Rathbun writes that the people berating him in the video are three of the current top management personnel named Jenny Linson, Marc Yager, and Dave Bloomberg.

On Sunday evening, Rathbun posted this bizarre 2-minute video, a video he had taken earlier in the day while he was waiting at Los Angeles International Airport to catch a flight back to his home in Texas. Rathbun thinks the entire thing was a set up because Rathbun points out "there was only one carry-on bag for the three of them." The way they spoke was also very calculated and seems pretty clear it was well rehearsed. 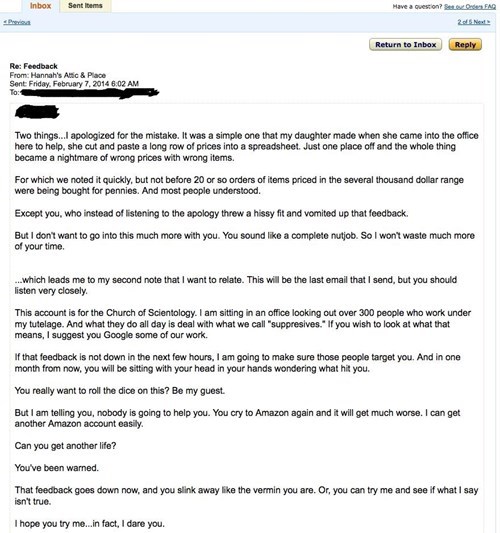 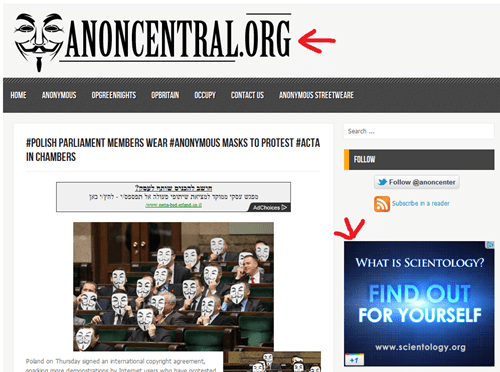 It's a piece of cake to party hard! Click through and DO IT UP. 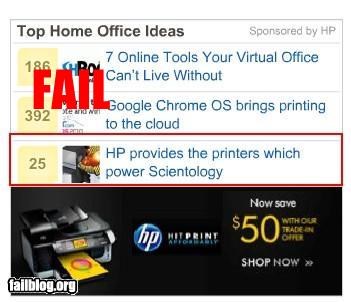 Restaurant Messes Up Woman's Meal Twice, She Sends It Back, Gets Guilt Tripped