Just in case you haven't seen "Ratatouille" you might consider remedying that as soon as possible. The movie is brimming with good vibes, and packs a wonderful storyline that follows an initially aimless, aspiring chef in Paris that ends up being able to ride on the coattails of a rat. But that's all we'll give away for now. This viral video from Tik Tok user, mmmjoemele, has his dad being transformed to be the spitting image of Ratatouille's notorious food critic, Anton Ego.

For some more entertaining "Ratatouille" content check out this Tumblr thread that pays homage to all of the film's struggling protagonist, Linguini's, struggles.

Tumblr Thread: Linguini Was The Unbreakable Champion Of "Ratatouille"

Just in case you haven't seen the iconic, cinematic masterpiece that is "Ratatouille", it's a lovely animated film that follows the adventures of a struggling 20-something named Linguini. The dude falls on hard times after his mother passes away, and then proceeds to be thrown headlong into the challenging pits of a competitive Parisian restaurant. To make matters even more wild for the poor kid, he ends up befriending a rat who knows how to cook like nobody's ever seen. It's really a miracle Linguini didn't have a full on mental collapse with all that going on. This Tumblr thread honors his struggles that were kind of skimmed over in the film.

Check out some more totally random, strange, and funny Tumblr gems over here. 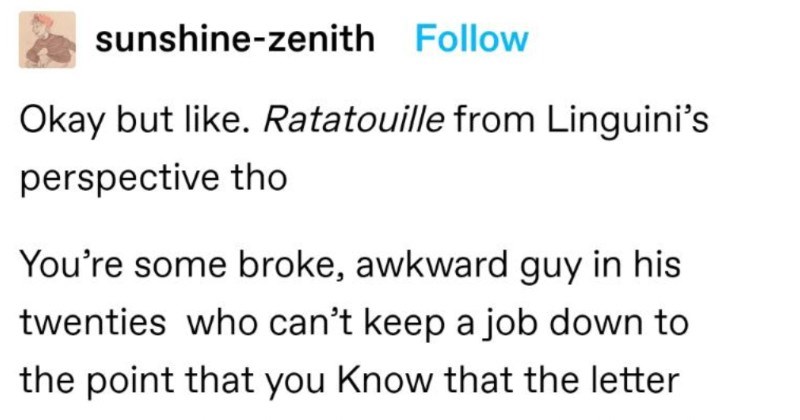 Tumblr has a love for delving into Pixar movies, specifically Ratatouille and The Incredibles. For example, here's Tumblr's deep look at The Incredibles as well as Tumblr's look at the significance of the Ratatouille Chef Boyardee scene. To give credit where credit is due, they're good movies worthy of attention. That said, Tumblr gets extreme with its analysis of this kind of stuff. 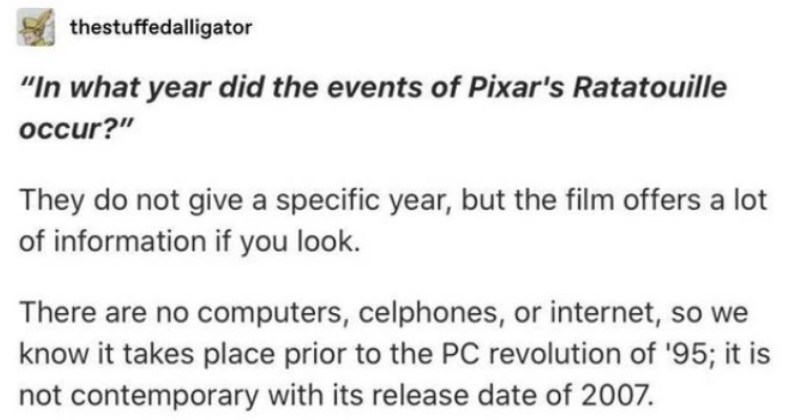 Pretty dang awesome that the movie incorporated an actual part of history. Many folks out there would otherwise assume that Chef Boyardee was no more than a historical mascot. As we now know, that is definitely not the case. 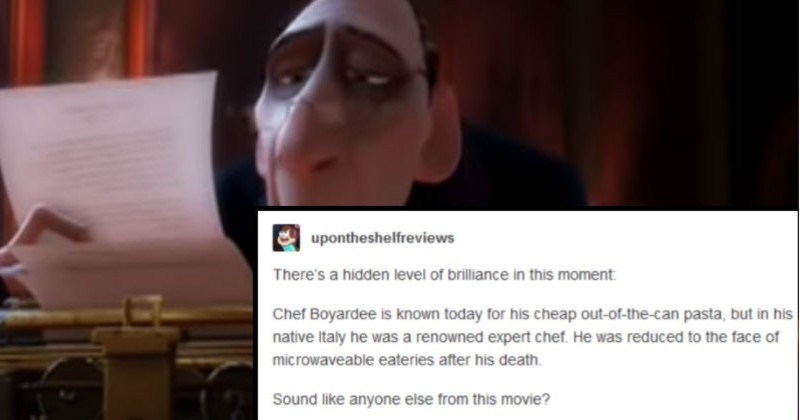 History Memes For People Who Can't Let Go Of The Past