Internet Had a Dangerous Amount of Fun Trolling Pic of Trump, Melania And Ivanka With The Pope

Just when we thought we'd never get anything better than Donald Trump grasping that orb, we get this dark-humored, delightfully awkward pic that just oozes cringe. Naturally, people were ready to flood Twitter with some entertaining captions. 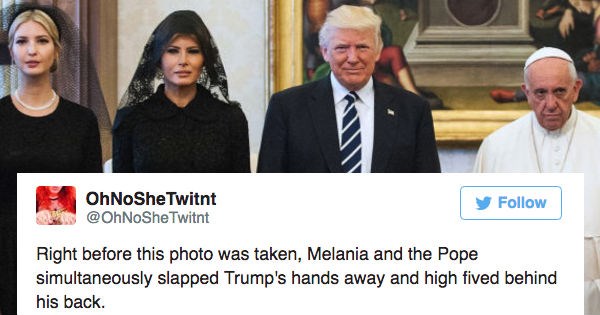 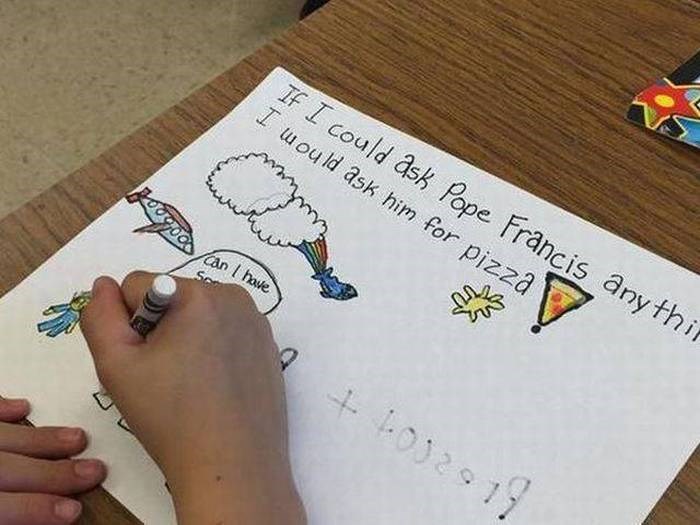 Have a Seat, He's About to Spill the Wine 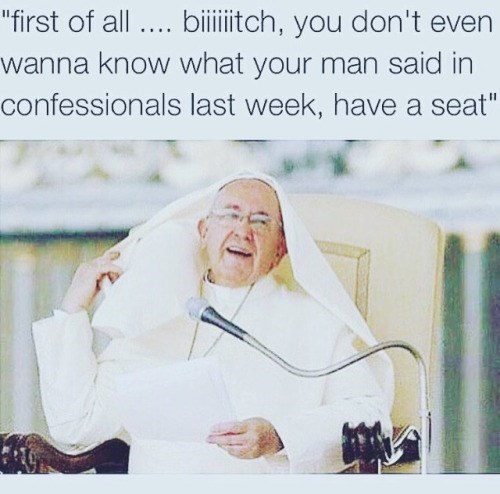 Prank of the Day: A Wax Figure of the Pope Tricked New York, Led to an Investigation 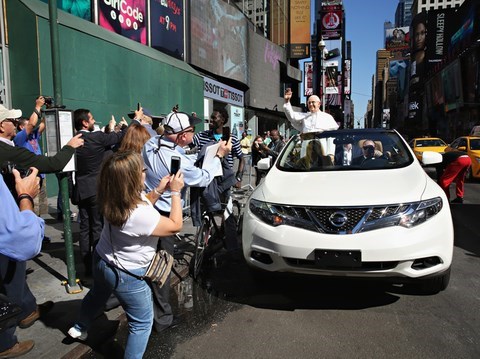 While Pope Francis addressed Congress Sept. 24, New York City waited for his arrival. It was the perfect time to prank the Big Apple.

So, Madame Tassaud's drove around a new wax statue of the Pontiff in a convertible, leading to many turned heads, many selfies, many confused looks, many traffic snarls and at least one investigation by authorities. 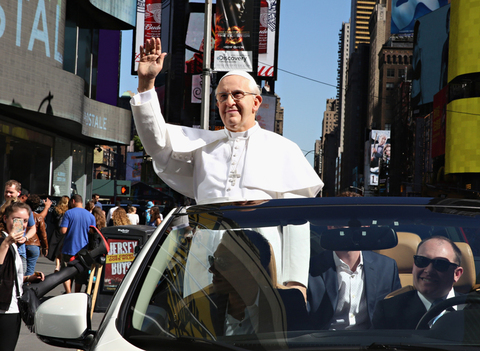 The wax figure of the pope was part of a publicity stunt for Madame Tassaud, which added it to its collection in advance of Pope Francis' visit to the United States. The company drove it around Midtown, hours before the pope's expected arrival.

Someone who saw the figure of the pope riding down Fifth Avenue was concerned, snapped a photo and sent it to the New York City Police Department.

Officers investigated and found that the pope wasn't really in the back of the white convertible, which hardly looked like the popemobile. The actual Pope Francis was addressing Congress at the time the replica was spotted in NYC.

No charges were filed in the incident, but Madame Tassaud personnel apologized to officers for not having a front license plate - a state motor vehicle violation.

One reporter even took a video of the goof.

This was on Columbus Avenue just now.

Sorry, New York. Not quite. 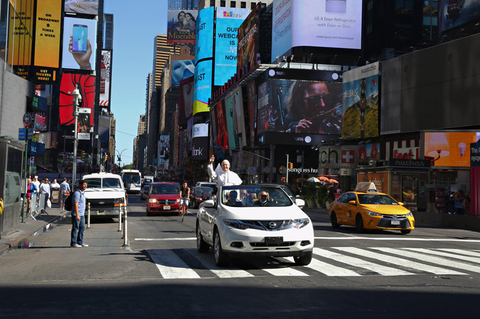 Hopefully you didn't confuse this pizza or these dogs with the real Pope either.
Comments

Ken M, the Troll That Will Live in Our Hearts Forever 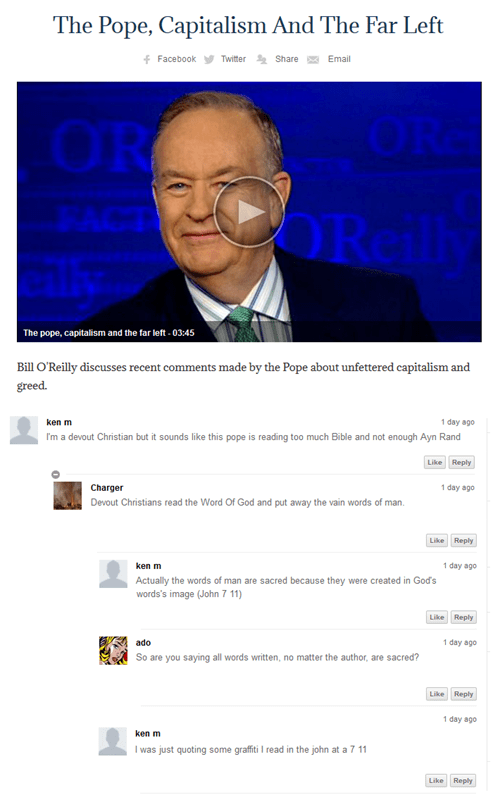 Via Wanted in Rome
Repost
Recaption

Doing God’s work all day can make a man hungry.

In a recent TV interview in Mexico, Pope Francis said that there was one thing he really didn’t like about his job.

“The only thing I would like is to go out one day, without being recognized, and go to a pizzeria for a pizza,” he said.

This past weekend, his wish was – sort of – granted.

Francis motorcade was making its way through Naples on Sunday, when a man named Enzo Cacialli ran up to him and handed him a pie with the words “Il Papa” written out in dough.

Probably not the best idea in the world to sprint towards the popemobile like a maniac, but no one seemed to mind.

Cacialli is co-owner of Pizzeria Don Ernesto, which also gave a pizza to Bill Clinton in 1994.

Here’s a closr look at the Pope’s pie from the Pizzeria “Don Ernesto” Facebook page which was topped with yellow cherry tomatoes and mozzarella di bufala: 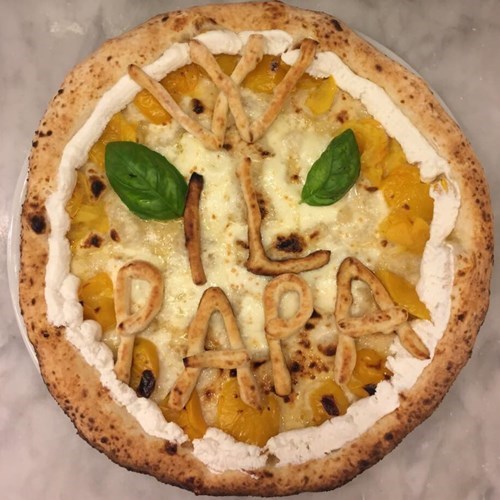 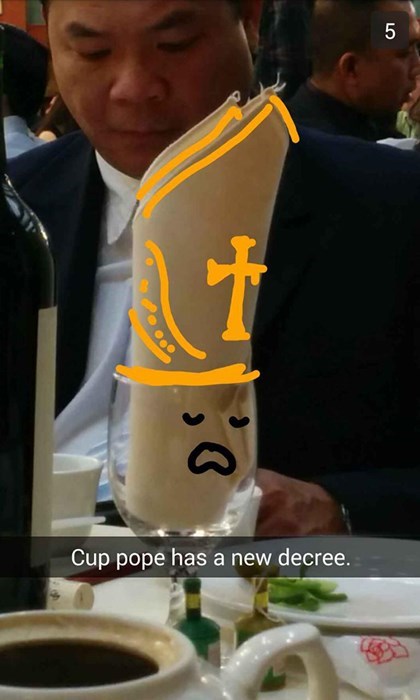 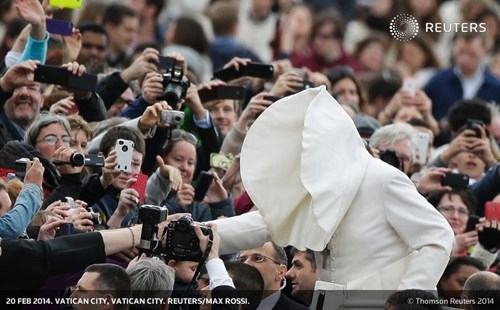 Even the Pope Has Bad Wardrobe Days 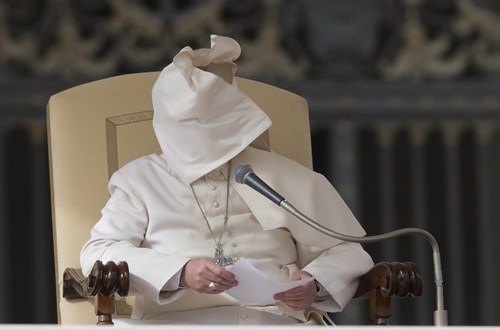 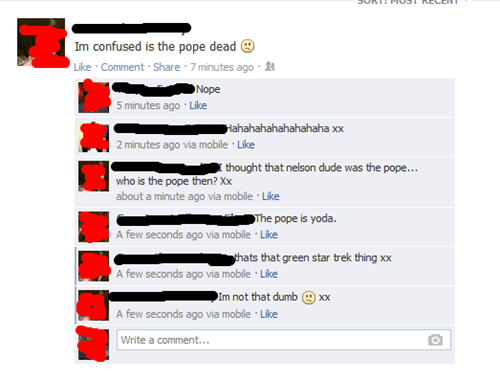 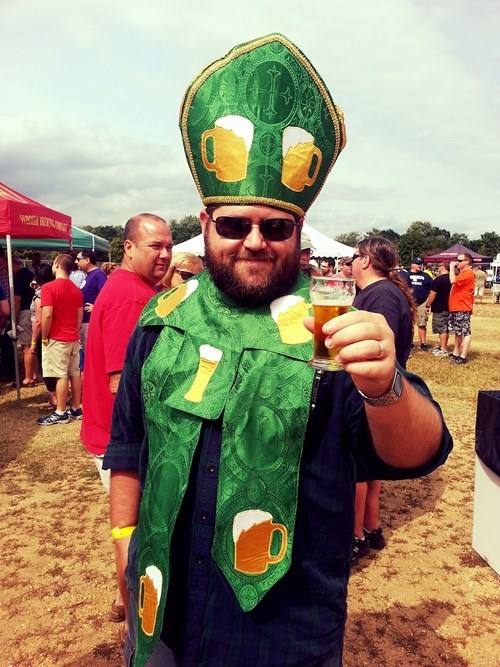 The Pope Picks The Gold 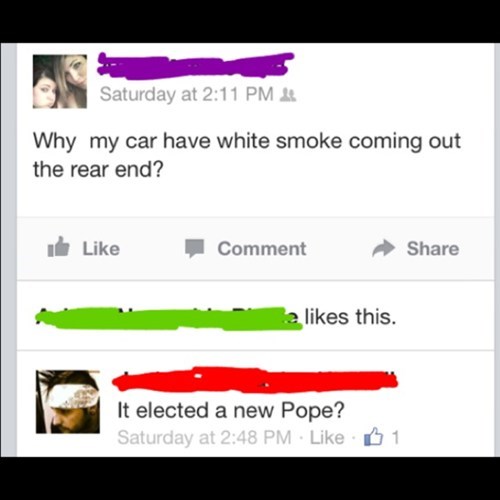 The World's Most Clueless Quora Users