Either the universe is running out of ideas, or various clothing and upholstery companies are running out of designs and fabrics. Here are times people matched not only the landscape around them, but walls, couches and random crap like markers and bottles. It's a fun time. For more funny outfit similarities, here are some times we had to ask "who wore it better?" 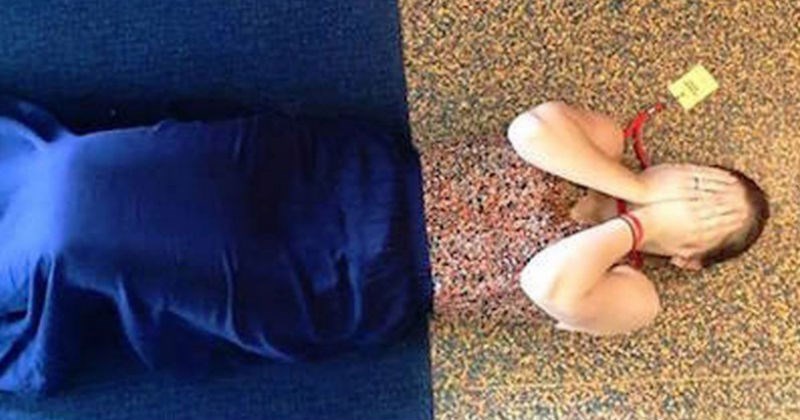 Not much compares to a poorly designed masterpiece of stupid. One man's mistake at work is another man's sweet, scrumptious fail. We love seeing all the fruits of the world's strange coincidences, laziness and poor judgement. When they're unintentionally filthy, that makes them even better. And holy crap, these seem to happen a lot. 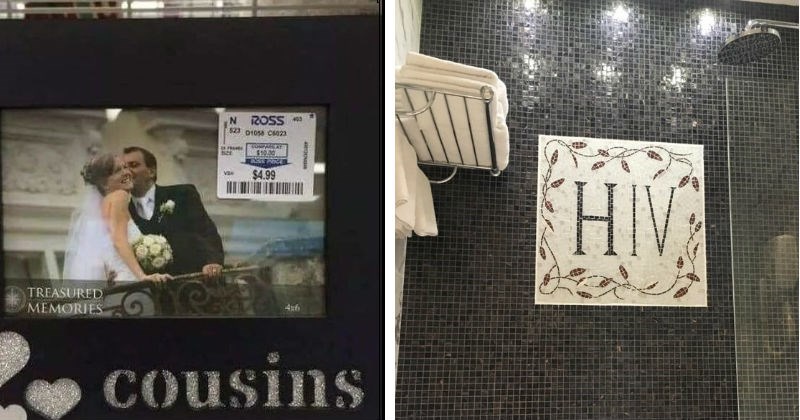 Obama took the chance to capitalize on the momentous occasion that is Joe Biden's birthday, by tweeting out a particularly hilarious and spicy little meme. Turns out Obama's something of a memelord after all. The Joe Biden/Obama memes have a long running history, so we went ahead and dug up some of those as well. 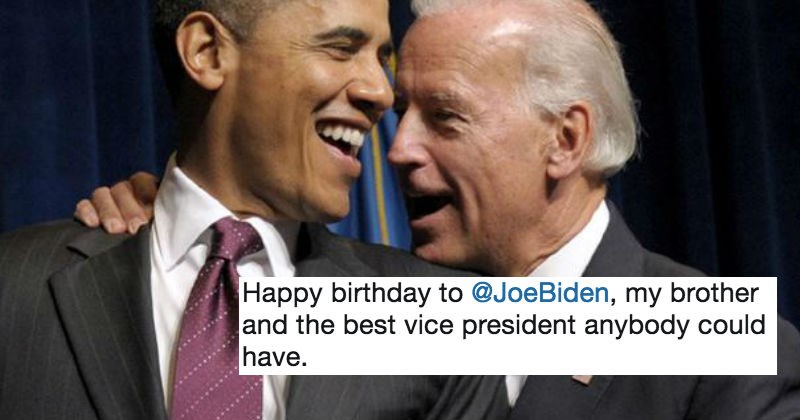 During the controversial video for Snoop Dogg's "Lavendar" he can be seen quite literally taking aim with a pistol at a mock-up of Donald Trump. Obviously, these being the times we live in, such blasphemy couldn't go unaddressed; and by no one other than the president himself. Donald Trump lashed out in expectedly incendiary fashion, and proceeded to kick the ever hungry appetites of Twitter Trolls near and far. Come on DJ Trump, leave Snoop Dogg out of this. 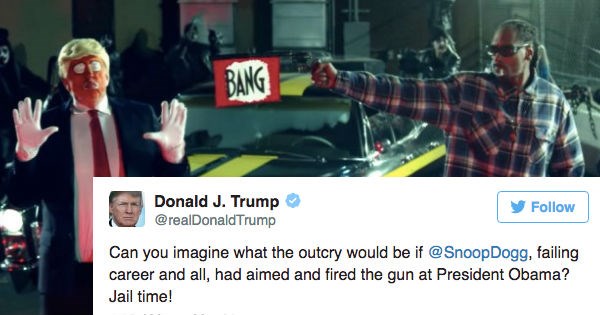 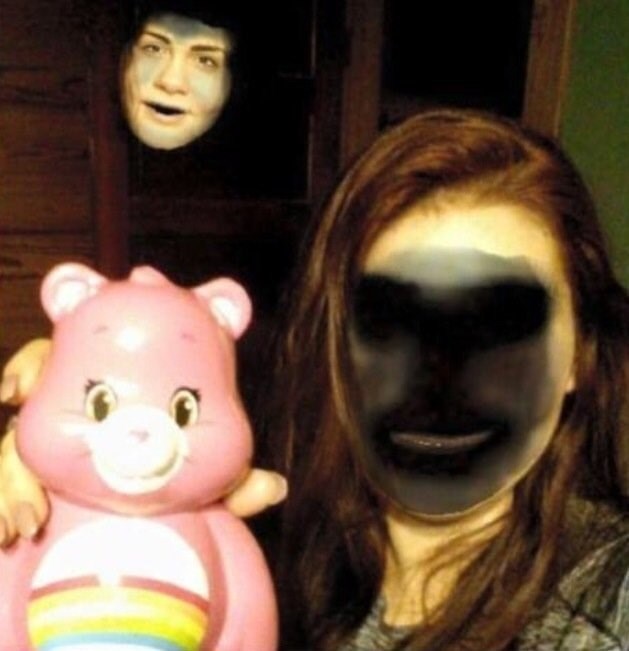 John Oliver Is Here to Confess and Admit That Yes, He Is the One Responsible for Donald Trump

Jared Leto Wore a Bold, Green Coat to the Suicide Squad Premiere So Some Jokers on the Internet Photoshopped Him

If you know anything about 'Suicide Squad', then you know just how METHOD Jared Leto is. Like, seriously, this guy is EDGY and it sounds like he spent most of his time on set just making sure everyone was clear on that. Now that he's out of costume, it seems like he had a hard time letting go of the Joker's trademark green color. After the Suicide Squad premiere this outfit became part of a glorious photoshop battle because, well, this is the internet. It's what we do. 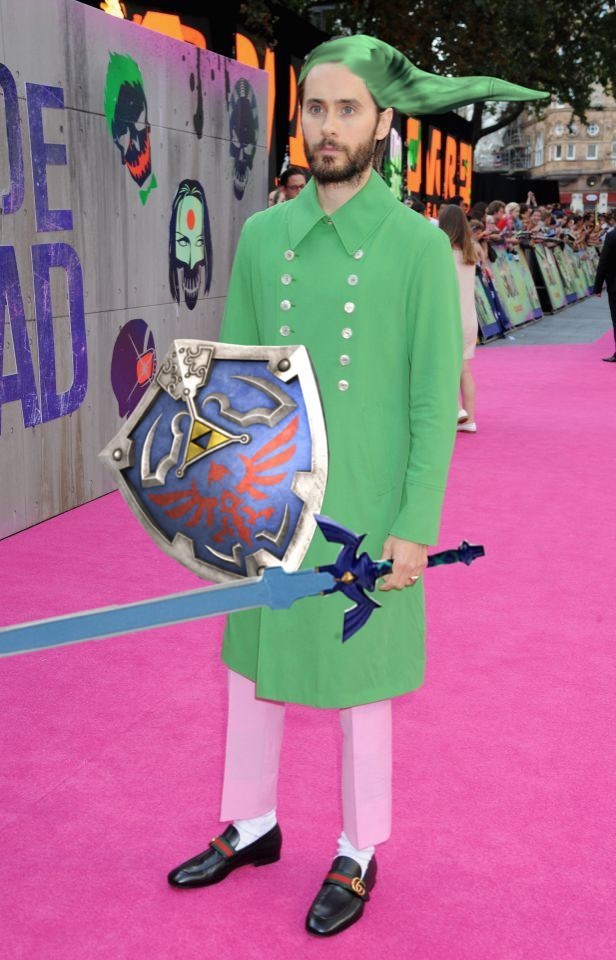 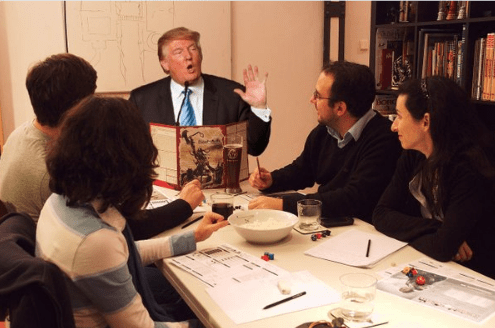 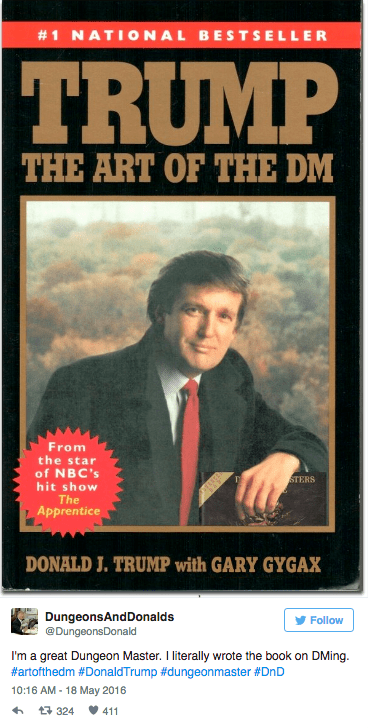 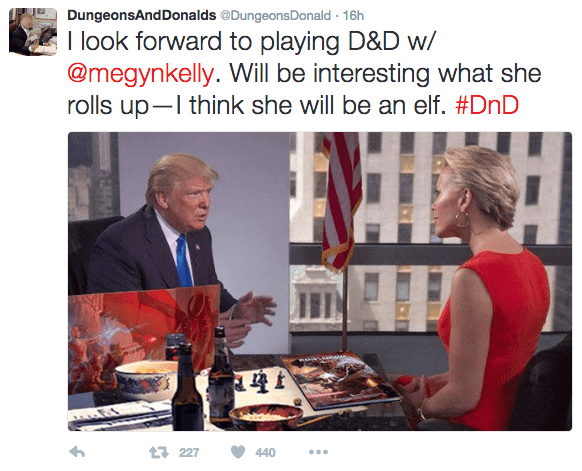 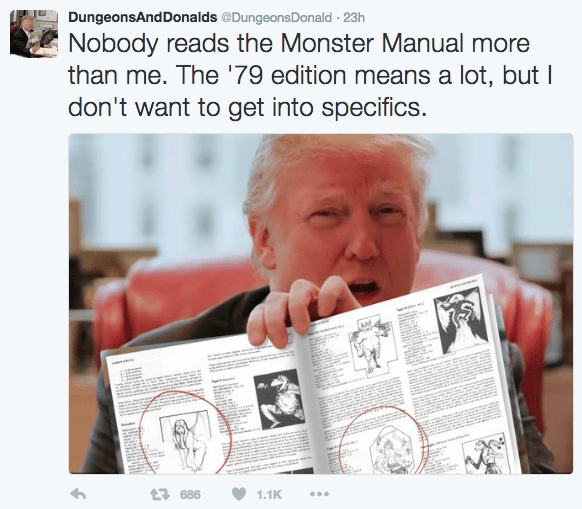 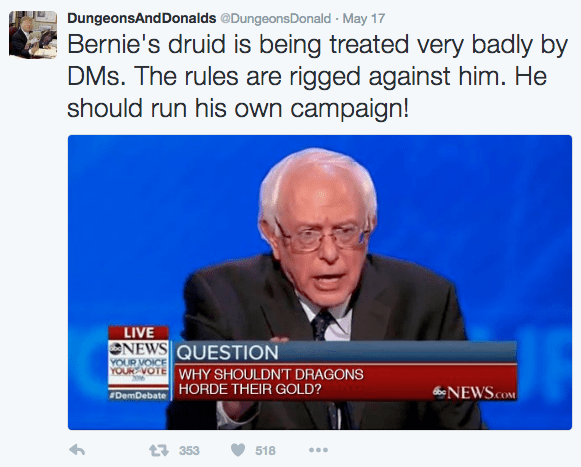 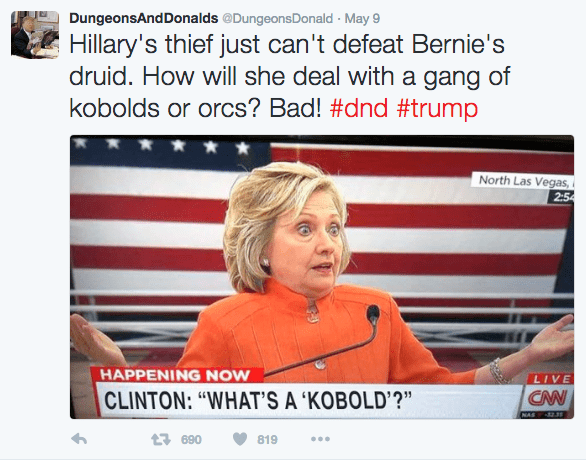 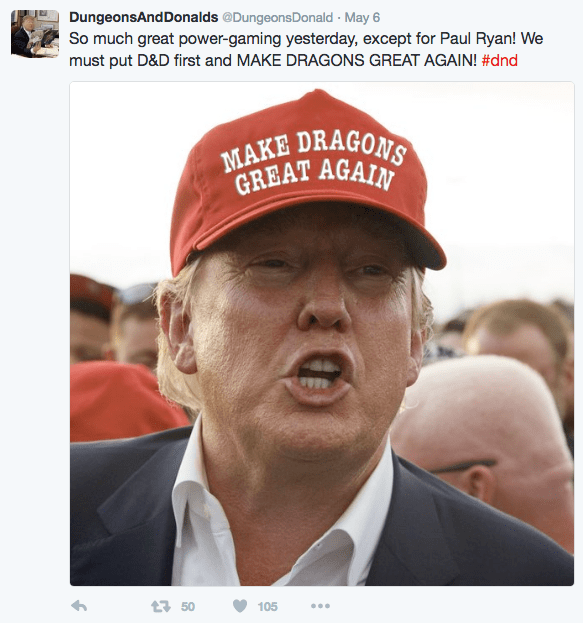 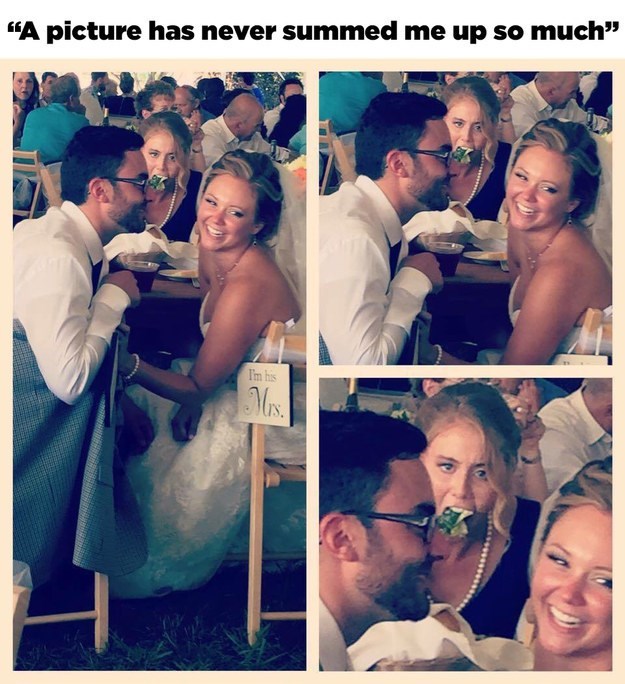 Of Course Mitt Romney Will Read Mean Tweets About Himself

Finally, Someone Has Made 'The Official Donald Trump is a Chump' Jam We've Needed

Via Dirty Cues
Repost
Recaption
Comments
The Daily What
Favorite

Ben & Jerry's Might Serve up a Bernie Sanders-Inspired Flavor

It looks like Ben & Jerry's is going to release another politically-themed ice cream. In the past they've rolled out flavors like 'PrObama' and 'Yes Pecan!'

Well, this go round they're aiming to release 'Bernie's Yearning,' which would feature a "big disk of chocolate on top, covering the entire top and below it is just plain mint ice cream. The disc of chocolate represents 90 percent of the wealth that's gone to the top 10 percent over the last 10 years."

Ben Cohen went on to suggest that "You take your spoon and you whack that big chocolate disc into little pieces and mix it around," meant to symbolize a more equally distributed U.S. economy, one where everyone gets their share. 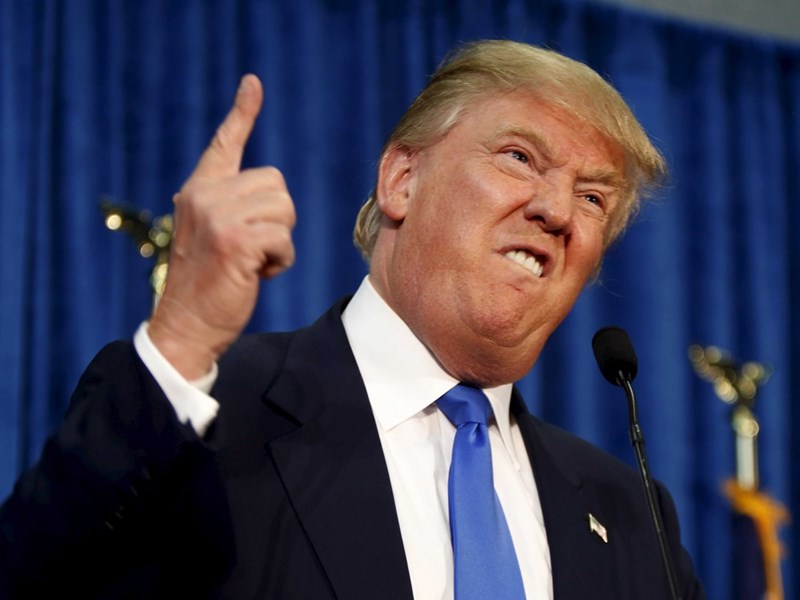 The typical reaction to an extremist militant group regurgitating your words to attract potential recruits, would generally encompass flipping the fu*k out.

Trump can't be phased. The Republican primary candidate merely brushed off the use of his words against Muslims by an Al-Qaeda affiliate, known as Al-Shabaab, as casually as he would tend to that fluffy golden Photoshop-airbrushed, hair-cloud on a lazy Sunday.

He launched predictably fiery jab, by guessing that all 'extremists' are prone to employing the words of any Republican presidential front-runner.

Al-Shabbab, not ISIS, just made a video on me - they all will as front-runner & if I speak out against them, which I must. Hillary lied!

To wrap it all up, Trump addressed Hilary Clinton's recent unfounded allegation that an additional extremist group, the Islamic State, was using Trump as a pillar of its propaganda. He says the appearance of this Al-Shabaab video doesn't do way with the fact Clinton was wrong.

"It wasn't ISIS and it wasn't made at the time, and she lied," he said on Fox & Friends on Sunday.

Hillary Clinton lied last week when she said ISIS made a D.T. video. The video that ISIS made was about her husband being a degenerate.

Remember in class when you were called on to read an excerpt from a book, and the ensuing catastrophe that was trying to remember to breathe between sentences?

Let Poppy Harlow be a lesson to us all. This is what happens when you forget to breathe for a hot minute.

On Monday morning CNN's Poppy Harlow PTFO. Midway through a live broadcast we can hear the anchorwoman hit an imaginative wall. Shortly after Harlow came back on the air to reassure viewers that she had, 'gotten a little hot and passed out for a moment.'

Thank you all for your concern and messages! I am ok! Passed out briefly and am with the doctor now. So thankful to our amazing CNN team.