Pepsi is a caffeinated beverage, and it is always in competition and compared to Coca-Cola. It was originally created and developed in 1893 by Caleb Bradham.

If you wanted to feel unhealthy or question the state of society at large, here's a telling reminder that at one point people considered soda a sometimes food. 16 whole ounces. Isn't that the kids size now?

17 Hardcore First World Anarchists That Must Be Stopped

You just never know what these crazy people are gonna do next! 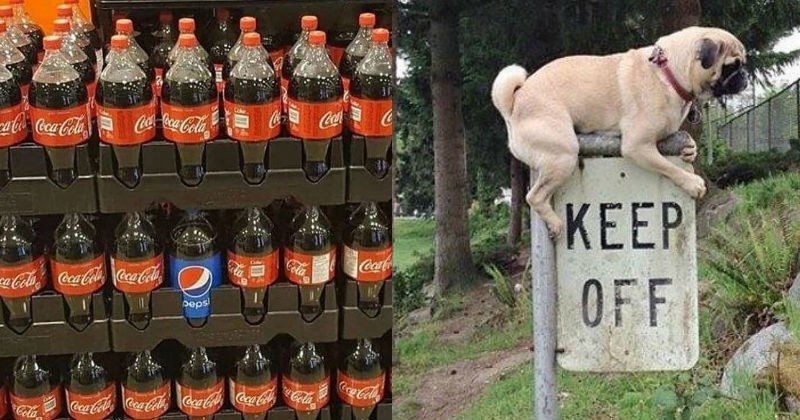 Apparently this only works if you're Kendall Jenner or something.

Here's Why Pepsi Always Wins the Pepsi Challenge Against Coke, Even Though Pepsi Sucks 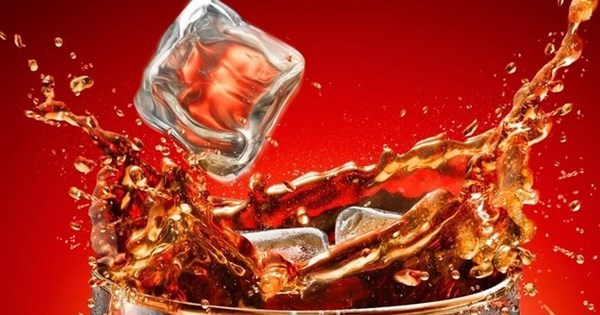 Pepsi is vastly inferior to Coke and everyone knows it. The over-sweetened bullshit that Marty McFly uses as an anchor to whatever year he's in has been the scourge of Taco Bell patrons for decades. Sure, it means we can get Baja Blast for fourth meal, but at what cost.

Even more shocking that in the Pepsi challenge, people prefer the taste of Pepsi to the actual nectar of the gods, Coca Cola, beverage king. How could that be when Pepsi sucks in comparison to Coke.

Well, Malcolm Gladwell has the answer, according to Wales Online:

“Pepsi is sweeter than Coke, so right away it had a big advantage in a sip test. Pepsi is also characterized by a citrusy flavor burst, unlike the more raisiny-vanilla taste of Coke. But that burst tends to dissipate over the course of an entire can. Pepsi, in short, is a drink built to shine in a sip test.”

So while Pepsi might be initially more inviting, it's actually shittier upon further inspection. Figures. Enjoy your fleeting moment of joy, Pepsi drinkers, because your moment in the sun is fleeting.

No Thank You, Pepsi 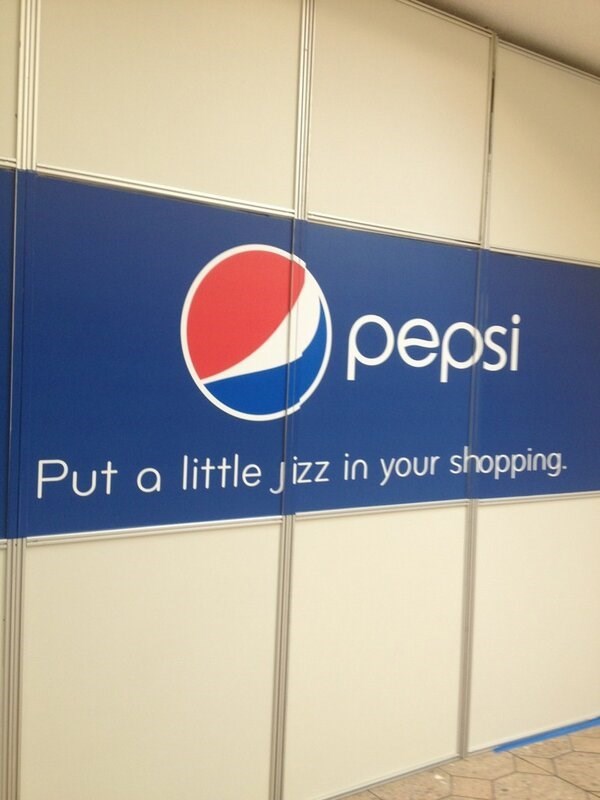 Just A Little Something To Get You Through The Shopping Trip 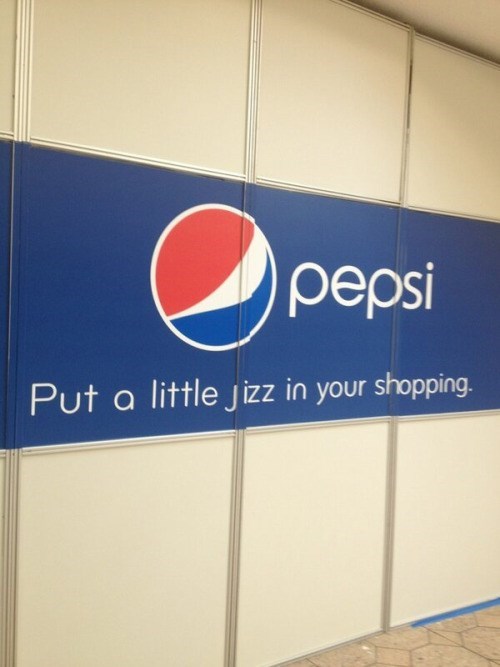 Mario R.'s girlfriend is allergic to caffeine and therefore can't drink most sodas containing (Coke, Pepsi, Dr. Pepper, etc.), so he decided to go ahead and buy caffeine free Pepsi. This is her reaction upon tasting it for the very first time! 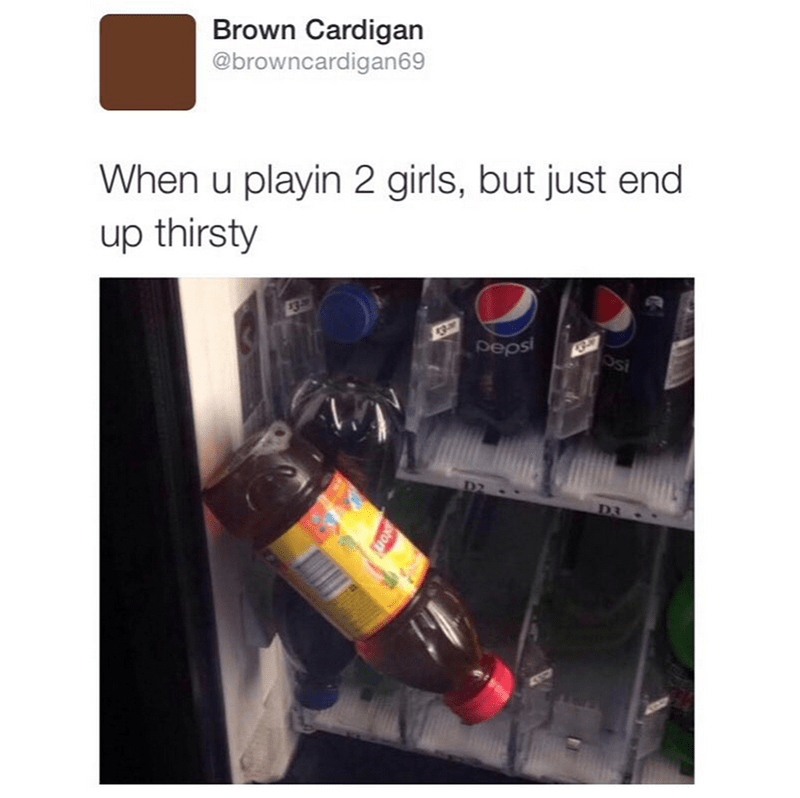 Only 90s Kids Will Know How Great Crystal Meth Is; Just Ask This News Reporter!

TFW you accidentally say 'crystal meth' instead of 'Crystal Pepsi.' What was this dude up to in the 90s?

Going For That "Vintage Pepsi Can" Look 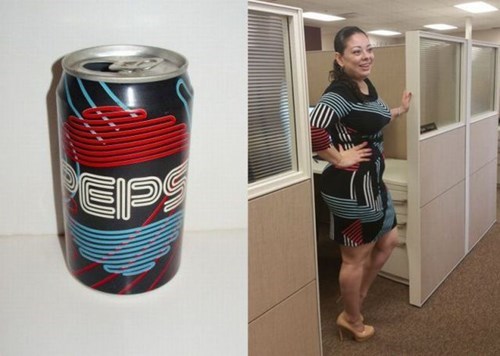 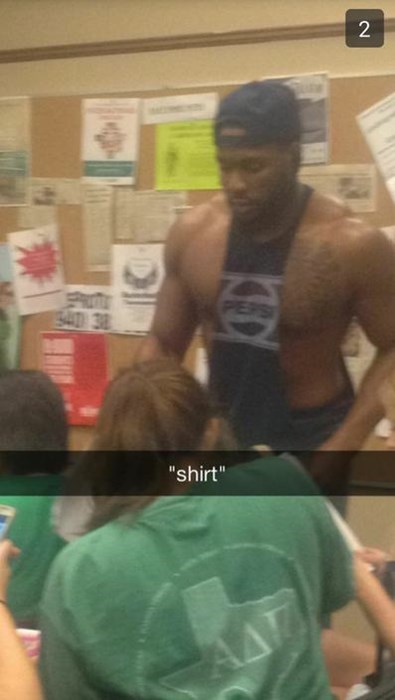 Via Pleated Jeans
Repost
Recaption
Comments
The Daily What
Favorite

The Ball is in Your Court Pepsi 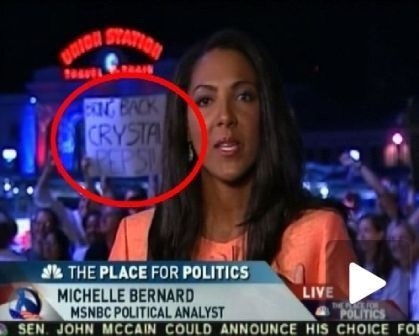 One Job. You Had ONE JOB! 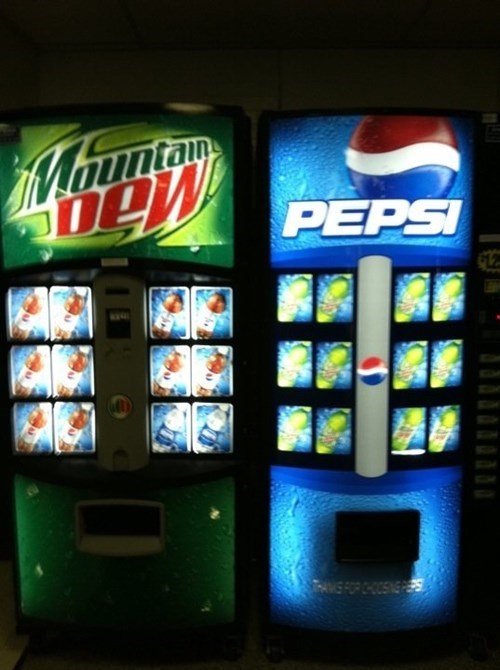 People's Most Triumphant "I Told You So" Moments

Mad Lads Who Made The World Their Playground