They should've double checked that. 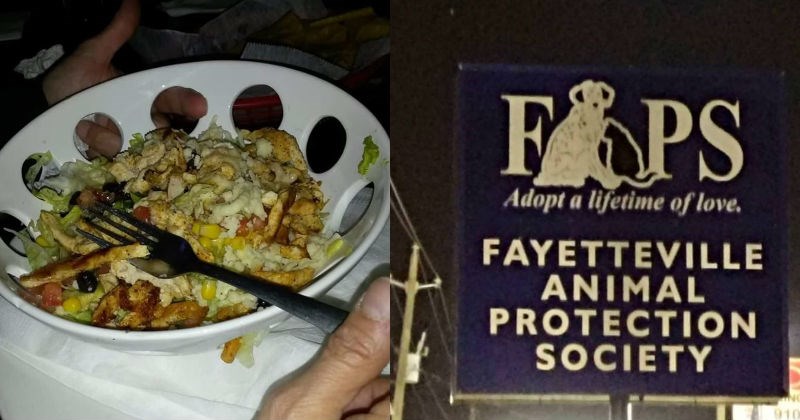 After Muslim Ban 2.0 Gets Shot Down By Hawaii Federal Judge, Man Makes a Pearl Harbor-sized Mistake and Asks What Hawaii Knows About Being Attack

If you're going to tweet, make sure you crack open your seventh grade history book — or at least have the history channel on — first.

Twitter user @FiveRights, self-described "Trump, Free Speech, Limited Govt," or so says his Twitter bio, really doesn't like that a federal judge in Hawaii said, "You're fired," to Trump's regurgitated travel ban. So as so many Americans do, he turned to the internet for support and tweeted this gem:

Hawaii, what do you know?
You were 5,000 miles from 9/11.
You run your little world and let the grownups run the mainland. pic.twitter.com/1R4AWmmg7R

Wow. What a take. What gigantic, Pearl Harbor-sized take! What does Hawaii know about being attacked? It's not as if an attack on Hawaii didn't plunge us into a World War or something.

Anyway, people on Twitter seem to think that this might be a little off base, unlike a certain naval base that was attacked on December 7, 1941.

You Guys Couldn't Think of a Better Picture to Use? 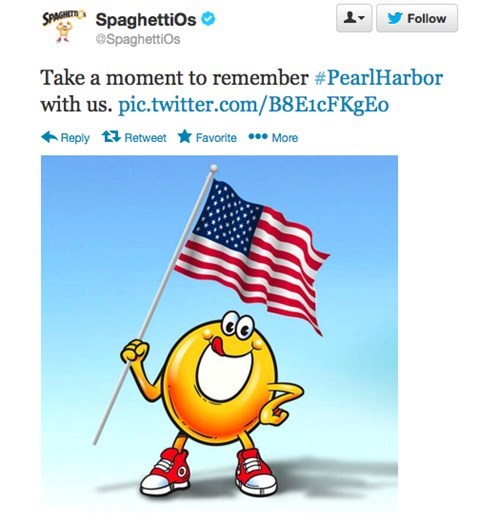 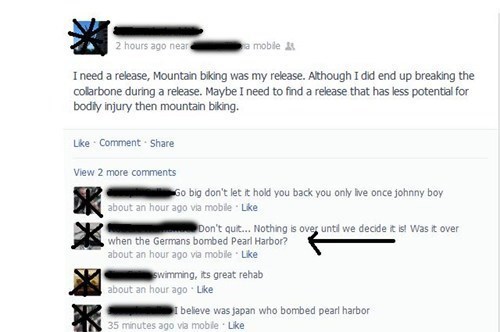 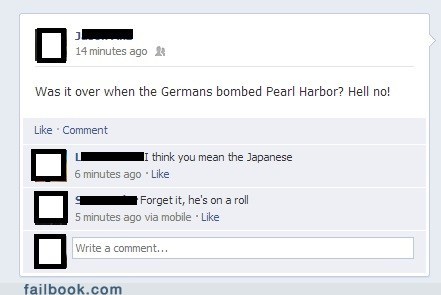 Being Polite or Bragging?