A moment like this has gotta make you feel like a real embarrassed piece of garbage. This guy's heart was in the right place, but his debit card was in a garbage can miles away. Hopefully he'll be able to escape his zone of shame and go outside one day, but hot damn. 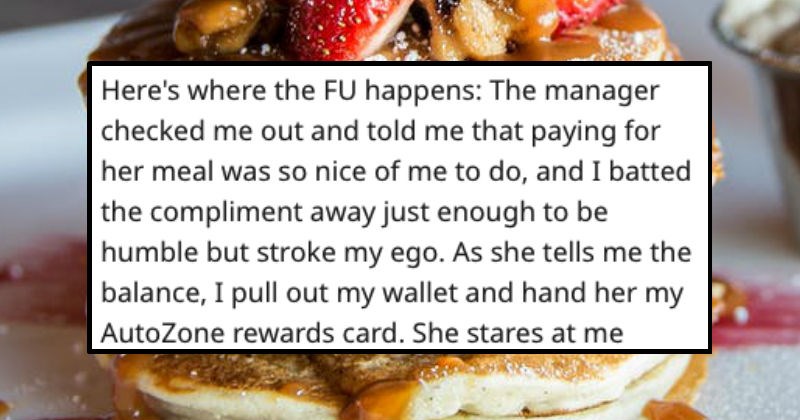 No One Knows If Denny's Marketing Team is Okay

We swear this isn't an ad for Denny's. We just wanna show you all the weird shit they're posting online. We didn't think Denny's new marketing strategy to appeal to tech-savvy youths could get stranger. Then we found out they've discovered Tumblr. Here's 19 head-scratching moments made possible by whatever the hell Denny's is doing to sell pancakes. 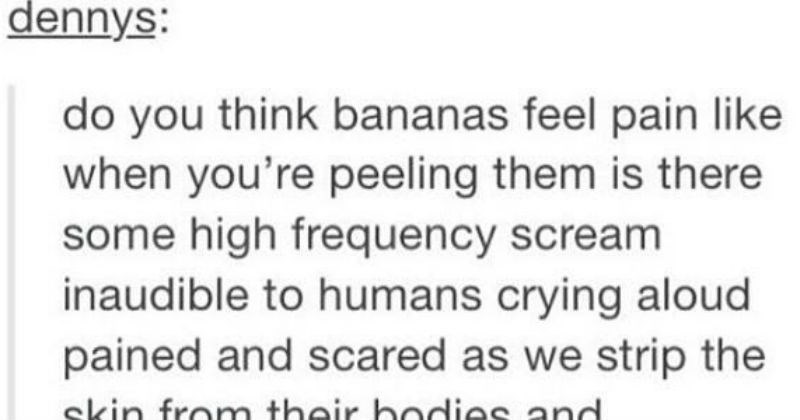 25+ Scrumptious Looking Items That Are Not Cool to Eat

For all the times you've said "sure, it might look delicious now, but it's actually a piece of a shoe." Check out r/ForbiddenSnacks for more of these "treats." 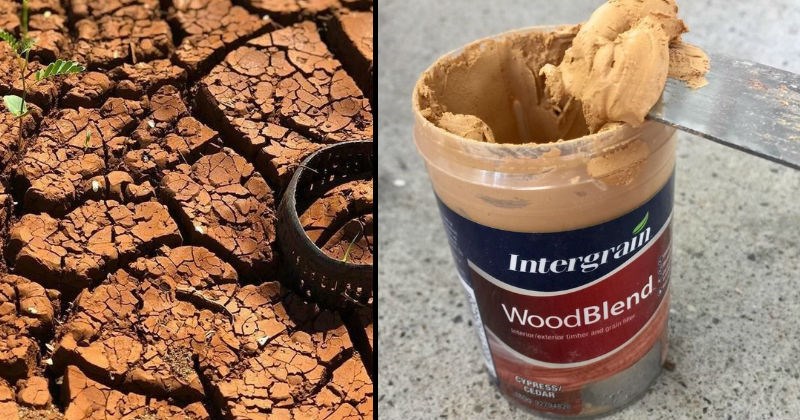 IHOP is Getting Flame Broiled By Every Restaurant on Twitter

It seems like absolutely everyone is dragging IHOP for their publicity stunt change to IHOb. You can tell all these other brands are trying to scramble to get on the same publicity train, but it's still pretty funny. 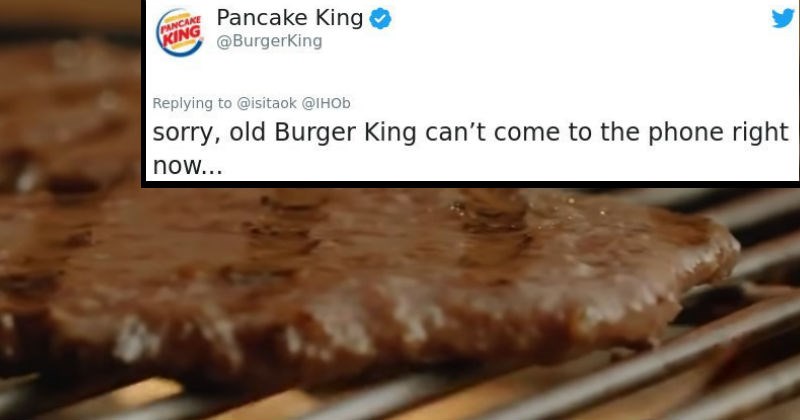 Now You Can Take a Maple Syrup Bath In — Where Else? — Japan!

Japan never ceases to amaze when it comes to where and how you can take a bath. Mere months after the announcement of the Spamusement Park, the amusement park/sauna/peetry dish, comes an intense one up.

The infamous Hakone Kowakien Yunessun, Japan's hot-spring theme park (not to be confused with Beppu City, the spamusment park) is opening a maple-syrup bath in celebration of the 60th anniversary of the Japanese food company Morinaga's pancake mix. I feel like a card would've done the trick. Of course, this is already competing with some of the park's other attractions, which according to Grubstreet includes tubs of green tea, red wine, sake, and ramen. Who wouldn't want to swim in these things?

The response, as you can imagine, ranges from the confused to the enthusiastic. 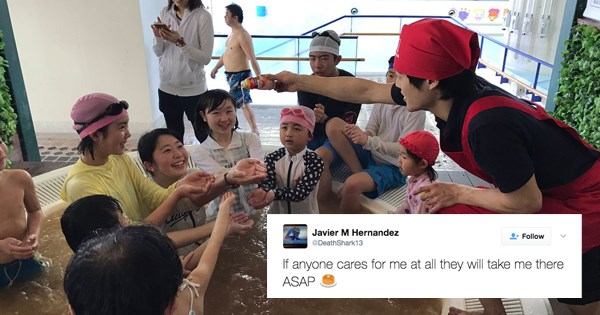 Chelsea Clinton Made Some Gross-Ass Pancakes and Now Everyone Is Making Fun Of Them — But Seriously, They're Green

When you whip up a batch of some piping hot pancakes, before you eat, you must share. Why shouldn't everyone on the Internet be allowed to share in on the fun?

That's what former First Daughter Chelsea thought when she made a batch of spinach pancakes, which definitely don't look like fake vomit you get from a magic and/or joke shop. This has a green tinge all it's own.

Spinach pancakes for #NationalPancakeDay (we won't eat them all tonight although Charlotte would if we let her)! pic.twitter.com/9zgWZ0k94W

My thoughts exactly, and I like pineapple on pizza!

But I'm not the only one who thought this was weird and sick. It's been a while since I've been served up roasted pancakes, but I definitely won't say know.

Get yours on Amazon and befriend your cute fire demon on your own breakfast journey...

Matt Stonie ate 113 silver-dollar pancakes in 8 minutes! If you think you could better than that, it's time to heat up an pan and give it a try. 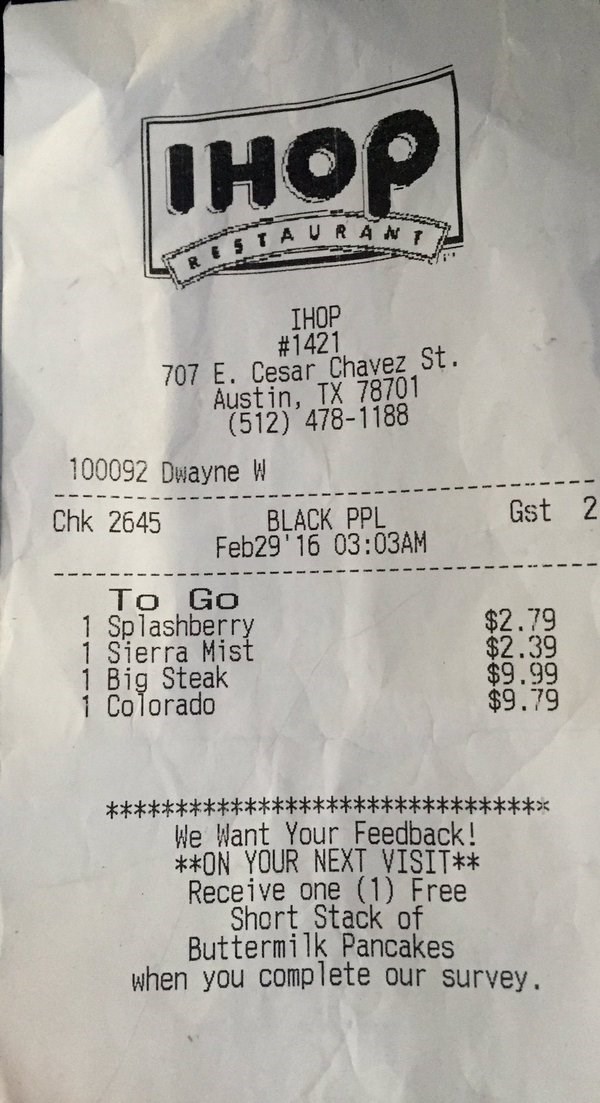 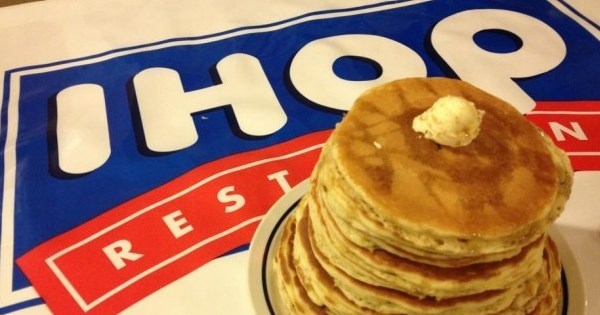 The pancake house is in deep syrup after making a joke on Twitter Sunday that fell...flat. The reaction to the joke was swift, which likened a stack of pancakes to a women with a flat chest.

But this isn't the first time IHOP has tried variations of misogyny. It looks like the company tweeted about a "butter face" back in March.

Uh @IHOP I really must advise against. pic.twitter.com/wFKzP1YDSR

It didn't take long for IHOP to tweet out an apology. It almost seems like they knew the backlash was coming.

Earlier today we tweeted something dumb and immature that does not reflect what IHOP stands for. We're sorry. 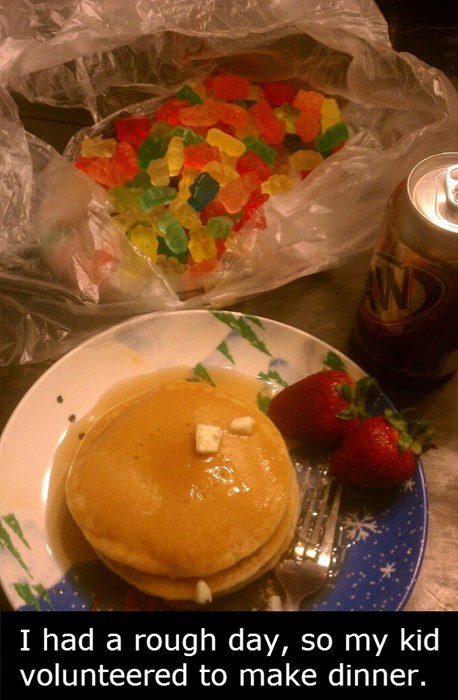 Watch This Dad Serve Amazing Pancakes to His Kid

All of the Houses in Game of Thrones Get the Pancake Treatment!

The Key is in the Size of the Pancakes 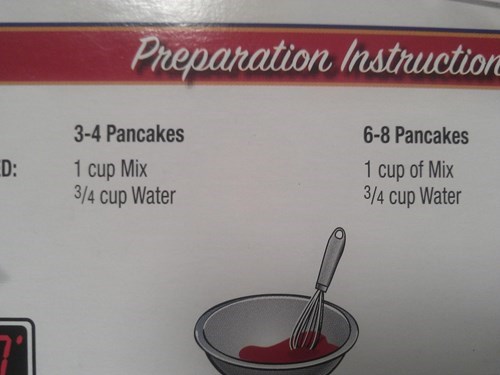 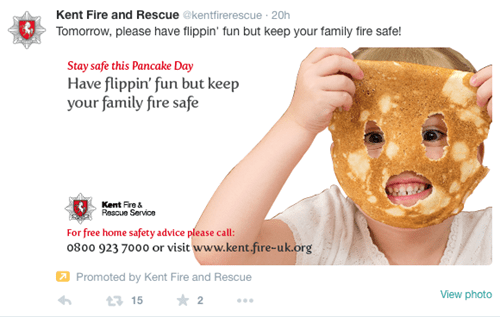