For those not in the know, "OK Boomer" is a dismissive retort often used to disregard or mock Baby Boomers and those who are perceived as old-fashioned and being out-of-touch. Part of this phenomenon is the feature that many baby boomers themselves consider this to be an ageist slur. This in turn has been seen by many as a hypocritical overreaction that has been met with more Ok Boomer Roasting on Twitter. The whole thing has stirred up more discussion and argument about age and politics. Here is a Gen-X perspective and explanation of why "ok boomer" is becoming more than just a thing people say on Twitter. 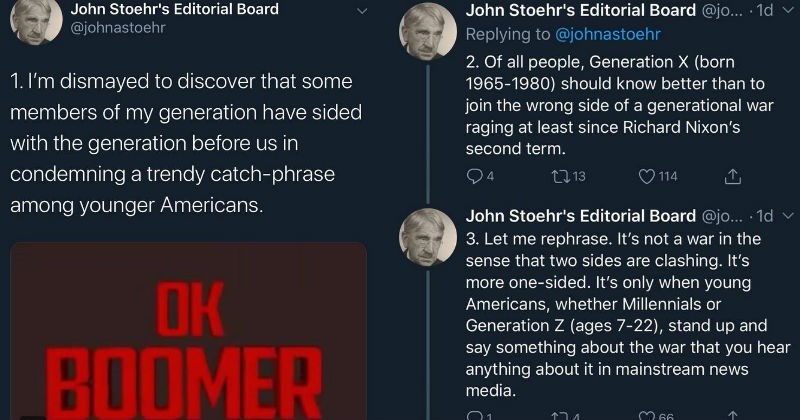