We're not completely sure what's going, but what's clear here is that @drewtoothpaste is into Ohio and threatening ass kickings. It's dumb, but kinda funny. 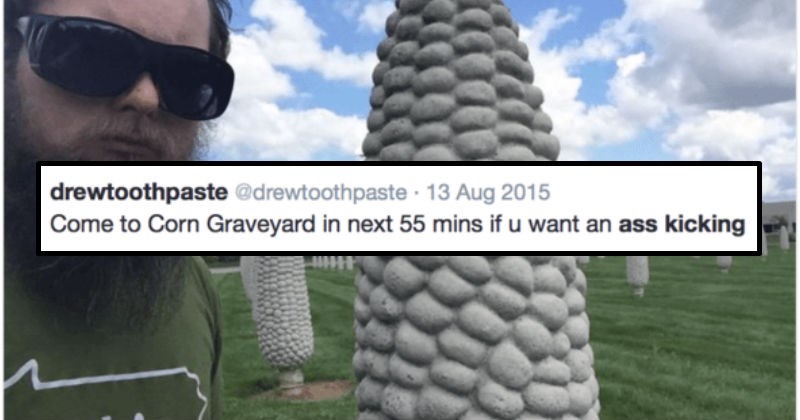 Olive Garden? When You're There, You're Family 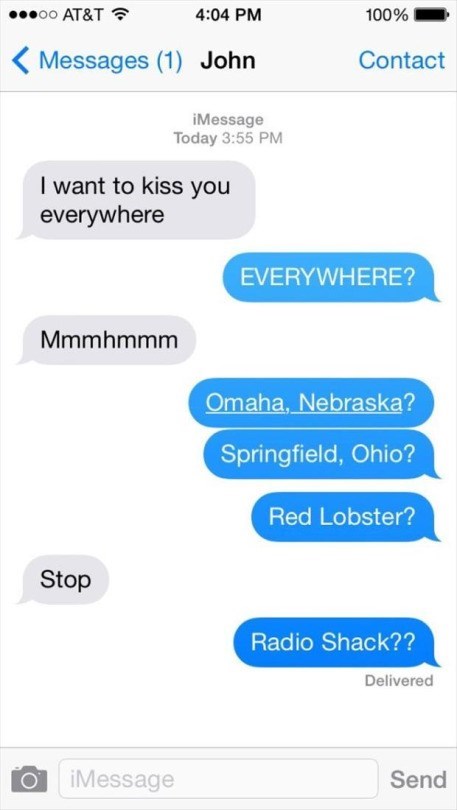 Via Tumblr
Repost
Recaption
Comments
Advertisement
The Daily What
Favorite 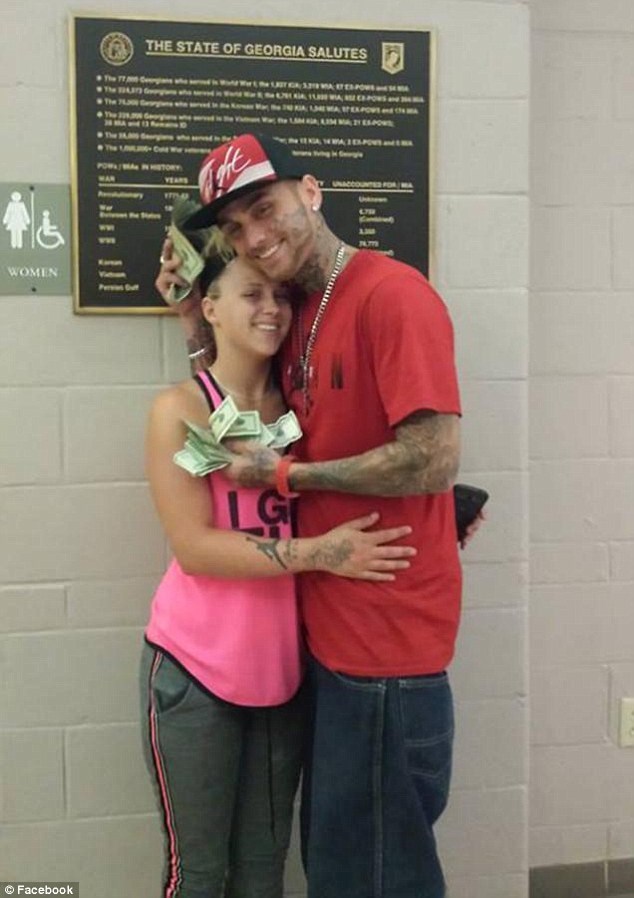 Fan of the Day: Ohio State Fanatics Map Out the Best Route to Victory 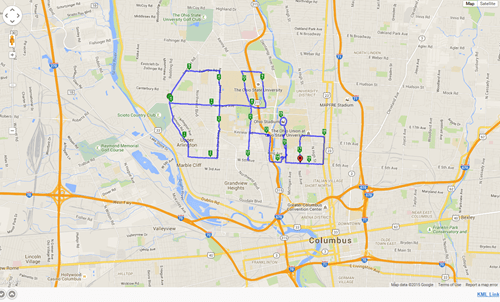 An Ohio State football fan doesn't need to walk 19 miles to prove their love, but it doesn't hurt.

That's what Redditor orweezy and some friends decided to do. But they didn't do it for the mileage, they did it to spell out the four most important letters to them.

My coworker friends and thought it would be cool to start off the football season by mapping and walking the Ohio Script this past weekend and using the stadium as the "I" dotting.

...We got like 8 miles into it and thought.... "you know this would have been better if we biked it" It took us 6 and a half hours of walking but we made a few bar stops so from 6:30am through 2:45pm. We were doing a work competition about fitness and the metrics used was time, so we walked everywhere and I think we just carried it over. I would rather bike it next time for sure.

The Ohio State Buckeyes will kick off their season on Sept. 7.

You can't really see what happens, but you know it's heroic.

That's State Trooper Eric Devers, who leaps over a guardrail to save a truck driver that had crashed off the highway in Miami County, Ohio. According to the video's description:

An officer with the Ohio State Highway Patrol was honored this week for saving a semi-truck driver's life back in April. Dashcam footage just released shows trooper Eric Devers arrive at the scene of a crash and immediately sprint toward the driver. The trooper found the man still belted into his seat. Shortly after, his eyes rolled back into his head and he stopped breathing, the Ohio State Highway Patrol said.

The truck driver apparently had an atrial fibrillation, which is a quivering or irregular heartbeat that caused him to pass out while driving.

And hey! How cool is CPR? You should learn it yourself and become a hero like that guy there.

Certification and education classes are totally available near you.

It only takes a few hours, go ahead and do it.

We'll even forgive Devers for saying a pretty worn cliché.

You can pretty much say anything you want while you're saving someone's life.

Fun Fact: Ohio Swears the Most Out of Any State 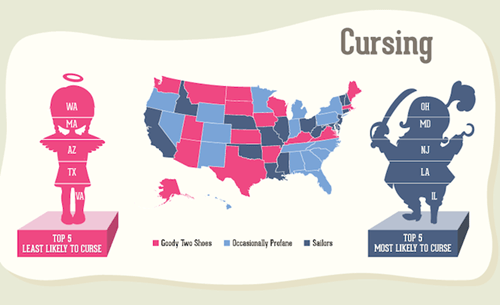 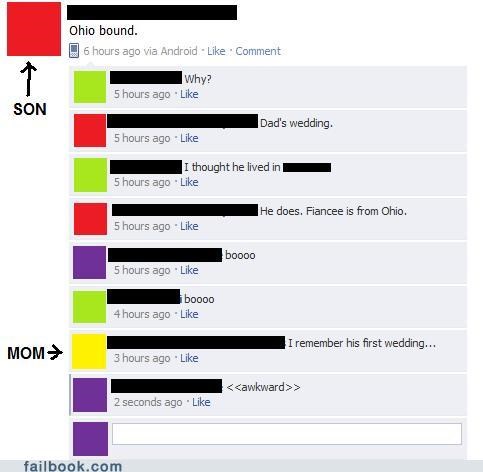 My guess is that he suffered some sort of traumatic carnival game related experience when he was young. Perhaps he meant to win a stuffed bear for his girlfriend but accidentally won her a stuffed hippo, so she dumped him. Vowing never to fail so miserably at low-stakes prize games ever again, he became the hero we now know today. 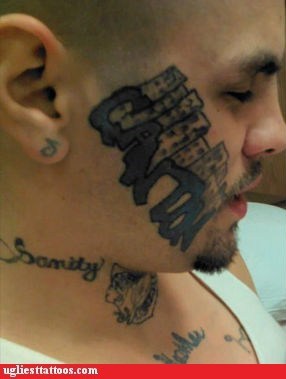 I've been there, and there are not that many buildings.

He's in a Whole Meth of Trouble 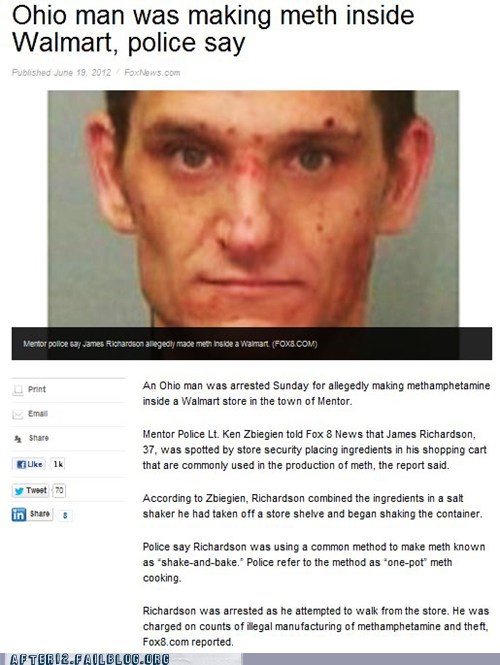 James Peterson, 34, is setting a record that would make the Situation bow in respect: he is attempting to set the world record for long continuous fist pumping. As evidence of his dedication, Peterson super-glued his hand shut to ensure no cheating and maximum fist pumpage. After 16 hours, he finally stopped, but not before being recognized by local press.

Congratulations, James! You are an inspiration to bros everywhere!

Thank you Winter, for the being the season with the most unflattering clothes 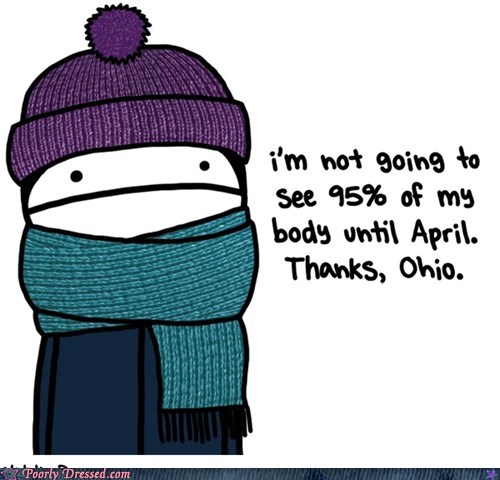