Via iCanning87
Repost
Recaption
Comments
Advertisement
The Daily What
Favorite

It's tough to believe this isn't some airbrushed design on a 1990s shirt. The world can pull out some crazy beautiful things sometimes.

This group of humpback whales bask in the northern lights of Norway in a super peaceful swim along the coast.

According to the video's description:

This Spectacular footage of a group of humpback whales swimming under the northern lights off the coast of Norway was shot by Norwegian cameraman Harald Albrigtsen, who works for the Norwegian media company NRK.

Large gatherings of whales like this are common in the waters off Norway, and this time of year is prime time to see the northern lights in the country.

The lights most frequently appear between September and March.

Thanks, Earth. This is great.

The Northern Lights, as Seen from the ISS 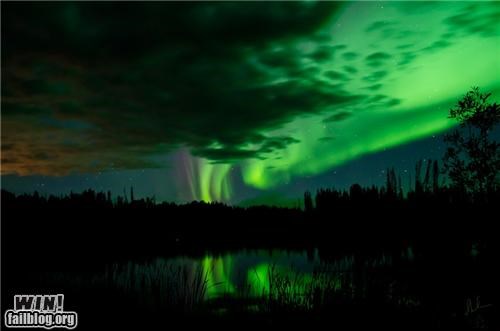