Via The Ringer
Repost
Recaption

It's just fun hearing about everyone in this story being true to themselves. And that means that apparently all that zen stuff that Phil Jackson was doing didn't prevent him from snapping at Matt Damon and Mark Wahlberg like they were a couple students slacking off in class.

These guys are having an inspiring, potentially enviable amount of fun at their jobs. Everything is lost the moment that Shaq throws those papers up. The whole fit of hysterical laughter was inspired by a locker room incident involving the Rockets and Clippers. For some more gold from Shaq, check out the time that he lost a bet, and then had to reveal his hairline on live TV.

The fact that NBA player, Steven Adams, had the the presence to prioritize the well being of a basketball player on the opposing team instead of scoring is such an awesome reflection of his kind nature. This should be shown to kids learning how to play basketball. We can all get caught up in our respective competitive drives, but if you're able to step outside of that and help people that are about to get injured during a game, you're just crushing it.

There are few things we love more than a good old fashioned live TV fail. This right here would definitely fit that description. Charles Barkley hits Kevin Durant with a lengthy question and proceeds to get a comprehensive answer that really takes some time to digest.

I mean, this is just painful to listen to. It's impressive that it's this bad, really.

It's clearly no easy task to get actual NBA players to lend their voices to your game. In this case it sounds like a combination of none of these guys having a chance to read over their scripts as well as the producers trying to get everything in one take. Holy crap these are bad.

This former bold meteorologist, George Flickinger, put the NBA game on split-screen to broadcast a tornado warning. Many enraged calls ensued, and he has since stepped forward to formally NOT apologize.

Shaq Threatens To Knock Charles Barkley Out In Viral Clip

Via NBA on TNT
Repost
Recaption

This show is more entertaining than the actual games. This is just TOO GOOD. Shaq ain't playing no games.

When James Harden took a tough hit in both eyes and suffered a laceration in his left eyelid, in Game 2, Twitter was ready to dunk on him with all the memes. These are art. 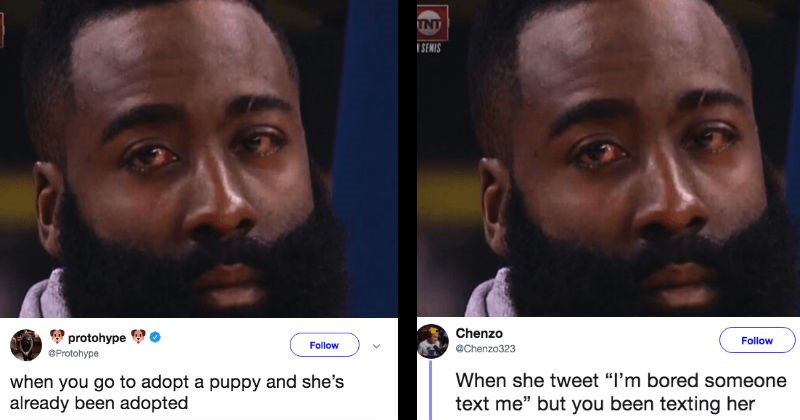 NBA Player Rips An Atrocious Fart On The Sixers Bench

WHO LET IT RIP? Step forth and claim credit for your work, my dude. That Sixers bench is in some kind of stinky agony. Just look at those disgusted faces. Or maybe this is some savage crop dusting.

Boston Celtics Guard, Kyrie Irving just needs the people of the round earth to know that he's terribly sorry for being caught up with the Flat Earth movement because he's a "smartass individual"; BUT he's never quoted saying that he's not a flat-earther. Dude, come on. 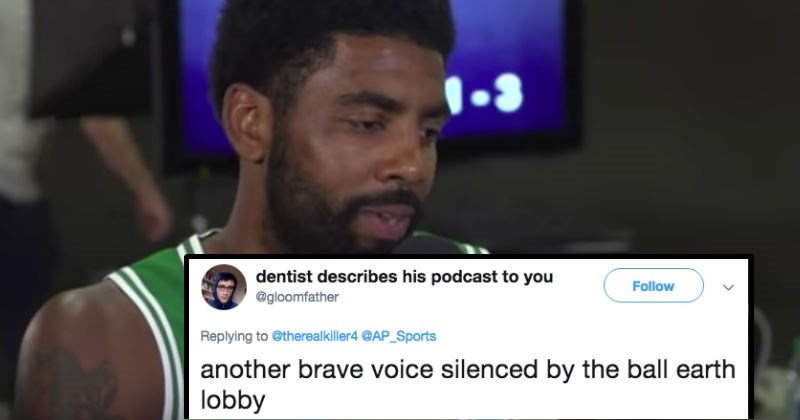 The NBA is big in China, and fans have taken to giving players complex and ridiculous nicknames over the years. Historian Nick Kapur explained this on twitter. 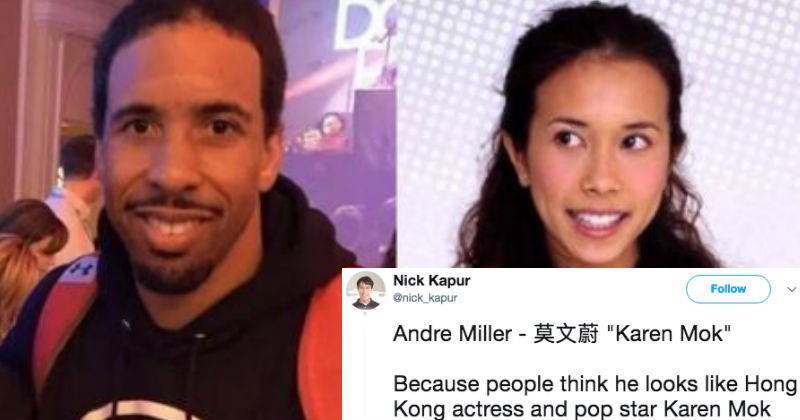 These are not the Jordan's you're looking for.

The last thing that Lebron James was ready for when he playfully started recording some of him and teammates' ride on the NY subway after a shootaround, was for a fellow passenger to flip out on him for recording a selfie video together. Some people on Twitter are suggesting that the guy was kidding, but we're kind of thinking the dude was actually pissed. You'll notice he moves seats by the end of the video, after complaining to Lebron.

Naturally, the trolls and Lebron James fans on Twitter, seized the moment and roasted the guy; going so far as to float a conspiracy theory that he was so pissed, cause he was being unfaithful to his SO. 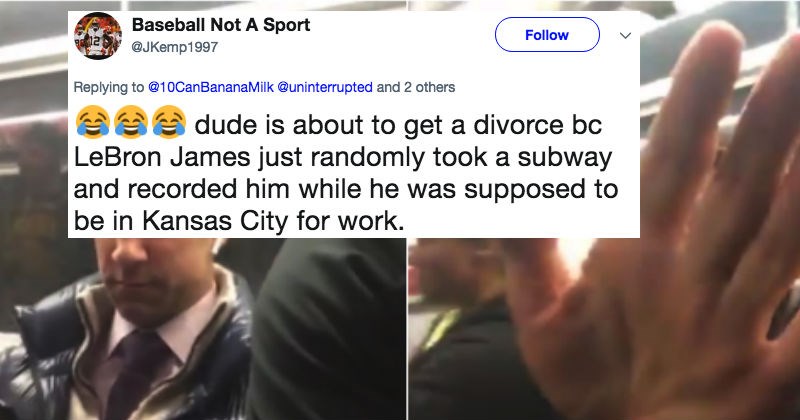 JaVale McGee, center for the Golden State Warriors is the regular target of Shaq when it comes to getting roasted, toasted, and stomped on for all the public eye to see (thank goodness for us). You could know next to nothing/not care at all about NBA basketball, and you'll still get a kick out of the big man igniting the rage of Mr. JaVale McGee in the following Twitter exchange. Let's just hope JaVale learnt a thing or two about not going toe-to-toe with the comedically-inclined pair of 22's. Yeah, still processing how big Shaq's feet are over here. 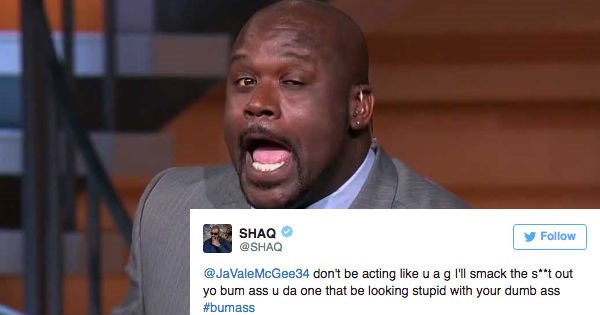 I'm overcome with burning questions and emotions right now: is this actually Phil Jackson, and if it is why in the hell is he riding the NYC bus looking like he's one untied oversized shoelace away from getting off at the next stop to let the driver run him over? Seriously Phil, talk to us? What's up bro? Well, regardless of if this is Phil Jackson and he has one of those eye-catching resting bitch face's, or if he's deeply saddened; the Internet was there to capitalize on the momentous photograph with a rollercoaster of hilarious reactions. 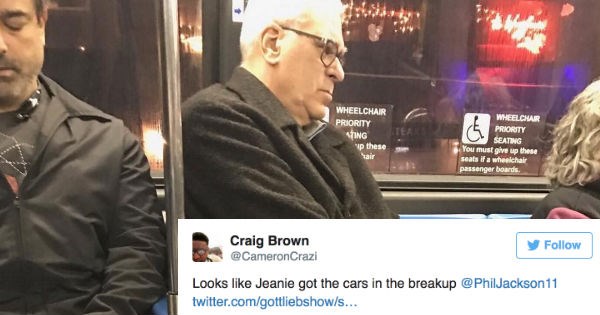