School Is In Session 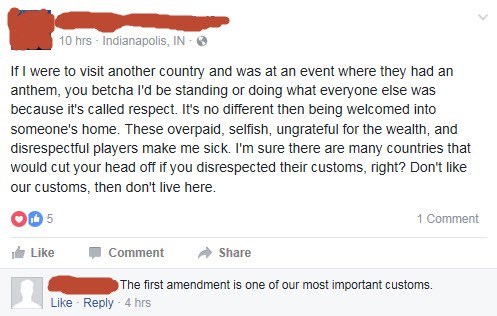 If You Still Don't Believe T-Pain Can Sing, I Dare You to Watch His National Anthem

Previously in T-Pain can actually sing...

Sinatra is Back in This Unassuming Guy Singing the National Anthem

Via Mark Ammann
Repost
Recaption
Comments
The Daily What
Favorite

Staind frontman Aaron Lewis struck out with baseball fans (and America!) Sunday night, with his unique rendition of the National Anthem at Game 5 of the World Series, and Twitter was not very pleased.

The only thing worse than messing up the national anthem is being the lead singer for Staind.

it's been awhile since the guy from staind sang the anthem

While replacing "at the twilight's last gleaming" with " were so gallantly streaming," might seem like a simple enough mistake to make in front of a large crowd - it was actually Lewis himself who lambasted Christina Aguilera back in 2011 for her screw up.

"I guess I just don't understand how people who sing The National Anthem can be so f—ing self-absorbed that they would try to change that f—ing song. If there is a single song in the history of this country that deserves no creative interpretation, it's that one."

"Self-absorbed," Lewis later apologized to America on his website:

All I can say is I'm sorry and ask for the Nation's forgiveness. My nerves got the best of me and I am completely torn up about what happened. America is the greatest country in the world. The Star-Spangled Banner means so much to so many, including myself. I hope everyone can understand the intensity of the situation and my true intent of this performance. I hope that the Nation, Major League Baseball and the many fans of our national pastime can forgive me.

Oh, Canada! A Singer Eats it While Skating and Showing His "True Patriot Love"

Watch (And Cry) as 1,000 High School Students Sing the National Anthem on 18 Floors of a Hotel

Eagles everywhere are shedding single patriotic tears, and the spirit of Thomas Jefferson is slow clapping on the roof.

When This Singer Has Trouble With the National Anthem, a Few New Friends Decide to Join in

The Worst National Anthem Ever

Jimmy Kimmel asked some kids on the street what they knew about our national anthem. Something tells me that most adults wouldn't have done any better.

The Bruins Game Had a Very Special National Anthem Performance

Get your tissues ready!

Imagine This Song Played Before Every Ballgame 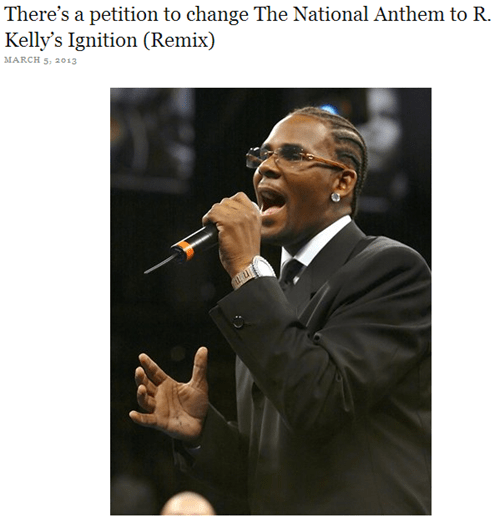 Via The Strut
Repost
Recaption
Comments