Every now and again we come across a video that doesn't scream "fail", but instead manages to temporarily restore our faith in humanity. Take this scenario for instance. A couple kayakers decided to act and do the admirable, heroic thing instead of freezing under the weight of panic.

The genuine relief-induced laughter as he's looking around at the end is some wholesome gold. Apparently this Canadian legend's name is Mike Ranta, and he's infamous for being a tremendous canoeist. Legend has it that he's paddled across Canada at least three times. Insane.

It could happen to you. The one night you forget to lock your doors is the night you put your entire family at risk. Intruders can break in and shit in your basement. Those intruder: Moose. How do we stop them: Undetermined.

Take this Idaho family as a blanket statement for an unnecessary fear that the rest of America should base their foreign policy on. If one moose can break into one house, what's to stop another moose from breaking into another house.

According to UPI, "The Idaho Department of Fish and Game said Senior Conservation Officer Alex Head responded Saturday night to a Hailey home where a cow moose was reported to be in the finished basement."

Apparently, the moose broke through a window and trapped itself in the basement. When will this madness end? I mean look at all this shit the moose left: via Idaho Fish and Game

The moose was eventually set free to bring its reign of terror to the Idaho countryside. The only question now is, when will this western menace strike again.

They Killed a Moose and Want me to Eat It!

There is No Event More Canadian Than This

We Apologize For the Inconvenience 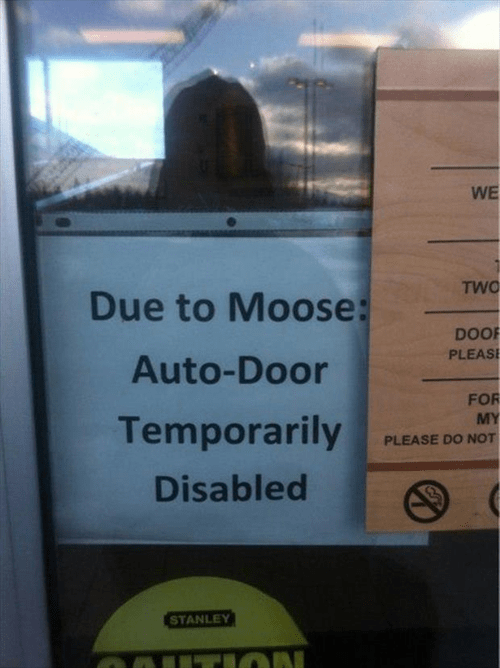 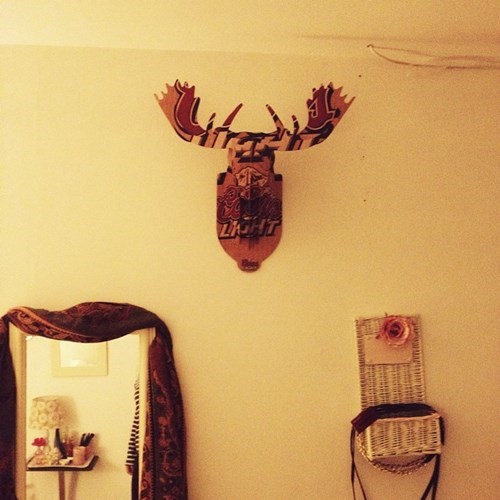 Is Your Moose Giving You Problems? 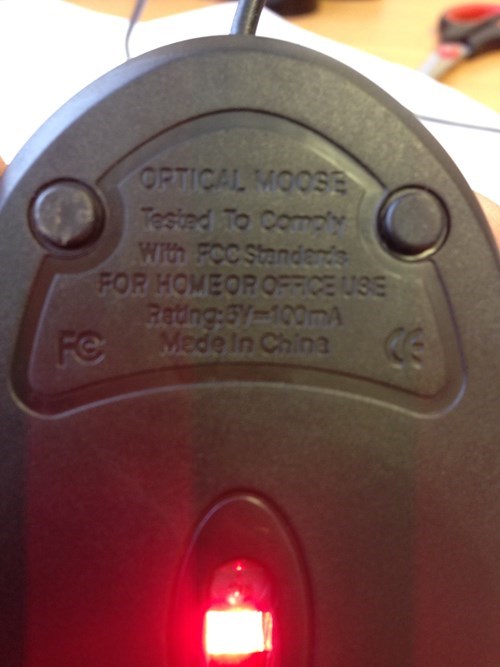 Get Home From Space on a Moose

A Different Kind of Bedtime Story 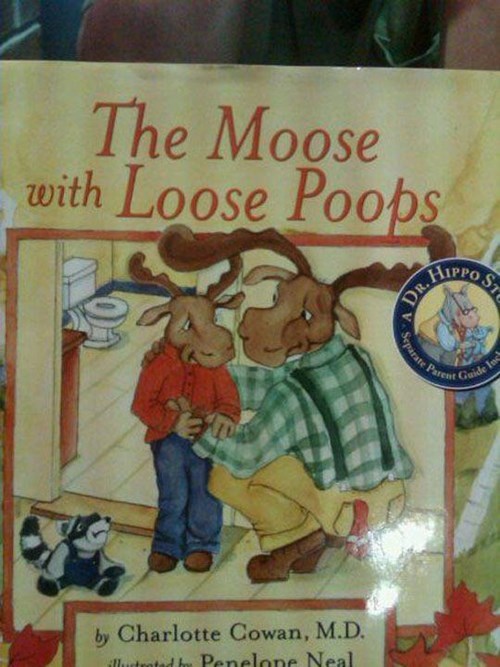 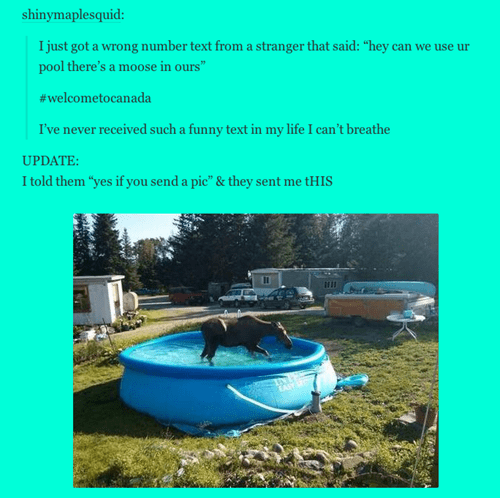 Moose Over and Let Your Brother in, too 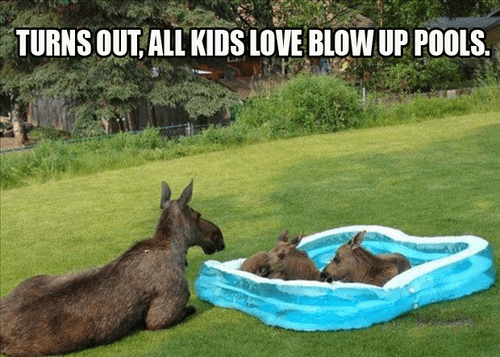 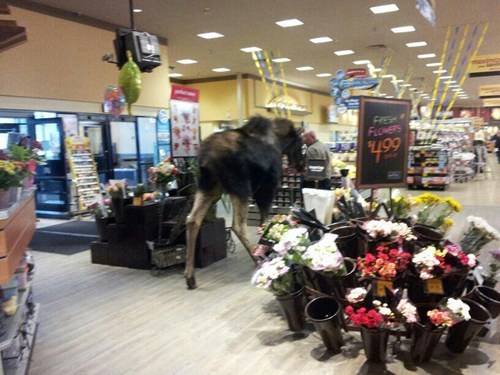 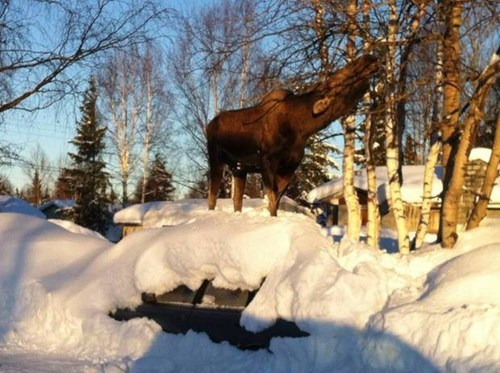