Snowy Montreal Traffic is Getting Plowed (in the Worst Way Possible)

Via Samantha Dean
Repost
Recaption
Comments
The Daily What
Favorite

Shaming of the Day: Montreal Throws Beer and Insults in Roosh V's Face

Via The ConU
Repost
Recaption

Roosh V, creepy 'pick-up artist' and author of far too many books with the word 'Bang' in the title, did not meet many fans of his work over the weekend in Montreal.

He traveled to the Canadian city to hold a seminar on how guys can best try and trick girls to sleep with them. Only, the venue shut it down when they learned what the seminar entailed.

Then, it says in the MtlBlog story:

Here's where it gets good. Roosh decided to go out to a bar after his event, and that's when he had a beer pitched in his face. Then another and then yet another. The wonderful people at the bar then chased him out, yelling at him to "get the f*ck out of Montreal" but that's not where things ended. The patrons followed Roosh all the way back to where he was staying just to make sure he knew he wasn't wanted here.

After that, he had little hope of peace as Mtblog states that one of the girls who threw a drink on him posted this (although the website doesn't say where it was posted):

Josh Groban chose an audience member to duet with him, and she turns out to be vocally gifted.

There was a problem rendering this video - it may have been deleted.
By Unknown
Repost
Recaption
Comments
safenhim
Favorite

Everyone Has Some Canadian in Them 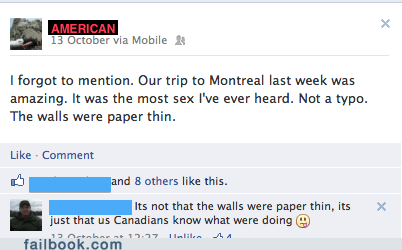 No, literally, everyone had some Canadian in them at the hotel that night! 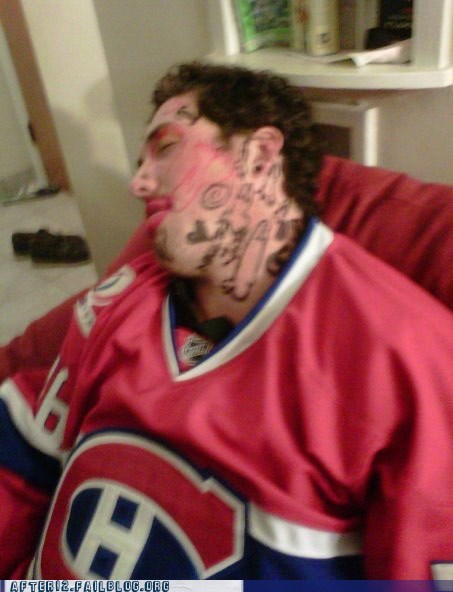 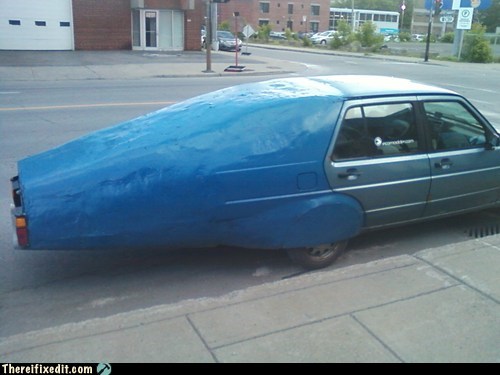 In case you're not up to speed on the quandaries of the Québécois, Montréal is in the midst of a massive student strike. The Quebec government has proposed tuition increases for schools that have angered many Canadians (yes, that's actually possible). So, what better way to commemorate the 100th day of protesting than by releasing a beer? The red square pictured on the bottle is the de facto icon of the movement, symbolizing that students will be "squarely in the red" should the tuition increases pass.

Also, the beer's name is French for "nightstick", quipping at the supposed instances of police brutality. Instead of reading "Au goût du jour" ("taste of the day"), the slogan is "Au coup du jour" ("hit of the day"). Thanks to redcoyote81 for the translation!

Sports FAILure: Swing And A Miss

Incredible and powerful storm over Montréal on july 21. 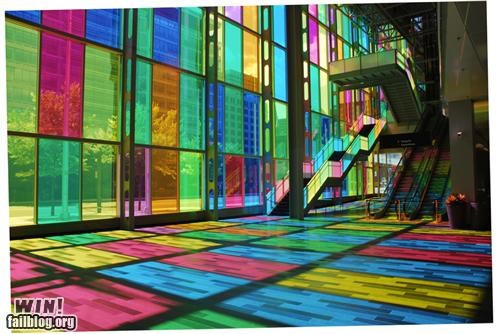 Guy's Dentist Happens To Know Everything, Might Be Real Life Superhero