It's hard to think of two characters Tumblr would have more of an affinity for than Roald Dahl's Matilda and Wednesday Addams. Tumblr has made its love of the Addams' pretty clear in the past based on this tumblr thread about the Addams family renting out rooms to college students. It should be obvious by now that Tumblr will never leave its favorite things un-fan-fictioned, whether that's a good or bad thing. 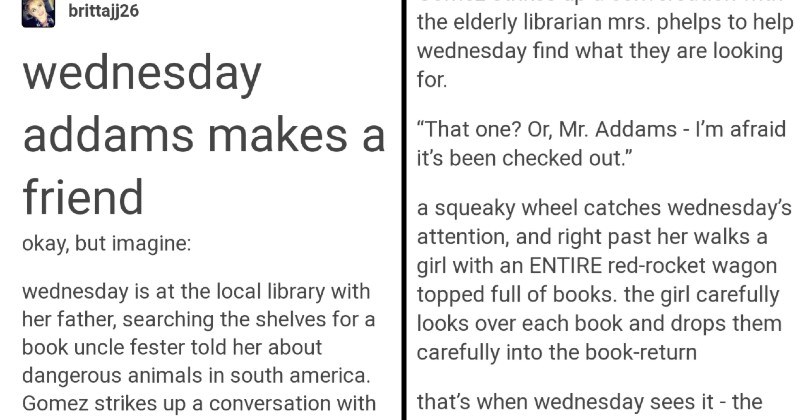