Extreme Eyebrows that Pushed the Limits of Foreheads

We don't pretend to understand forward thinking fashion and eyebrow trends. We're just here for the sick eyebrow pics. Apparently there's an entire universe of things you can do to eyebrows, and these fashion astronauts are exploring the cold emptiness of that universe. Oh, and here are some questionable hair decisions getting roasted. 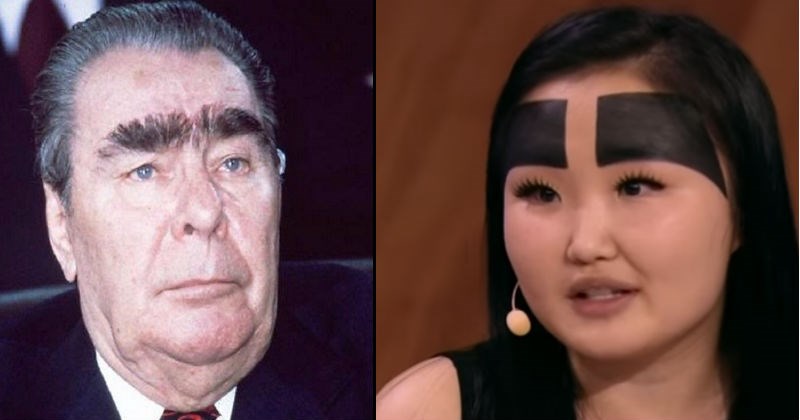 This bride wanted her friend to help her out with a free makeover, and when the friend agrees to do it for free, she actually turns it down because it's not as complicated and extravagant as she'd hoped for. I mean, come on. Beggars can't be choosers. 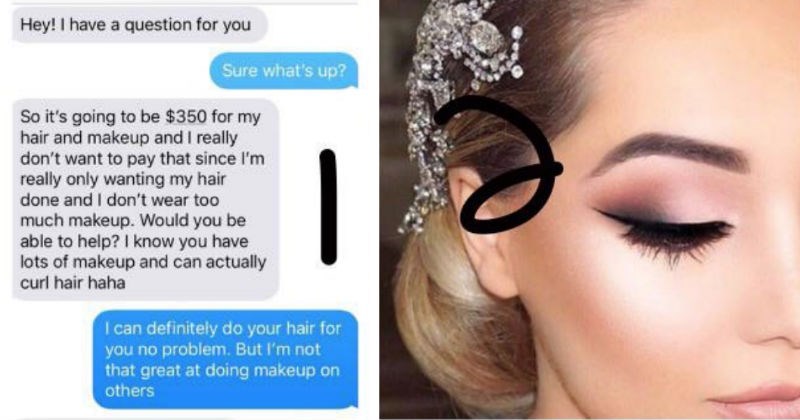 Entitled Woman Demands Free Makeup and Delivery, Blows up When She Doesn't Get It

Here's some classic childish behavior. We still don't know what goes through these people's minds that makes them think that they can act like this. It's funny that the moment someone can't have something they want for free, it's "garbage anyway." All of this hate for some free makeup, too. 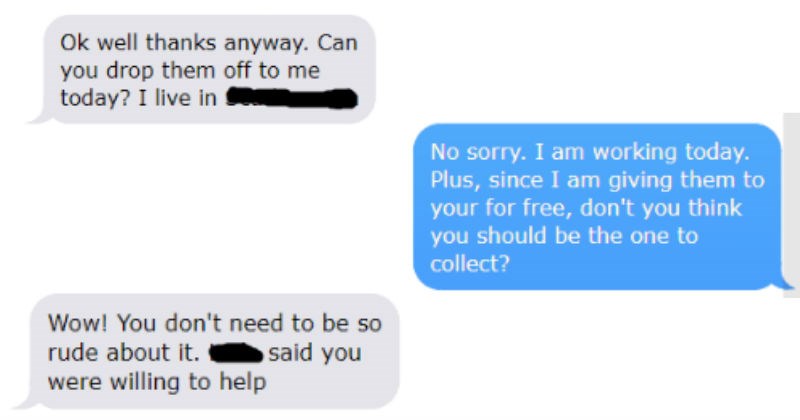 It's good that stuff like this exists. The items themselves aren't necessarily good, but it's good that they have a chance to see the light of day. 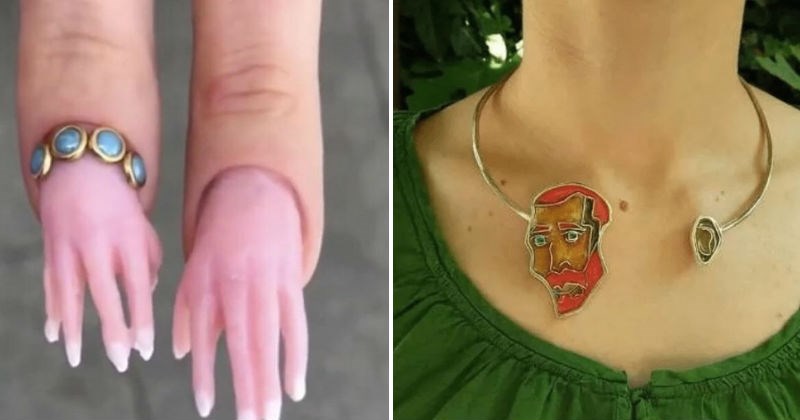 14 Beauty Products Straight out of a Horror Movie

Not sure if they'll work, but they will succeed in making you look like Hannibal Lecter. 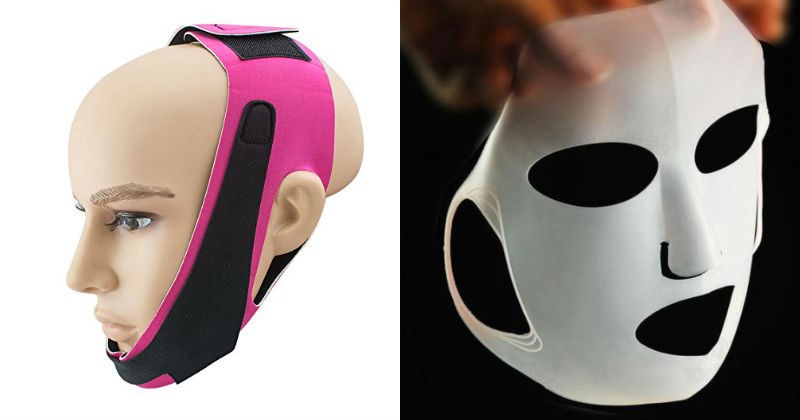 This Mind-Breakingly Trippy Make-Up Artist Is All Win 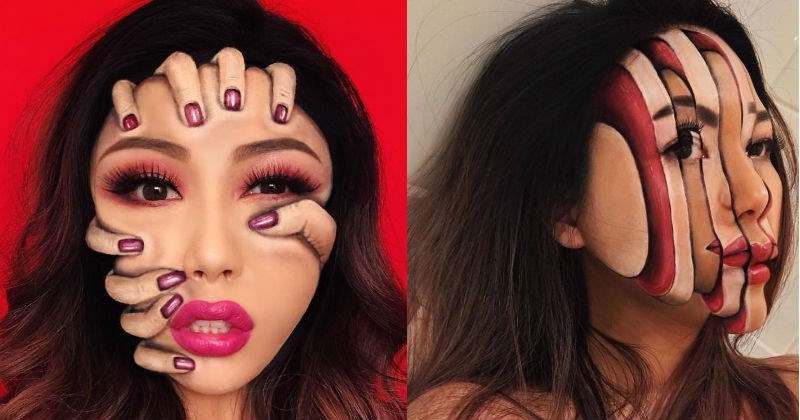 Woman In Shrek Makeup Gets Trolled Hard After Reckless Driving

Maybe she was speeding off toward a place Far Far Away. Either way leave it to the ruthless trolls of Twitter to step up and roast someone to oblivion who can't keep it under the speed limit, while wearing Shrek makeup to boot. 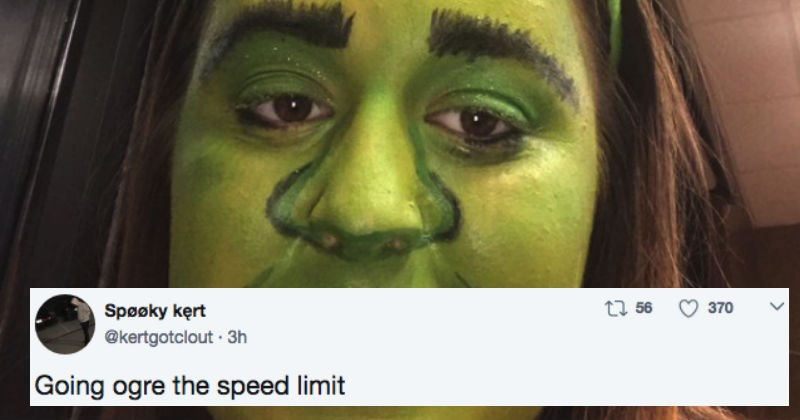 Going Where No Meme Has Gone Before, Makeup Artists Are Painting Memes on People's Eyelids

Memes are everywhere. Go ahead, Google "meme" and see what happens. See what I meme?

I swear, I didn't mean to make that pun. It just happened, and that just proves my point.

In the spirit of the meme takeover, some makeup artists are putting memes where you'll always see them, sort of. Non-binary makeup artist Jenny, who started the trend, got the idea from a rash and a SpongeBob episode. It has since been blowing up on Twitter, and they look really weird and cool.

I can't wait to get dat boi on the back of my eyes. 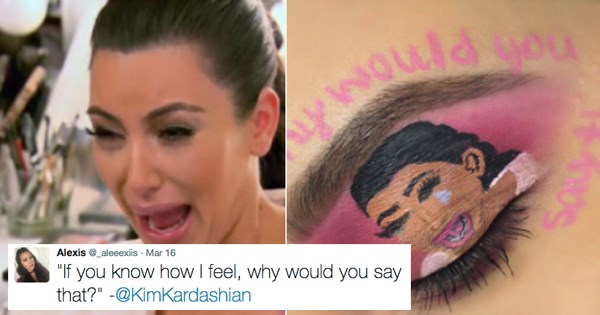 These eyebrow touch-ups, tattoos, sin-stains, whatever constitute 'FAIL' in every damn sense of the word, and then some dude. Leafing through these I genuinely felt my balls shrivel up in fear. Picturing walking by one of these nightmare hellfaces in a dark alleyway at the end of a long night, in no way failed to shoot a cold chill down the back of my spine. A few of these terror masks are what I'd imagine seeing gatekeeping the fiery gates of fucking hell.

But hey. Whatever. All done for the sake of attaining that higher, top-shelf kind of beauty to get an eyebrow raise from the rest of the world, right? Riiight? 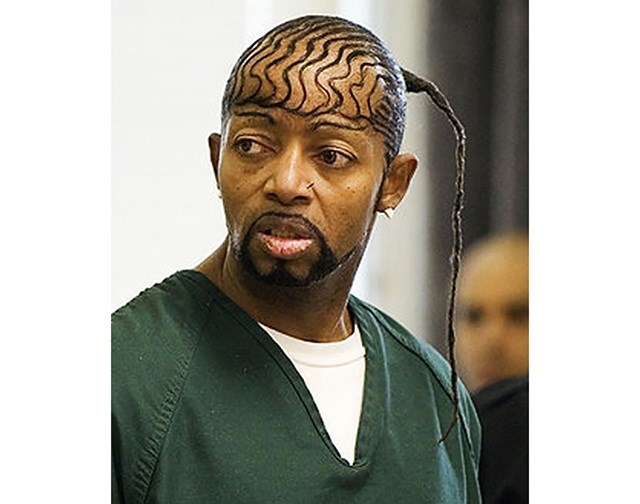 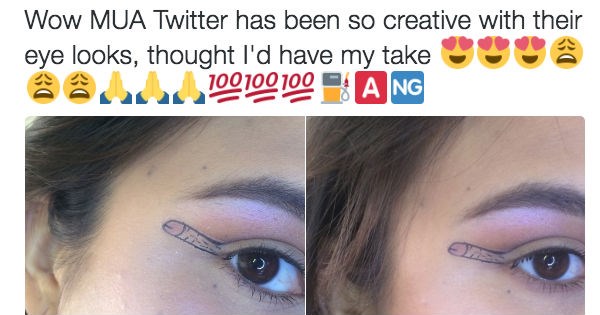 How This Toddler Got a Fabulous Makeover, He'll Never Say 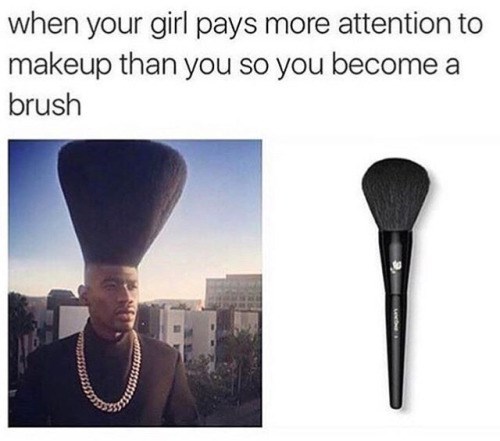