It was announced yesterday afternoon that Kevin Spacey would be replaced in his upcoming film 'All The Money In The World' by Christopher Plummer. The change, of course, coming following a recent onslaught of charges that have been filed against the disgraced actor.

Twitter took the news in the usual manner: witty wisecracks and some hilarious photoshop work. 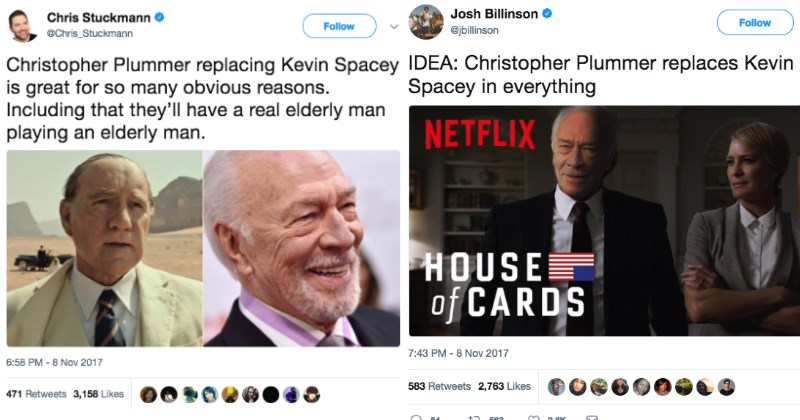 This is uncomfortably hilarious to watch.

Someone brought this unsettling, old clip from Family Guy to attention following the news that broke today about Kevin Spacey allegedly sexually assaulting a minor. Looks like The Simpsons aren't the only ones predicting the future with an alarming accuracy.

The Florida Panthers had a "Spacey in Space" night and guess who showed up to join in? That's right, Kevin Spacey. For some reason he's become a bizarre celebrity good luck charm for the team and he's finally come out to see them.

Unfortunately, they lost that game 5-3, but they still seemed happy to see him. 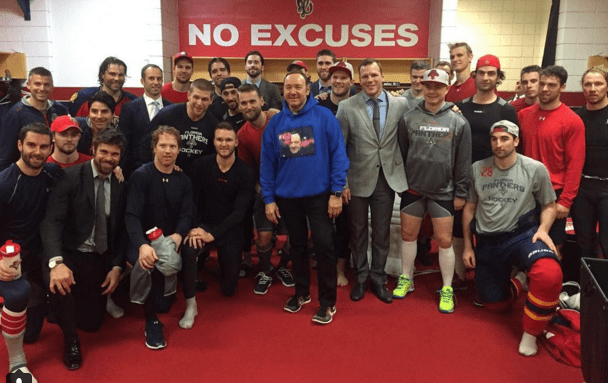 How Not to Interview a Celebrity

I'd Settle for Purgatory

Hell, I'd even take Limbo! No pun intended.