Twitter users are sharing the very worst of the Halloween costumes that they've ever seen. The resulting costumes are just our kind of fails, and just in time for Halloween. You might want to steer clear of trying out any of these costumes unless you're opting for the intentional disaster. 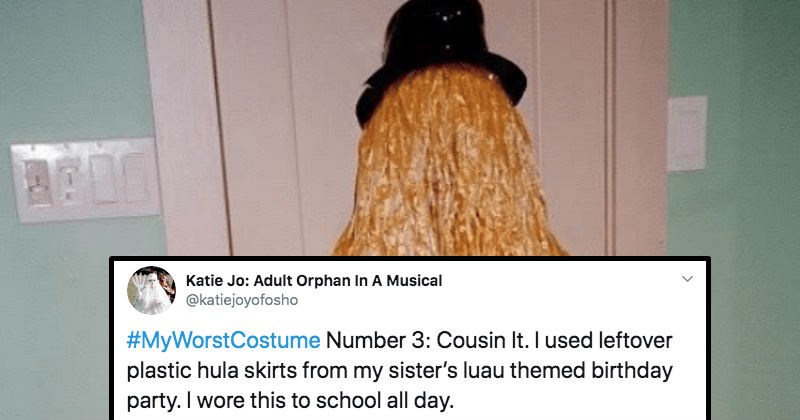 People need costumes and they don't give a damn if they're legit. It takes a precise and creative mind to come up with a costume name that gets the point across without infringing on copyright law. That or, I guess you could just call it "Butt Surprise." Anyway, here are more off-brand costumes that are just legal enough. 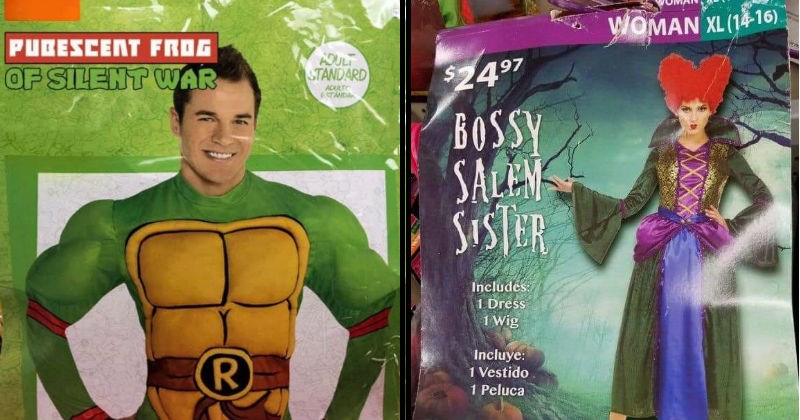 Spooktober is just around the corner and our favorite bootleg crap is filling up store shelves. Costume makers will jump through some amazing hoops in order to not get dinged for intellectual property infringement and the results are pretty awesome. Can we interest you in dressing up as Blue Speed Mouse for halloween? Or how about you favorite Evil Midweek Cutie? For some actually spooky stuff to gear you up for haloween, check out these two-sentence horror stories. 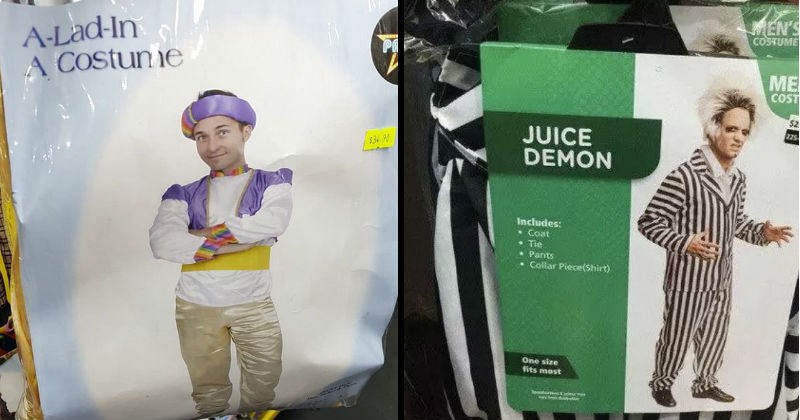 I'm anticipated a lot of nightmares. The cast of the Today show are here to haunt your dreams.

12 Pun-ishingly Clever Halloween Costumes to Put Yours to Shame

Thought you could get away with the same old classic costume this year? Thought you could pop some fake teeth in, throw on a cape, and call yourself George Washington? Not so fast. These people went the extra mile for the sake of creativity. 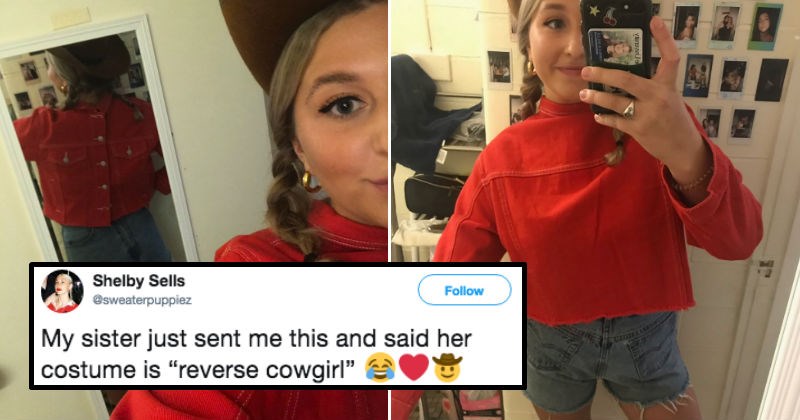 17 Bootleg Halloween Costumes That Are Better than the Originals

With these off-brand halloween costumes, you'll fit right in with the likes of your favorites like superhero Arachnid-Human! Or how about something from the Magical World of  Larry Plopper, the teen warlock! 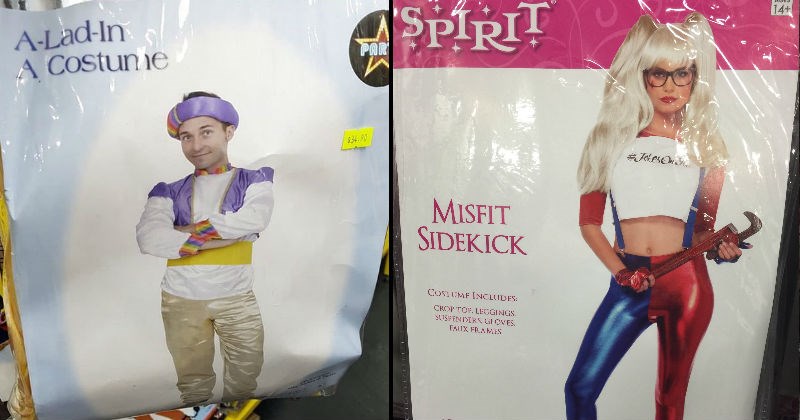 These hilarious Halloween costumes either nailed it or missed the mark completely. Which is which? We'll let you decide. 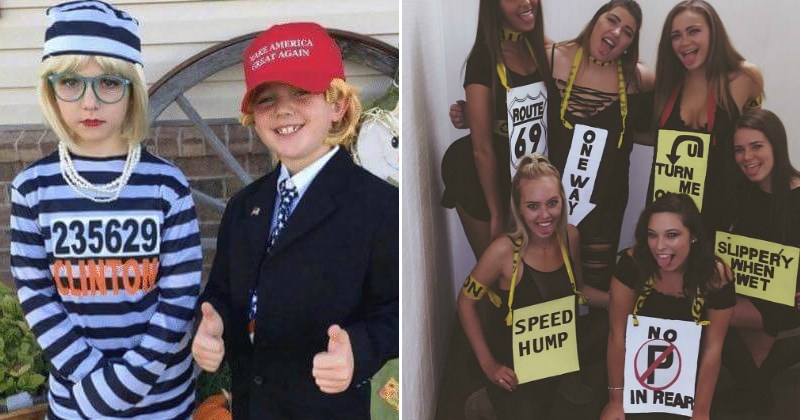 When I saw this bit of Halloween-themed, trending news hop across my feed I was genuinely entertained; they outdid themselves with the timely creativity here. Honestly, let's get these gems on the shelves! Solid cultural commentary going on here. Which one's your favorite? 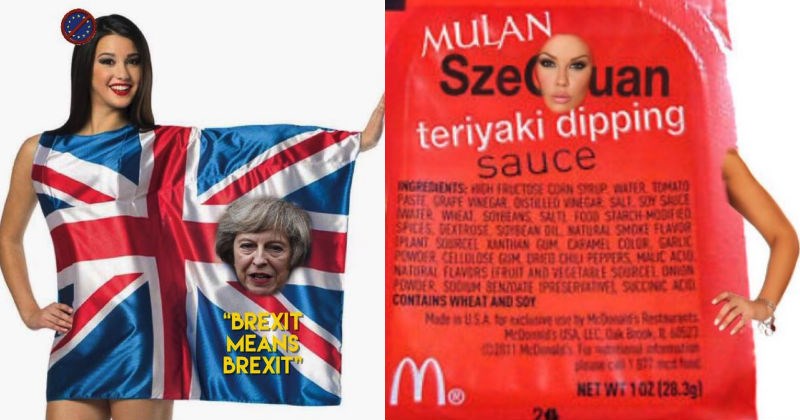 Actress Lili Reinhart tweeted the below photo of a Halloween costume that she was interested in rocking for the upcoming holiday and quickly removed it after receiving some negative feedback.

She apologized for posting the 'blackface' costume which prompted the discussion on whether or not this was even blackface.

As Twitter user 'Audny' points out, it's really more offensive that people thought the demon costume was a representation of a black person.

We're putting this one in the 'Massive Overreaction' column. 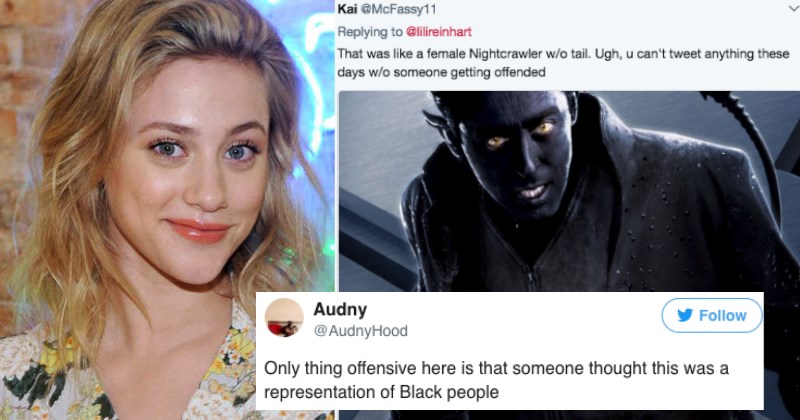 The 6 Girls You Meet On Halloween

Via BuzzFeed
Repost
Recaption
Comments
Advertisement
The Daily What
Favorite

Nightmare Fuel of The Day: The 'Today Show' Dressed up as Peanuts and Scared America 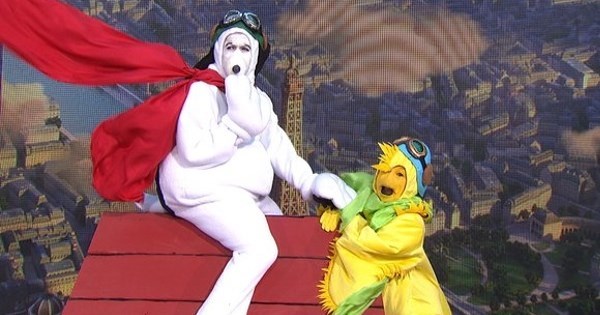 The Today Show thought it would be a good idea to ruin Peanuts characters forever by dressing up hosts as life-size, super realistic versions of the comic strip.

Here is the nightmare fuel people were unjustly subjected to. The American people were clearly traumatized.

Nothing is more upsetting or a worse idea- historical atrocities included - than the Today show anchors dressed up like Peanuts characters.

I was worried I was incapable of being terrified by films or TV anymore. Then I saw the TODAY show cast in their PEANUTS make-up. #purefear

Shame on you, Today Show. 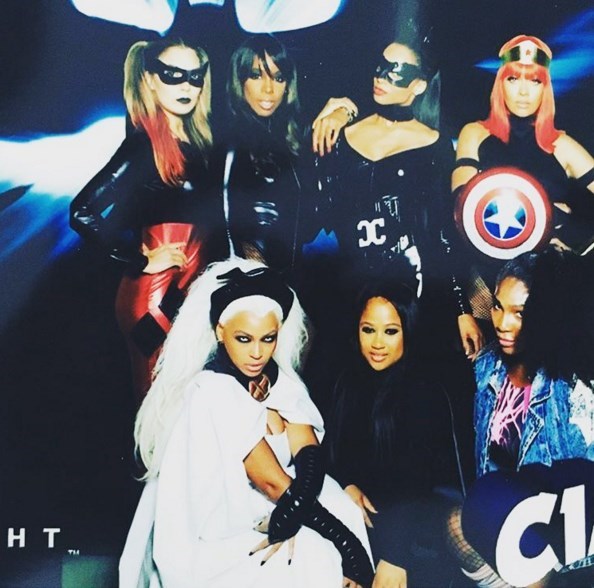 Beyonce dressed as Storm for Ciara's birthday party. As with anything else she pulled off the costume flawlessly but someone on the internet didn't see it that way.

What Do Colton Haynes & Dirk Nowitzki Have in Common? Great Halloween Costumes

The Two Types of Girls During Halloween

Guy Beats Craigslist Scammer At Their Own Game