Someone on AskReddit got a wild thread going about the meals that people would serve Gordon Ramsay to torture him to no end. Gordon Ramsay's obviously established himself as the king of roasts in the realm of cooking, so it's honestly overwhelming to imagine what kinds of insults he'd dish out if he were ever served any of these devilish creations. 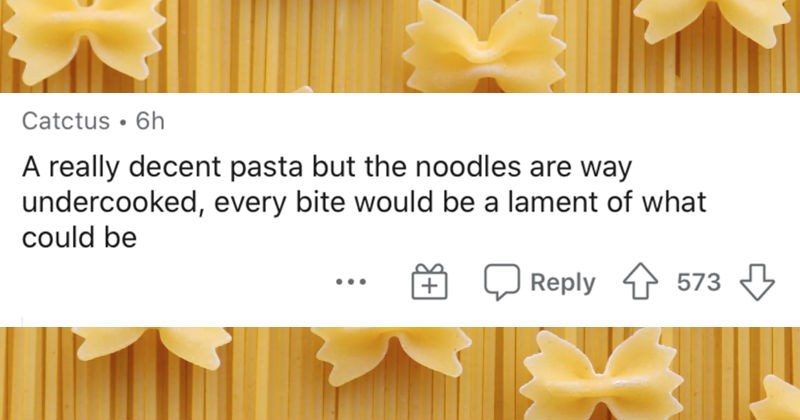 The ignorance achieved such levels that Gordon Ramsay was genuinely bewildered as to how someone could possibly not mean to serve another person straight up rancid scallops.

Everyone knows that Gordon Ramsay's whole thing is that he abuses chef contestants, but this time it's about his raw physicality and willingness to slap a raw salmon filet into a supernova of pink slop. They even went and added some extra audio effects to get the point across.

Man, you never see the infamous roast god that is Gordon Ramsay get pushed back on his heels by someone else with a seemingly superhuman level of confidence. Well, Chef Gino D'Acampo certainly pulled off the unthinkable with his spicy banter.

Dang, when Gordon Ramsay dropped that line about how the wedding cake should be served at a divorce hearing he really brought the fire.

You know you've done something right when Gordon Ramsay finishes the food you made.

Thinking he was making the more affordable choice, this guy accidentally ate himself a few hundred dollar's worth of high-end beef. Without the knowledge that this is how restaurants price this stuff, we would probably have made the same mistake. For some other things to not buy, here are absurdly overpriced things people have seen. 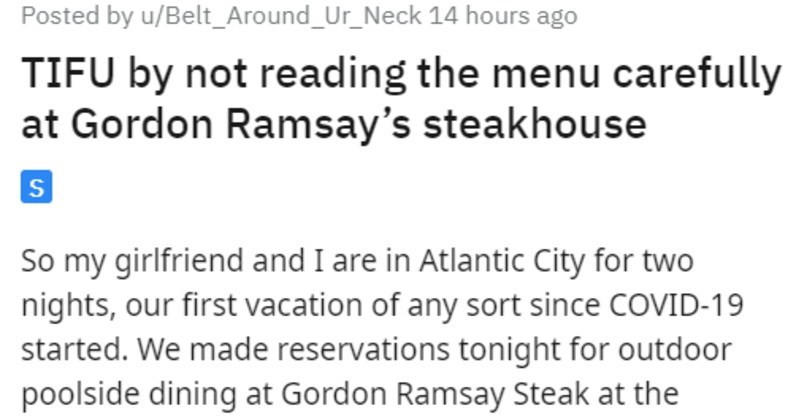 Shoutout to the camera man that had to run along with Gordon Ramsay. That being said, this is actually pretty impressive.

Someone started a fun AskReddit thread on the various foods that people could cook, prepare, etc. torment Gordon Ramsay to no end. We can just imagine Gordon foaming at the mouth, red faced, and lost in an abyss of rage over these abominations. Who knows what he'd come up with in the way of those iconic Gordon Ramsay roasts in response to these foods. 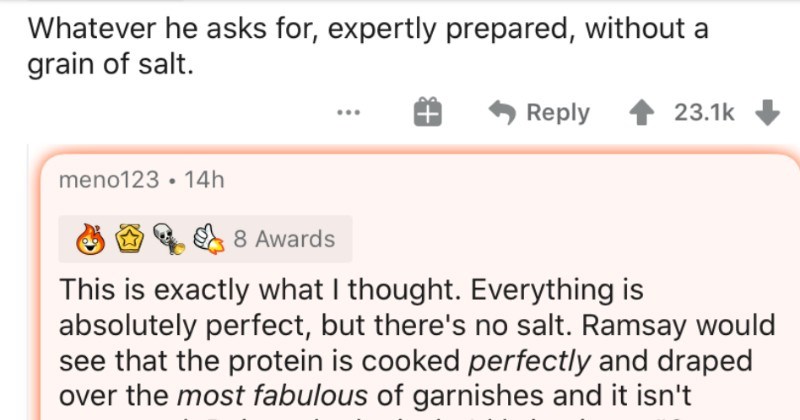 Steve-O Makes Omelette, Then Takes Hot Sauce To The Eyeball

Steve-O always knows how to take an otherwise operational, smoothly flowing environment, and transform it into utter chaos. In this case, Steve-O makes an omelette with Gordon Ramsay. You can see some sort of giddy anticipation building in Steve-O's eyes as they wrap up the cooking process. And then boom. He's leaving the roast master Gordon Ramsay at a loss for words as he takes a shot of hot sauce to the eyeball.

Gordon Ramsay would have his way with a whole lot of kitchens out there. The infamous wordsmith, the roast master, the creator of such savage rare insults that people melt before his eyes, would no doubt tear into most kitchens. It's just part of what he does. That being said, these folks offered up their kitchen setups as tribute to a fun thread about how Gordon Ramsay would roast them to oblivion. Check out people's favorite Gordon Ramsay insults over here. 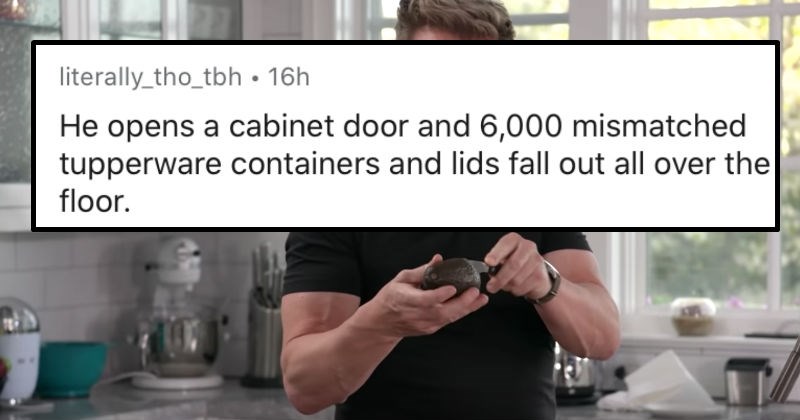 Gordon Ramsay is really good at getting angry and making money off of it. 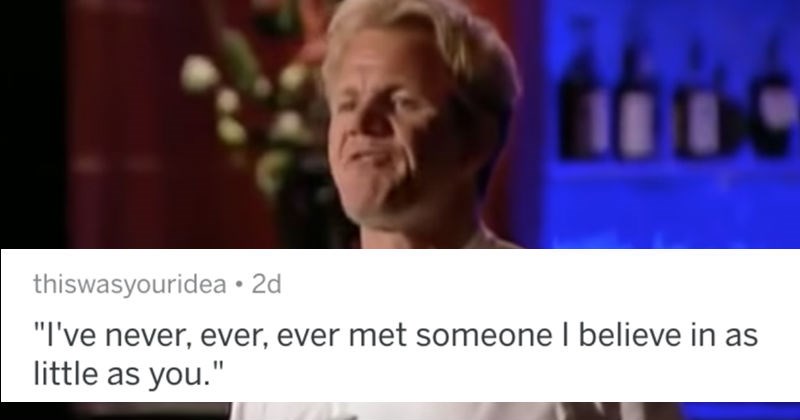 Via All 4
Repost
Recaption

Pretty sure his accent only makes his insults all the more effective!

We're pretty sure these people know what they're getting themselves into when they send pictures of food to Gordon Ramsay, a celebrity chef known for having high standards and being mean. Some even troll him by making food that's extra terrible, just to see what he'll say. That said we're in no place to judge, we don't even eat half as well as some of these attempts. 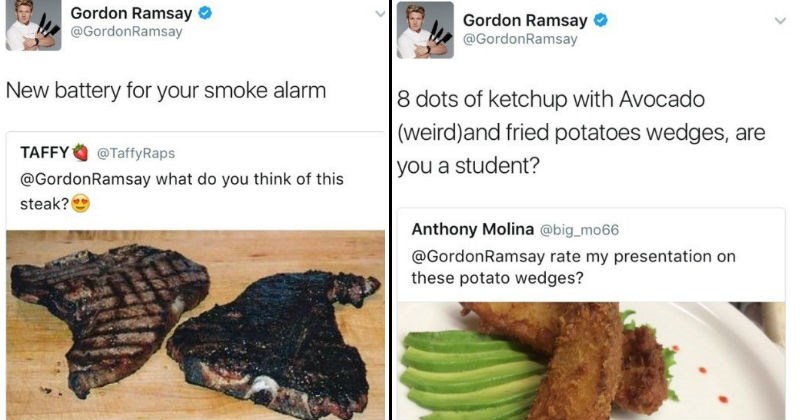